The Madurese (sometimes Madurace or Madhure; also known as Orang Madura and Suku Madura in Indonesian) are an ethnic group originally from the island of Madura now found in many parts of Indonesia, where they are the third-largest ethnic group by population. Common to most Madurese throughout the archipelago is the Islamic religion and the use of the Madurese language.

The Madurese are a religious ethnicity, often affiliated with Nahdlatul Ulama, a moderate Indonesian Muslim organization. Pesantren has a pivotal role in Madurese life.

more..
While the Madurese have their roots on Madura off the northeastern coast of Java, the majority of Madurese do not now live on that island. The Madurese people have migrated out of Madura over several hundred years, mostly driven by poor agricultural resources in their home island. The majority have settled on Java, where an estimated six million Madurese live, especially in East Java where they form about half the population.

Official and academic data on the population of Madurese people vary considerably. During the nationwide population census conducted in Indonesia in 2010, the Madurese people make up 3.03% of the country’s population, that is 7,179,356 people. On the other hand, some scientific sources operate with significantly larger figures around 10.5 to 10.8 million people. In any case, the Madurese people are among the largest ethnics of Indonesia, thus, according to the statistics of the 2010 census, they occupy the fourth largest ethnic group after the Javanese people, Sundanese people, and Batak people. 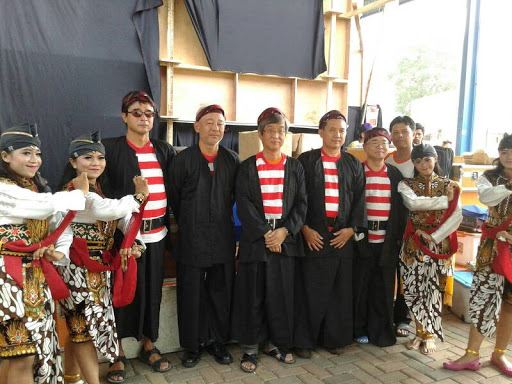 Historically, the Madurese people inhabit Madura Island and located to the east of it, a group of smaller islands in Java Sea such as Kambing Island, Sapudi Islands and Kangean Islands. Here they number about 3.3 million people, which is more than 90% of the population in these territories.

Approximately the same number of Madurese people living in the eastern end of the Java Island, and more than 400,000 people in various parts of the Indonesian part of the island of Kalimantan. In addition, tens of thousands of the Madurese people live in other regions of Indonesia.

The Madurese people speak the Madurese language, which belongs to the Austronesian family, more specifically the Malayo-Sumbawan group. It is divided into several dialects. Linguistically, there are different points of view regarding the dialects of the Madurese language. Older works would normally identify two or four dialects, but modern specialists have concluded that there are six dialects. 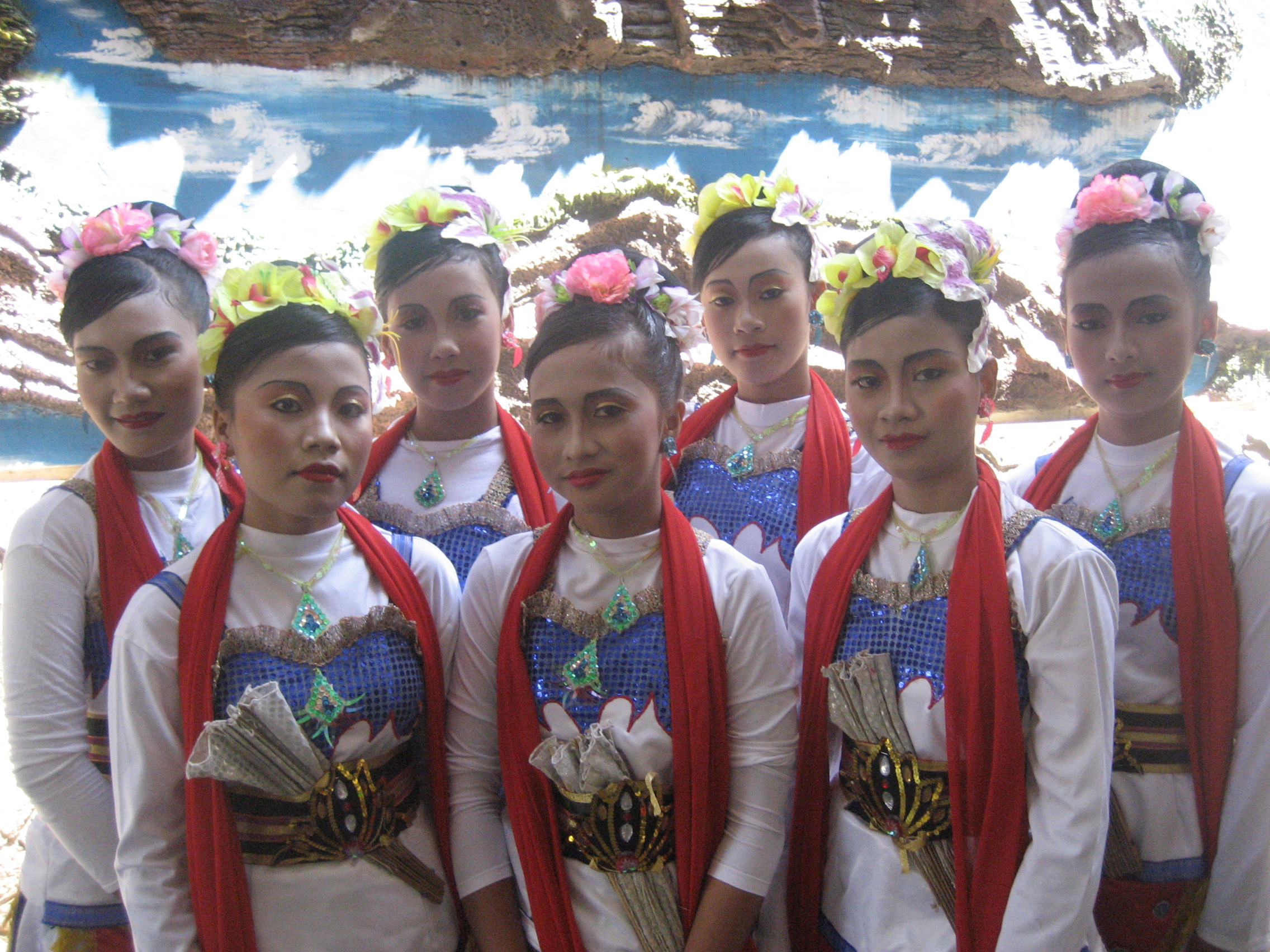 The most developed dialect in the lexical terms is the Sumenep dialect, which underlies the literary Madurese language. The most common dialect is Bangkalan, which often functions as a lingua franca between Madurese people from different localities.

In some parts of East Java among a significant number of Madurese population, a peculiar mixed of Madurese-Javanese dialect has formed. In addition to these native languages, many are also fluent in Indonesian, the national language.

There are also Madurese who practice other religions, such as Christianity (both Protestantism and Catholicism) making up not more than 0.2%, and the rest of the other proportion of those professing other religions is extremely small such as Hinduism. Protestant Madurese can be found in northeastern part of Jember Regency, where they have a church that delivers sermon in Madurese, located in Sumberpakem village, Sumberjambe district. The church is a member of East Java Christian Church. 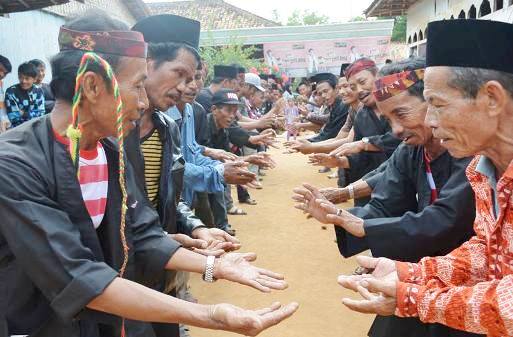 Family is important to the Madurese and they commonly live in villages that function around an Islamic religious center. According to Islamic law, a man may have more than one wife. Marriage proposals are usually made by the groom’s parents, preferably to a first or second cousin.

If the proposal is accepted, the bride’s parents are then presented with the “bride price”, which is usually cattle. The groom’s parents then set the date for the upcoming wedding. Newlywed couples often live with the bride’s family. Islam is an integral part of the social, political and economic life of the Madurese.

The main traditional occupations of the Madurese are animal farming, which mainly includes breeding of cattle, goats, horses, poultry and fighting cocks. The Madurese are known for herding cattle, hence they are often referred by a common nickname as the “cowboys” of Indonesia. Cattle are an important part of the culture, and bull-racing is one of their favorite sports. 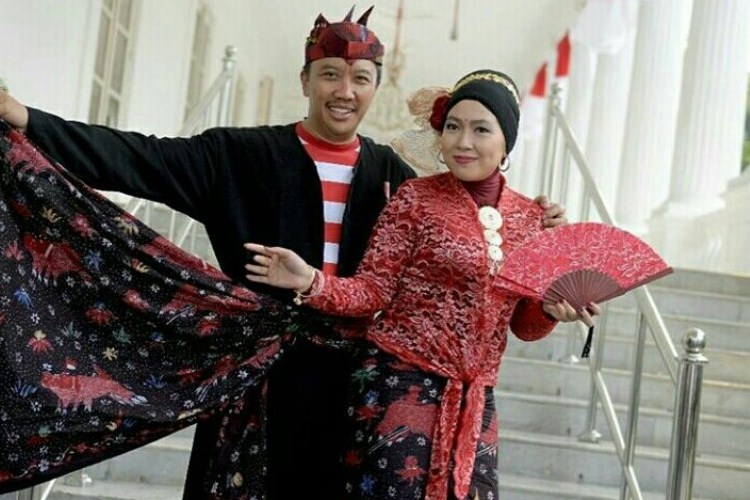 The main crops are such as corn, cassava, rice, tobacco, beans and cloves. Among craftsmen, tanning, pottery, batik manufacturing, blacksmithing, as well as small vassals and boat builders are also important occupations. In coastal areas, the Madurese are actively engaged in fishing, trading and as well as extraction of salt (from Madura Island).

Lastly, the Madurese people also enjoyed a reputation in the region as skilled seafarers. Madurese residents of large cities, particularly in eastern Surabaya are actively involved in modern economic sectors. 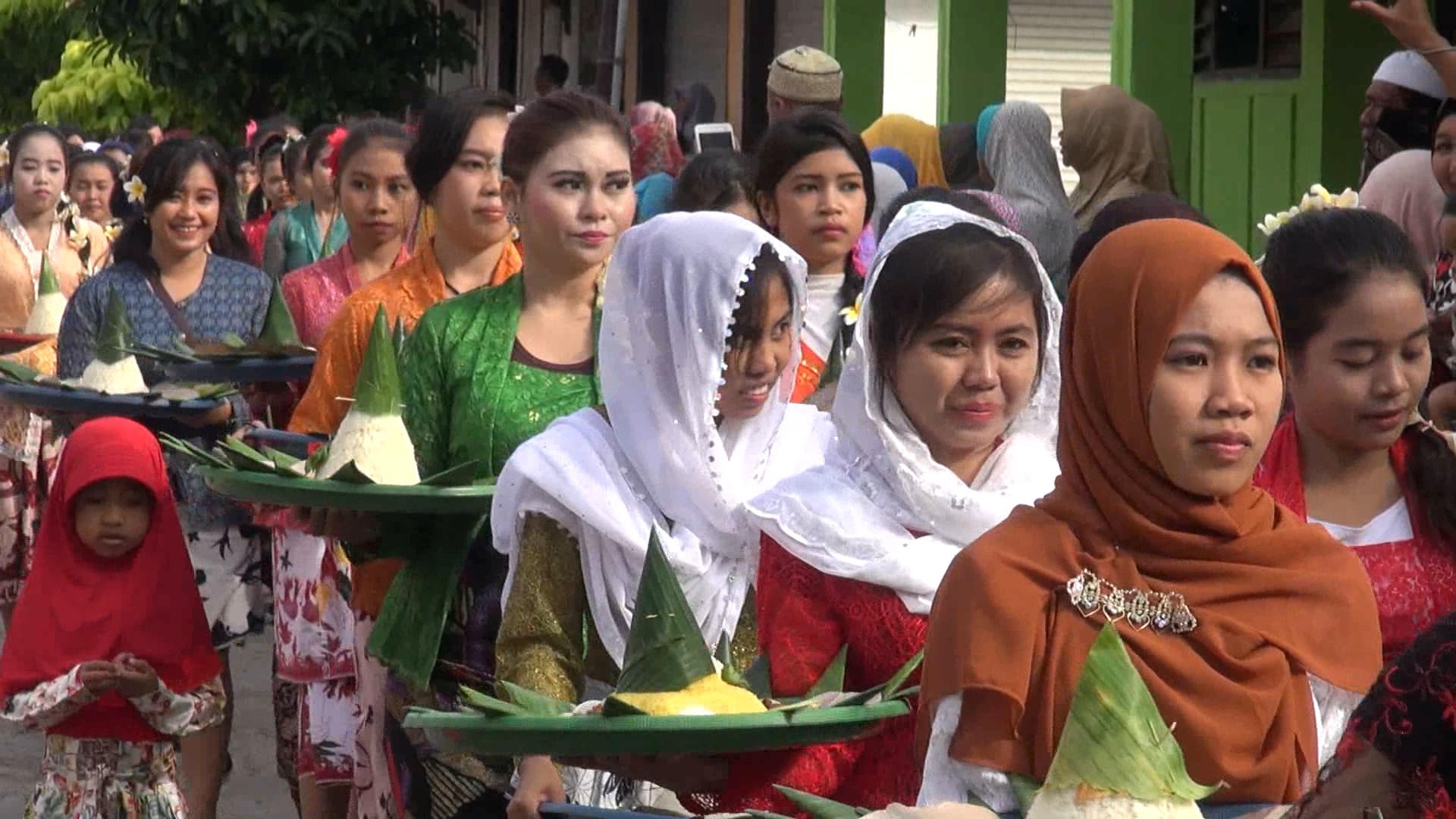 Traditional Madurese settlements are scattered and rarely linear in layout, depending rather on the direction of the roads. In most villages, there are paddocks for cattle raring. Houses are made of bamboo and often built on low stilts.

They have a frame structure usually supplemented with a veranda. Roofs are covered with palm leaves or reeds, however from the last third of the 20th century, the usage of roof tiles are becoming increasingly common.

Low yields on soils had long served the cause of mass migrant labor and the relocation of the local population outside the island, where the Madurese were major clients of the government’s large-scale transmigration programmes undertaken by both the Dutch colonial administration as well as the authorities of independent Indonesia in the nineteenth and twentieth centuries, through which they settled in relatively sparsely populated areas of Indonesia’s other islands, especially Kalimantan.

As a result of this program, more than half of the ethnic Madurese people currently living outside of their customary homeland had settled in many regions of Indonesia, where communities of former transmigrants and their descendants that still maintain their Madurese identity. 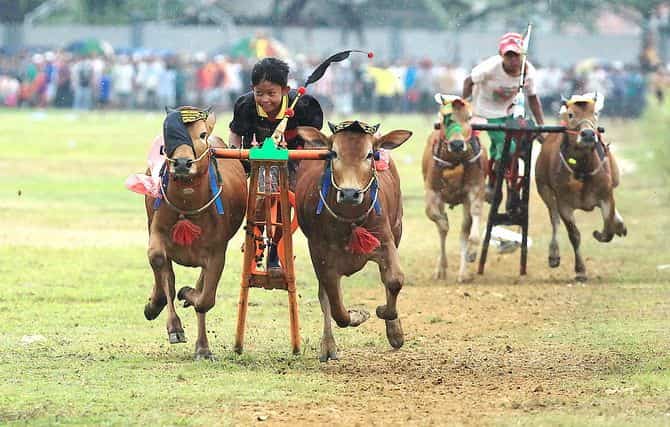 Culturally the Madurese people are close enough to eastern Javanese that they share similar forms of folklore, music (including gamelan), dance, and shadow theater or wayang. The traditional attire, however, is very specific to the Madurese people. Men would wear a completely black long-skirted coat with a wide belt, which most often hooks under a shirt that comes in broad red and white stripes, along with a checkered sarong. While women would have donned a dark blue or mottled jacket over a sarong.

A truly unique tradition of the islanders is bull racing, known as Karapan sapi, where local bred bulls harnessed in special light carts are led by a charioteer, usually a young man or teenager. Such competitions are typical of Madura, where they serve as its main tourist attraction. Races are held annually in August and October in different localities, after which their winners compete in the final round, which is traditionally held in Pamekasan. Races are usually accompanied by gamelan performances and folk festivities.

By the end of the 1980s, the popularity of Madurese bull racing had grown so much that the winner of the competition would be awarded with a prize on behalf of the President of Indonesia. In addition, the scene of the races was depicted on the reverse of coins of 100 Indonesian rupiah, produced from 1991 to 1998. 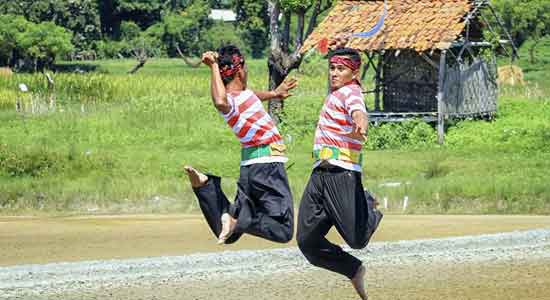 Traditionally in terms of socio-economic life of the Madurese people, there had been a visible impact on their national character. They are often characterized as hard workers, stubborn, courageous, possessing integrity, loyal, generous, fair; and, at the same time, sharpness, resentment, extreme frugality, isolation, arrogant, hot-tempered, prone to violence and distrust towards strangers – especially against the backdrop of kindness and sociability of their neighbors such as the Javanese people.

In rural areas, the Madurese still practice an ancient tradition of vendetta, called “charok” (carok) which literally means “battle of honor”. In the 1990s, law enforcement agencies in each of the four districts in Madura have recorded dozens of cases each year. The killing may provoke resentment, quite small by the standards of ordinary European or Indonesian. According to local criminal statistics, most of the reason for such attacks are usually molestation of women or property dispute, but it often happens that the Madurese’s cruel revenge is motivated by an insufficiently polite treatment or insult in public places to one’s honor.

There are various shapes and types, as well as tastes and aromas, from dozens of traditional foods, snacks, and drinks, from Madurese. All of them represent habits, tastes, as well as a wealth of local ingredients to make them. 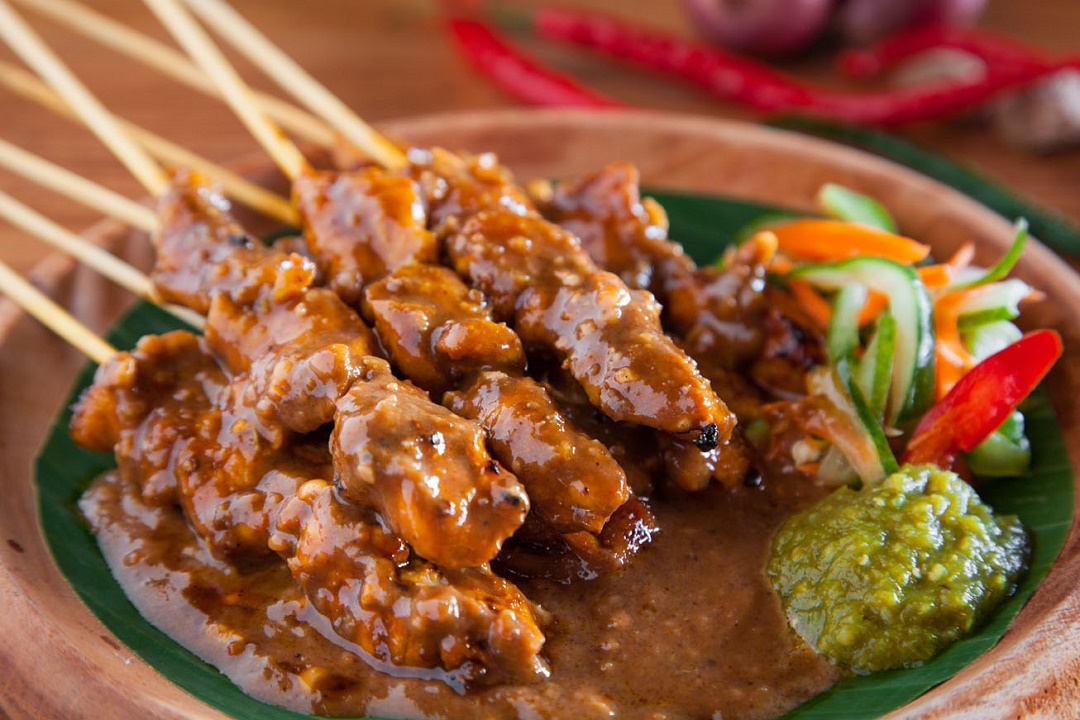 Madurese cuisine is a cuisine tradition of Madurese people from Madura Island in Indonesia. This cuisine also known in East Java as well as on the south coast of Kalimantan. Madura cuisine has salty, savoury and spicy tastes with Javanese-influenced.

Madurese foods add petis ikan which is made from fish instead of shrimp. The Madurese-style satay is probably the most popular satay variants in Indonesia. Some of its popular dishes are chicken satay, mutton satay, Madurese soto, goat soup and peanut sauce.

As a leading salt production center in Indonesian archipelago, Madura dishes are often saltier compared to other East Javanese foods.