The Batak tribe is one of the largest ethnic groups in Indonesia, based on a census from the Central Statistics Agency in 2010. This name is a collective theme to identify several ethnic groups who live and originate from the West Coast and East Coast in North Sumatra Province. Ethnic groups that are categorized as Batak are Angkola, Karo, Mandailing, Pakpak / Dairi, Simalungun, and Toba. Batak are a group of tribes that inhabit most of North Sumatra. However, people often think that the mention of Batak is only in the Toba tribe, whereas Batak is not only the Toba tribe.
more..
Currently, the Batak people generally adhere to Protestant Christianity, Catholic Christianity and Islam. But there are also those who adhere to traditional beliefs, namely: the Malim tradition (its adherents are called Parmalim) and also adhere to animistic beliefs, although now the number of adherents of these two teachings is decreasing.

Batak identity is popular in modern Indonesian history after the founding and incorporation of youths from Angkola, Mandailing, Karo, Toba, Simalungun, Pakpak in an organization called Jong Batak in 1926, without distinguishing religions in one understanding: Our Batak language is so rich in poetry, Sayings and Proverbs which contain a world of wisdom in its own right, The language is the same from North to South, but is clearly divided into various dialects. We have our own culture, our own script, high quality building art which throughout the ages still proves that we have powerful ancestors, the clan system that applies to all groups of the population of our country shows a wise state system, we have the right to establish a Batak union which typical, who can defend our interests and protect that ancient culture. 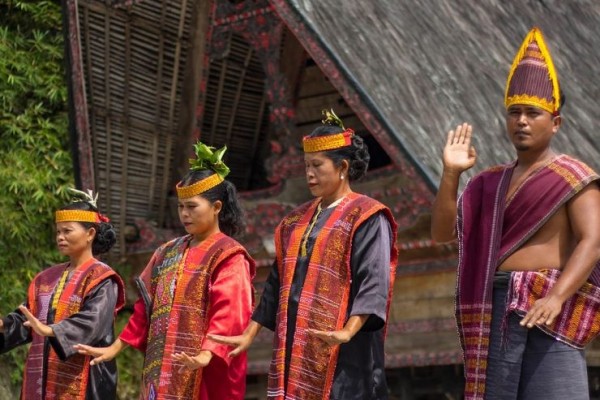 Before the Toba Batak embraced Protestant Christianity, they had a religious and belief system towards Mulajadi na Bolon who had power over the sky and the emanation of his power was manifested in the Natolu Debata.

Regarding soul and spirit, the Toba Batak tribe recognizes three concepts, namely:
Tendi / tondi: is the soul or spirit of a person which is power, therefore tondi gives life to humans. Tondi is obtained since a person is in the womb. When tondi leaves someone’s body, then that person will get sick or die, a mangalap ceremony (to pick up) tondi from the sombaon is held which captivates him.
Sahala: is the soul or spirit power that a person has. Everyone has tondi, but not everyone has sahala. Sahala is the same as sumanta, fortune or supernatural powers possessed by kings or hula-hula.
Begu: is the tondi of people who have died, whose behavior is the same as that of humans, only appears at night. 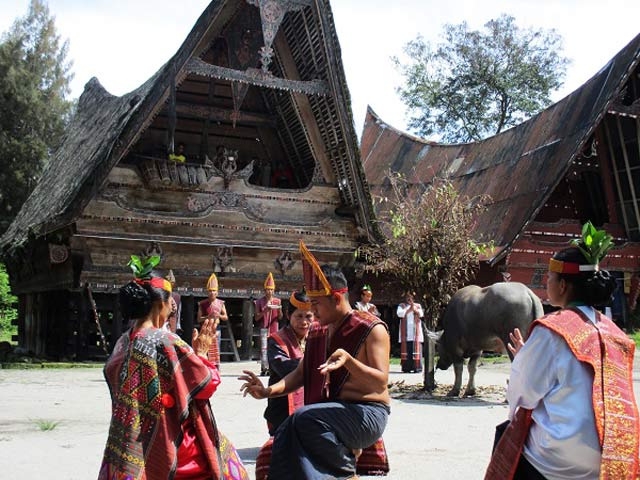 Kinship is related to the legal relationship between people in social life. There are two forms of kinship for the Batak tribe, namely based on lineage (genealogy) and based on sociology, while territorial kinship does not exist.

The form of kinship based on lineage (genealogy) can be seen from the lineage of clans starting from Si Raja Batak, where all Batak ethnic groups have clans. Meanwhile, sociological-based kinship occurs through agreement (match between certain clans) and by marriage.

In the Batak tradition, what constitutes the unity of the Adat is the blood ties within the clan, then the Marga. This means for example Harahap, the customary unit is the Harahap vs other clans. This is due to the fact that the Batak Adat / Batak Tradition is dynamic in nature, which is often adjusted to the time and place, which affects the differences in traditional patterns between regions.

There is a philosophy in the parable in the Toba Batak language which reads: Jonok dongan partubu jonokan do dongan parhundul. is a philosophy so that we always maintain good relations with our neighbors, because they are the closest friends. However, in the implementation of adat, the first thing to look for is the same clan, although basically neighbors should not be forgotten in the implementation of Adat.

Batak people uphold their customs. Even before being born into the world, the Batak people (still in the womb) have practiced adatl, until a Batak person dies and becomes the bones there are still a series of customs. This does not show the complexity of the Batak and its customs, it shows that all events are always indicated by celebrations and thanksgiving and Adat is used as a sign. 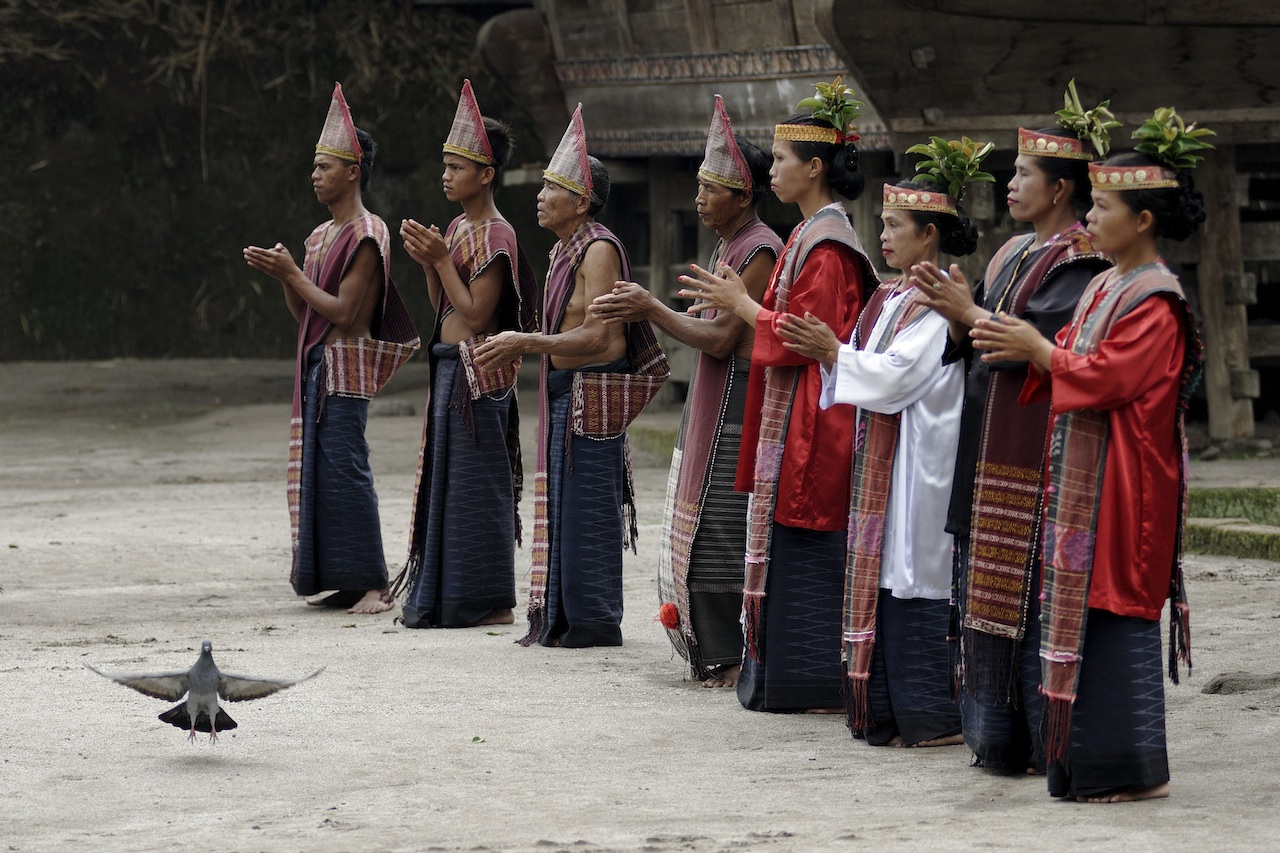 The Batak community has a philosophy, principles as well as a structure and system in their society, namely what in the Toba Batak language is called Dalihan na Tolu. The following is the mention of Dalihan Natolu according to the six Batak clans.

– Hulahula / Mora is the wife’s family side. These hulas occupy the most respected positions in Batak society and customs (all Batak sub-tribes) so that all Batak people are ordered to respect the Hulahula (Somba marhula-hula). 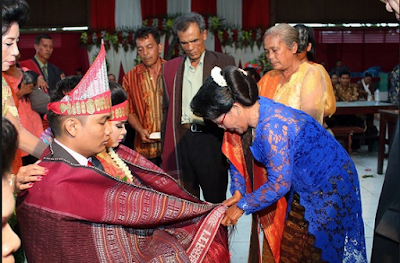 – Dongan Tubu / Hahanggi also known as Dongan Sabutuha is the brother of one clan. The literal meaning is born from the same stomach. They are like trunks of trees close to each other, supporting each other, although because they are so close they sometimes rub against each other. However, disputes do not separate clan relations. It is likened to water being split with a knife, although it is split, it remains united. However, all Batak people (with Batak culture) are ordered to be wise to their fellow clans. It is termed, manat mardongan tubu.

– Boru / Anak Boru is a family party who takes a wife from one clan (another family). This boru occupies the lowest position as ‘parhobas’ or servants, both in daily interactions and (especially) in every traditional ceremony. However, even though it functions as a servant, it does not mean that it can be treated arbitrarily. But the boru must be taken in, persuaded, termed: Elek marboru.

However, that does not mean that there is a caste in the Batak kinship system. The Dalihan na Tolu kinship system is contextual. According to the context, all Batak people must have been Hulahula, as well as Dongan Tubu, as well as Boru. So everyone must put his position contextually. 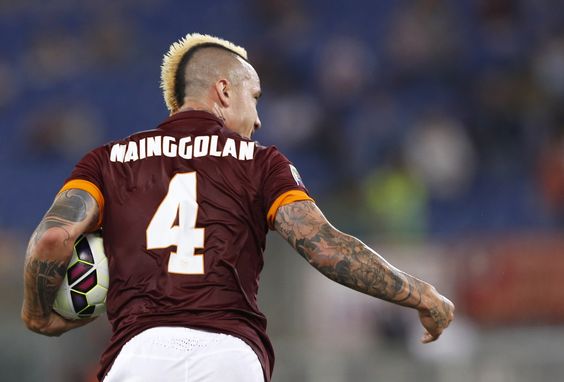 Each Batak tribe has its own unique greeting. Although the Batak tribe is famous for its Horas greetings, there are still two more greetings that are less popular in the community, namely Mejuah juah and Njuah juah. Horas itself still has a mention of each based on the Tribe who uses it ;