Lake Toba (Indonesian: Danau Toba) is a large natural lake in North Sumatra, Indonesia, occupying the caldera of a supervolcano. The lake is located in the middle of the northern part of the island of Sumatra, with a surface elevation of about 900 metres (2,953 ft), the lake stretches from 2.88°N 98.52°E to WikiMiniAtlas2.35°N 99.1°E. The lake is about 100 kilometres (62 miles) long, 30 kilometres (19 mi) wide, and up to 505 metres (1,657 ft) deep. It is the largest lake in Indonesia and the largest volcanic lake in the world. Toba Caldera is one of twenty Geoparks in Indonesia, and was recognised in July 2020 as one of the UNESCO Global Geoparks.
more..

Lake Toba is the site of a supervolcanic eruption estimated at VEI 8 that occurred 69,000 to 77,000 years ago, representing a climate-changing event. Recent advances in dating methods suggest a more accurate identification of 74,000 years ago as the date. It is the largest-known explosive eruption on Earth in the last 25 million years. According to the Toba catastrophe theory, it had global consequences for human populations; it killed most humans living at that time and is believed to have created a population bottleneck in central east Africa and India, which affects the genetic make-up of the human worldwide population to the present. More recent studies have cast doubt on this theory and found no evidence of substantial changes in population.

It has been accepted that the eruption of the Toba Caldera led to a volcanic winter with a worldwide decrease in temperature between 3 to 5 °C (5.4 to 9.0 °F), and up to 15 °C (27 °F) in higher latitudes. Additional studies in Lake Malawi in East Africa show significant amounts of ash being deposited from the Toba Caldera eruptions, even at that great distance, but little indication of a significant climatic effect in East Africa. 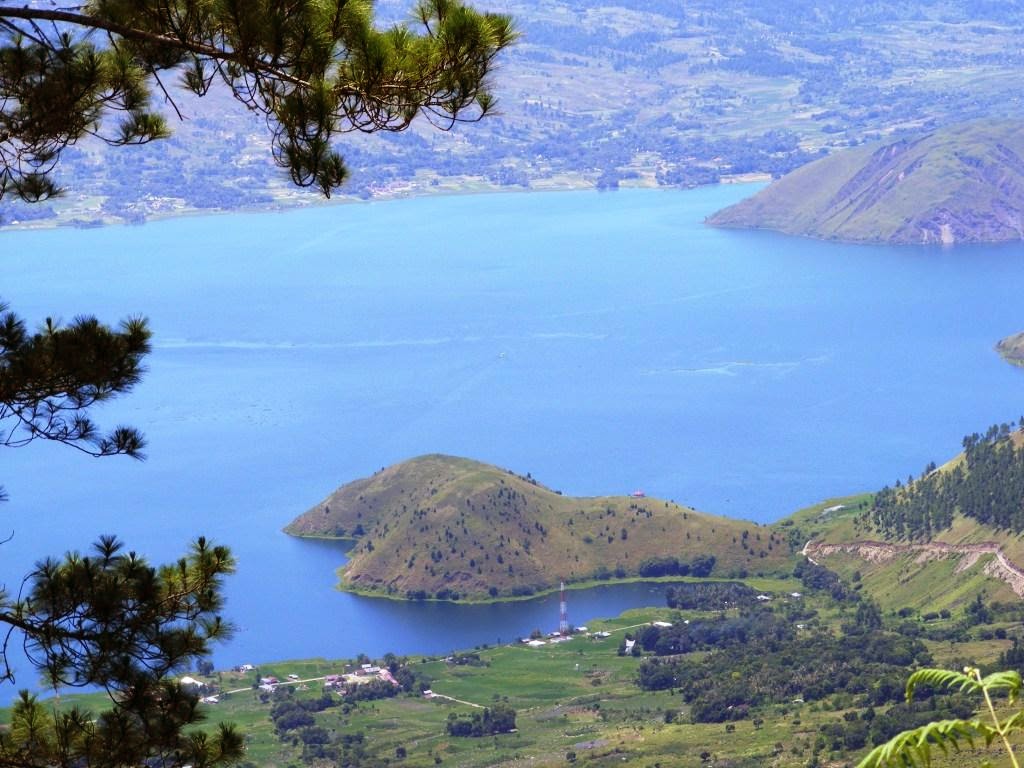 The Toba Caldera in North Sumatra comprises four overlapping volcanic craters that adjoin the Sumatran “volcanic front”. At 100 by 30 kilometres (62 by 19 mi) it is the world’s largest Quaternary caldera, and the fourth and youngest caldera. It intersects the three older calderas. An estimated 2,800 km3 (670 cu mi) of dense-rock equivalent pyroclastic material, known as the youngest Toba tuff, was released during one of the largest explosive volcanic eruptions in recent geological history.

Following this eruption, a resurgent dome formed within the new caldera, joining two half-domes separated by a longitudinal graben.

At least four cones, four stratovolcanoes, and three craters are visible in the lake. The Tandukbenua cone on the northwestern edge of the caldera has only sparse vegetation, suggesting a young age of several hundred years. Also, the Pusubukit (Hill Center) volcano (1,971 m (6,467 ft) above sea level) on the south edge of the caldera is solfatarically active. 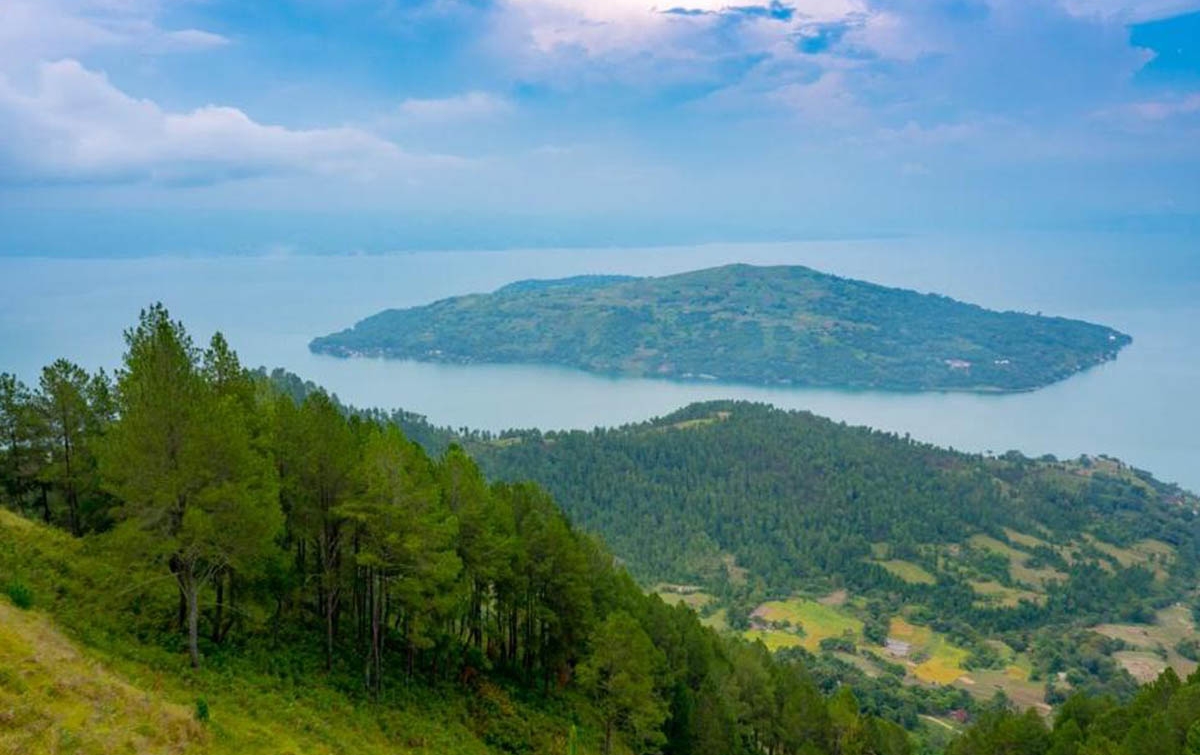 Since the major eruption ~70,000 years ago, eruptions of smaller magnitude have also occurred at Toba. The small cone of Pusukbukit formed on the southwestern margin of the caldera and lava domes. The most recent eruption may have been at Tandukbenua on the northwestern caldera edge, suggested by a lack of vegetation that could be due to an eruption within the last few hundred years.

Some parts of the caldera have shown uplift due to partial refilling of the magma chamber, for example, pushing Samosir Island and the Uluan Peninsula above the surface of the lake. The lake sediments on Samosir Island show that it has risen by at least 450 m (1,476 ft) since the cataclysmic eruption. Such uplifts are common in very large calderas, apparently due to the upward pressure of below-ground magma. Toba is probably the largest resurgent caldera on Earth. Large earthquakes have recently occurred in the vicinity of the volcano, notably in 1987 along the southern shore of the lake at a depth of 11 km (6.8 mi). 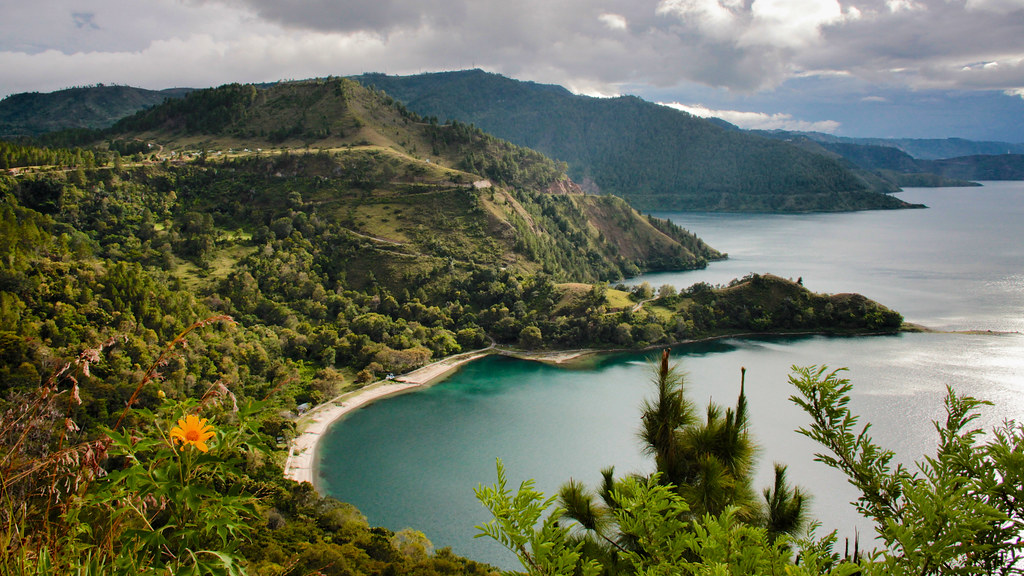 The landscape of Lake Toba (Toba Caldera Geopark – TCG) is as the result of a volcanic massive explosive volcanic eruption which formed caldera. The basin of the caldera filled with water forming a lake which occupies 90 x 30 km2. In the middle of the lake is an island, called Samosir Island. The caldera wall which is commonly steep slopes becomes watershed. The surface elevation is about 2,000 m asl. Lake Toba which is 505 m of depth, and located at 904 m asl of height is the largest lake in Indonesia. 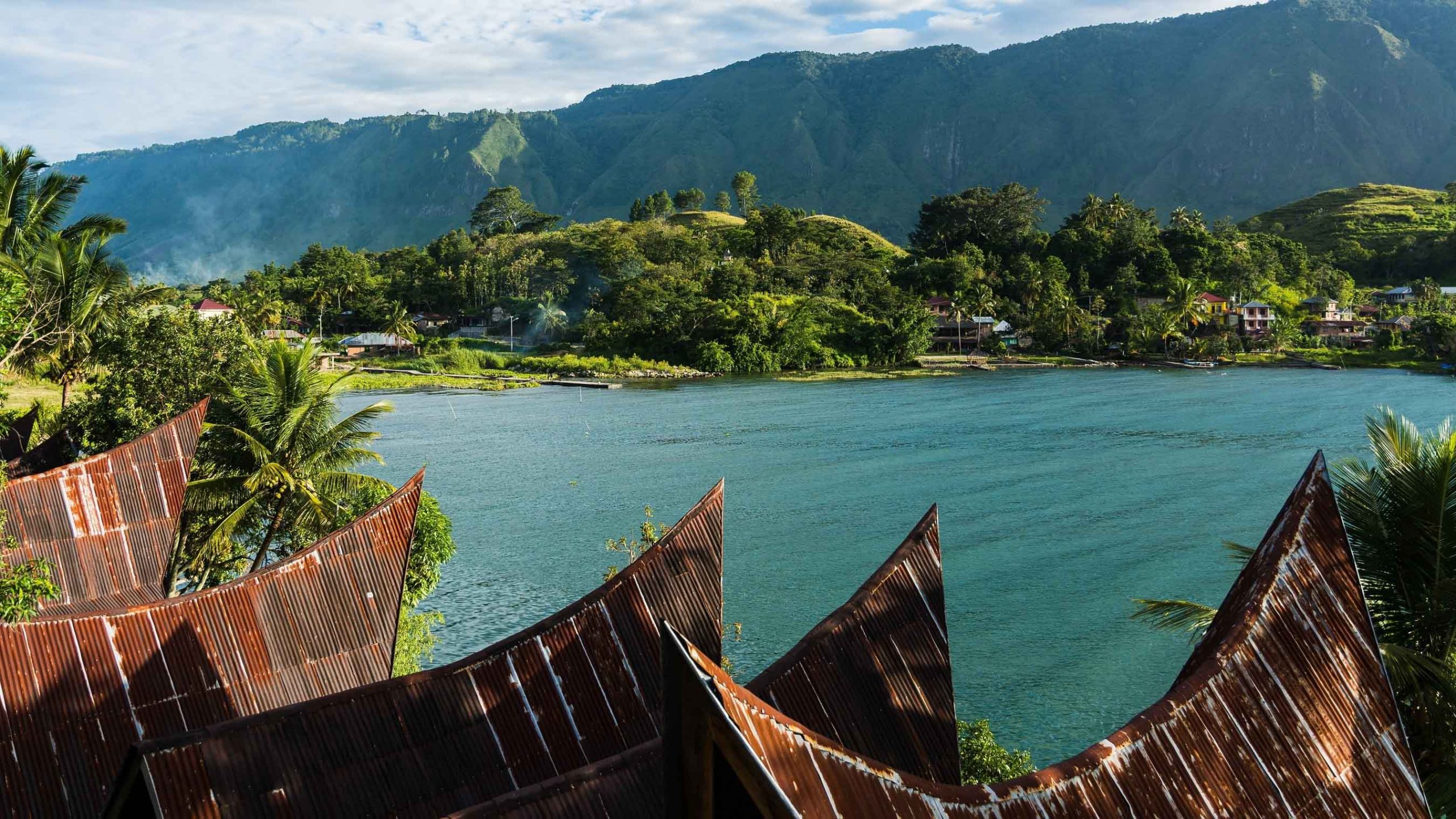 The topography of area around the lake is undulated hills (43%), mountains (30%), and plain (27%). The area of TCG is estimated to have a population of 263.978 distributed in 7 regencies, belong nto the North Sumatra Province. Settlements occupy the plains, where they practice their daily activities.

This area locally inhabited by Batak ethnic group; Batak Toba, Simalungun, Karo and Pakpak ethnics. Batak traditional houses made by wood, with the shapes of the side wall like a boat hull and masts supported by strongly pillars, bounded to each other and placed on the stones foundations without cement, is very valuable ‘local wisdom’. According to the geological conditions that Samosir is highly risks tectonic earthquake prone, subsidence and flooding. 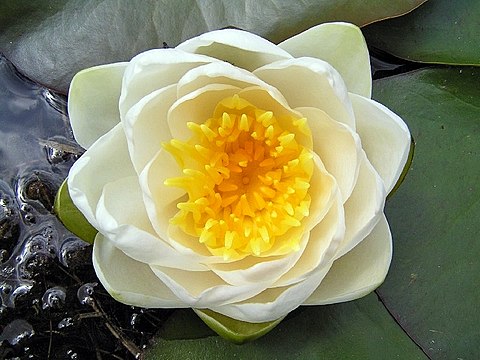 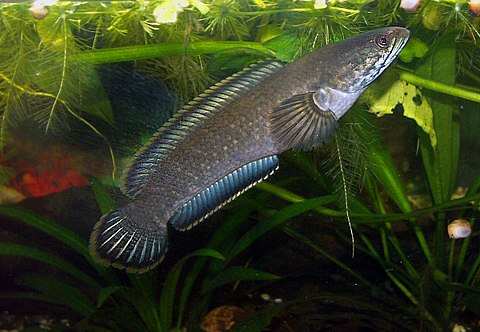 The fauna includes several species of zooplankton and benthic animals. Since the lake is oligotrophic (nutrient-poor), the native fish fauna is relatively scarce, and the only endemics are Rasbora tobana (strictly speaking near-endemic, since also found in some tributary rivers that run into the lake) and Neolissochilus thienemanni, locally known as the Batak fish. The latter species is threatened by deforestation (causing siltation), pollution, changes in water level and the numerous fish species that have been introduced to the lake. 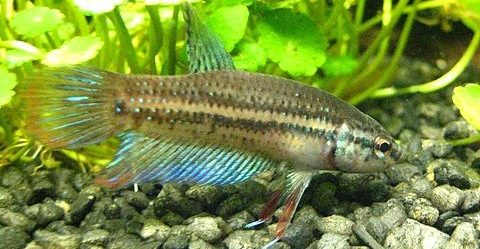