The Badui tribe or sometimes called the Baduy is an ethnic group of the Sundanese indigenous people in the interior of Lebak Regency, Banten Province. Their population is about 26,000 people, they are one of the groups of people who shut themselves off from the outside world. In addition, they also have taboo beliefs to be documented, especially residents of the Inner Bedouin area.
more..

Ethnically, the Badui are included in the Sundanese ethnic group, they are considered as an inland Sundanese tribe that has not been affected by modernization or a group that is almost completely isolated from the outside world. 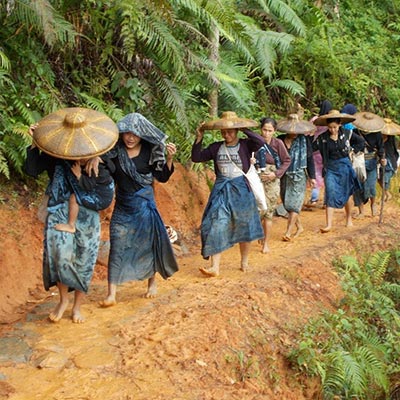 The term “Baduy” is a term given by outsiders to these community groups, starting with the term Dutch researchers who seem to equate them with the Arab Badawi group, which is a nomadic society.

Another possibility is the existence of the Baduy River and Mount Baduy in the northern part of the area. They themselves prefer to refer to themselves as urang Kanekes or “people Kanekes” according to the name of their region, or a designation that refers to the name of their village such as Urang Cibeo. According to the Big Indonesian Dictionary, the correct writing is “Badui” and not “Baduy”. 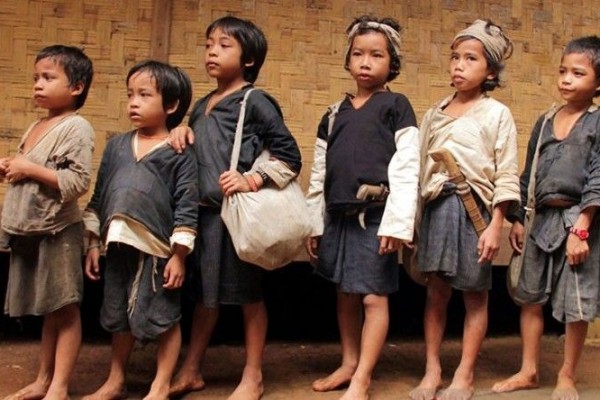 The Kanekes area is geographically located at coordinates 6°27’27” – 6°30’0” South Latitude and 108°3’9” – 106°4’55” East Longitude (Permana, 2001). They live right at the foot of the Kendeng Mountains in Kanekes Village, Leuwidamar District, Lebak Regency, Rangkasbitung, Banten, about 40 km from Rangkasbitung City.

The area which is part of the Kendeng Mountains with an altitude of 300-600 m above sea level (DPL) has a hilly and wavy topography with an average soil slope of 45%, which is volcanic soil (in the north), sedimentary soil (in the north), the middle), and mixed soil (in the south). the average temperature is 20 °C. The three main villages of the Kanekes Dalam people are Cikeusik, Cikertawana, and Cibeo. 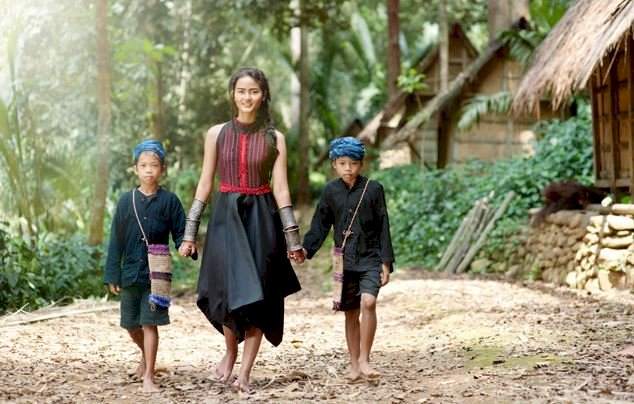 The language they use is Sundanese. To communicate with outsiders they are fluent in Indonesian, even though they do not get this knowledge from school. The Kanekes Dalam people do not know written culture, so customs, beliefs/religions, and ancestral stories are only stored in oral speech.

Even today, although since the Soeharto era the government has tried to force them to change their way of life and build modern school facilities in their area, the Kanekes people still resist the government’s efforts. However, the Kanekes people have their own way of learning and developing their knowledge so that they are commensurate with people outside the Bedouin tribe. 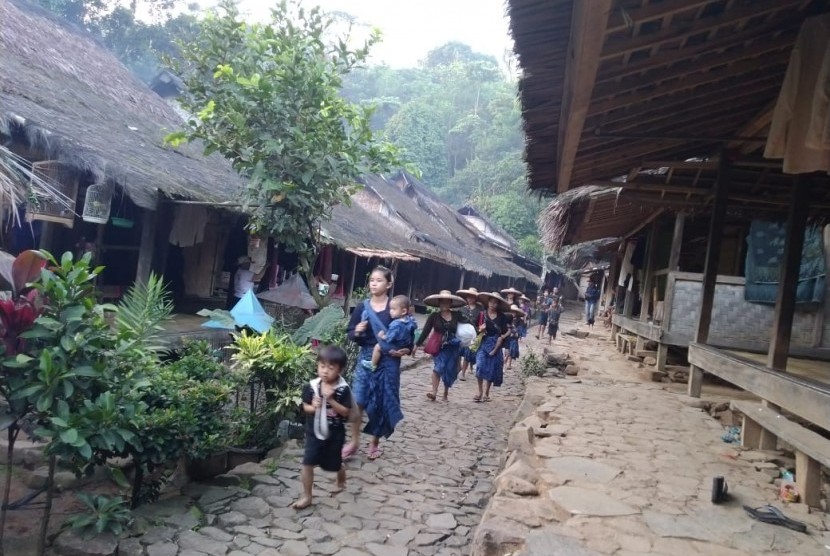 Kanekes people have a historical relationship with the Sundanese. Their physical appearance and language are similar to the Sundanese people in general. The only difference is their beliefs and way of life. The Kanekes people close themselves off from the influence of the outside world and strictly maintain their traditional way of life. 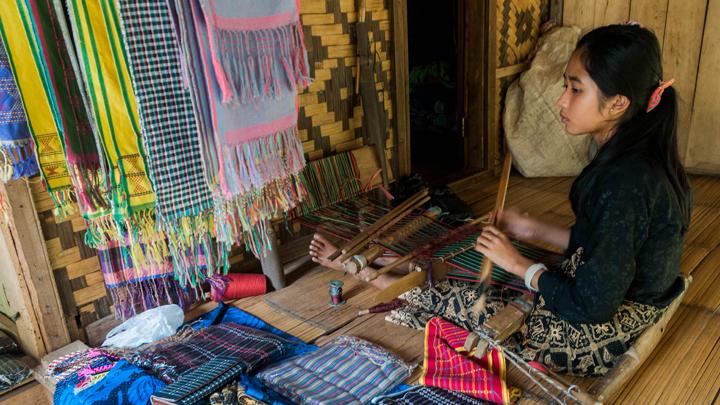 The tangtu group is a group known as Kanekes Dalam (Inner Badui), which adheres the most strictly to adat, namely residents who live in the three villages of Cibeo, Cikertawana, and Cikeusik. The hallmark of the Kanekes Dalam people are their natural white and dark blue clothes (tarum color) and wear a white headband. They are traditionally prohibited from meeting foreigners.

Kanekes Dalam is part of the whole Kanekes people. Unlike Kanekes Luar, Kanekes Dalam residents still adhere to the customs of their ancestors.

Some of the regulations adopted by the Kanekes Dalam people include: Not allowed to use vehicles for transportation facilities; No footwear allowed The door of the house must face north/south (except the house of the Pu’un or the traditional leader); Prohibition of using electronic devices (technology); Using black/white cloth as clothes that are woven and sewn by themselves and modern clothes are not allowed. 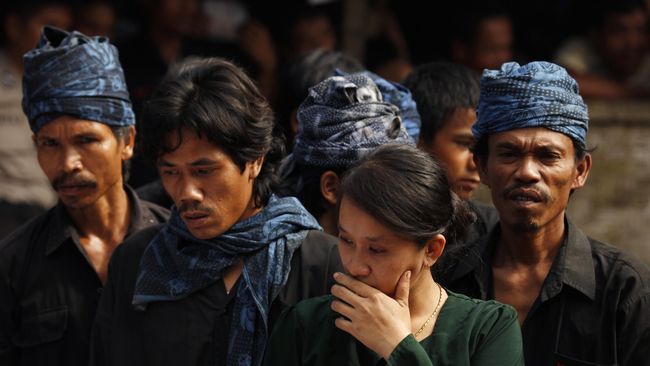 The Kanekes Luar community is characterized by wearing dark blue clothes and headbands (tarum color). Kanekes Luar are people who have come out of the Kanekes Dalam customs and territory. 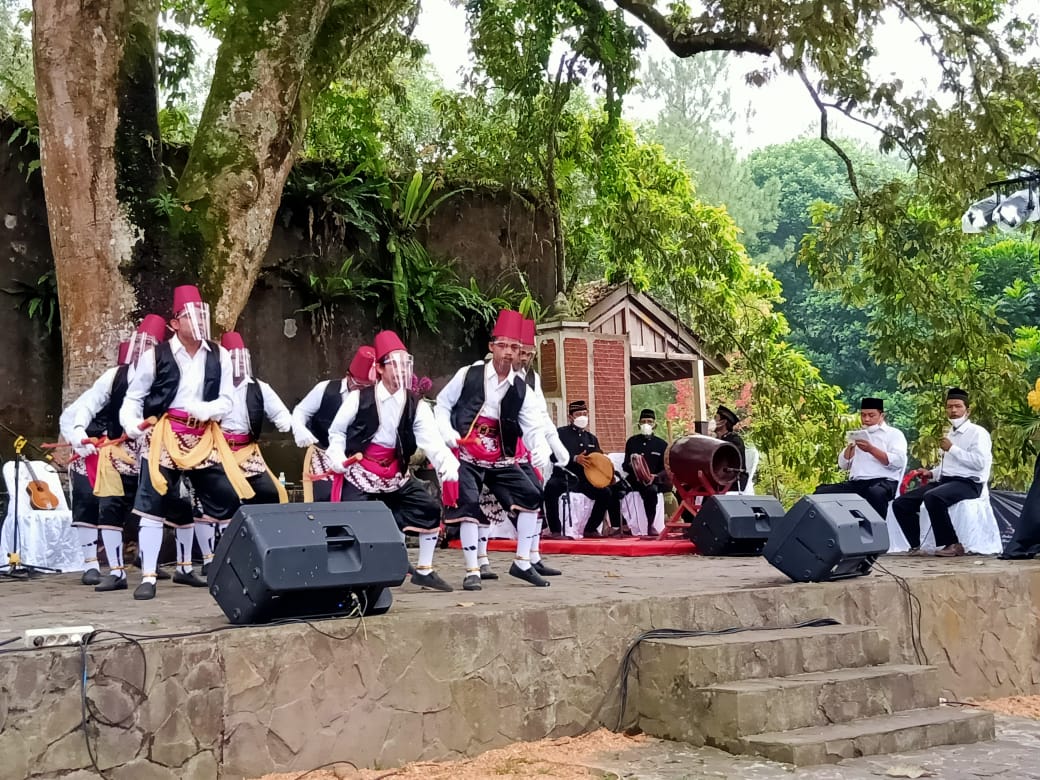 Characteristics of the Kanekes Luar community: They are familiar with technology, such as electronic equipment; The process of building houses for the residents of Kanekes Luar has used tools, such as saws, hammers, nails, etc., which were previously prohibited by the Kanekes Dalam custom; Wearing traditional clothes with black or dark blue (for men), which indicates that they are not holy. Sometimes wearing modern clothes such as T-shirts and jeans; Using modern household appliances, such as mattresses, pillows, glass & plastic plates & cups; They live outside the Kanekes Dalam area; Some of them have been influenced and converted to Islam in a significant number. 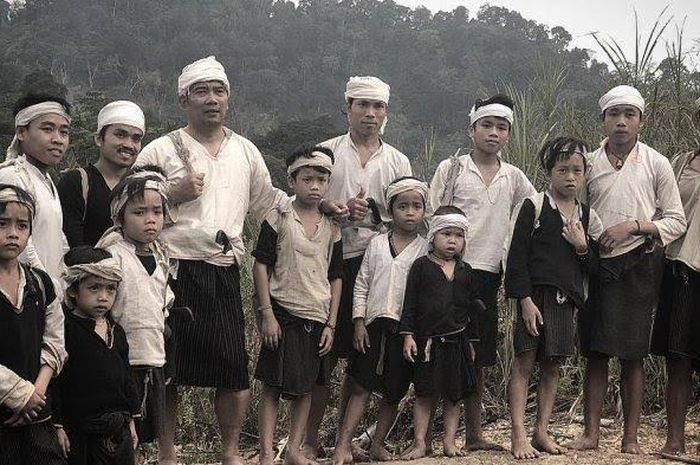 The Kanekes people were associated with the Sunda Kingdom, which before its collapse in the 16th century was centered in Pakuan Pajajaran (around present-day Bogor). Before the establishment of the Sultanate of Banten, the western tip of the island of Java was an important part of the Sunda Kingdom. Banten is a fairly large trading port. The Ciujung River is navigable by various types of boats, and is used to transport crops from the interior. Thus, the ruler of the area, known as Pangeran Pucuk Umun, considered that the sustainability of the river needed to be maintained. 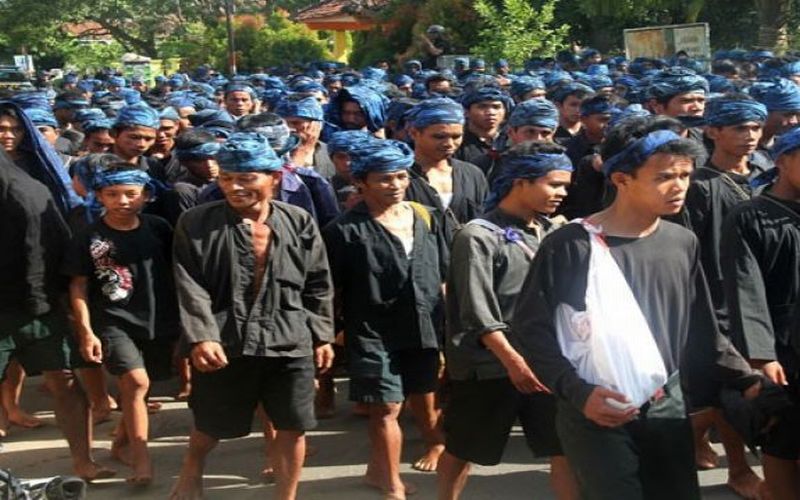 For this reason, an army of highly trained royal soldiers was ordered to guard and manage the densely forested and hilly area of ​​the Mount Kendeng area. The existence of these troops with special duties seems to be the forerunner of the Kanekes Community, which until now still inhabits the upstream area of ​​the Ciujung River on Mount Kendeng. These differences of opinion lead to the allegation that in the past, their identity and history were deliberately closed, which was probably to protect the Kanekes community itself from attacks by Pajajaran enemies. 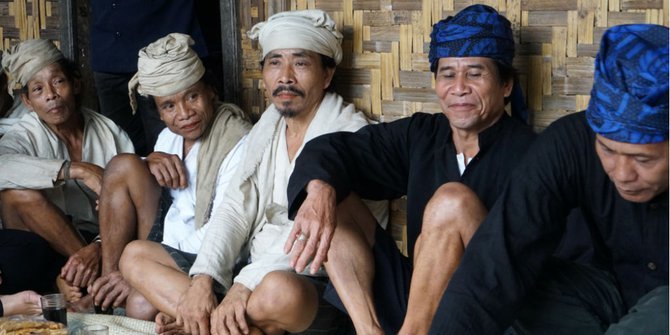 Van Tricht, a doctor who had conducted medical research in 1928, denied this theory. According to him, the Kanekes people are natives of the area who have a strong resistance to outside influences. The Kanekes themselves also refused to say that they came from fugitives from Pajajaran, the capital of the Sunda Kingdom.

According to Danasasmita and Djatisunda (1986: 4-5) the Bedouin are local residents who are officially made mandalas (sacred areas) by the king, because the residents are obliged to maintain the kabuyutan (places of worship of ancestors or ancestors), not Hinduism or Buddhism. Kebuyutan in this area is known as kabuyutan Jati Sunda or ‘Sunda Asli’ or Sunda Wiwitan (wiwitan = original, origin, tree, teak). That’s why their original religion was given the name Sunda Wiwitan.

The Kanekes people’s beliefs are called Sunda Wiwitan teachings, ancestral teachings from generation to generation rooted in respect for karuhun or ancestral spirits and worship of the spirit of natural forces (animism).

Although most aspects of this teaching are original from hereditary traditions, in subsequent developments these ancestral teachings are also slightly influenced by some aspects of Hinduism, Buddhism, and later from Islamic teachings. 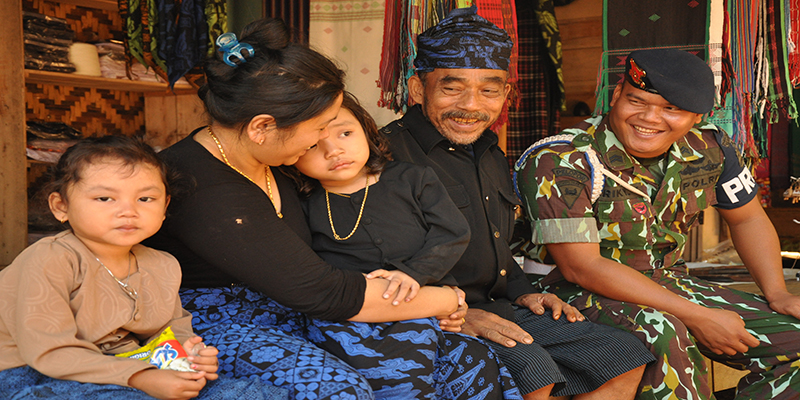 This form of respect for the spirit of the power of nature is manifested through an attitude of protecting and preserving nature; namely caring for the surrounding nature (mountains, hills, valleys, forests, gardens, springs, rivers, and all the ecosystems in them), as well as giving the highest appreciation to nature, by caring for and maintaining the forbidden forest as part of efforts to maintain the balance of nature. universe.

The core of this belief is indicated by the existence of pikukuh or absolute customary provisions adopted in the daily life of the Kanekes people. The most important content of Kanekes’ pikukuh (compliance) is the concept of “without any changes”, or as few changes as possible: 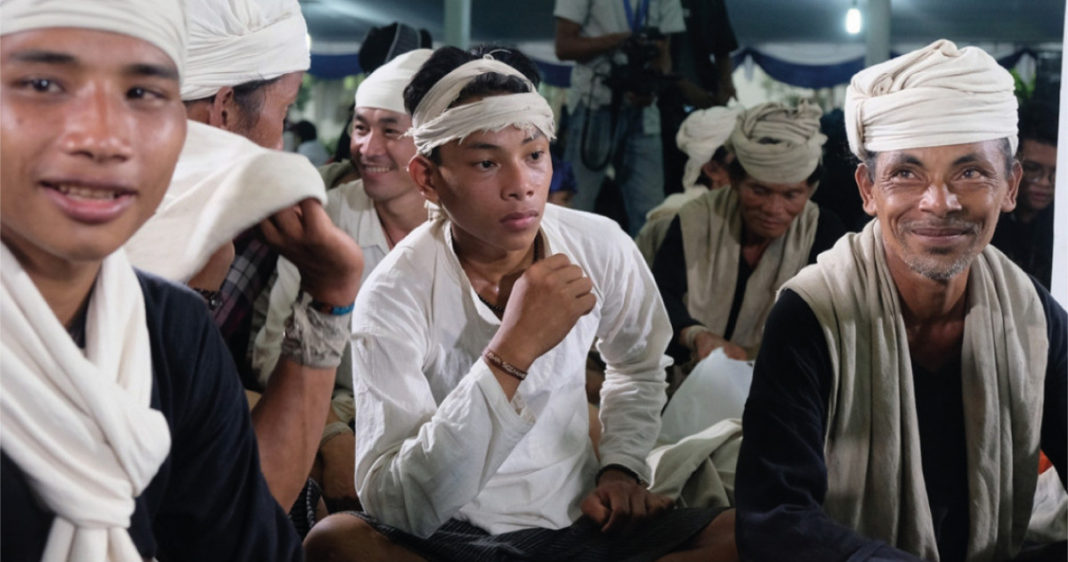 These taboos in everyday life are interpreted literally. In agriculture, the form of pikukuh is by not changing the contours of the land for fields, so that the farming method is very simple, not cultivating the land with a plow, not making terraces, only planting with tugal, namely a sharpened piece of bamboo. In the construction of the house, the contours of the land surface are also left as is, so that the pillars of the Kanekes house are often not the same length. Their words and actions are honest, innocent, without further ado, even in trading they do not bargain. 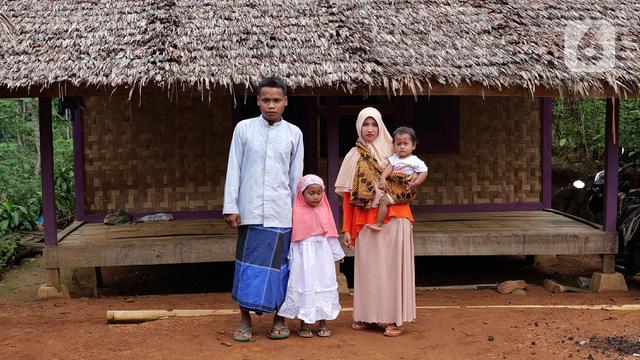 The most important object of belief for the Kanekes community is the Arca Domas, whose location is kept secret and is considered the most sacred. Kanekes people visit this location to worship once a year in the month of Kalima, which in 2003 coincided with the month of July. Only Pu’un or the highest customary leader and a select few members of the community joined the worship group. In the Domas Arca complex there is a stone mortar that stores rainwater. If at the time of worship the stone mortar is found in a state full of clear water, then for the Kanekes people it is a sign that there will be a lot of rain that year, and the harvest will be successful. On the other hand, if the mortar is dry or the water is cloudy, it is a sign of crop failure.

For some people, related to the persistence of the community, the beliefs held by the Kanekes indigenous people reflect the religious beliefs of the Sundanese people in general before the entry of Islam. 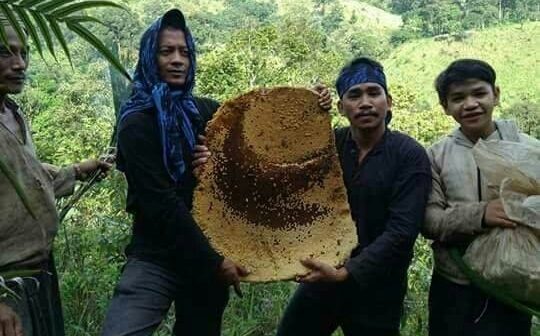 As has happened for hundreds of years, the main livelihood of the Kanekes people is farming huma rice. In addition, they also get additional income from selling the fruits they get in the forest, such as durian and tamarind, as well as forest honey. 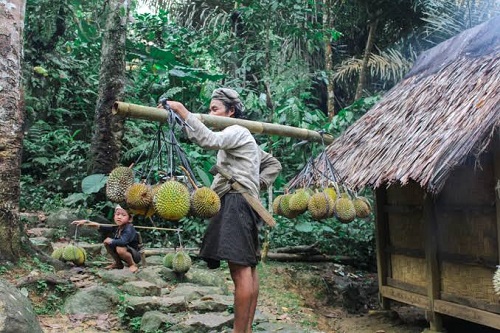 Trade which in the past was carried out by barter, is now using the ordinary rupiah currency. The Kanekes people sell their fruits, honey, and kawung/palm sugar through middlemen. They also buy necessities of life that are not produced by themselves in the market. Markets for Kanekes people are located outside the Kanekes area such as Kroya, Cibengkung, and Ciboleger markets.

At this time outsiders who visit the Kanekes area are increasing, up to hundreds of people per visit, usually teenagers from schools, students, and also other adult visitors. They accept these visitors, even to stay one night, provided that visitors follow the customs that apply there. These customary rules include not being allowed to take pictures in the Kanekes Dalam area, not using soap or toothpaste in the river. However, the Kanekes area remains off limits to foreigners (non-WNI). Several foreign journalists who have tried to enter until now have always been denied entry.