West Papua (abbreviated as Pabar) is a province of Indonesia located on the western tip of Papua Island. Its capital is Manokwari. The name of this province was previously West Irian Jaya as stipulated in Law Number 45 of 1999. Based on Government Regulation Number 24 of 2007 dated April 18 2007, the name of this province was changed to West Papua. West Papua and Papua are provinces with special autonomy status. West Papua Province, although it has become a separate province, still receives special treatment as its parent province. The province also has its own KPUD and held elections for the first time on April 5, 2004.
more..
In June 2019, West Papua was declared the first conservation province in Indonesia. The territory of this province includes the bird’s head area of the island of Papua and the islands around it. To the north, the province is bordered by the Pacific Ocean, the western part is bordered by the provinces of North Maluku and Maluku province, the eastern part is bordered by Cenderawasih Bay, the south by the Seram Sea and the southeast by the province of Papua. The boundary of West Papua is almost the same as the Afdeling (“part”) boundary of West New Guinea (“West New Guinea”) during the Dutch East Indies era. The province is divided into several districts and cities. 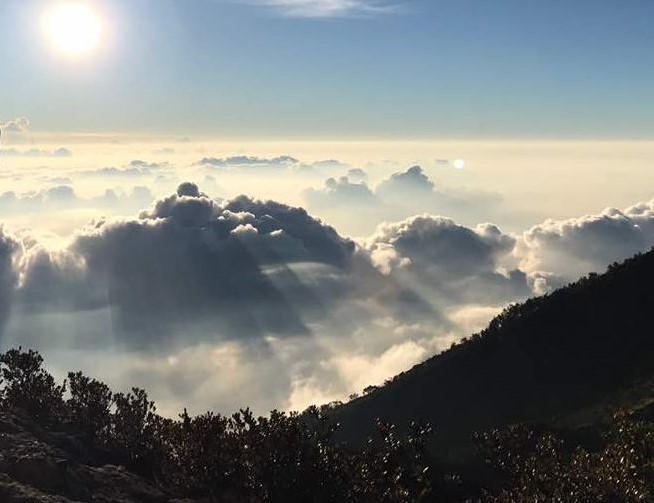 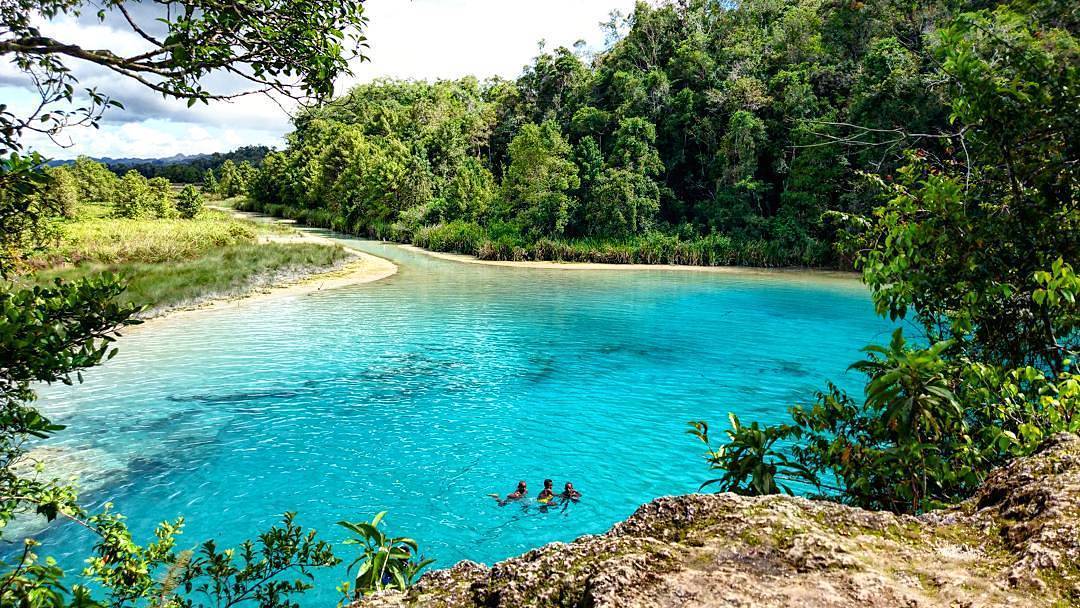 The Province of West Papua has tremendous potential, be it agriculture, mining, forest products and tourism. Pearls and seaweed are produced in the Raja Ampat district while the only traditional weaving industry called Timor cloth is produced in Sorong Selatan district. Fragrant nutmeg syrup can be obtained in Fak-Fak district as well as various other potencies.

Besides that, natural tourism is also one of the mainstays of West Irian Jaya, such as the Cenderawasih Bay National Park which is located in the Teluk Wondama district.

In addition, recently, a cave was found which was claimed to be the deepest cave in the world by a French specialist expedition team in the Lina Mountains, Irameba Village, Anggi District, Manokwari Regency. This cave is estimated to reach a depth of 2000 meters. The mountainous area in West Papua still has a natural wealth mystery that needs to be uncovered. 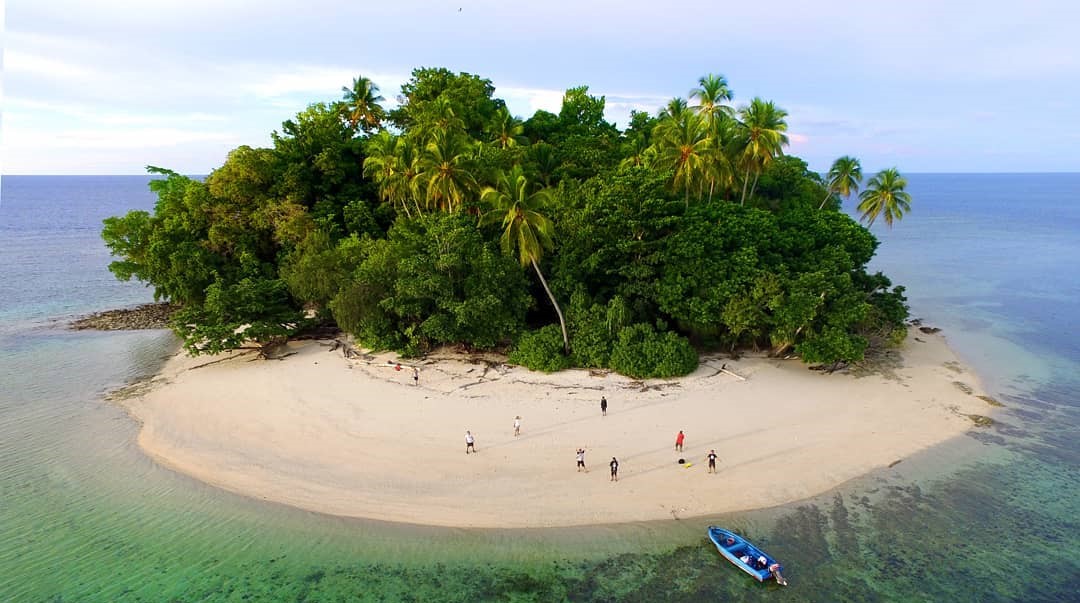 Teluk Cendrawasih national Park is the largest marine national park of Indonesia, located in Cenderawasih Bay, south-east of Bird’s Head Peninsula. It includes the islands of Mioswaar, Nusrowi, Roon, Rumberpon and Yoop. The park protects a rich marine ecosystem, with over 150 recorded coral species, for which it is considered a potential World Heritage Site.

The coral reef ecosystem forms part of the Coral Triangle region. In the park, 150 species of coral have been recorded, consisting of 15 families and distributed on the shores of 18 islands. Among these are colonies of blue coral, black coral, Leptoseris species, Mycedium elephantotus, and Alcyonacea or soft corals. The percentage of live coral coverage varies from between 30-40% to 64-65%. 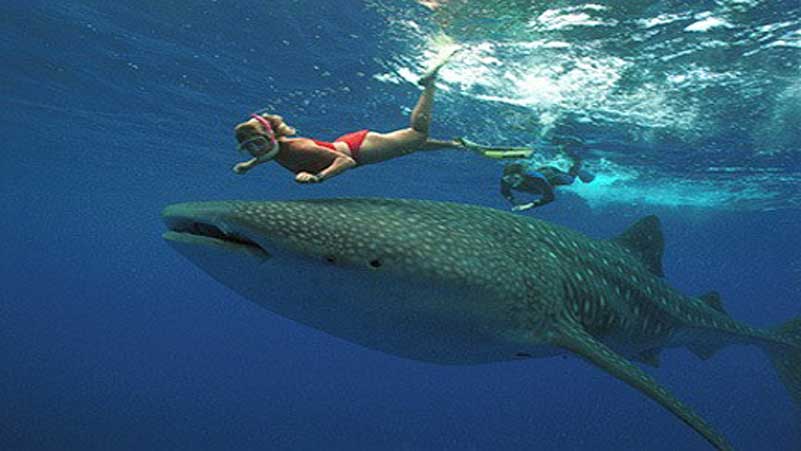 Over 200 fish species inhabit the park, among them butterflyfish, damselfish, parrotfish, rabbitfish, clownfish and sharks including whale sharks. 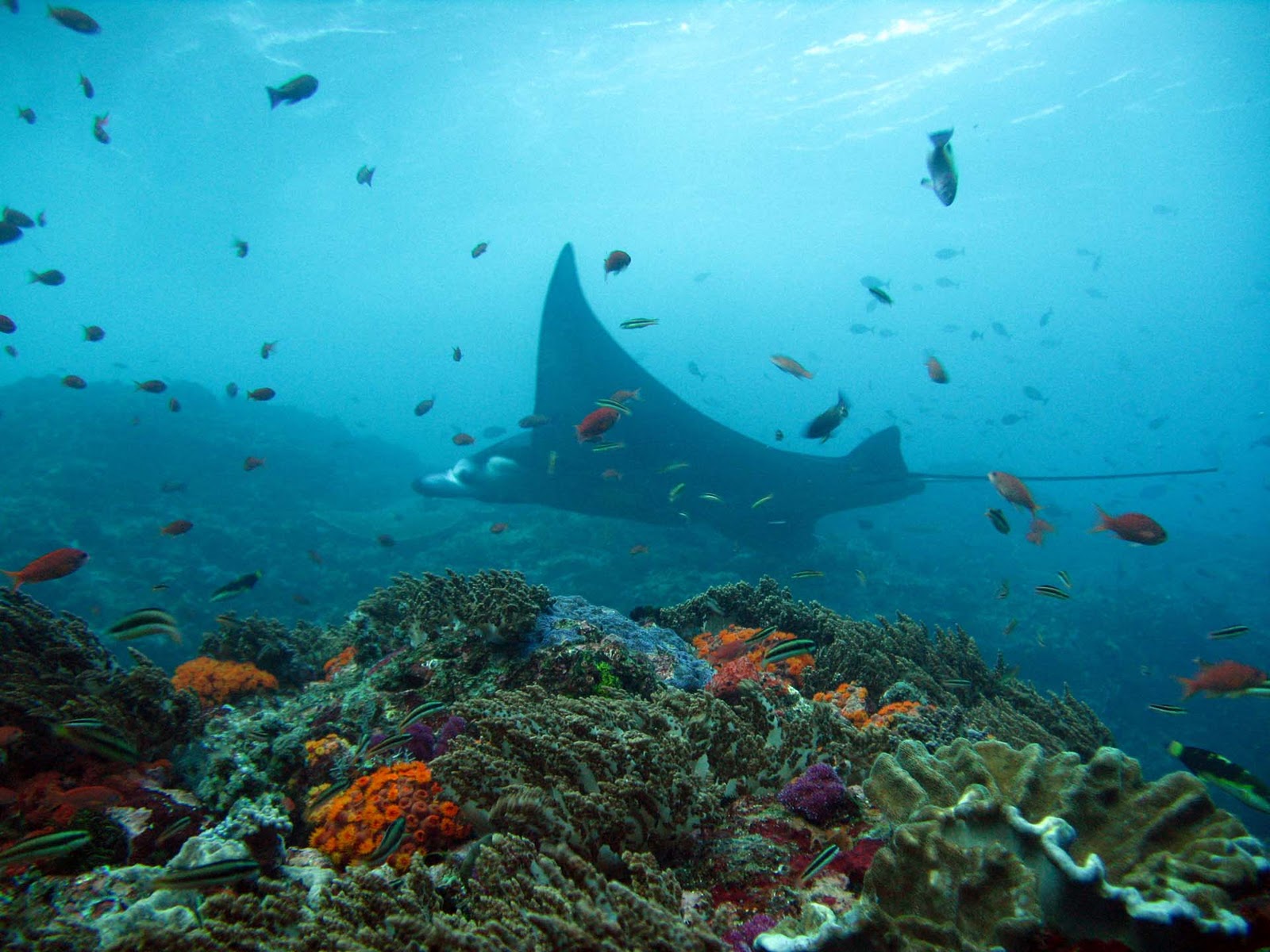 About 14,000 people live in 72 villages within the park. Several Austronesian languages are spoken in the area, which form part of the Cenderawasih languages branch and include: Wandamen, Dusner, Meoswar, Roon and Yeretuar.

In 1990, the area was designated as Teluk Cendrawasih Marine Nature Reserve. The national park was designated in 1993 and declared in 2002. The park is managed by Balai Taman Nasional with a personnel of 106.