Papua is the largest and easternmost province of Indonesia, comprising most of Western New Guinea. It is bordered by the state of Papua New Guinea to the east, the province of West Papua to the west, the Pacific Ocean to the north, and the Arafura Sea to the south. According to the 2010 census by Statistics Indonesia, Papua had a population of 2,833,381, the majority of whom are Christians. The 2015 Intermediate Census revealed a population of 3,143,088, while the latest official estimate (as at mid 2019) is 3,379,302. The province is divided into twenty-eight regencies and one city. Its capital and largest city is Jayapura.
more..
The province was formerly called Irian Jaya and comprised the entire Western New Guinea until the inauguration of the province of West Papua (then West Irian Jaya) in 2001. In 2002, Papua adopted its current name and was granted a special autonomous status under Indonesian legislation. Puncak Jaya is the province’s highest mountain and the highest point in Indonesia.

History. Indonesia proclaimed its independence in 1945 and claimed all of the territory of the former Dutch East Indies, including Western New Guinea. However, the region was retained by the Netherlands until the mid-1960s, which caused Indonesia to repeatedly launch military operations there. It was agreed through the New York Agreement in 1962 that the administration of Western New Guinea would be temporarily transferred from the Netherlands to Indonesia and that by 1969 the United Nations should oversee a referendum of the Papuan people, in which they would be given two options: to remain part of Indonesia or to become an independent nation. This vote was referred to as the Act of Free Choice. The referendum was recognised by the international community and the region became the Indonesian province of Irian Jaya. The province has been renamed as Papua since 2002. 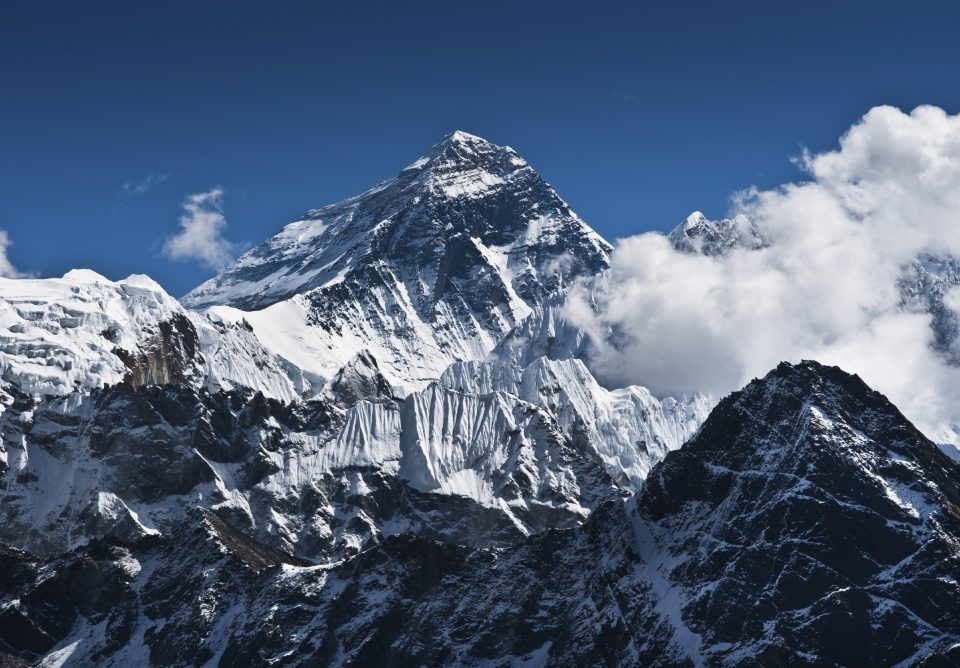 The province contains the highest mountains between the Himalayas and the Andes, rising up to 4,884 metres (16,024 ft) high, and ensuring a steady supply of rain from the tropical atmosphere.

The tree line is around 4,000 metres (13,000 ft) elevation and the tallest peaks contain permanent equatorial glaciers, increasingly melting due to a changing climate.

Various other smaller mountain ranges occur both north and west of the central ranges. Except in high elevations, most areas possess a hot, humid climate throughout the year, with some seasonal variation associated with the northeast monsoon season. 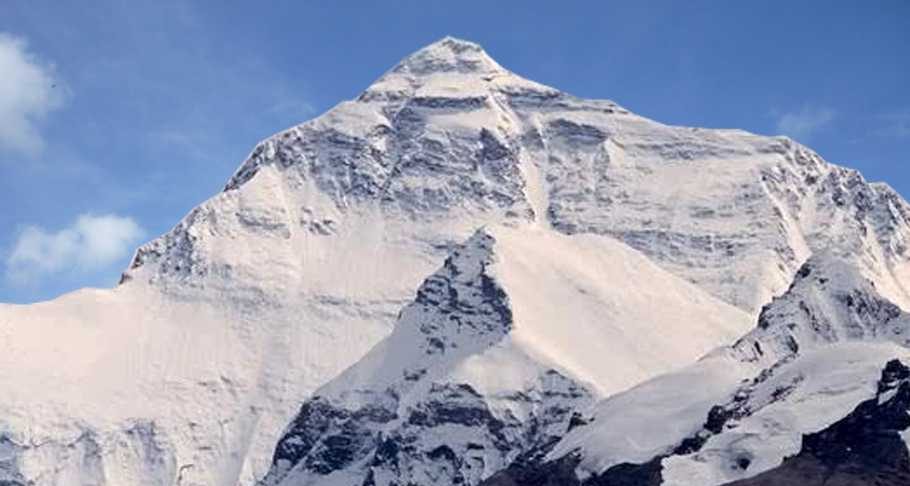 The southern and northern lowlands stretch for hundreds of kilometres and include lowland rainforests, extensive wetlands, savanna grasslands, and expanses of mangrove forest. The southern lowlands are the site of Lorentz National Park, also a UNESCO World Heritage Site.

The province’s largest river is the Mamberamo located in the northern part of the province. The result is a large area of lakes and rivers known as the Lakes Plains region. The Baliem Valley, home of the Dani people, is a tableland 1,600 metres (5,200 ft) above sea level in the midst of the central mountain range.

Puncak Jaya, also known by its Dutch colonial name, “Carstensz Pyramid”, is a limestone mountain peak 4,884 metres (16,024 ft) above sea level. It is the highest peak of Oceania. 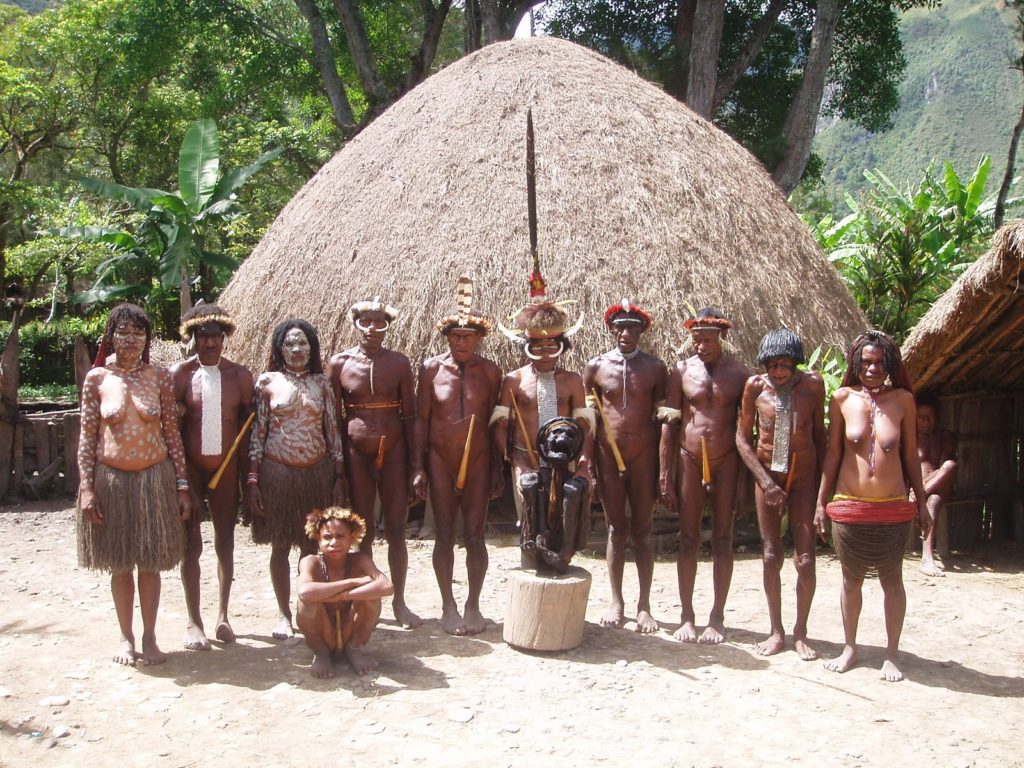 From the early 1990s until the mid 2010s, Papua had the highest population growth rate of all Indonesian provinces at over 3% annually. This was partly a result of birth rates, but mainly due to migration from other parts of Indonesia. An overwhelming percentage of these migrants came as part of a government-sponsored transmigration program.

The densest population center, other than the large coastal cities that house Indonesian bureaucratic and commercial apparatus, is located in and around the town of Wamena in the Baliem Valley of the Central Highlands. 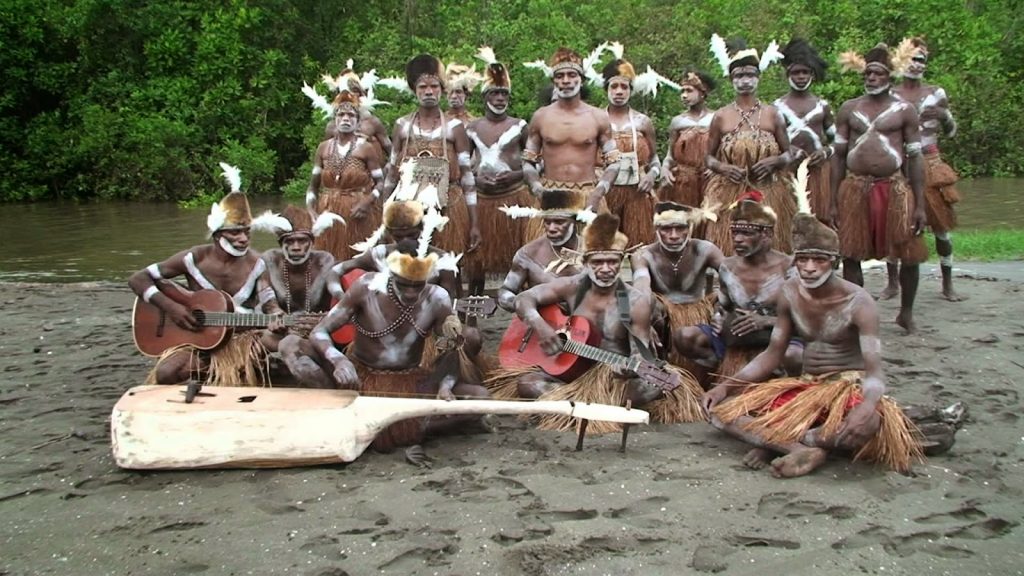 The following are some of the most well-known ethnic groups of Papua: Amungme, Asmat, Bauzi, Dani, Kamoro, Kombai, Korowai, Mee, Sent,ani Yali, and Yei.

The Yei (pronounced Yay) are sometimes known as the Jei, Je, Yei-nan people. 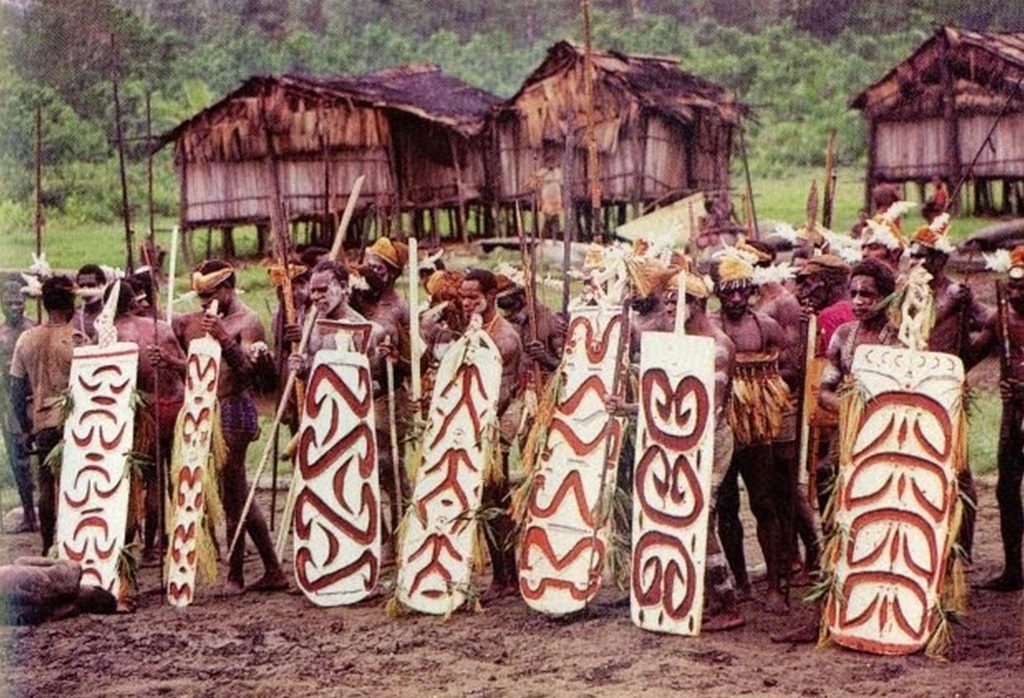 There are approximately 2,500 speakers of the Yei language. 40% Ethno Religionists- animistic tribal religion 60% Catholics and other Christians (blended with animistic beliefs & customs): The Yei language is believed to have two dialects observed by a Wycliffe, SIL language survey in 2001. At home the Yei people speak their own language but use Indonesian for trade, wider communication and at school. Most Yei are literate in Indonesian.

There are elementary schools in each village. About 10–30% of children continue in middle school. Very few go to high school. The nearest high school is in Merauke city. They live primarily by hunting, fishing, and gardening short and long term crops in the lowlands. The Yei diet mainly consists of rice, vegetables, fish and roasted sago. With their land at an altitude of less than 100 meters above sea level, the Yei people can best be accessed by vehicle on the road from Merauke or by motorized canoe up the Maro River.

There are more than 20 ethnic groups who inhabit the Papua province. With various customs and cultures each specific and different. Usually, from generation to generation, each ethnic group occupies certain areas in the Papua Province. The list above is some of the dozens of these ethnic groups. 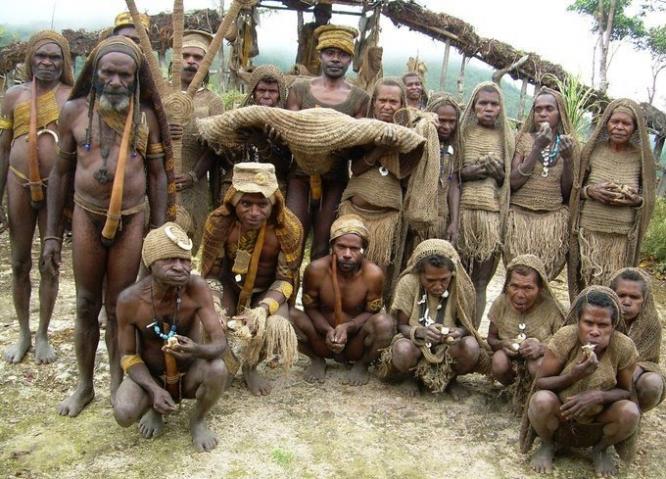 There is no airstrip or airplane access other than float plane which is currently available from Merauke through MAF by about a 15-minute flight to Toray. The Poo and Bupul villages have a clinic but people still use traditional medicines. There is very little infrastructure in the area: no telephones or toilets. 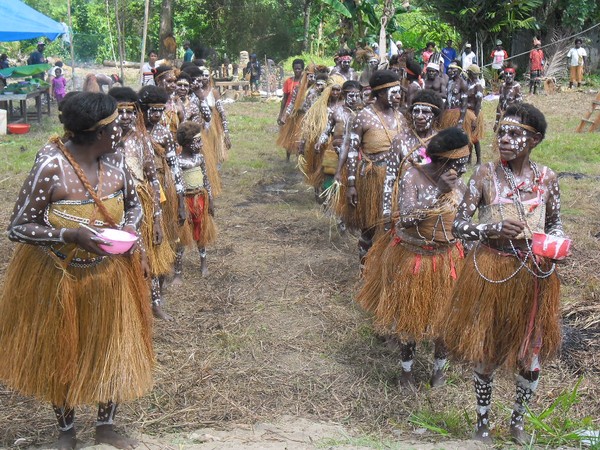 At night electricity is run from a generator. There are single side-band radios (SSBs) in Bupul, Tanas, Poo, and Erambu villages, mainly used by the police and military force. Most villages get their drinking water from the Maro River, but some get it from wells or by collecting rain.

According to the 2010 census, 83.15% of the Papuans identified themselves as Christian with 65.48% being Protestant and 17.67% being Roman Catholic. 15.88% of the population was Muslim and less than 1% were Buddhist or Hindu. There is also substantial practice of animism, the traditional religion for many Papuans, with many blending animistic beliefs with other religions such as Christianity. 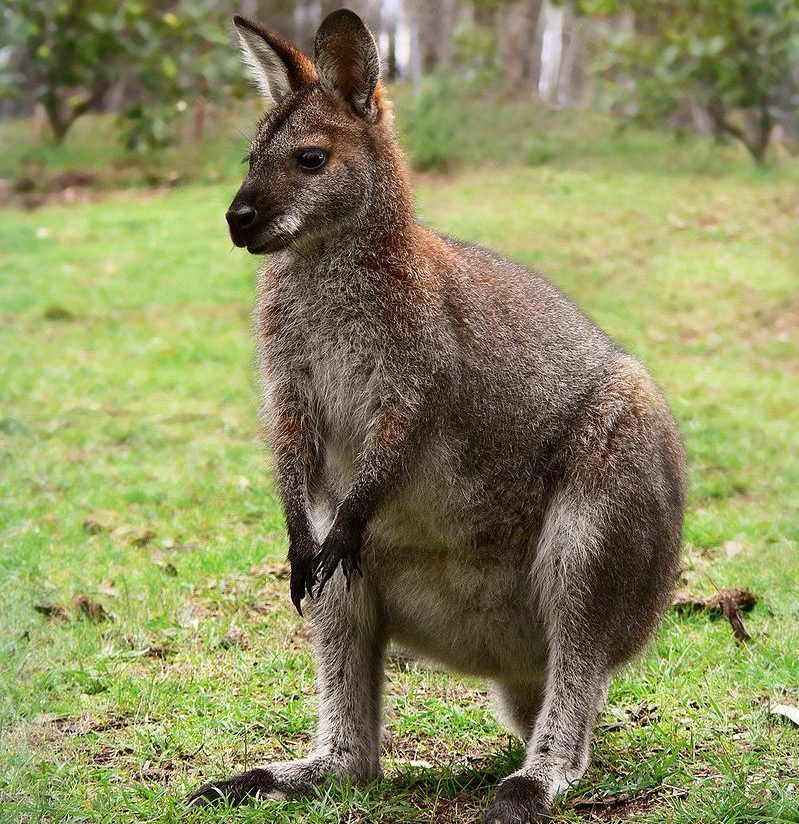 The island has an estimated 16,000 species of plant, 124 genera of which are endemic. Papua’s known forest fauna includes; marsupials (including possums, wallabies, tree-kangaroos, cuscuses); and other mammals (including the endangered long-beaked echidna).

There are bird species such as birds-of-paradise, cassowaries, parrots, and cockatoos; the world’s longest lizards (Papua monitor); and the world’s largest butterflies.

The waterways and wetlands of Papua are also home to salt and freshwater crocodile, tree monitors, flying foxes, osprey, bats and other animals; while the equatorial glacier fields remain largely unexplored. 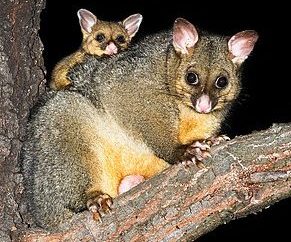 In February 2006, a team of scientists exploring the Foja Mountains, Sarmi, discovered new species of birds, butterflies, amphibians, and plants, including possibly the largest-flowered species of rhododendron.

Ecological threats include logging-induced deforestation, forest conversion for plantation agriculture (including oil palm), smallholder agricultural conversion, the introduction and potential spread of alien species such as the crab-eating macaque which preys on and competes with indigenous species, the illegal species trade, and water pollution from oil and mining operations. 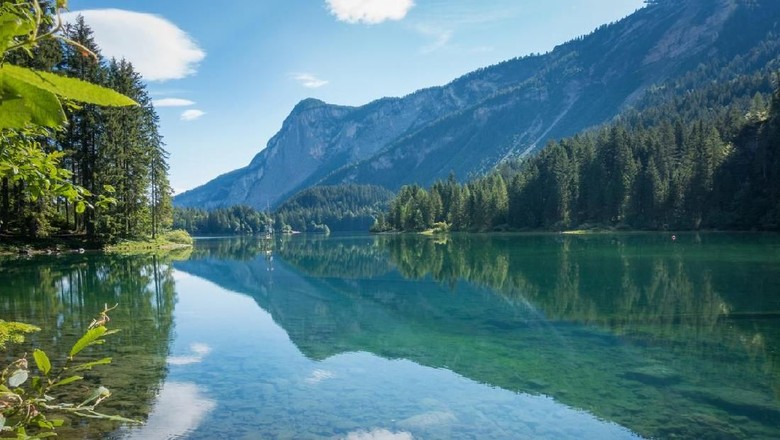 Lorentz National Park is a national park located in the province of Papua, Indonesia. With an area of ​​2.4 million Ha; Lorentz is the largest national park in Southeast Asia. The park is still uncharted, explored and contains many native plants, animals and cultures. 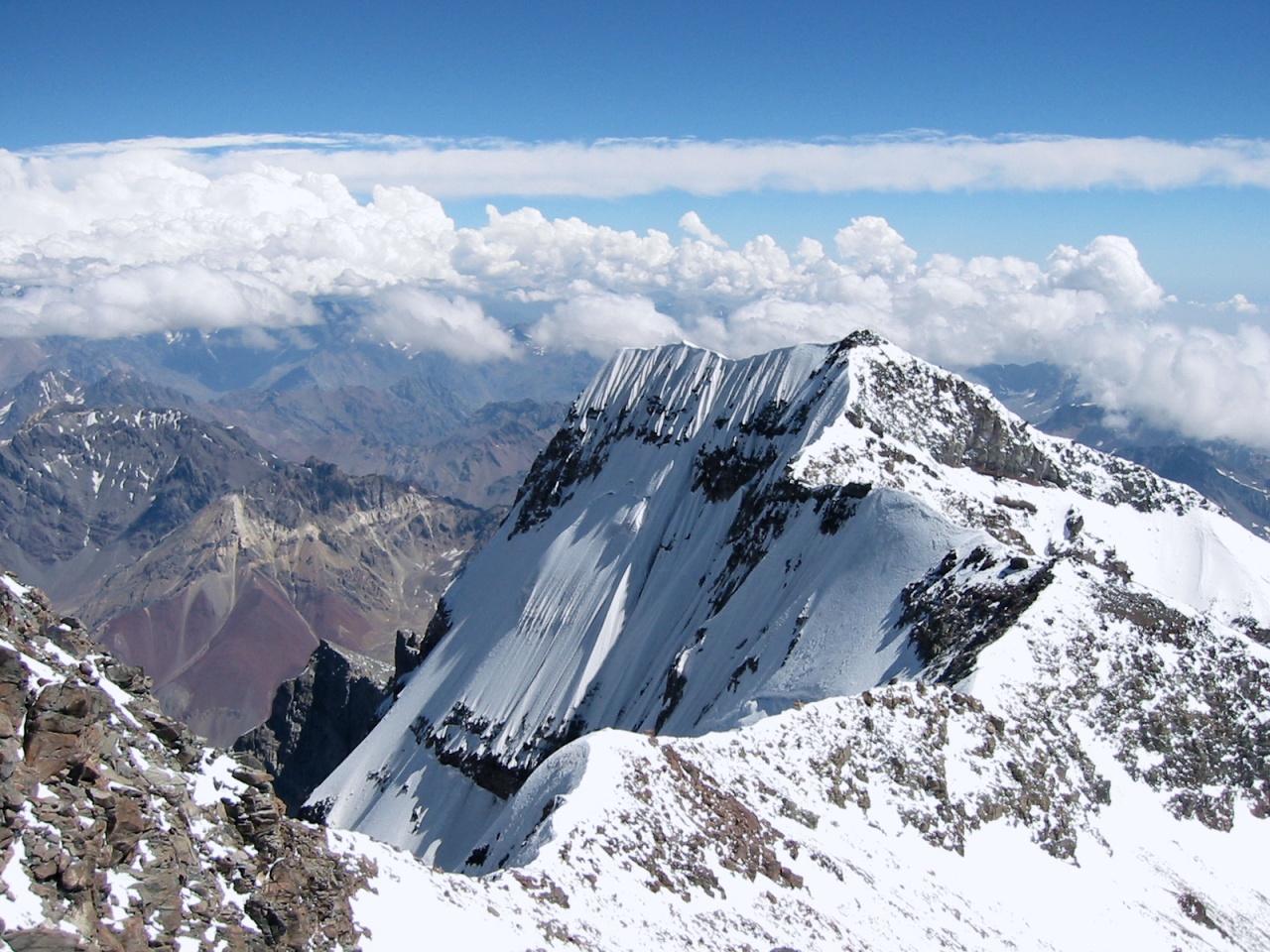 In 1999 this national park was accepted as a UNESCO World Heritage Site. The area also contains mineral deposits, and large-scale mining operations are also active in the vicinity of this national park. There is also the Lorentz National Park Conservation Project which consists of a community initiative for communal conservation and ecological heritage in the vicinity of this Loretz National Park. 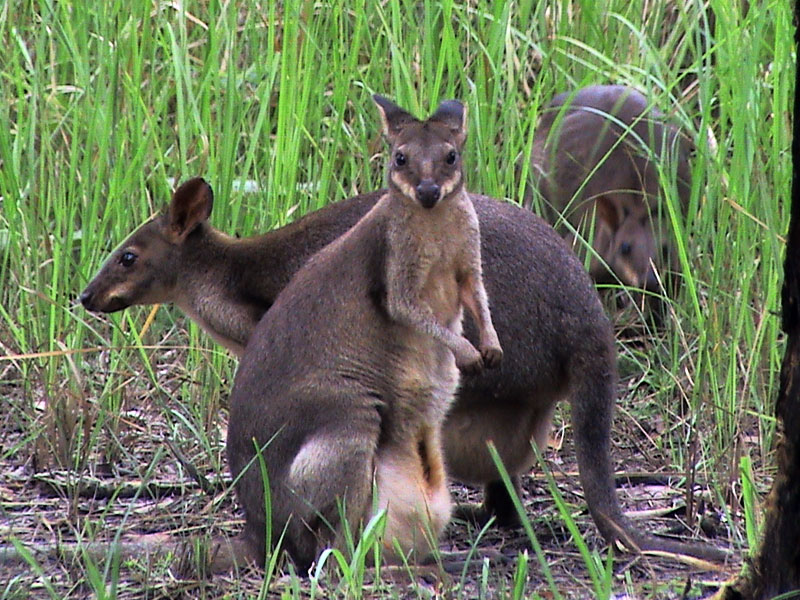 Wasur National Park is part of the largest wetland in Papua and is slightly disturbed by human activities. Its biodiversity has earned this park the nickname “Serengeti Papua”.

One of the traditional weapons in Papua is the dagger. This weapon is made of cassowary leg bones and its feathers adorn the head of the dagger.

The other main weapons of the indigenous Papuans are the Bow and Arrow. The bow is made of bamboo or wood, while the bow rope is made of rattan. The arrows are made of bamboo, wood or kangaroo bones. Bows and arrows were used for hunting or fighting. 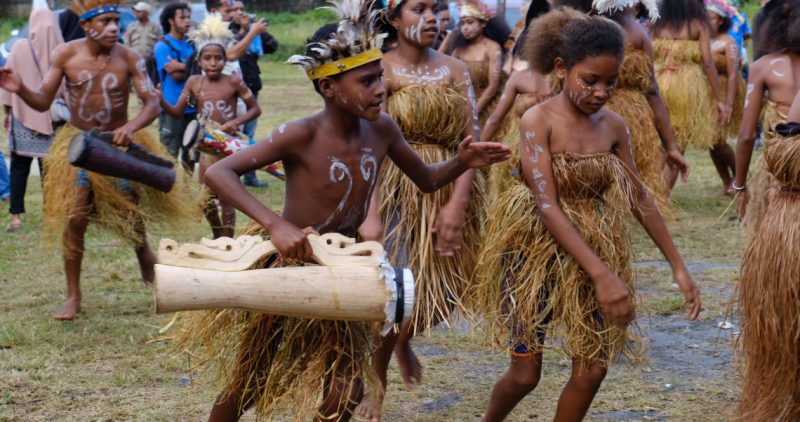 Tifa is similar to a drum instrument which is played by being hit. This musical instrument is made of a stick of wood that has been left empty or has its contents covered and on one side of the end is covered, and usually the cover is used deer-skin which has been dried to produce a nice and beautiful sound. The shape is usually made by carving.

Each tribe in Maluku and Papua has its own characteristic tifa. Tifa is usually used to accompany war dances and several other regional dances such as the Lenso dance from Maluku which is accompanied by totobuang musical instruments, traditional Asmat dance and the Gatsi dance.

The tifa musical instrument from Maluku has other names, such as the tahito or tihal which is used in the Central Maluku regions. Meanwhile, on the island of Aru, tifa has another name, namely titir. There are types that are shaped like drums with sticks like those used in mosques. The body of the skeleton is made of wood covered with rattan as a binding and the shape varies based on the region of origin.

There are many traditional dances from various ethnic groups that inhabit the province of Papua. The list above is some of them. Traditional dance that expresses feelings, behavior and enthusiasm, which was created by the ancestors. 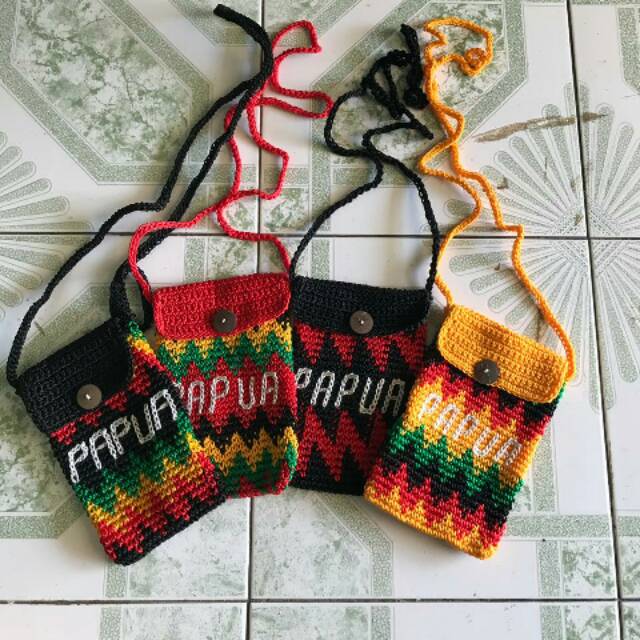 Noken is a traditional Papuan bag. Noken is in the form of nets made of tree roots or dried leaves in the form of strong ropes and knitted into a net bag. The existence of Papua Noken has been recognized by the world by being designated as an intangible cultural heritage or world heritage by the World Cultural Institute at the Unesco Headquarters in Paris, France on December 4, 2012.

The determination of Noken as a world heritage was initiated by an observer of Papuan culture from Paniai, Titus Pikei, who stated that his goal was to protect the cultural traditions of Papua from becoming extinct.

He then founded the Papua Noken Foundation to net all components of noken craftsmen from various noken craftsmen communities in Papua and West Papua Provinces to always maintain their uniqueness. 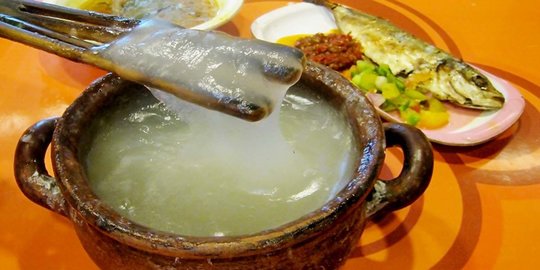 Papeda is a food in the form of sago porridge typical of Maluku and Papua which is usually served with tuna or mubara flavored with turmeric. Papeda is white and has a sticky texture resembling glue with a bland taste. Papeda is a food that is rich in fiber, low in cholesterol and quite nutritious.

In various coastal and lowland areas in Papua, sago is a basic ingredient in many foods. Grilled sago, plate sago, and ball sago are the most widely known dishes in various parts of Papua, especially in the culinary traditions of indigenous peoples in Mappi, Asmat, and Mimika districts. Papeda is a special dish of sago that is rarely found. Anthropologist and Chair of the Papua Research Institute, Johszua Robert Mansoben, stated that papeda is known more widely in the traditions of the Sentani and Abrab indigenous peoples in Sentani and Arso Lakes, and Manokwari.

In general, papeda is consumed together with tuna fish. However, papeda can also be combined with snakehead fish, red snapper, bubara, and fish cakes. In addition to yellow broth and fish, papeda porridge can also be enjoyed with ganemo vegetables which are processed from young melinjo leaves, sautéed with young papaya flowers and red chilies.