Ruhui Rahayu - Perfect harmony by the blessings of God 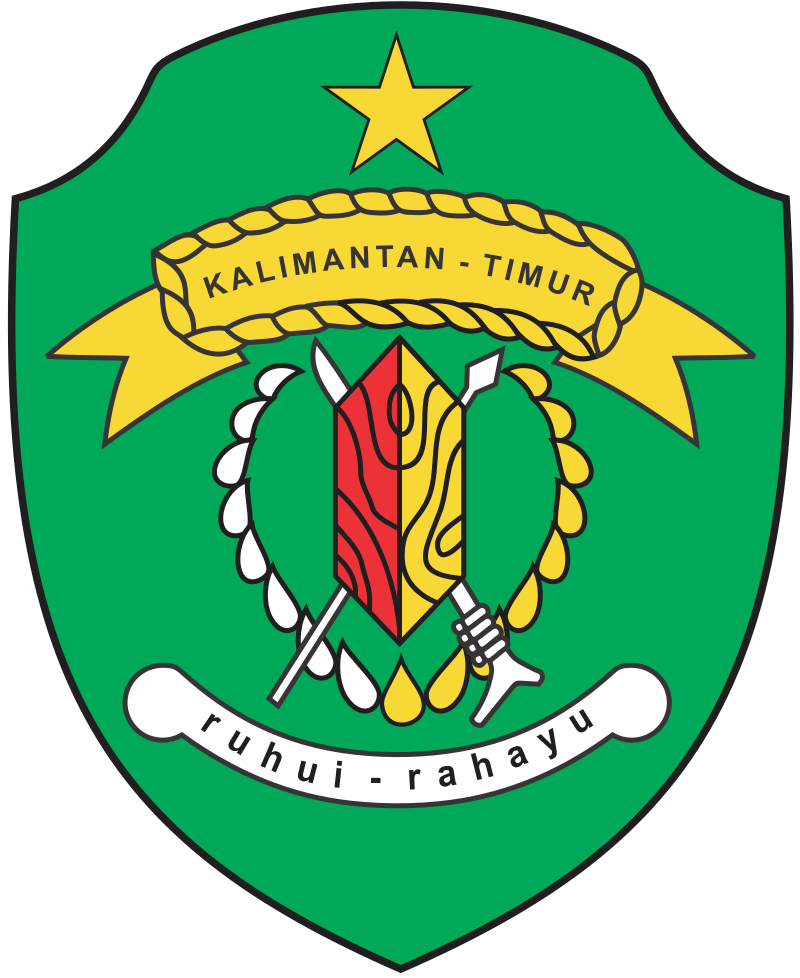 East Kalimantan (Indonesian: Kalimantan Timur) is a province of Indonesia. Its territory comprises the eastern portion of Borneo. It had a population of about 3.03 million at the 2010 census (within the current boundary), 3.42 million at the 2015 census, and 3.766 million at the 2020 census. The official estimate as at mid 2021 was 3,808,235. Its capital is the city of Samarinda.

East Kalimantan has a total area of 127,346.92 square kilometres (49,168.92 sq mi) and is the second least densely populated province in Kalimantan. The majority of the region shares a maritime border to the east with West Sulawesi and Central Sulawesi; its Cape Mangkalihat separates the Makassar Strait from the Celebes Sea. Its former northernmost region was split off in October 2012 and is now North Kalimantan. 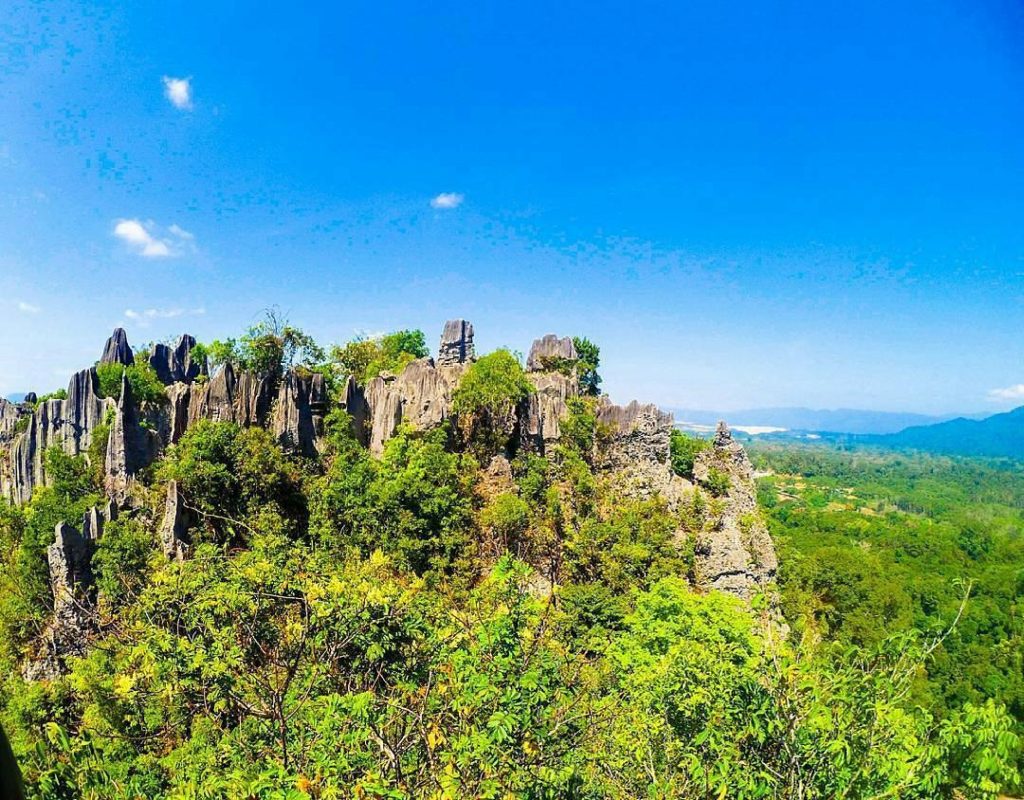 East Kalimantan Province comprises a land area of 125,336.81 square kilometers and a comprehensive ocean management area of 25,656 km2, located between 113°44’E and 119°00’E, and between 2°33’N and 2°25’S. The province is divided into seven regencies (kabupaten) and three cities (kota), together subdivided into 103 districts (kecamatan) and then into 1,026 villages (rural desa and urban kelurahan). The regencies (with their administrative capitals) and cities are enumerated below.

East Kalimantan is one of the main gates to the eastern part of Indonesia. The area is also known as a storehouse of timber and mining, has hundreds of rivers (scattered across almost all regencies and cities) which area the main means of transportation in addition to land transport, with the longest river being the Mahakam. 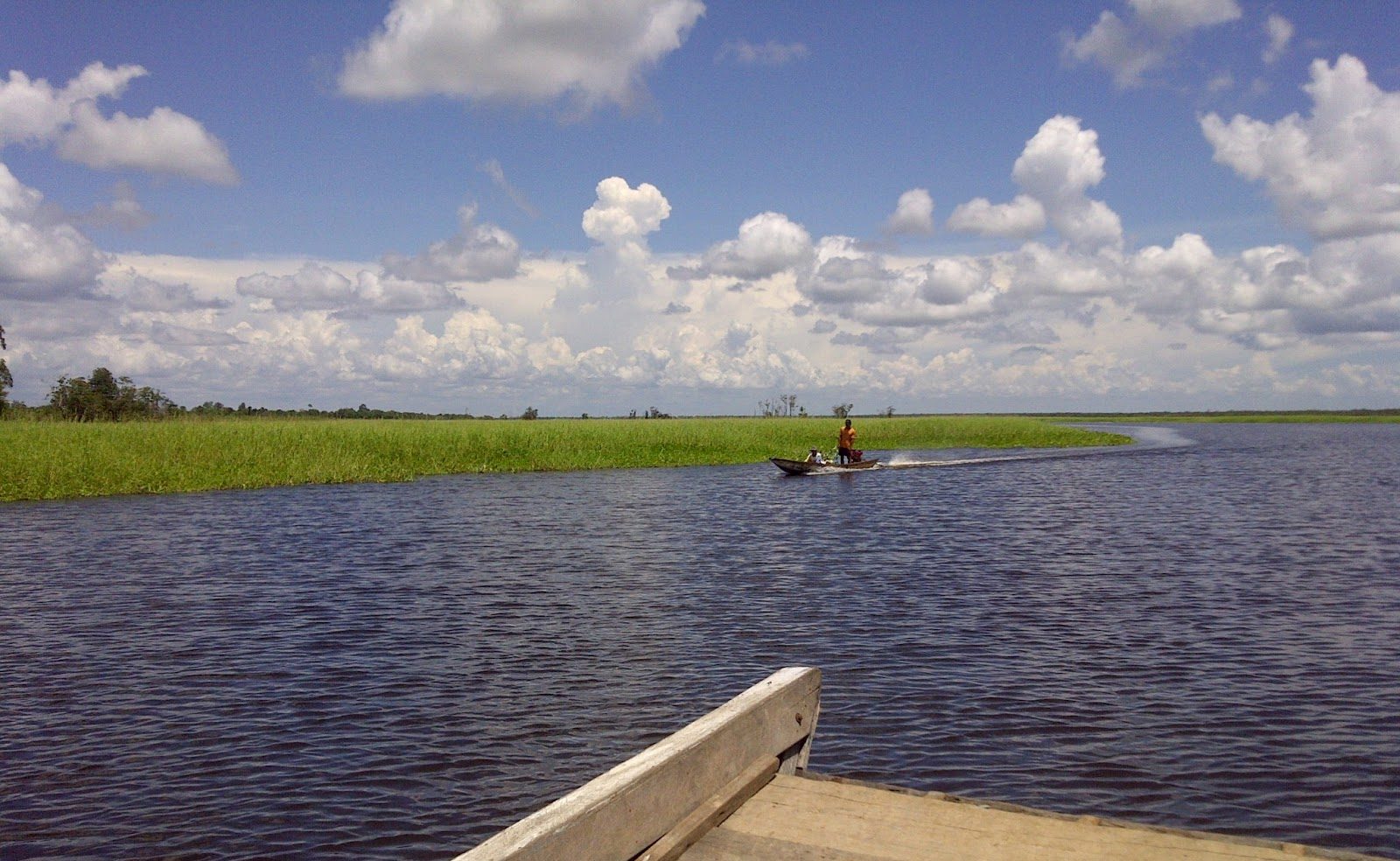 Most lakes are located in the Kutai Regency, with the most extensive lakes, Semayang and Melintang, having an area of 13,000 ha and 11,000 ha respectively.

Climate. Such as the climate of Indonesia in general, East Kalimantan tropical climate and has two seasons, dry and rainy seasons. The dry season usually occurs in May to October, while the rainy season in November to April. This situation continued every year interspersed with transitional season in certain months.

Moreover, because of its location on the equator, the climate in East Kalimantan are also affected by wind monsoon, monsoon wind is November–April west and east monsoon winds from May to October. In recent years, the situation in East Kalimantan season is sometimes erratic. In the months that it is supposed to rain, there is no rain at all, or vice versa in the months that should be dry it rains for a much longer time. 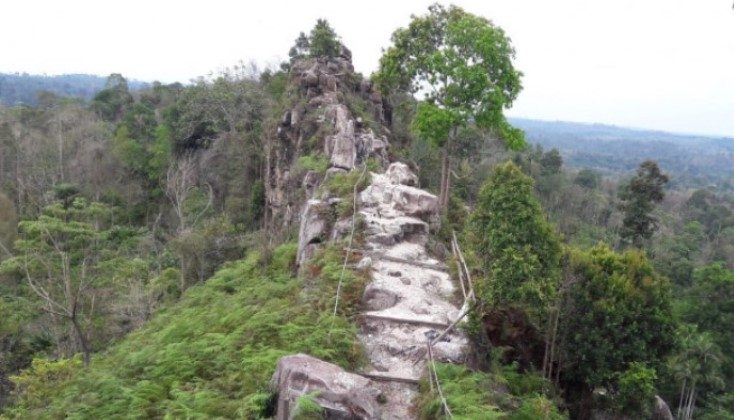 Temperature and humidity. Temperatures somewhere high and low are determined by the area of the ocean surface and the distance from the beach. In general, East Kalimantan hot climates with temperatures in 2013 ranged from 21.6 °C in Berau October to 35.6 °C in Berau in September. 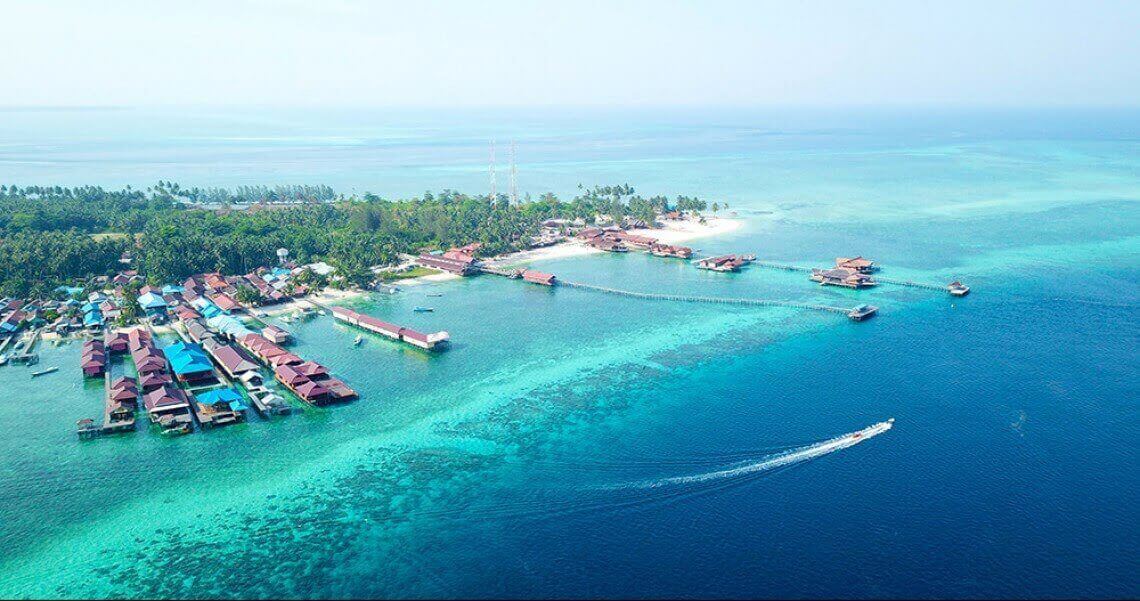 Aside from being a tropical area with extensive forests, in 2013 the average humidity between 83 and 87 percent of East Kalimantan. The lowest air humidity observed by the meteorological station Samarinda happens in a few months with 82 percent humidity. While the highest occurred in Berau in February with 91 percent humidity.

Rainfall and wind conditions. Rainfall in East Kalimantan region varies by month and location of monitoring stations. Average highest rainfall recorded at the Meteorological Station Berau amounted to 245.1 mm and the lowest for the year 2013 was recorded at the Meteorological Station Samarinda is 237.8 mm. At some monitoring stations monitor wind conditions in East Kalimantan in 2013. Observations show that wind speeds between 3 and 4 knots. The highest wind speed was 4 knots in Balikpapan and Berau, while the lowest was 3 knots in Samarinda. 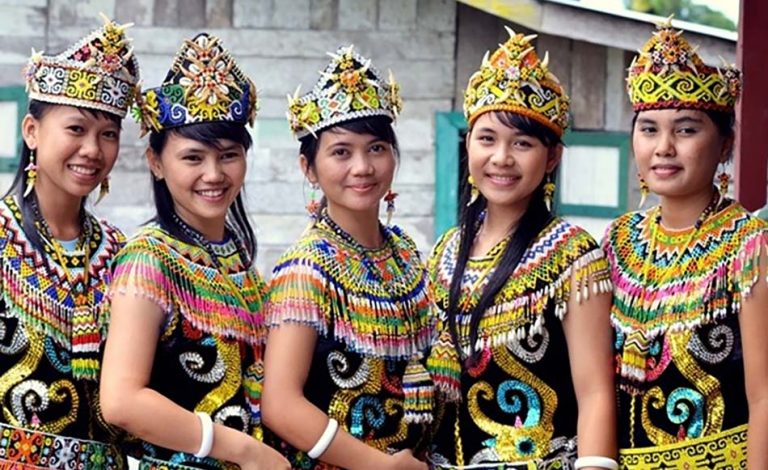 The most populous ethnic group in East Kalimantan is the Javanese (29.55%) which is spread in almost all regions, especially the transmigration areas to urban areas. The second largest ethnic group is Bugis (18.26%), which occupy many coastal areas and urban areas. 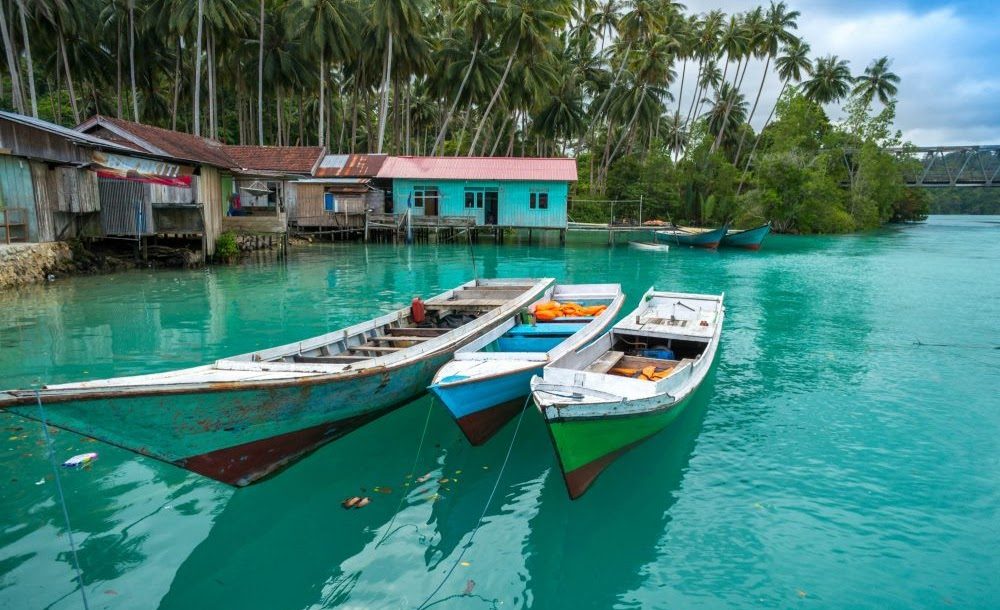 The third largest ethnicity is Banjar (13.94%) who are quite dominant in the city of Samarinda and Balikpapan. East Kalimantan is a major destination of migrants from Java, Sulawesi and South Kalimantan. 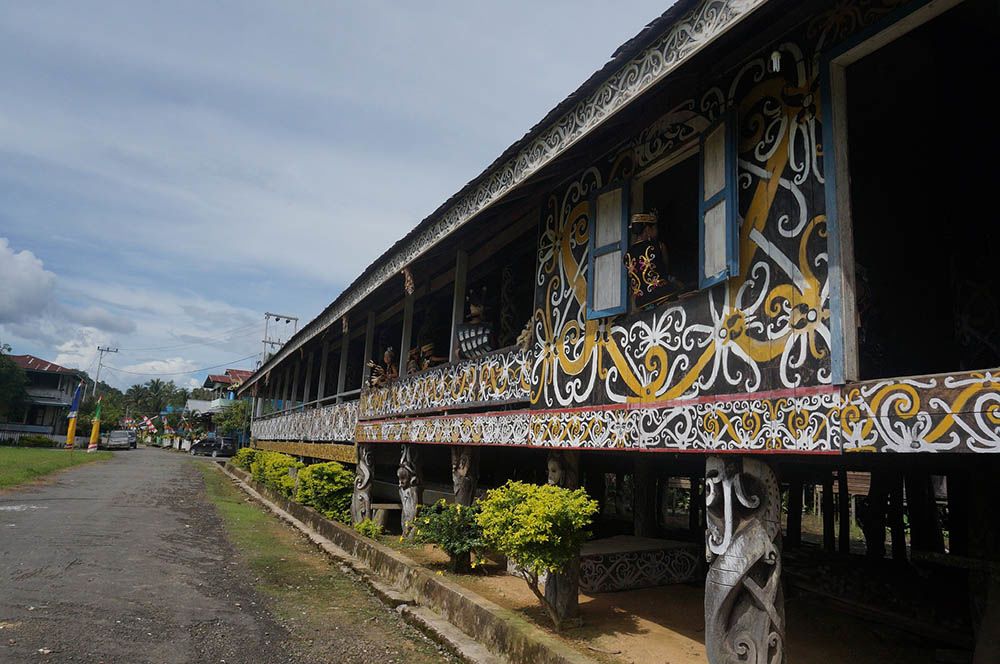 Language. People in East Kalimantan generally use Indonesian in official purposes and Banjarese for inter-ethnic communication. Due to the large number of Banjarese people in the province, their language became the main lingua franca especially in cities like Samarinda and Balikpapan. Besides Banjarese, there is a significant presence of Javanese and Buginese speakers as well, due to the large migration of Javanese and Buginese people into the region. 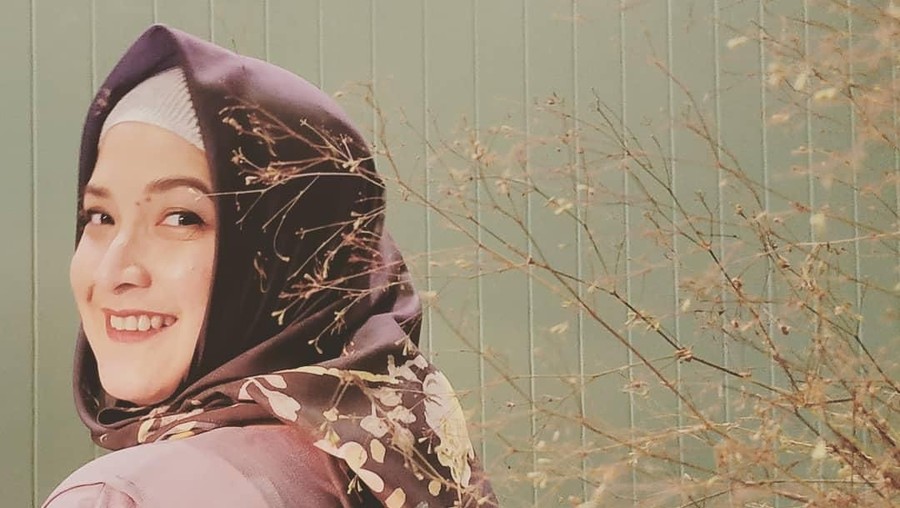 Religion. From the 4th to 17th centuries East Kalimantan was a Hindu nation under the Kutai Martadipura Kingdom. After the VOC invaded the Sultanate of Gowa, Islam spread from eastern coast of Kalimantan with the non-native people (transmigran). Inland Borneo is dominated by native (Dayak) which adhere to Christianity, Hinduism and Kaharingan.

The province of East Kalimantan is divided into 7 (seven) regencies (kabupaten) and 3 (three) cities (kota).