Taro Ada Taro Gau - The same between words and deeds.

The Bugis (Lontara: ᨈᨚ ᨕᨘᨁᨗ; Jawi: اورڠ بوݢيس) are an ethnic group originating from South Sulawesi. The main characteristics of this ethnic group are language and customs, so that Malay and Minangkabau immigrants who have migrated to Sulawesi since the 15th century as administrative and tradespeople in the Kingdom of Gowa and have been acculturated, are also categorized as Bugis.
more..
Based on the 2000 Indonesian population census, the Bugis population is around six million people. Now the Bugis are also spreading in various Indonesian provinces, such as Southeast Sulawesi, Central Sulawesi, Papua, DKI Jakarta, East Kalimantan, South Kalimantan, Jambi, Riau and the Riau Islands. Besides that, Bugis people are also found in Malaysia and Singapore who have given birth and their descendants have become part of the country. Because of the spirit of the migrants from the Bugis community, so many Bugis people have gone abroad.

Although many Bugis people live in the large port cities of Makassar and Parepare, the majority are farmers who grow wet rice on the lowland plains to the north and west of the town of Maros. The name Bugis is an exonym which represents an older form of the name; (To) Ugi is the endonym. The Bugis people speak a distinct regional language in addition to Indonesian, called Basa Ugi, Bugis or Bugis. In reality, there are several dialects, some of which are sufficiently different from others to be considered separate languages. The Bugis language belongs to the South Sulawesi language group; other members include the Maksar language, Torajan, Mandar and Enrekang, each being a series of dialects. 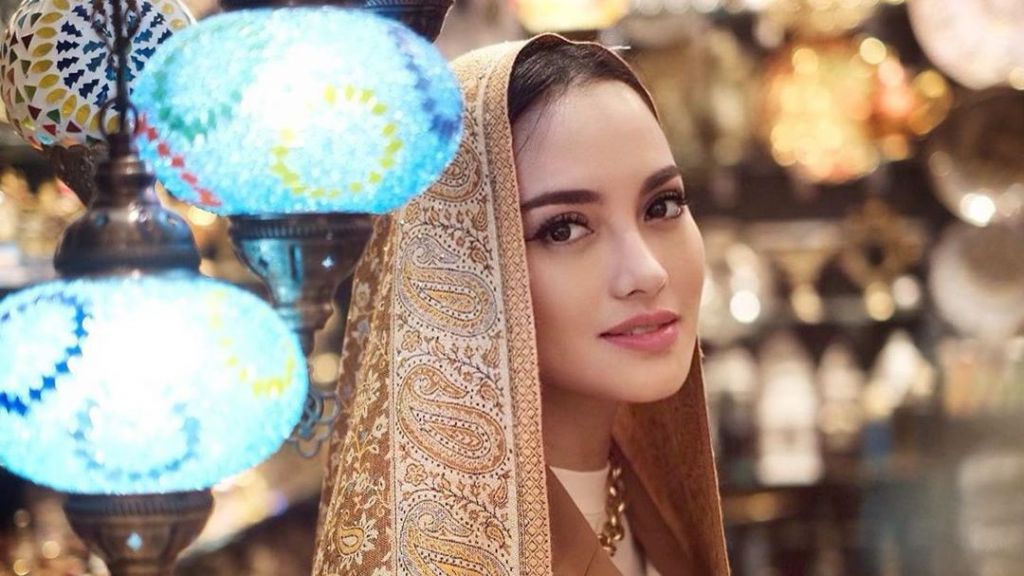 The Austronesian ancestors of the Bugis people settled on Sulawesi around 2500 B.C.E. There is “historical linguistic evidence of some late Holocene immigration of Austronesian speakers to South Sulawesi from Taiwan”.

That means, the Buginese have “possible ultimate ancestry in South China”, and that as a result of this immigration, “there was an infusion of an exogenous population from China or Taiwan.” Migration from South China by some of the paternal ancestors of the Bugis is also supported by studies of Human Y-chromosome DNA haplogroups.

The homeland of the Buginese is the area around Lake Tempe and Lake Sidenreng in the Walannae Depression in the southwest peninsula of Sulawesi. It was here that the ancestors of the present-day Bugis settled, probably in the mid- to late second millennium BC. The area is rich in fish and wildlife and the annual fluctuation of Lake Tempe (a reservoir lake for the Bila and Walannae rivers) allows speculative planting of wet rice, while the hills can be farmed by swidden or shifting cultivation, wet rice, gathering and hunting. 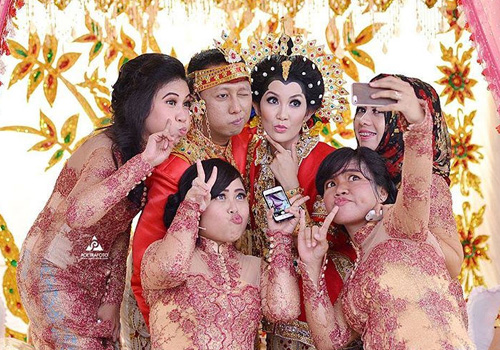 Around AD 1200 the availability of prestigious imported goods including Chinese and Southeast Asian ceramics and Gujerati print-block textiles, coupled with newly discovered sources of iron ore in Luwu stimulated an agrarian revolution which expanded from the great lakes region into the lowland plains to the east, south and west of the Walennae depression.

This led over the next 400 years to the development of the major kingdoms of South Sulawesi, and the social transformation of chiefly societies into hierarchical proto-states.

Most present-day Buginese now earn their living as rice farmers, traders or fishermen. Women help with the agricultural cycle and work in the homes.

Most Bugis people live in stilted houses, sometimes three meters (9 ft) or more off the ground, with plank walls and floors.

Many of the marriages are still arranged by parents and ideally take place between cousins. The Bugis recognise a cousin up to the ninth degree. A newlywed couple often lives with the wife’s family for the first few years of their marriage (matrilocal). 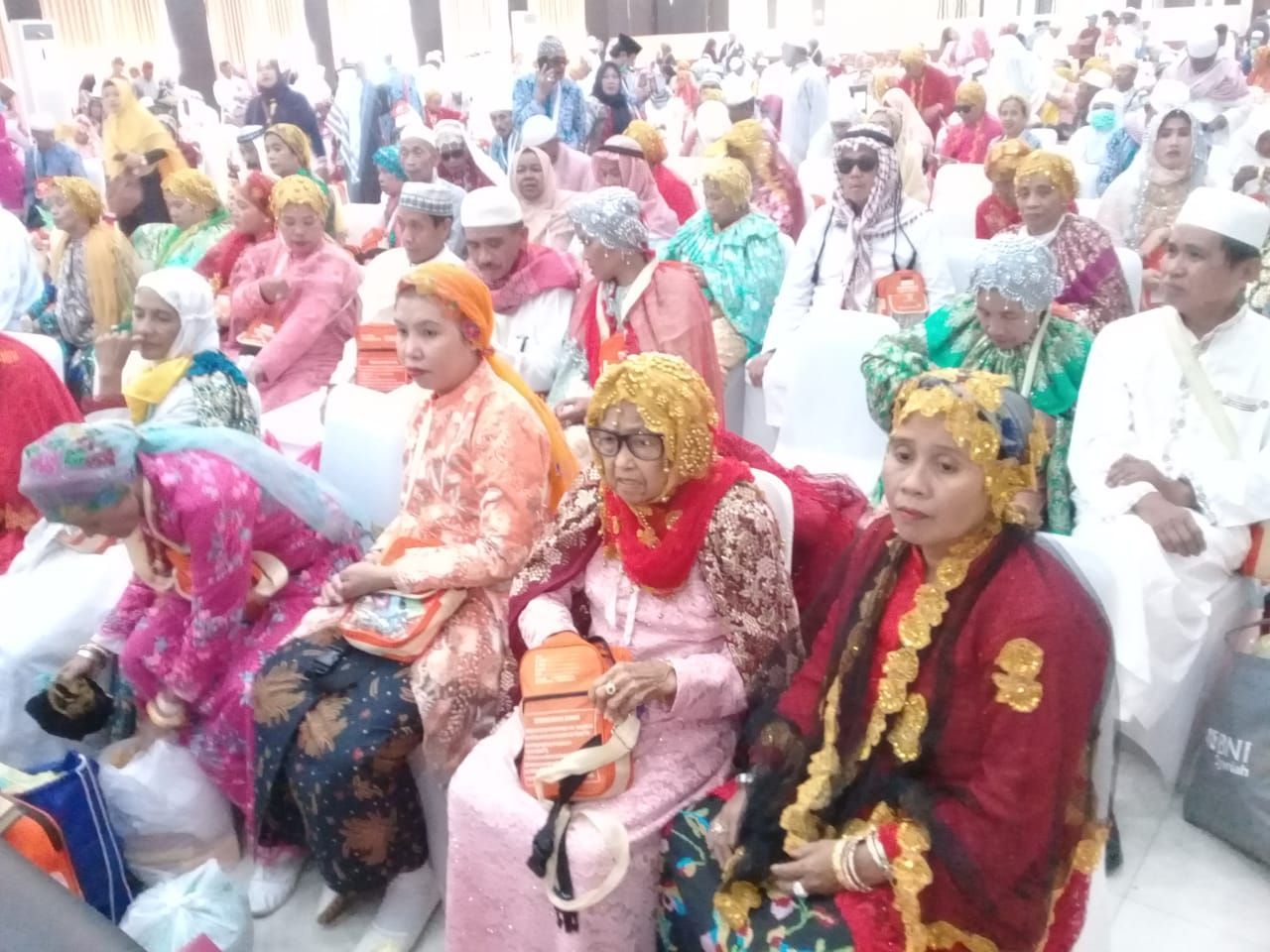 It has been argued that the Bugis people recognise five separate genders. These are makkunrai and oroané, which are similar to cisgender male and female respectively, as well as calabai, calalai, and bissu, which are less easily comparable to Western ideas of gender.

A few west coast rulers converted to Christianity in the mid-16th century, but failure by the Portuguese at Malacca to provide priests meant that this did not last. In the early 17th century, the Minangkabau ulama, Dato Ri Bandang, Dato Ri Tiro, and Dato Ri Patimang spread Islam in South Sulawesi. The Bugis converted from indigenous animistic practices and beliefs to Islam.

By 1611, all the Makasar and Bugis kingdoms had converted to Islam. According to Nurman Said 95% of the Bugis are Muslims. There are a small number of Bugis who do not take Islam as their religion. Some Bugis converted to Christianity by means of marriage but their number remained small. A Bugis community living in Amparita in the Sidenreng Rappang Regency remains in pre-Islamic belief and is called as Tolotang.

Because most Bugis people are Muslims, the Hajj is seen as a prestige by them. 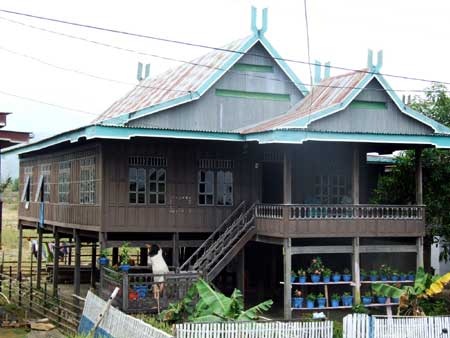 Bugis houses have their own uniqueness, compared to the houses of other tribes (Sumatra and Kalimantan). The shape usually extends to the back, with the addition of the main building and the front part, the Bugis call it lego.

Here are the main parts:
Main pillar (alliri). Usually consists of 4 sticks per row. the amount depends on the number of rooms to be created. but generally, it consists of 3/4 alliri lines. So in total there are 12 alliri stalks.
Fadongko’, which is the part that serves as a connector for alliri on each line.
Fattoppo, which is the part that serves as the top hook of the middle alliripaling each line.

Why do Bugis people like the architecture of the house that has under. It is said that the Bugis, long before Islam entered the land of Bugis (tana ugi’), the Bugis believed that the universe consists of 3 parts, the upper part (botting langi), the middle part (alang tengnga) and the lower part (paratiwi). 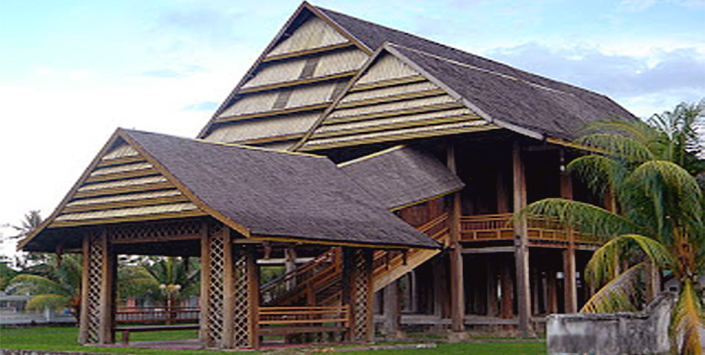 The parts of this Bugis house are as follows:
Rakkeang, is the part above the ceiling (plasterboard). In the past, it was usually used to store newly harvested rice.
Ale Bola, is the center of the house. where we live. In this spherical ale, there is a central point called the center of the house (posi’ bola).
Awa Bola, is the part under the house, between the floor of the house and the ground. What’s more interesting about this Bugis house is that it can stand even without needing a single nail. Everything is purely using wood. And what’s unique is that this house can be moved. 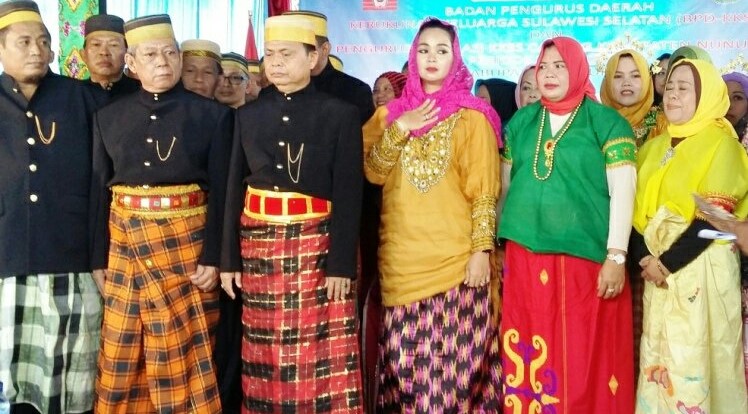 In general, the traditional clothing of these Bugis men is in the form of a suit, so it is often referred to as a Tutu coat. In addition, a Tutu coat is often combined with pants called a paroci or it can also be combined with a sarong or lipa garusuk. This suit is usually also equipped with a songkok that is worn on the head.

The tutu has buttons made of gold or silver attached to the collar of the coat. Whereas the sarong is usually made of colors that look plain but striking like red and green. In addition, there are special clothes for women of the Bugis tribe called Bodo clothes. This shirt is famous as one of the oldest traditional clothes in Indonesia. Bodo shirt has a characteristic rectangular shape and has short sleeves. 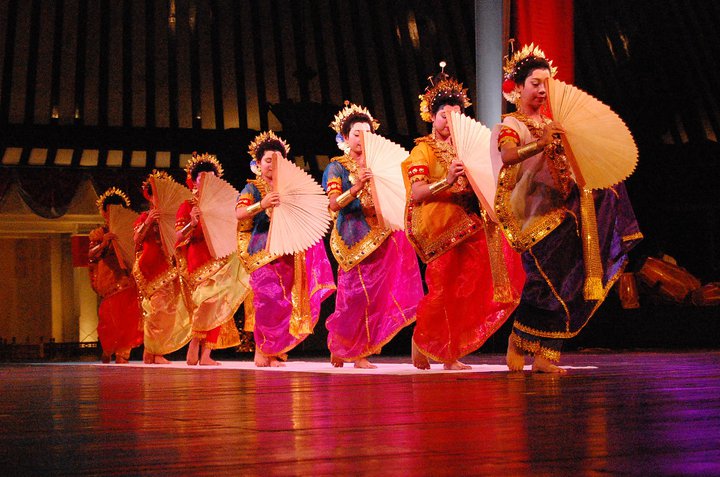 Pakarena dance is a traditional dance performed by women, which tells a myth about the separation of the inhabitants of boting langi (heavenly land) from the inhabitants of lino (earth) in ancient times. In this Pakarena dance, it is depicted that before the seconds of separation, boting langi teaches lino residents about the procedures for farming, raising livestock, and how to hunt. This dance is performed as a form of gratitude to the residents of botting langi. 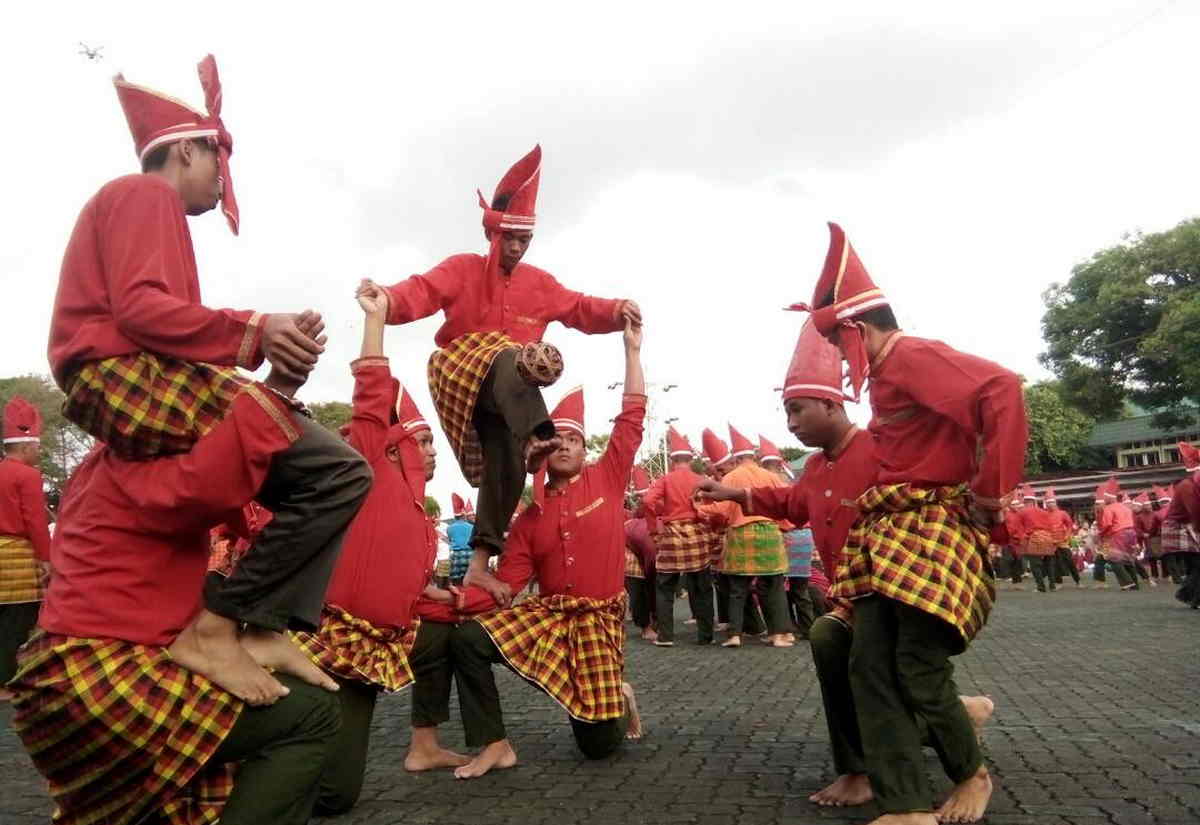 Paraga dance is a kind of game performed by six men wearing traditional passapu clothes, combined with kantiu clothes and barocci pants. This Paraga dance uses a sports ball (takrow ball) with the construction of the ball moving from foot to foot. This movement is the actualization of a’rannu-rannu.

The expertise of the Paraga dance players is an attraction in itself. While moving the sport ball continues to be played from one player to another without falling to the ground. The attraction attracted the attention of the audience, the sports ball continued to be played while standing on the shoulders of two of his colleagues.