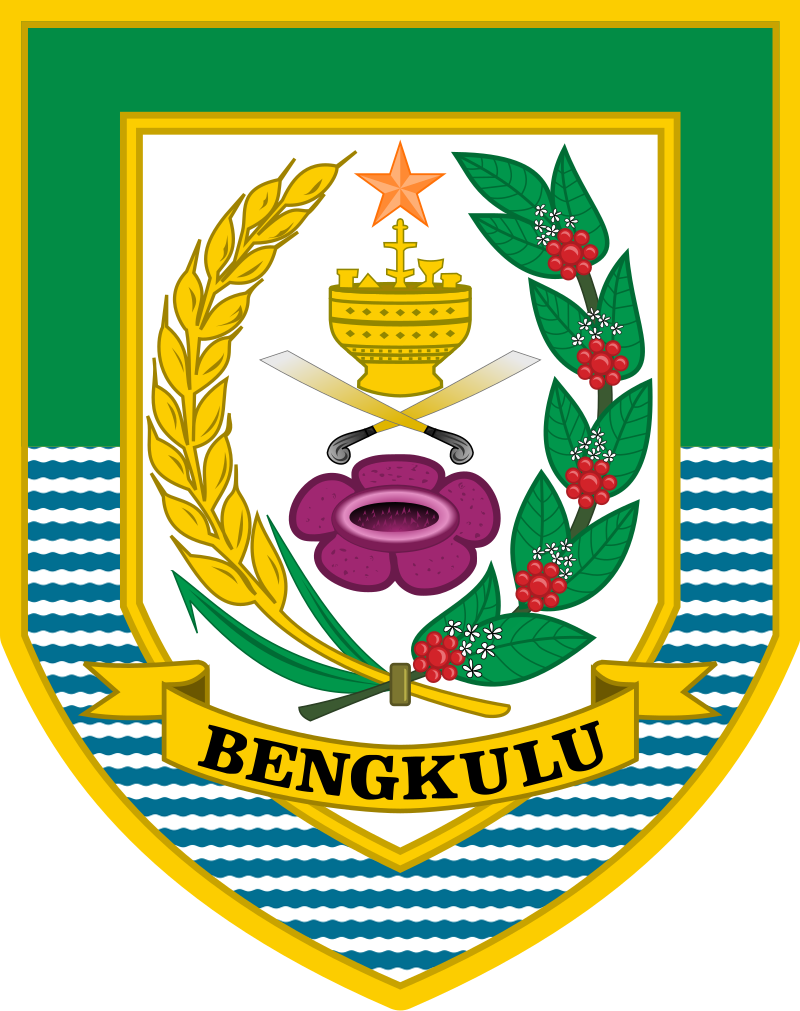 Bengkulu is a province of Indonesia. It is located on the southwest coast of Sumatra. It was formed on 18 November 1968 by separating out the former Bencoolen Residency area from the province of South Sumatra under Law No. 9 of 1967 and was finalized by Government Regulation No. 20 of 1968. Spread over 19,813 km2, it is bordered by the provinces of West Sumatra to the north, Jambi to the northeast, Lampung to the southeast, and South Sumatra to the east, and by the Indian Ocean to the northwest, south, southwest, and west.

more..
According to a release by Badan Pusat Statistik, it has the eleventh highest Human Development Index among the provinces, with a score of about 0.744 in 2013. By 2014, the province is positioned 28th highest in gross domestic product and 20th highest in life expectancy, 70.35 years.

Bengkulu also includes offshore Mega Island and Enggano Island in the Indian Ocean. Bengkulu has 525 kilometres of coastline along the Indian Ocean on its western side, from Dusun Baru Pelokan in Muko-Muko Regency to Tebing Nasal in Kaur Regency. Bengkulu has many natural resources such as coal and gold, and has big and potential geothermal resources. However, it is less developed than other provinces in Sumatra. 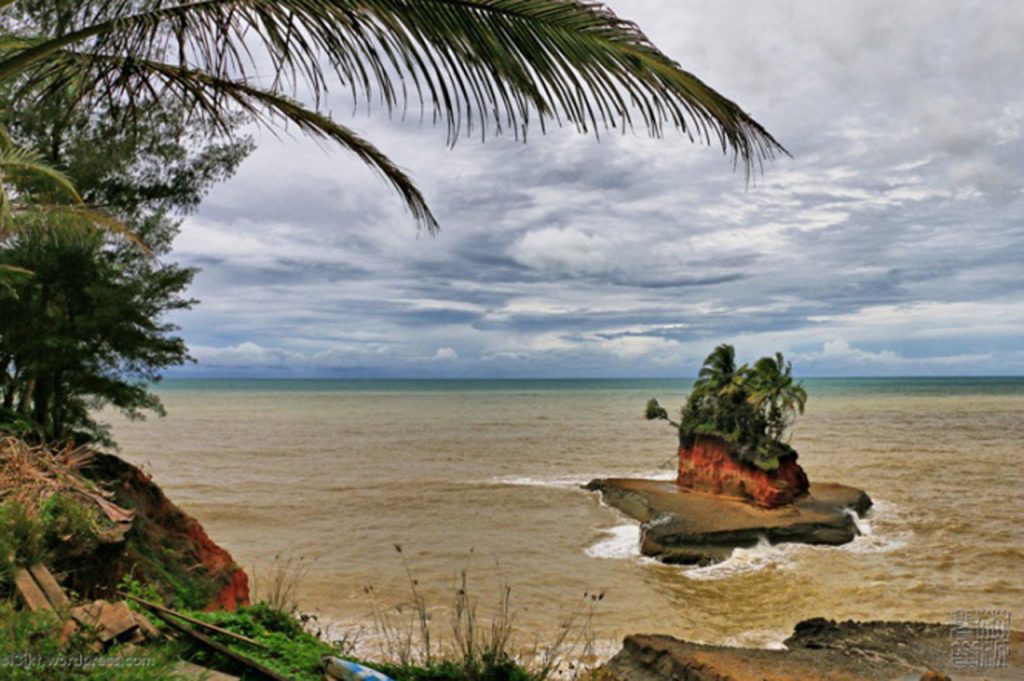 Traditional sources suggest that the name Bengkulu or Bangkahulu derived from the word bangkai and hulu which means ‘carcasses located in an stream’. According to the story, there was once a war between small kingdoms in Bengkulu, resulting in many casualties from both sides in the streams of Bengkulu. These casualties soon rotted as they were not buried, lying in river streams. 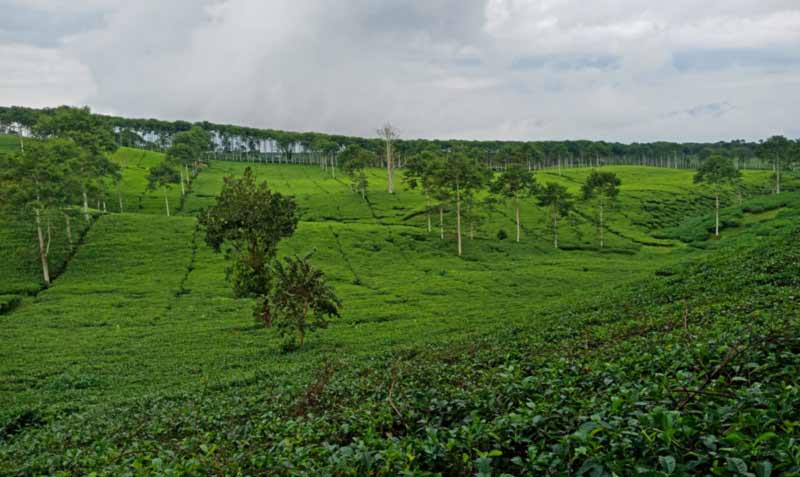 This etymology is similar to the story of a war between the Majapahit Empire and the Pagaruyung Kingdom in Padang Sibusuk, an area once ruled by the Dharmasraya empire, which also derives the name Padang Sibusuk from casualties rotting on the battlefield. During the European colonial era, the region was known as Bencoolen or British Bencoolen. 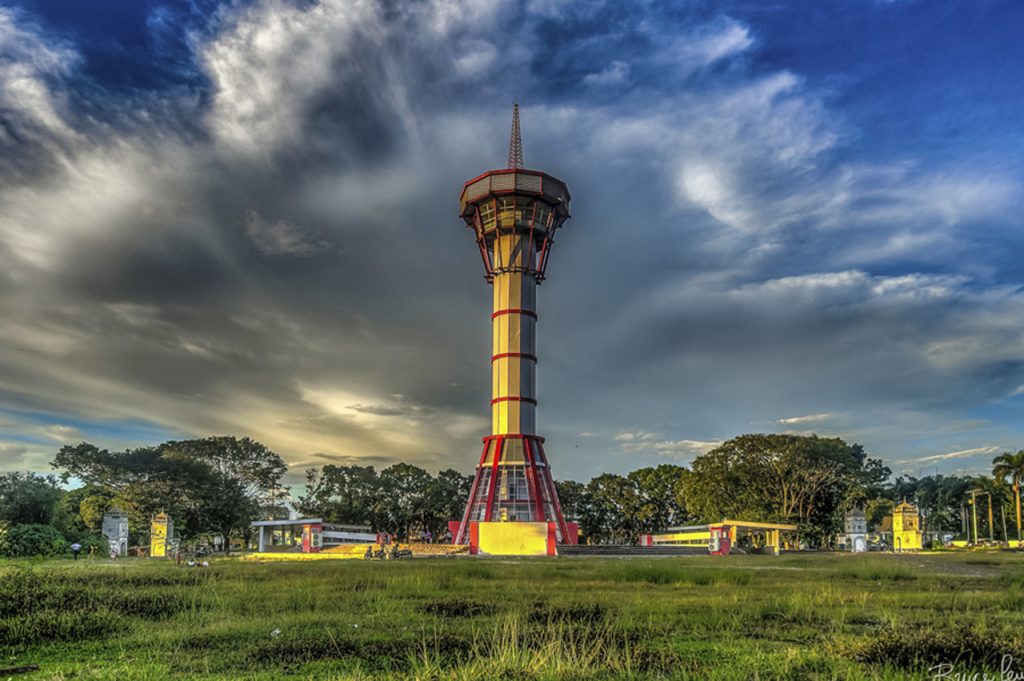 The region was subject to the Buddhist Srivijaya empire in the 8th century. The Shailendra Kingdom and Singosari Kingdom succeeded the Srivijaya but it is unclear whether they spread their influence over Bengkulu. The Majapahit also had little influence over Bengkulu. There were only few smalls ‘kedatuan’ based on ethnicity such as in Sungai Serut, Selebar, Pat Petulai, Balai Buntar, Sungai Lemau, Sekiris, Gedung Agung and Marau Riang. 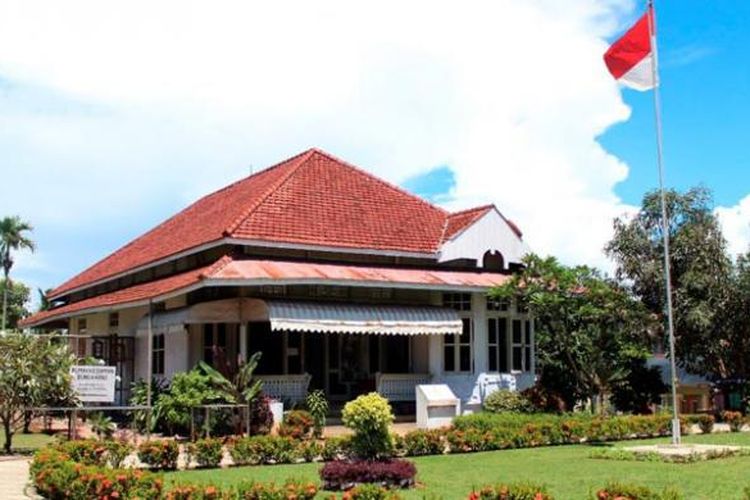 It became a vassal region of the Banten Sultanate (from Western Java) in the early 15th century and since the 17th century was ruled by Minangkabau’s Inderapura Sultanate (today’s in Pesisir Selatan, West Sumatra Province).

During Sukarno’s imprisonment by the Dutch in the early 1930s, the future first president of Indonesia lived briefly in Bengkulu. Here he met his wife, Fatmawati, who bore him several children, one of whom, Megawati Sukarnoputri, became Indonesia’s first female President.

During early independence, Bengkulu was included in the older ‘South Sumatera’ Province with Lampung, the Bangka-Belitung Archipelago and what became South Sumatera itself, as a Residency. It finally gained its provincial status in 1968 as the 26th province (prior to the last province: East Timor). 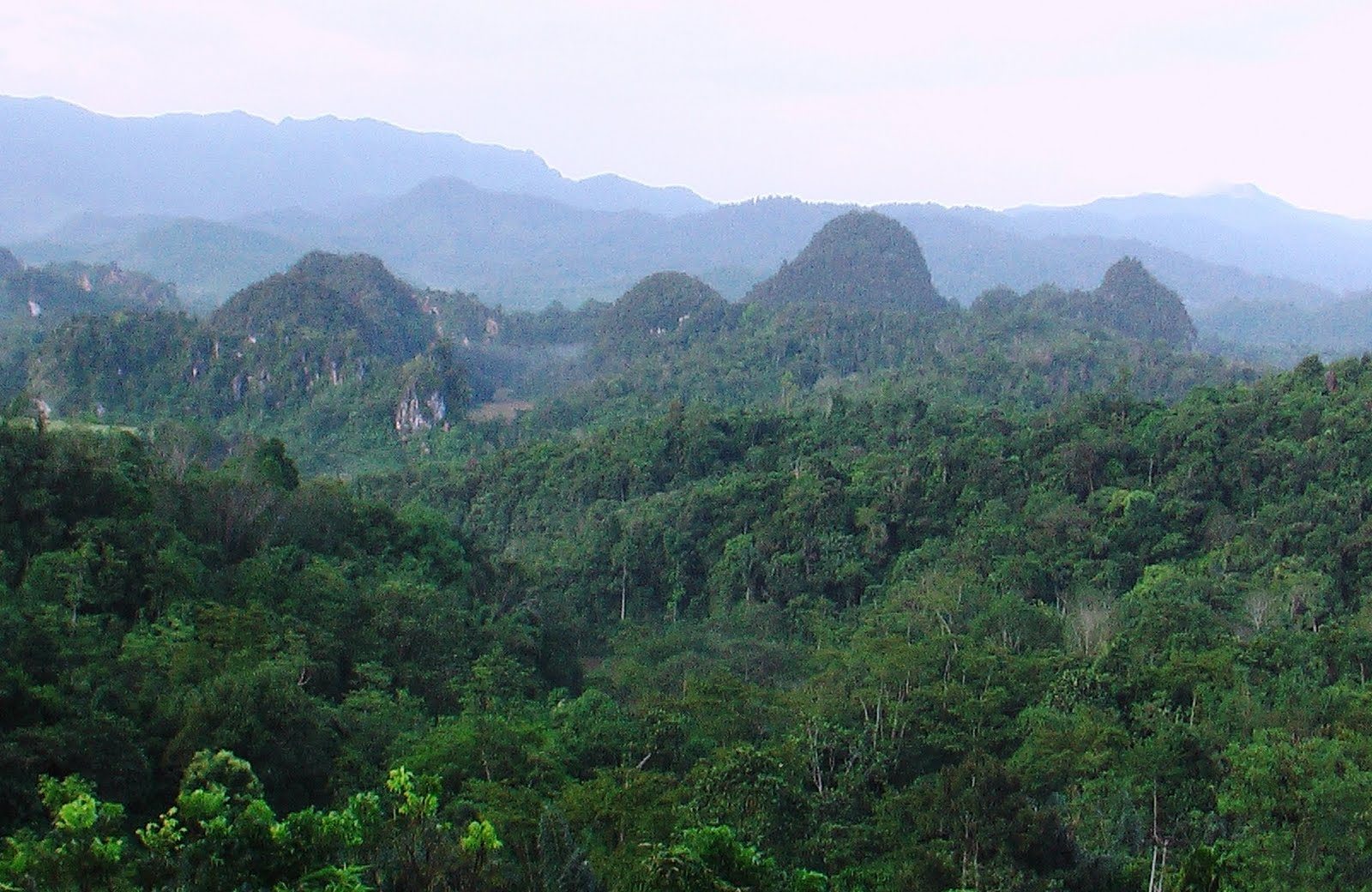 The western part of Bengkulu province, bordering the Indian Ocean coast, is about 576 km along, and the eastern part of the condition is hilly with a plateau that is prone to erosion. Bengkulu Province is on the west side of the Bukit Barisan mountains. 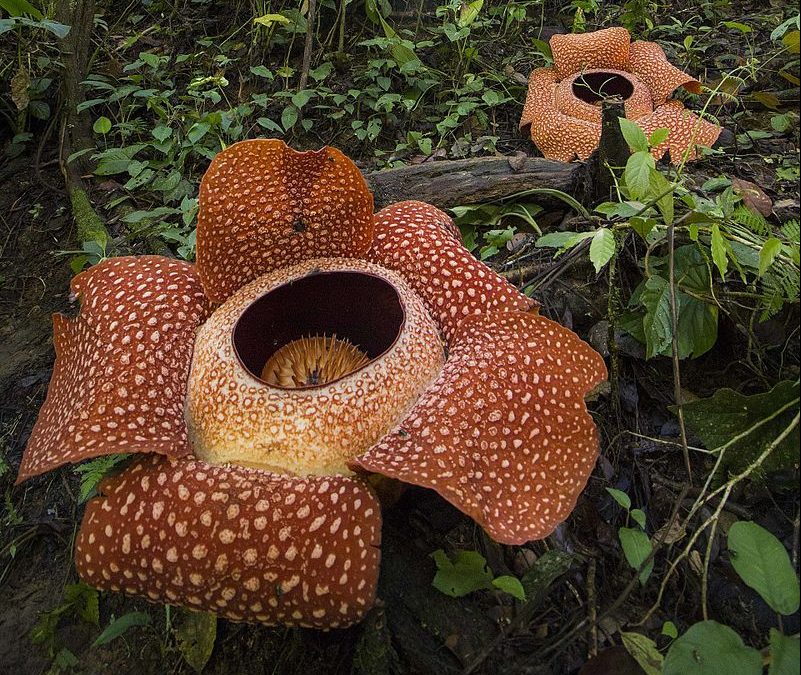 Bengkulu province in the north bordering the province of West Sumatra, in the southern Indian Ocean and Lampung province, in the west bordering the Indian Ocean and in the east with the province of Jambi and South Sumatra Province. Bengkulu province bordered by the Indian Ocean coastline of approximately 525 kilometers. Its western part is hilly with fertile plateaus, while the western part is lowland relatively narrow, elongated from north to south and punctuated selangi bumpy areas.

Bengkulu’s climate is classified as tropical. Bengkulu has a large amount of rainfall throughout the year, even in the driest month. The climate here is classified as Af by the Köppen-Geiger system. The annual average temperature is 26.8 °C. The average annual rainfall is 3360 mm. The total area of Bengkulu province is 19,919.33 km2. For administrative purposes, the province is divided into nine regencies and one city, together sub-divided into 93 districts. 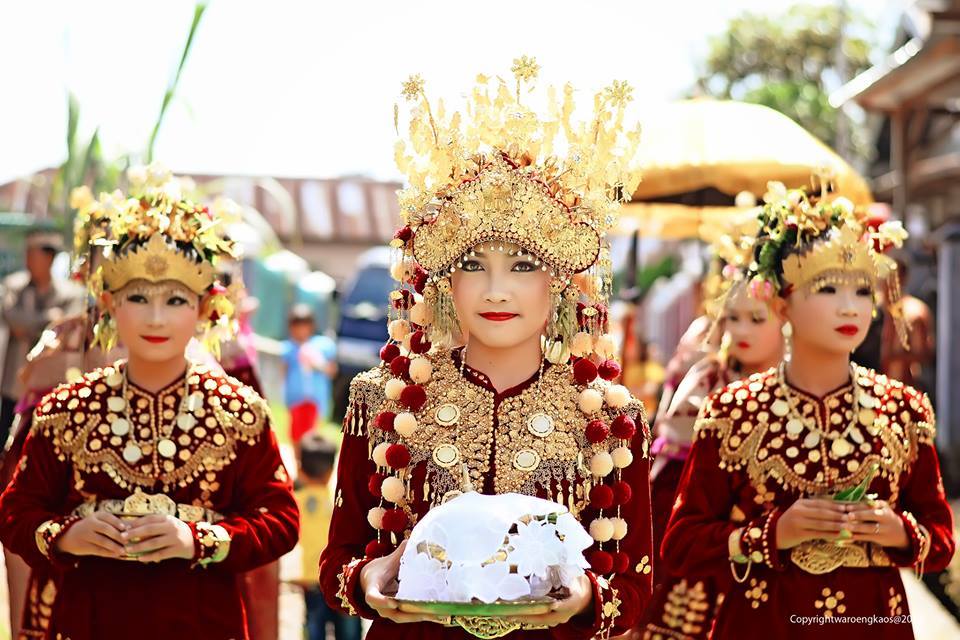 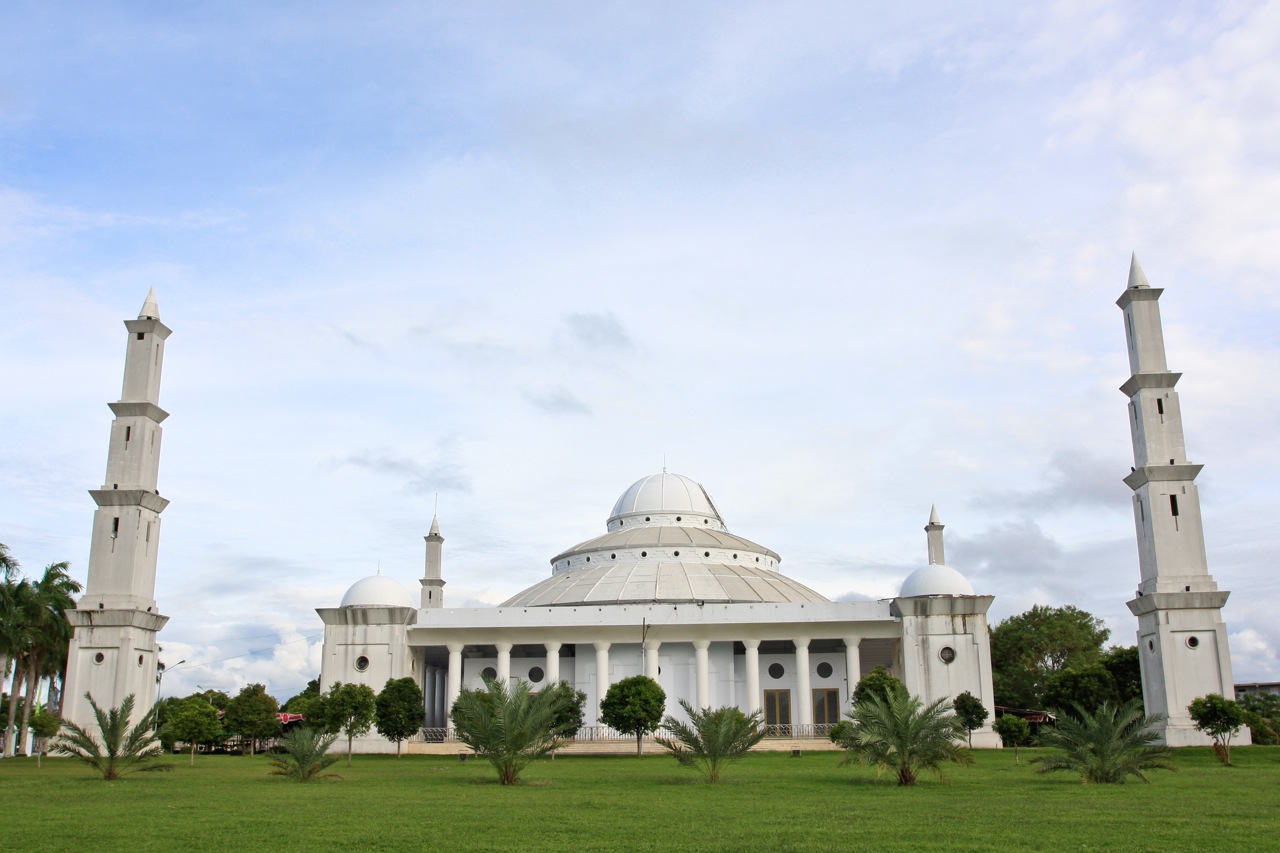 There is also non-indigenous ethnic groups that mostly came from other parts of Indonesia such as Sundanese, Javanese, Acehnese, Madurese, Batak, Chinese and others.

Languages. Like the rest of Indonesia, Indonesian is the official language for formal occasions, institutions, and government affairs while local languages are widely used in daily life.

Most indigenous languages in Bengkulu belong to the Malayan group of Austronesian languages, such as Bengkulu Malay, Lembak, Pekal and Minangkabau varieties. The most widely spoken language in the province, Rejang, is the only Bornean language to be spoken in Sumatra (and one of three outside of Borneo other than Malagasy in Madagascar and Yakan in Basilan).

Bengkulu Province is subdivided into 9 (nine) regencies and the independent city of Bengkulu, which lies outside any regency.