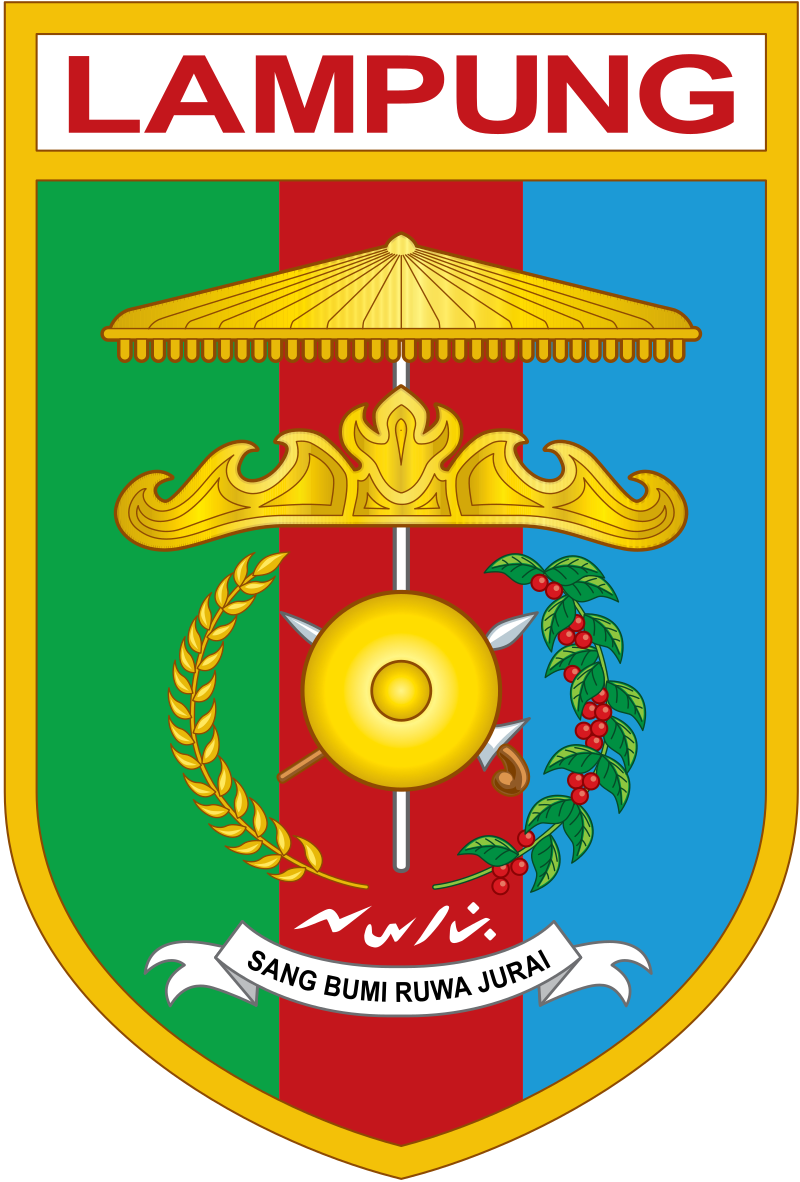 The province covers a land area of 35,376 sq.km and had a population of 7,608,405 at the 2010 census, 8,109,601 at the 2015 Census and 9,007,848 at the 2020 census, with three-quarters of that being descendants of Javanese, Madurese, and Balinese migrants. These migrants came from more densely populated islands, in search of available land, as well as being part of the national government’s Indonesian transmigration program, of which Lampung was one of the earliest and most significant transmigration destinations. 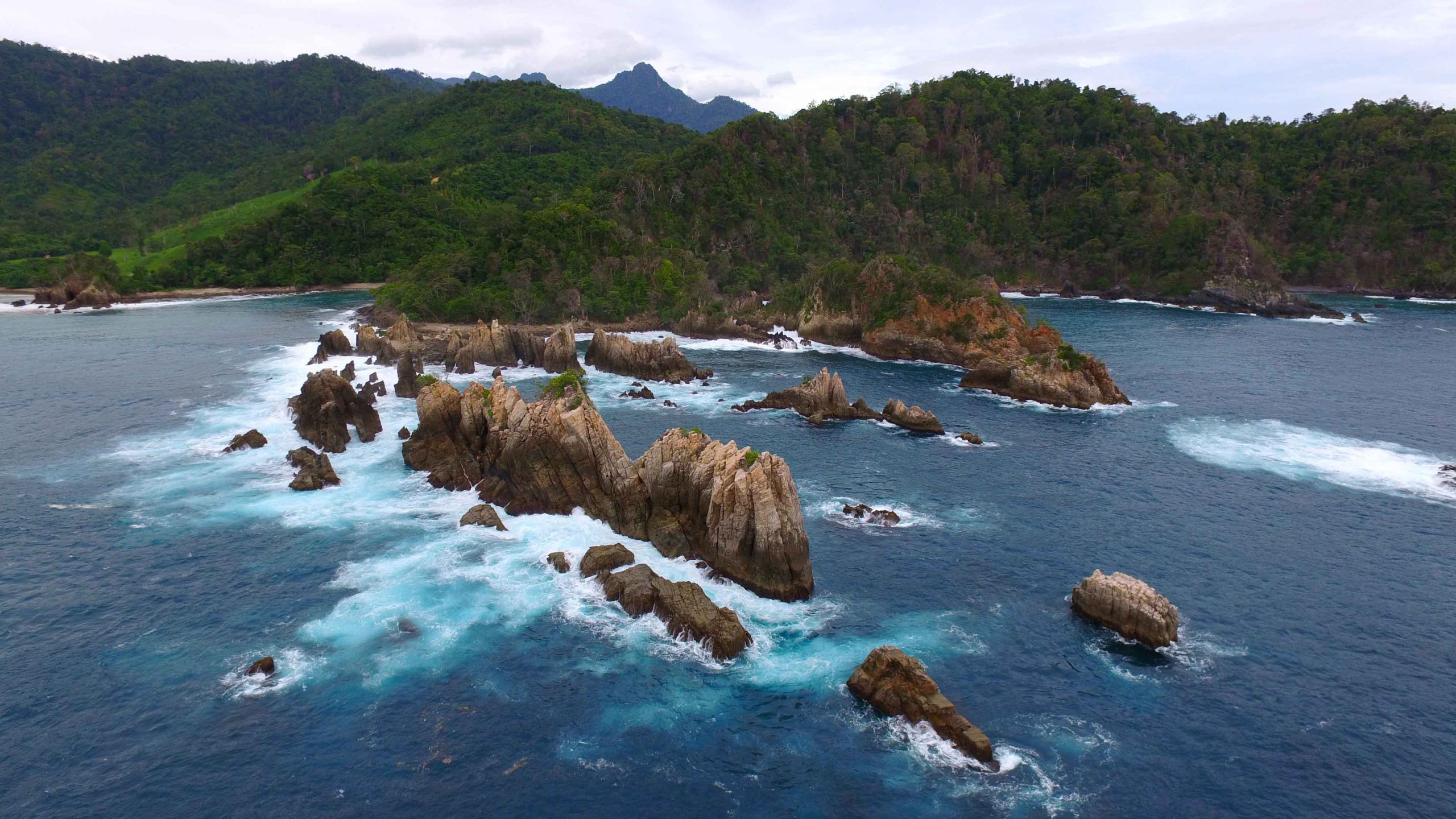 Lampung Province has an area of 35,376.50 km2 (13,658.94 sq mi) and is located between the latitudes of 105°45′-103°48 ‘E and 3°45’-6°45’S. The province borders the Sunda Strait to the southeast and the Java Sea to the east. There are islands within Lampung Province, such: as Daro, Legundi, Tegal, Sebuku, Ketagian, Sebesi, Poahawang, Krakatoa, Putus, and Tabuan. These islands are located mostly in the Bay of Lampung. Pisang Island lies at the entrance to the Regency of West Lampung.

Lampung’s natural terrain varies depending on the region. Along the coast in the west and the south is an area of rolling hills connected to the Bukit Barisan mountain range, running throughout Sumatra from north to south. In the center of the province is mostly lowland. Close to the coast in the east, along with the shores of the Java Sea, further north, is the great waters. 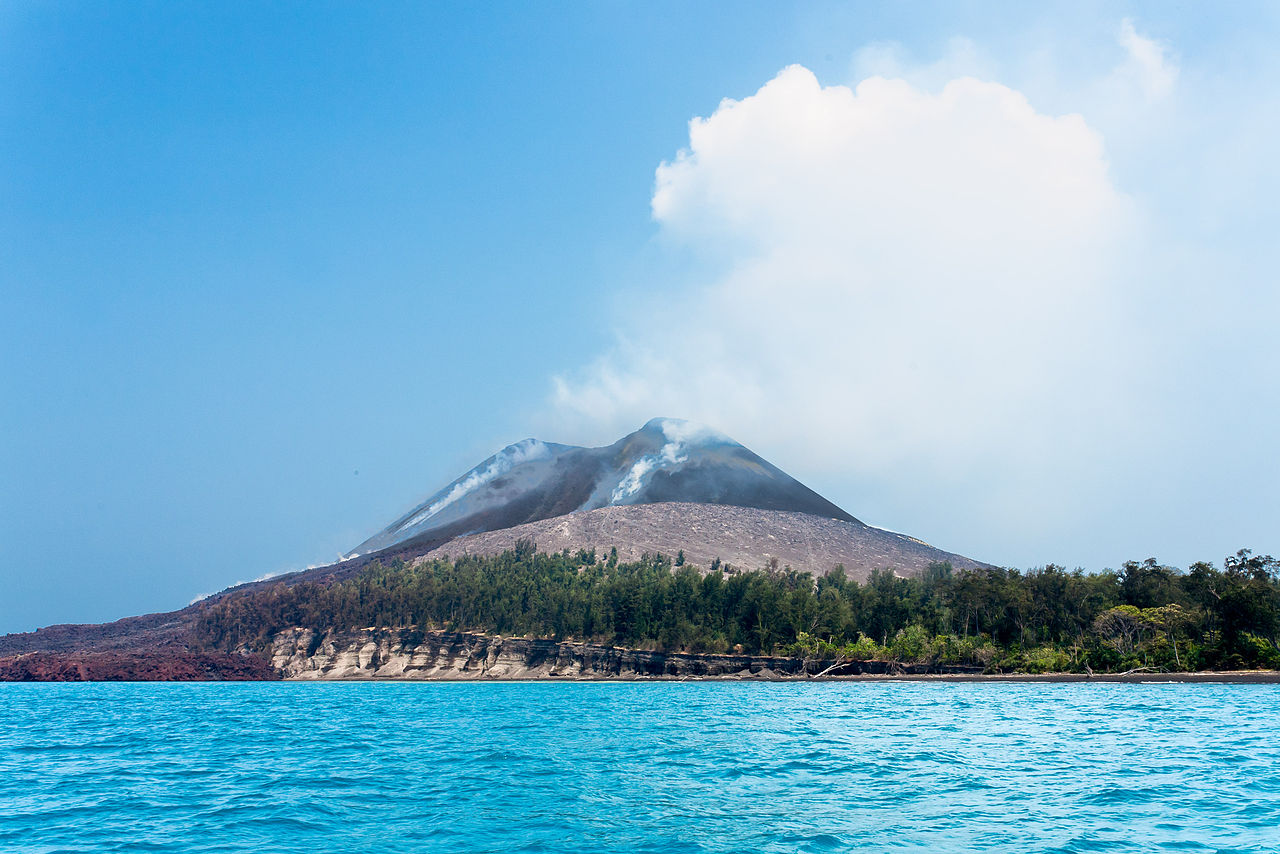 The mountains situated in Lampung by height include: 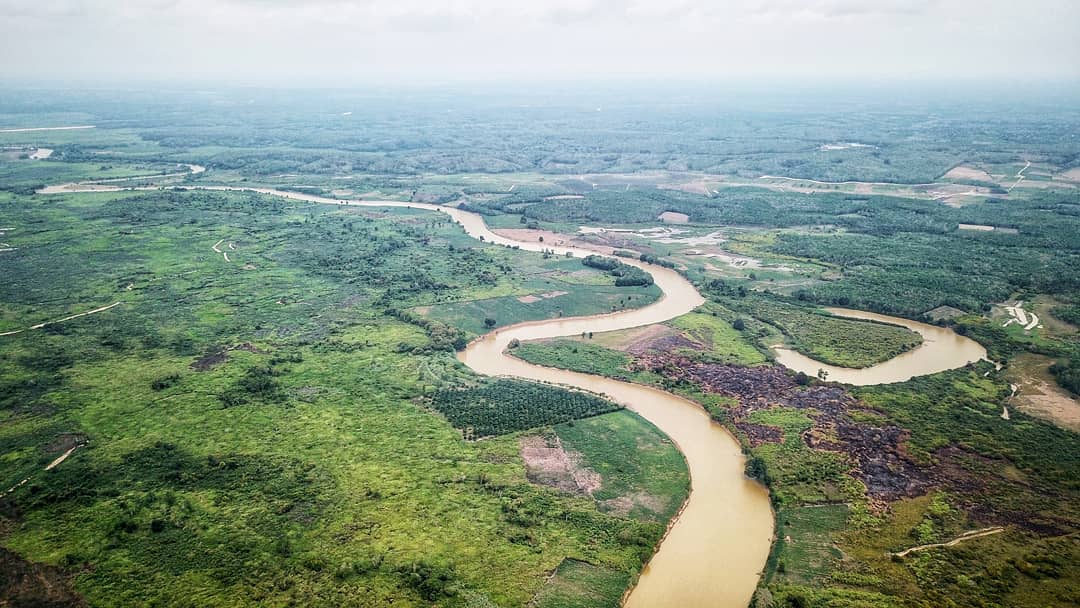 The rivers that flow in Lampung by length and catchment area (CA) are: 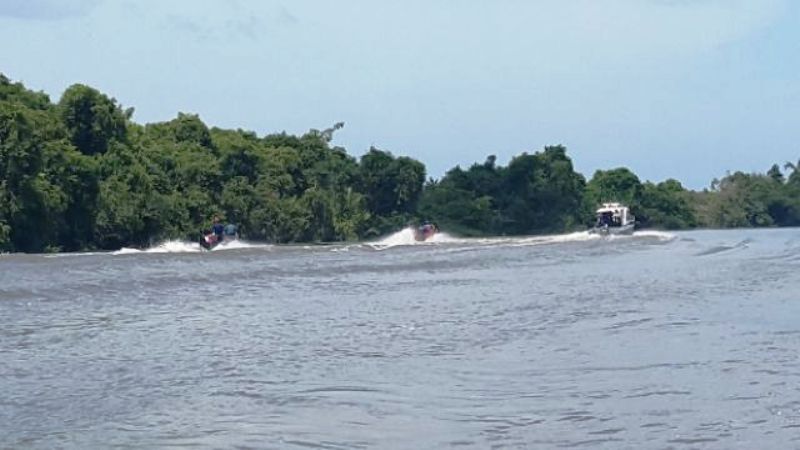 Textiles
Until the 1920s, Lampung had a rich and varied weaving tradition. Lampung weaving used a supplementary weft technique which enabled colored silk or cotton threads to be superimposed on a plainer cotton background. The most prominent Lampung textile was the Palepai, ownership of which was restricted to the Lampung aristocracy of the Kalianda Bay area. 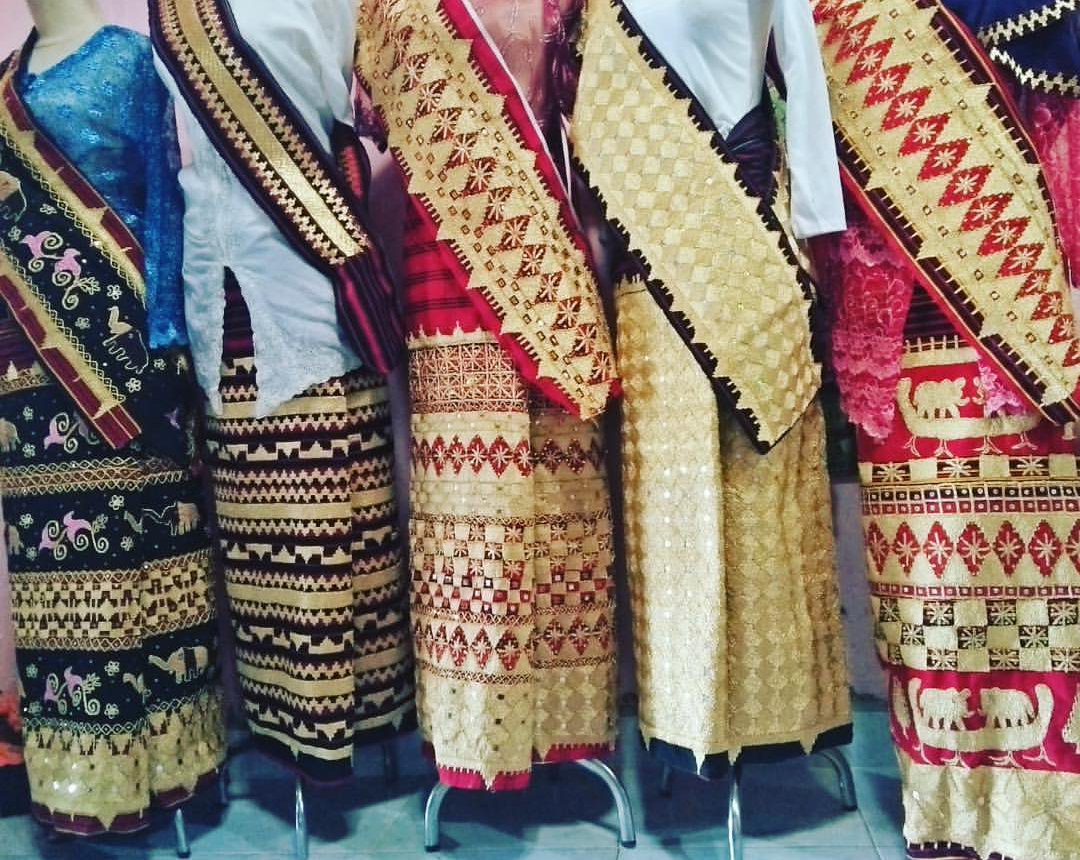 There were two types of smaller clothes, known as tatibin and tampan, which could be owned and used by all levels of Lampungese society. Weaving technologies were spread throughout Lampung. High-quality weavings were produced by the Paminggir, Krui, Abung and Pesisir peoples. Production was particularly prolific among the people of the Kalianda Bay area in the south and the Krui aristocracy in the north.

Lampung textiles, Palepai, tatebin and tampan were called ‘ship cloths’ because ships are a common motif. The ship motif represents the transition from one realm of life to the next, for instance from boyhood to manhood or from being single to married, and also represents the final transition to the afterlife. 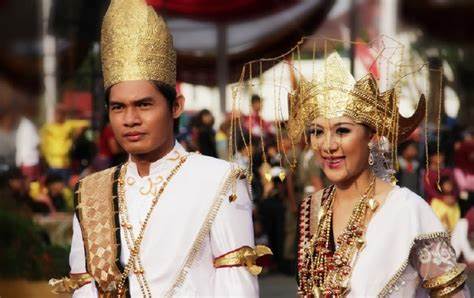 Traditionally, Lampung textiles were used as part of religious ceremonies such as weddings and circumcisions. For instance, Palepai cloths were used as long ceremonial wall-hangings behind the bridal party in aristocratic marriages. The smaller, more humble tampan cloth was exchanged between families at the time of weddings.

Production of fine cloth blossomed in the late nineteenth century as Lampung grew rich on pepper production, but the devastating eruption of Krakatoa in 1883 destroyed many weaving villages in the Kalianda area. By the 1920s the increasing importance of Islam and the collapse of the pepper trade brought production to a halt. Today Lampung textiles are highly prized by collectors. 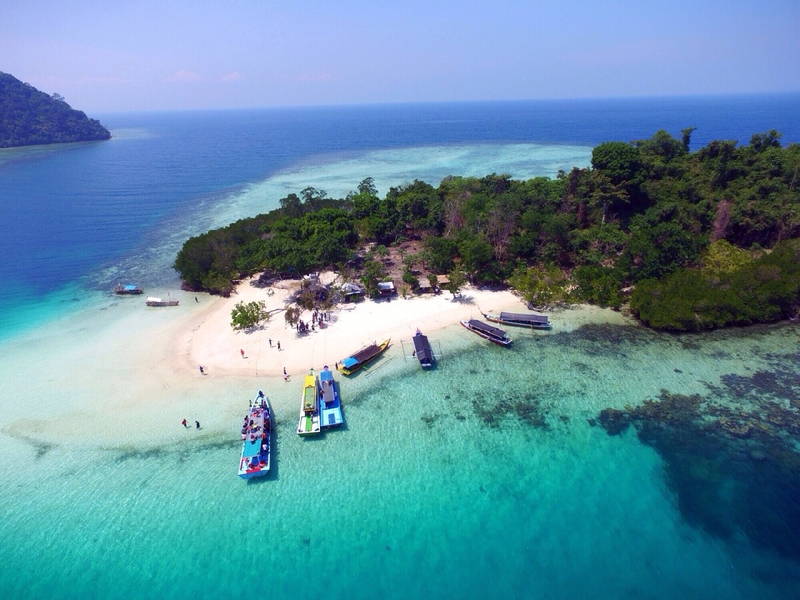 Although tourism is not Lampung Province’s main source of income, the administration has attempted to boost tourism through many ways, mainly from beaches, such as Flamboyant Tanjung Setia. This attraction seeks to draw tourists to Tanjung Setia Beach, which has a natural panoramic view and a spot for surfing. There is also Pahawang Island and Sari Ringgung beach, which is also a popular tourist destination in Lampung. 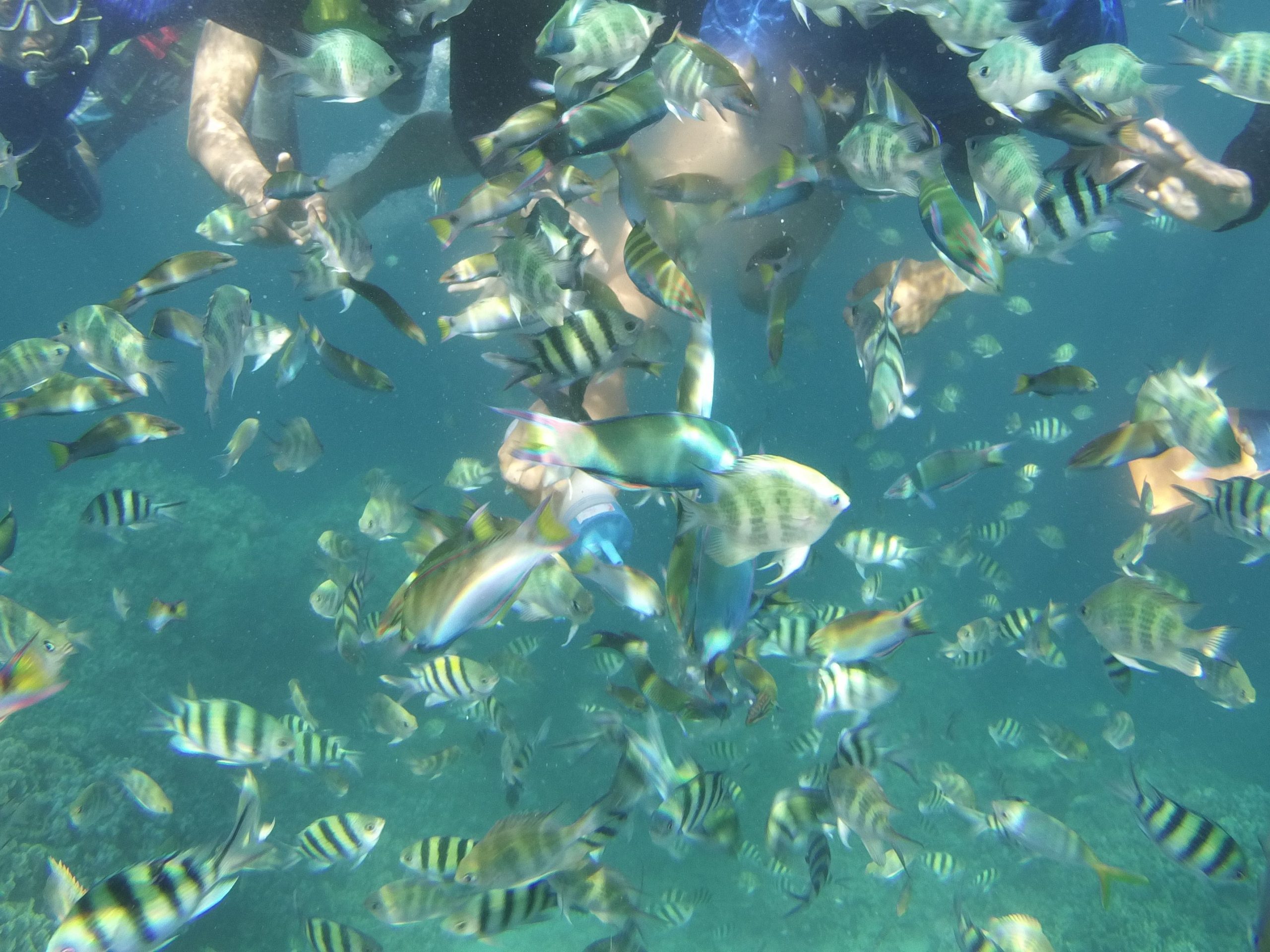 Way Kambas National Park is a national park and elephant sanctuary in the district of Labuhan Ratu, East Lampung. In addition to Way Kambas, another elephant school (Elephant Training Centre) can also be found in Minas, Riau. The number of Sumatran elephants (Elephas maximus sumatranus) living in the region has decreased. 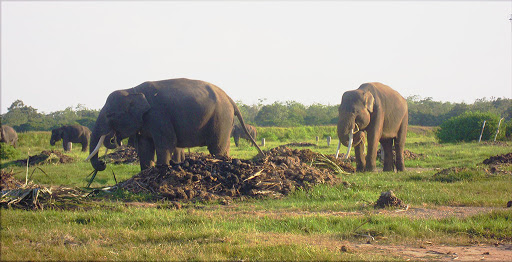 Way Kambas National Park was established in 1985 as the first elephant school in Indonesia and is expected to become a center for elephant conservation in taming, training, breeding and conservation. Until now, this PKG has trained about three hundred elephants that have been deployed to other parts of the country.

In recent years, the province has become largely popular for snorkeling and diving. Many domestic tourists, as well as international ones from various diving communities, visit the spots the province offers, such as: Pantai Ringgung, Pulau Tegal, Pulau Pahawang, Pulau Kelagian, Pulau Balak, Pulau Mahitam, and Tanjung Putus.

Lampung is indeed famous as a city that produces the most delicious typical foods. Therefore, if you visit Lampung, you should not miss tasting delicious dishes to typical Lampung cakes. 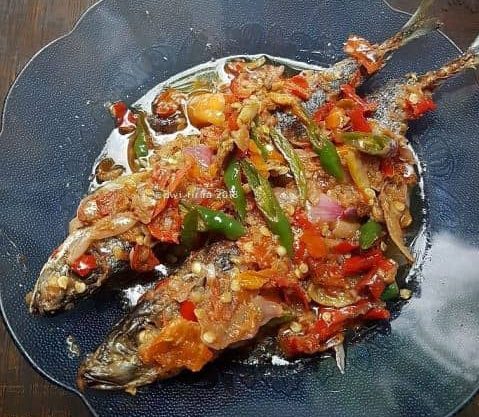 Seruit
Seruit is one of Lampung’s special foods that is often served at family events, weddings, traditional events and religious events. Meanwhile, this string is also often used as a staple food consumed daily by the people of Pepadun. Seruit is a food made from grilled fish mixed with various chili paste typical of the city of Bandar Lampung such as tempoyak or some add mango.

Basically, the fish used to make the harpoon are quite diverse, but the fish that are most often used are fish from rivers such as baung fish, balide fish, layis fish and others. When eating this string, usually fresh vegetables will be added to give it a more delicious and delicious taste. 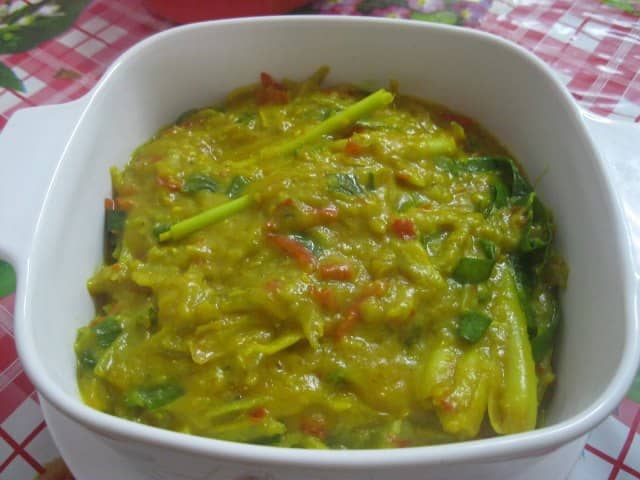 Tempoyak
Do you like processed foods from durian? If it is, then you should try this typical food of the city of Lampung. Tempoyak is a food that uses the basic ingredients of fermented durian fruit.

For the process of making tempoyak which is also fairly easy, namely by preparing durian meat which does not have a lot of water content. So, in order to make delicious tempoyak, you should look for durian with good quality and really ripe. After that you can separate the seeds from the durian flesh and then add a little salt.

Next you can add cayenne pepper to taste, if everything is done then you can store it in a closed place or you can also put it in the refrigerator. This is useful for accelerating the tempoyak fermentation process. If it has been fermented for 2 to 5 days then you can immediately process it with a mixture of fish. The fish that are usually used are quite diverse, such as tilapia fish, anchovies, goldfish and others. For those of you who want to make chili sauce, you have to mix shallots, garlic, chilies that have been mashed or cut into small pieces, then add a little sugar. Then you can fry it for up to 3 minutes, then the tempoyak can be directly served and eaten. 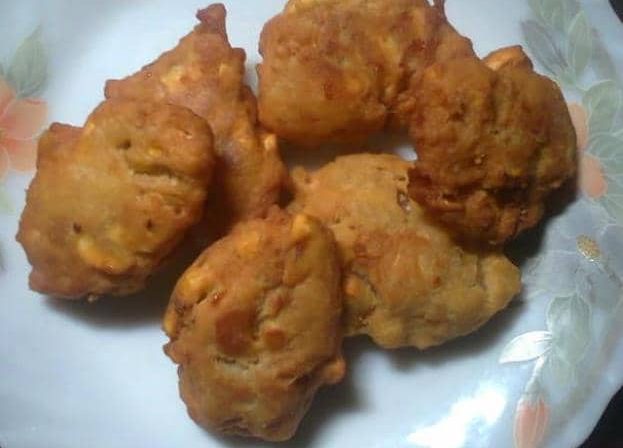 Gegaduh
For those of you who like food that has a sweet taste, then you must try this typical food of the city of Bandar Lampung. Gegaduh is one of the foods that are similar to cakes and made from mashed bananas. This gegaduh is usually served to guests and also to be enjoyed with the family during family events.

In the process of making gegaduh it takes some very easy ingredients for you to get such as mashed bananas, wheat flour, jam and milk. Next, the flour and banana are mixed and stirred until evenly distributed, at this stage you also have to add the milk and jam that have been provided.

After that you can immediately fry the geguduh until cooked. Basically, to make this noise, you often use kepok bananas, and if you want to add a delicious aroma, you can use pandan leaves or whiting water. 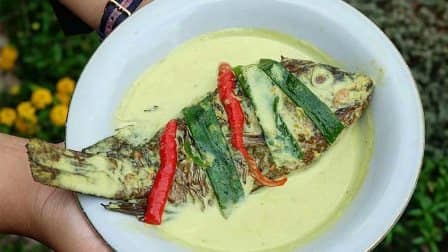 Gulai Taboh
Gulai Taboh, or Taboh curry is indeed known as a typical food from Lampung which has a very unique taste. This taboh curry is usually made from sweet potatoes and nuts. The process of making curry taboh is fairly easy, namely by mixing coconut milk with green beans or other nuts, and you can also mix bamboo shoots and potatoes into this dish.

If you want to make a different taste, you can add betel leaf or shrimp paste to it. The combination of sweet potato and shrimp paste can make the food taste more delicious on the tongue.

Umbu
Well, for those of you who love food that has a slightly bitter taste like bitter melon, then you should try this typical food from Lampung. Umbu is a food that uses the main ingredient of young rattan. In the process of making this rattan will be boiled until soft. This tuber is often used as a basic ingredient for vegetables such as stir fry or can also be served in the form of fresh vegetables.

This umbu not only uses rattan as the main ingredient, but you can also mix other ingredients according to your wishes. Basically the people in the city of Lampung have made this umbu made of rattan as food for daily consumption, but over time, making rattan is becoming increasingly rare. This is what makes people in Lampung only make umbu when there are traditional events or other important events. 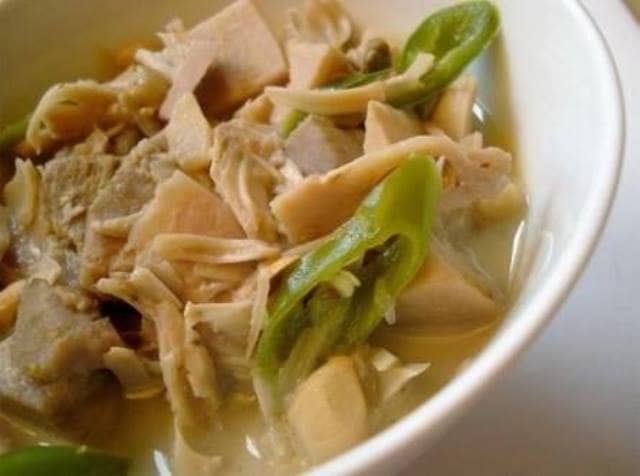 Gabing
Gabing is a food that uses the main ingredient of young coconut stems. When the process of making gabing is very simple, namely by slicing young coconut stalks until they look like small, elongated plates measuring 3 to 4 cm. Then you can boil the coconut sticks and add spices according to your taste.

Gabing itself is a soupy food, but there are also some people who make gabing that is not given strong. For those of you who want to make gabing taste more delicious and delicious, then you can also add mushrooms, fresh meat and various other types of ingredients that can enrich the taste of this typical Lampung food. 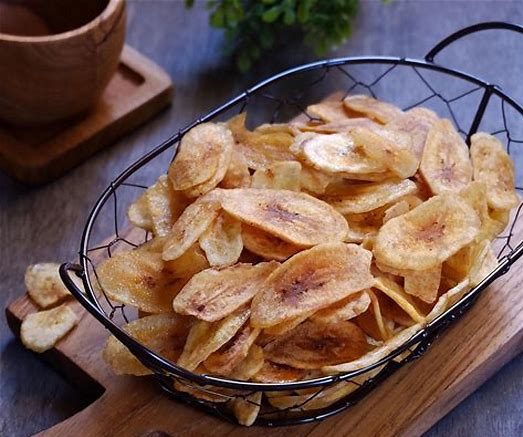 Keripik Pisang
Lampung typical banana chips are already very popular among the Indonesian people for their deliciousness. These chips are made from bananas which are usually combined with various flavors that you can choose according to taste such as cheese, chocolate, milk, strawberry, balado, roast beef, macca, melon and others. Many souvenir shops in Lampung sell banana chips for tourists to buy.

Sambal Asam Kembang
Sambal Asam Kembang is one of the typical food of Lampung which has a quite delicious and delicious taste. If you hear the name, you will think that this chili sauce is made from the main ingredient of acid. However, it should be noted that in the process of making this tamarind chili sauce, no acid is used at all, but it is made from shrimp paste mixed with kemang fruit such as young mangoes.

This Sambal Asam Kembang can also be eaten with typical food from other Lampung cities. In addition, you can also make this tamarind chili sauce as a souvenir from the city of Lampung. 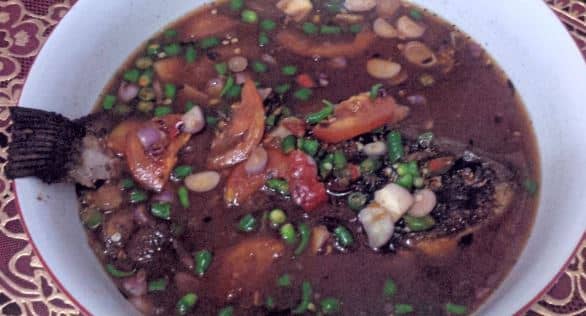 Pisro
Pisro is a type of food made from processed fish that is often served as a daily dinner for the people of Pepadun. In the process of making pisro using the main ingredients of betok fish and gunshots. The fish used for making this pisro is known to have a very savory taste, especially since this fish has thick meat and a dense texture.

Meanwhile, the vegetables used for making pisros have the same blend of taste, sweet, spicy and savory. The savory taste of this vegetable comes from the fish paste. In addition, there are other ingredients that can make a savory taste in pisro vegetables, namely grilled fish in a sauce that has been mixed with other thick spices. Meanwhile, the sweet taste in this pisro comes from palm sugar which has been ground together with spices such as jaggery and others.