Aceh (/ˈɑːtʃeɪ/) is the westernmost province of Indonesia. It is located on the northern end of Sumatra, with Banda Aceh being its capital and largest city. Granted a special autonomous status, Aceh is a religiously conservative territory and the only Indonesian province practicing Sharia law officially. There are ten indigenous ethnic groups in this region, the largest being the Acehnese people, accounting for approximately 80% to 90% of the region’s population.

Aceh is the place where the spread of Islam in Indonesia began, and was a key factor of the spread of Islam in Southeast Asia. Islam reached Aceh (Kingdoms of Fansur and Lamuri) around 1250 AD. In the early seventeenth century the Sultanate of Aceh was the most wealthy, powerful and cultivated state in the Malacca Straits region. Aceh has a history of political independence and resistance to control by outsiders, including the former Dutch colonists and later the Indonesian government.

Aceh has abundant natural resources, including oil and natural gas. Some analysts estimate Aceh’s natural gas reserves are the largest in the world. Aceh is also famous for its forests which are located along the Bukit Barisan range from Kutacane in Southeast Aceh to Ulu Masen in Aceh Jaya. A national park called Gunung Leuser National Park (TNGL) was established in Southeast Aceh. 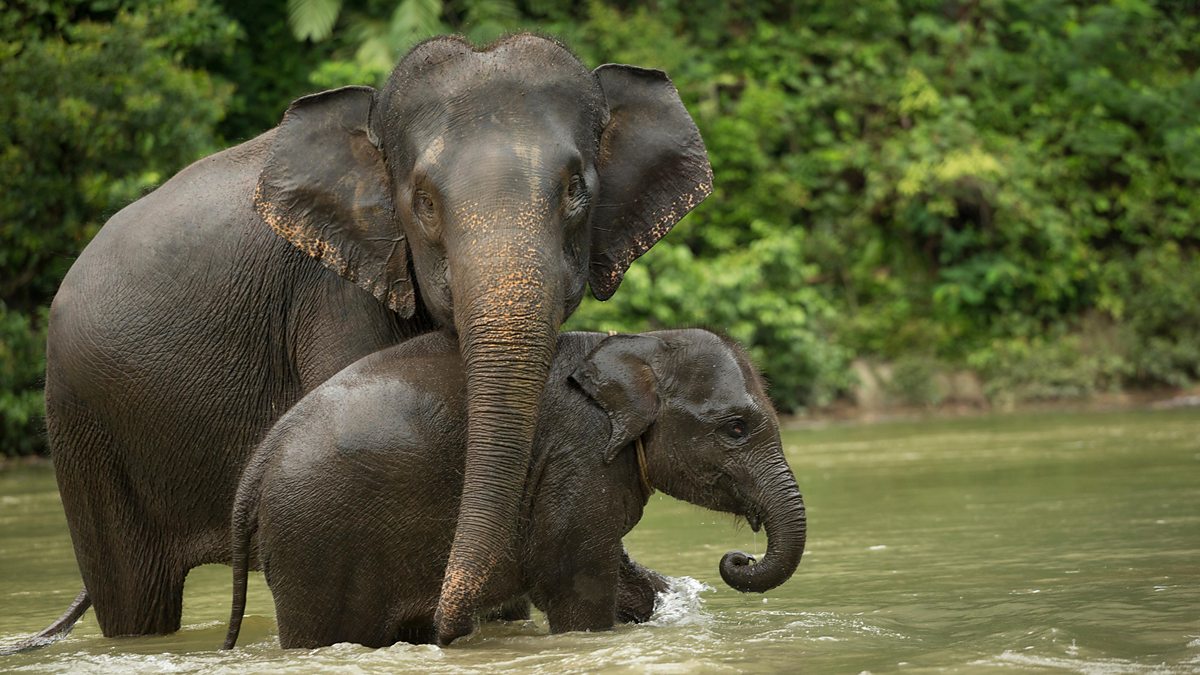 Aceh has the largest range of biodiversity in the Asian Pacific region. Among the rarer large mammals are the Sumatran rhinoceros, Sumatran tiger, Orangutan and Sumatran elephant. In 2014, there were 460 Sumatran elephants in Aceh including at least eight baby elephants. The area has been suffering from deforestation since the 1970s. The first wood pulp mill in Aceh was built in 1982. The government of Aceh intends a law by which 1.2 million hectares would be opened for commercial use.

In 2006, the economy of Aceh grew by 7.7% after having minimal growth since the devastating tsunami. This growth was primarily driven by the reconstruction effort with massive growth in the building/construction sector. 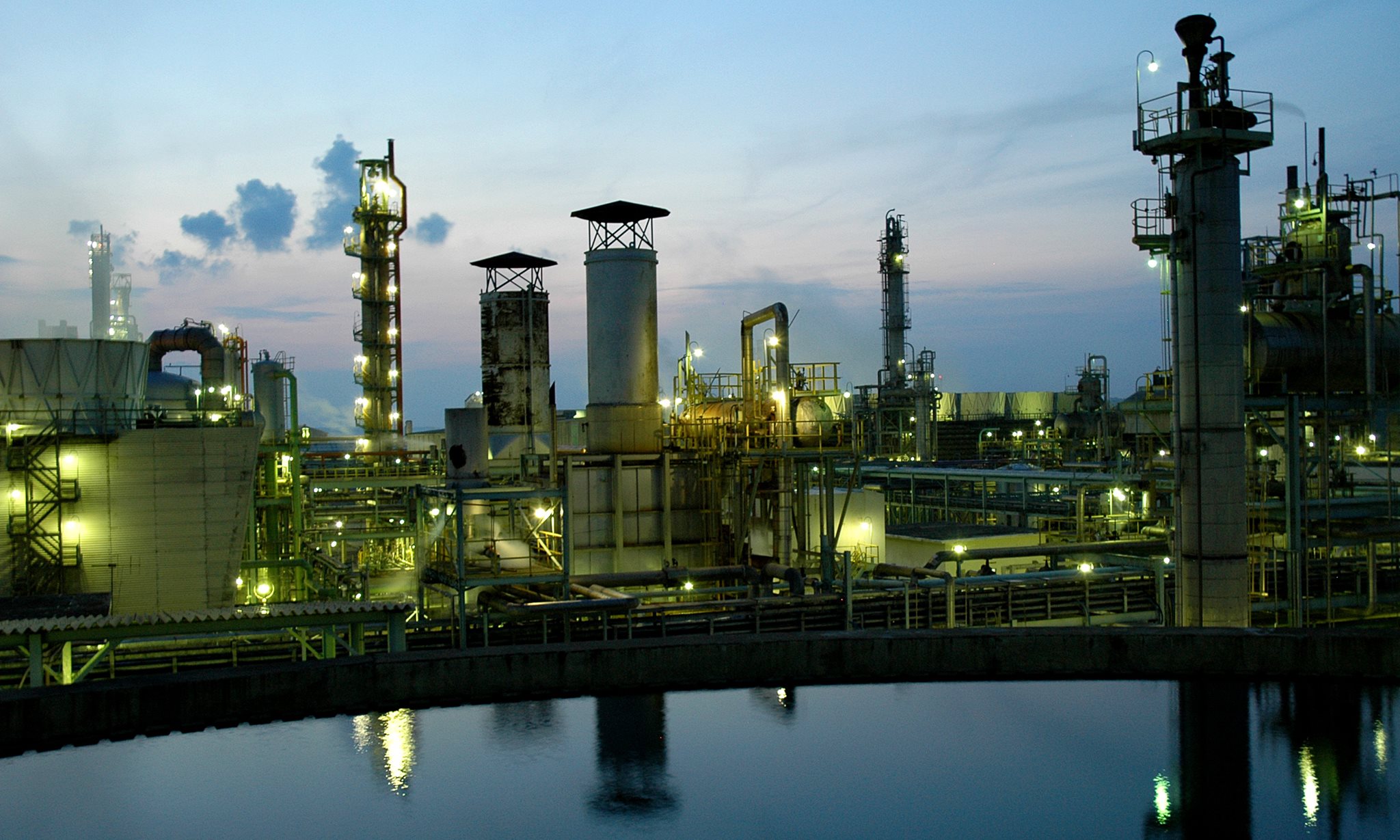 After peaking at around 40% in December 2005, largely as a result of the Dutch disease impact of sudden aid flows into the province, inflation declined steadily and was 8.5% in June 2007, close to the national level in Indonesia of 5.7%. Persistent inflation means that Aceh’s consumer price index (CPI) remains the highest in Indonesia. As a result, Aceh’s cost competitiveness has declined as reflected in both inflation and wage data. Although inflation has slowed down, CPI has registered steady increases since the tsunami.

There are 35 mountains, which are located in the province of Aceh. These mountains are closely related to society, especially associated with culture and beliefs. And what is important is that the existence of these active volcanoes has helped to fertilize agricultural land in Aceh. 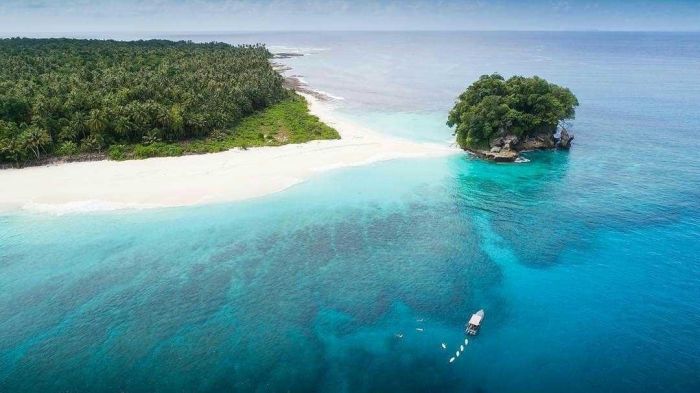 Aceh occupies the westernmost tip of the island of Sumatra and the State of Indonesia, where the outermost point of the Unitary State of the Republic of Indonesia is located on Rondo Island, while Indonesia’s Zero kilometer is on the island of Weh.

Aceh is geographically located between 2 ° – 6 ° north latitude and 95 ° – 98 ° south latitude with an average height of 125 meters above sea level. The boundaries of Aceh territory, to the north and east are bordered by the Strait of Malacca, the south is the only land border with North Sumatra and the west with the Indian Ocean.

There are 73 main rivers known in the Province of Aceh. The river flows from the upstream of the river, from its water source, which is located in the highlands. It flows down to the lower region, while carrying and sharing the fertility of the surrounding soil.

As a region not far from the equator, the climate in Aceh is almost entirely tropical. In the coastal area the average temperature is 26.9 ° C, the maximum temperature reaches 32.5 ° C and the minimum temperature is 22.9 ° C. Relative humidity of this area ranges between 70 and 80 percent.

Between March and August Aceh experiences a dry season phase, this condition is influenced by the air masses of the Australian continent. While the rainy season lasts from September to February resulting from the air masses of mainland Asia and the Pacific Ocean. Aceh has varying rainfall, ranging from 1,500-2,500 mm per year. 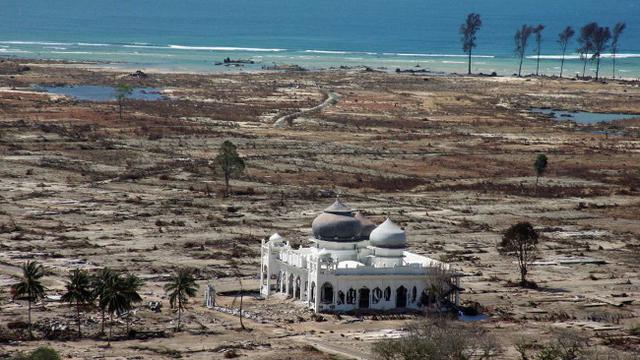 The population of Aceh was not adequately documented during the Indonesia 2000 census because the insurgency complicated the process of collecting accurate information. An estimated 170,000 people died in Aceh in the 2004 tsunami which further complicates the task of careful demographic analysis. According to the most recent censuses, the total population of Aceh in 2010 was 4,486,570 and in 2015 was 4,993,385; the latest official estimate (as at 1 July 2019) was 5,316,320.

Aceh is a diverse region occupied by several ethnic and language groups. The major ethnic groups are the Acehnese (who are distributed throughout Aceh), Gayo (in central and eastern part), Alas (in Southeast Aceh Regency), Tamiang-Malays (in Aceh Tamiang Regency), Aneuk Jamee (descendant from Minangkabau, concentrated in southern and southwestern), Kluet (in South Aceh Regency), and Simeulue (on Simeulue Island). 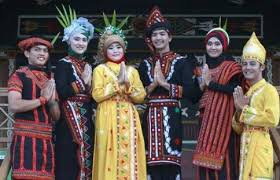 There is also a significant population of Chinese, Among the present day Acehnese can be found some individuals of Arab, Turkish, and Indian descent.

Acehnese also has many words borrowed from Malay and Arabic and traditionally was written using Arabic script. Acehnese is also used as local language in Langkat and Asahan (North Sumatra), and Kedah (Malaysia), and once dominated Penang.

Alas and Kluet are closely related languages within the Batak group. The Jamee language originated from Minangkabau language in West Sumatra, with just a few variations and differences. 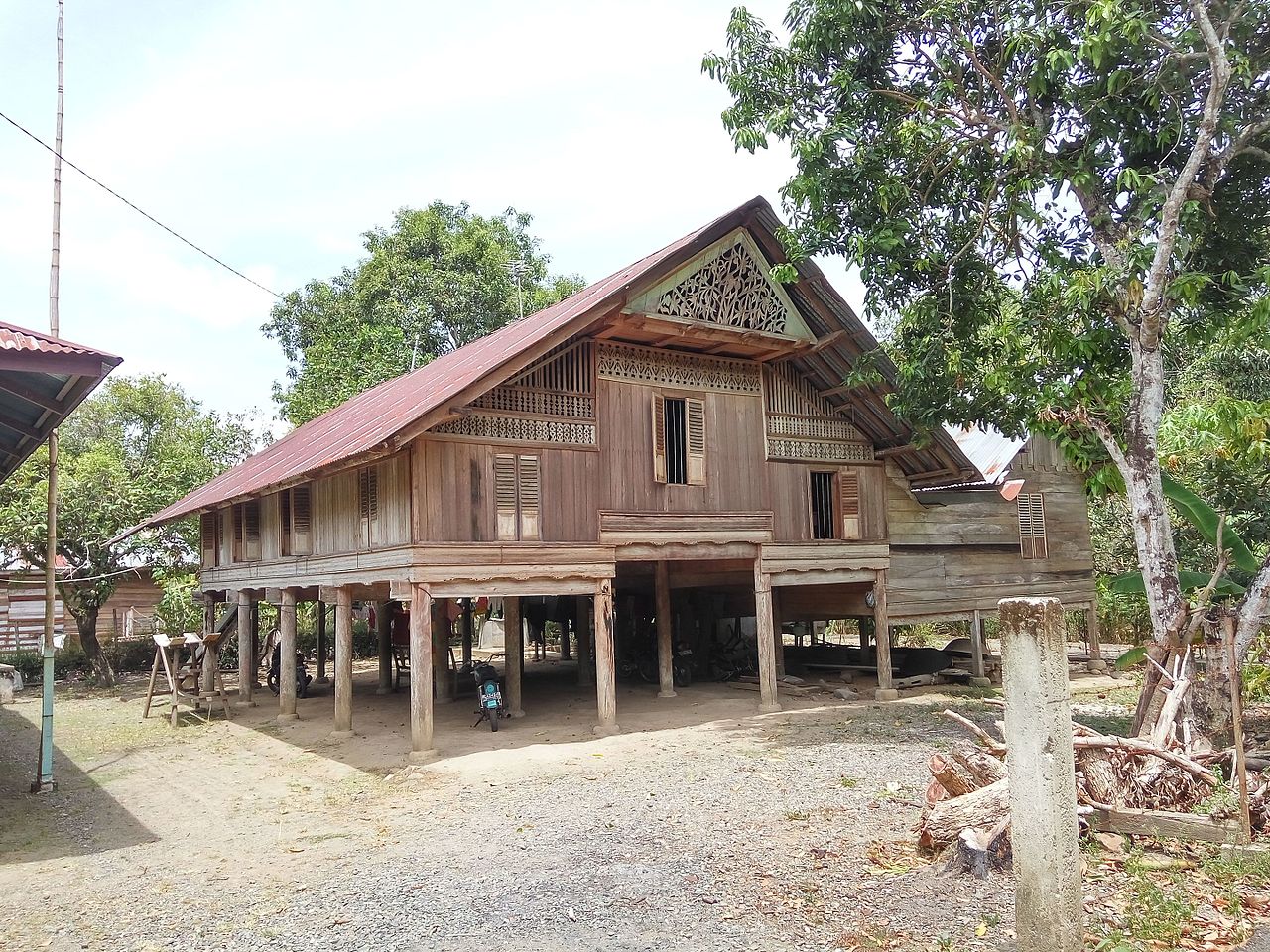 Aceh has a variety of distinctive arts and culture. 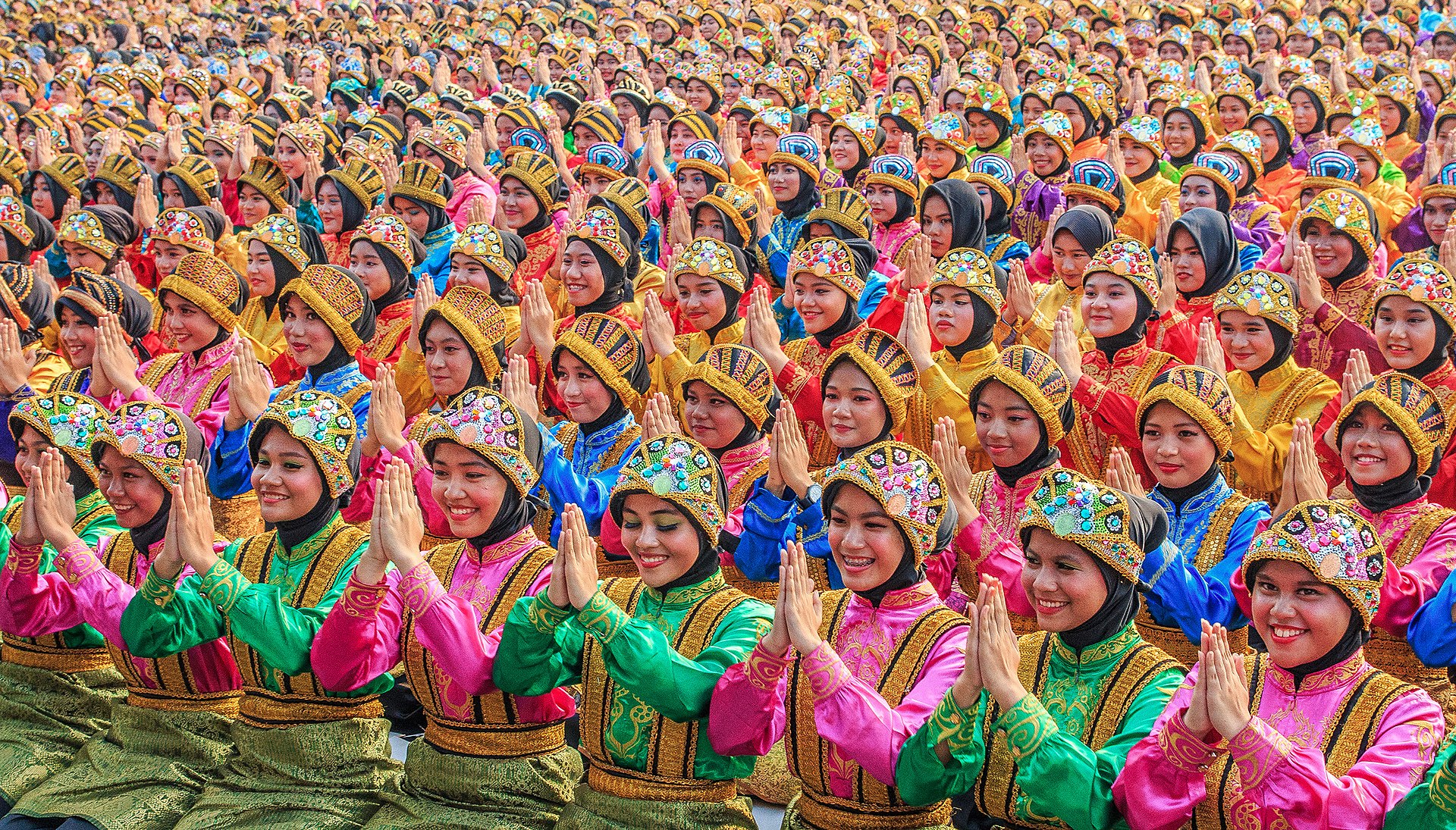 Dance. Traditional Acehnese dances illustrate traditional heritage, religion, and local folklore. Acehnese dances are generally performed in groups, in which a group of dancers are of the same sex, and there are standing or sitting positions. When viewed from the accompanying music, the dances can be grouped into two types; namely accompanied by the vocal and percussion of the dancer’s own body, and accompanied by an ensemble of musical instruments.

There are about 12 traditional dances originating from Aceh Province. Traditional dance that expresses feelings, behavior and enthusiasm, which was created by the ancestors. 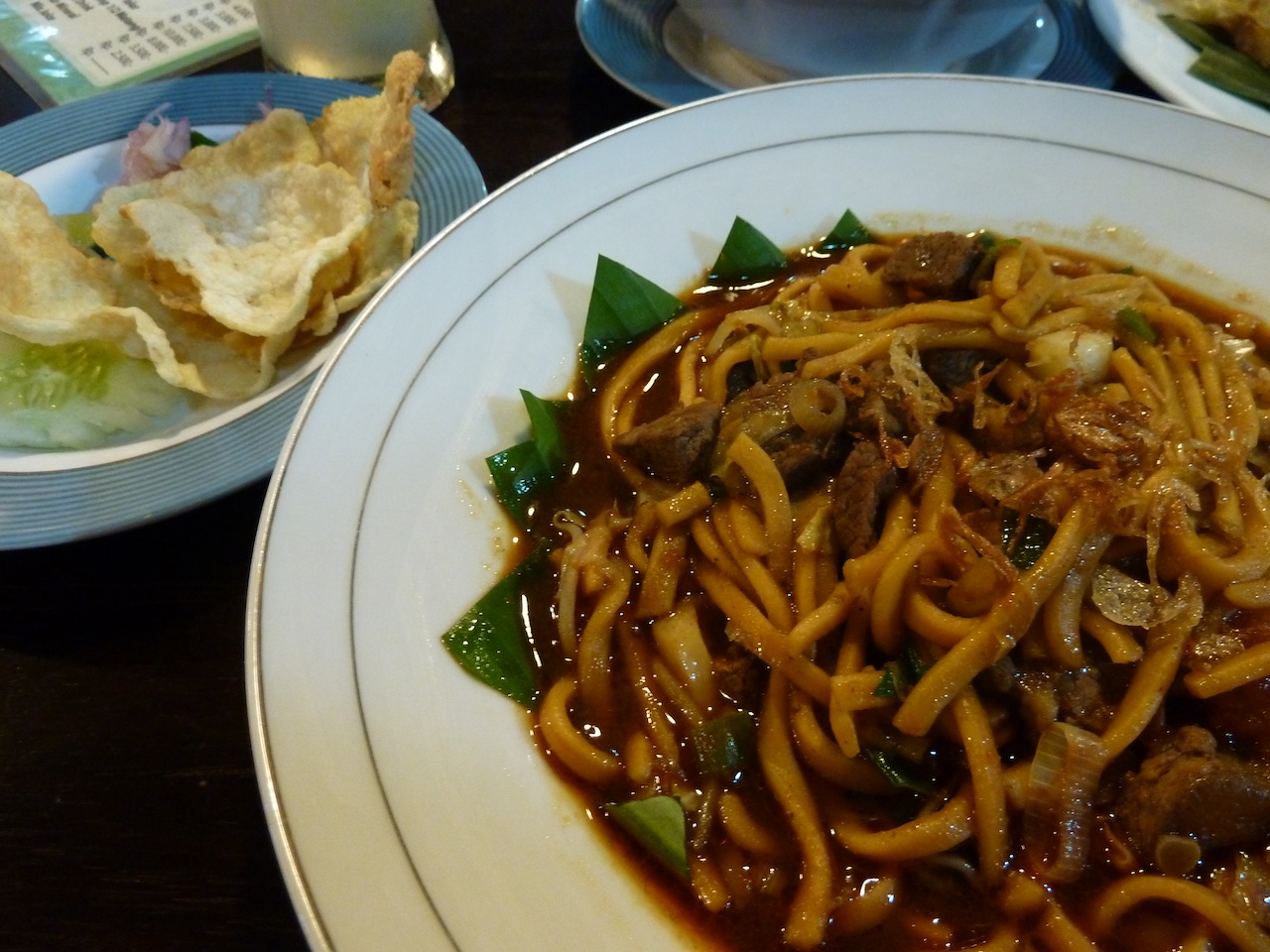 Some dances that are famous at the national and even world level are dances originating from Aceh, such as the Rateb Meuseukat Dance and the Saman dance.

Food. Acehnese cuisine uses combinations of spices found in Indian and Arabic cuisine, include ginger, pepper, coriander, cumin, cloves, cinnamon, cardamom, and fennel. A variety of Acehnese foods are cooked with curry or curry spices and coconut milk, which are generally combined with meat, such as buffalo meat, beef, lamb, fish and chicken.

Certain recipes have traditionally used cannabis as a seasoning; which is also found in some other Southeast Asian dishes such as in Laos, but now the material is no longer used. Dishes native to Aceh include Nasi gurih, Mie Aceh, Mi caluk and Timphan.

Literature. The oldest Acehnese manuscripts that can be found are from 1069 H (1658/1659 AD), namely Hikayat Seuma’un. Before the Dutch colonialism (1873–1942), almost all Acehnese literature was in the form of poetry known as Hikayat. Very little is in the form of prose and one of them is the Book of Bakeu Meunan which is a translation of the book Qawaa’id al-Islaam.

There are various shapes and types, as well as tastes and aromas, from dozens of traditional foods, snacks, and drinks, from various regions in Aceh. All of them represent habits, tastes, as well as a wealth of local ingredients to make them. There may be several similar foods found in other areas, but usually there are certain characteristics that are definitely different.