The beauty of the temple located under the hill

Abang Temple is located not far from Banyunibo Temple and Barong Temple, which is in “Dusun” Candiabang, Jogotirto Village, Berbah District, Sleman, Yogyakarta. The place of this temple is also close to Adisucipto Airport. This temple was built around the 9th and 10th centuries during the ancient Mataram Kingdom. However, this temple is thought to have a younger age than other Hindu temples.

This pyramid-shaped temple is called Abang Temple because it is made of red brick (Abang in Javanese). The shape of this temple is in the form of a rectangle with a size of 36 m x 34 meters, now a lot of grass is overgrown so that from a distance it looks like a mound or small hill. When it was first discovered, in this temple there is a statue and a yoni base symbol of Lord Shiva in the shape of a segment (not rectangular, as usual) with a side measuring 15 cm. 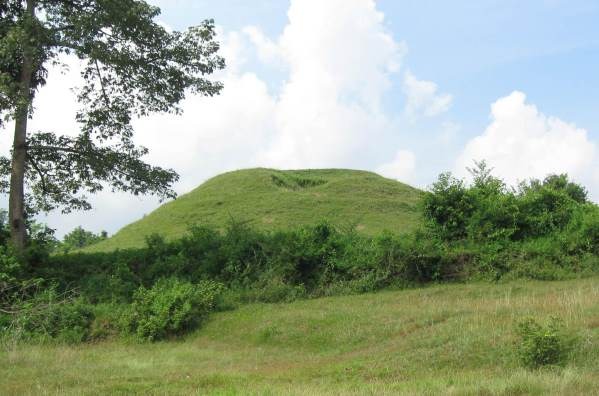 The Abang temple which is located in Jogoroto Village, Kec. Berbah, Kab. Sleman, Yogyakarta is arguably one of the most unique temples among other temples in Jogja. Most temples in Jogja are built with andesite material, but the Abang Temple is built with red bricks like temples that you can find in Mojokerto – East Java. This makes it different from the temple which is invisible and buried in the hills.

The base size of the Abang Temple is 36 x 34 meters, and its height cannot be estimated. This temple was built around the 9th and 10th centuries during the Ancient Mataram Kingdom regime. The pyramid-shaped temple is called Candi Abang because it is made of red brick (brother in Javanese) and there is a well in the middle. In this temple, as you enter, there are stairs and it is made of white stone, aka gamping. In addition, there are some andesite stones whose function are unknown. 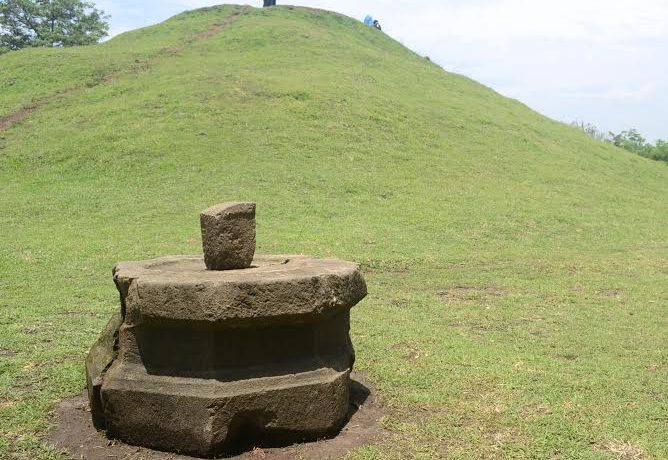 This temple is a relic of Hindu religion when seen from the discovery of Yoni which is a specific symbol in Hindu religion. Uniquely this temple is one of the temples located in the hills, although the hill is not as high as Ratu Boko especially the Ijo Temple. However, according to Hindu religious beliefs, a high place is a sacred place or the dwelling of the gods that exist. Therefore, Abang Temple is built on a hill. Judging from the name that is “Abang” (brother) which if interpreted into Javanese means “red” so you would assume that the Abang Temple is red. 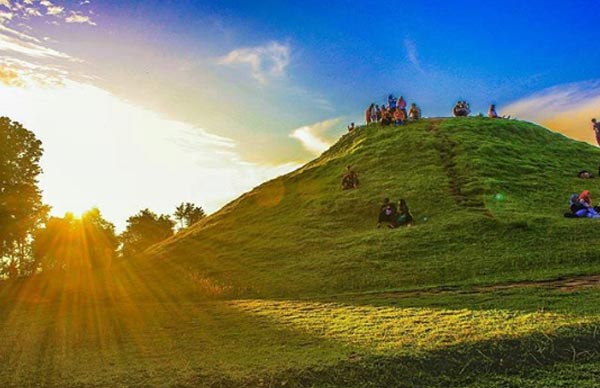 Abang Temple is now in the form of ruins that cannot be restored like other temples, so the ruins of this temple form a mound of the remnants of the existing material. The mound is quite high and forms like a unique small hill and is covered in green grass when the rainy season comes or is called the teletubbies hill. So this is the mound that attracts tourists to visit Abang Temple. Tourists can climb the mound to the top and see the surrounding scenery which is still dominated by rice fields and if you are lucky you will see the dashing Mount Merapi from the Abang Temple mound.

There is a myth that the existence of Kyai Jagal is said to have a large and well-built body and has long hair around the temple. That said, the kyai gained the trust to guard the temple because a temple of gold shaped like a buffalo child was kept inside the temple. Indonesia is rich in its cultural diversity, it would be an added bonus for us to explore historical tourism and ancient sites.