Way Kambas National Park was established in 1985 and is the first elephant school in Indonesia. With the initial name Elephant Training Center (PLG) but in recent years its name has changed to the Elephant Conservation Center (PKG) which is expected to be a center for elephant conservation in taming, training, breeding and conservation. In Way Kambas there is also the International Rhino Foundation which is tasked with protecting the rhino species from being endangered.

History and Status of Area

Way Kambas National Park is one of two conservation areas in the form of a national park in Lampung Province in addition to the South Bukit Barisan National Park (Taman Nasional bukit Barisan Selatan – TNBBS). As stipulated by the Decree of the Minister of Forestry Number 670/Kpts-II/1999 dated August 26, 1999, the Taman Nasional Way Kambas – TNWK area has an area of ​​approximately 125,631.31 ha.

Gaeographically, Way Kambas National Park is located between 40°37′ – 50°16′ South Latitude and between 105°33′ – 105°54′ East Longitude. Located in the southeastern part of the island of Sumatra in the province of Lampung. In 1924 the Way Kambas and Branch forest areas were set aside as protected forest areas, together with several forest areas incorporated in them.

Based on history The establishment of the Way Kambas nature conservation area was started in 1936 by Resident Lampung, Mr. Rookmaker, and followed by the Decree of the Governor of the Netherlands dated January 26, 1937 Stbl 1937 Number 38.

In 1978 the Way Kambas Wildlife Sanctuary was converted into a Nature Conservation Area (Kawasan Pelestarian Alam – KPA) by the Minister of Agriculture with a Decree of the Minister of Agriculture Number 429/Kpts-7/1978 dated 10 July 1978 and managed by the Nature Conservation Area Sub-Balai (Sub Balai Kawasan Pelestarian Alam – SBKPA).

History The reason for the designation of the area as a nature conservation area, is to protect the area which is rich in various wildlife, including the tapir (Tapirus indicus), Sumatran elephant (Elephas maximus sumatranus), six species of primates, sambar deer (Cervus unicolor), kijang (Muntiacus muntjak), Sumatran tiger (Panthera tigris), and sun bear. 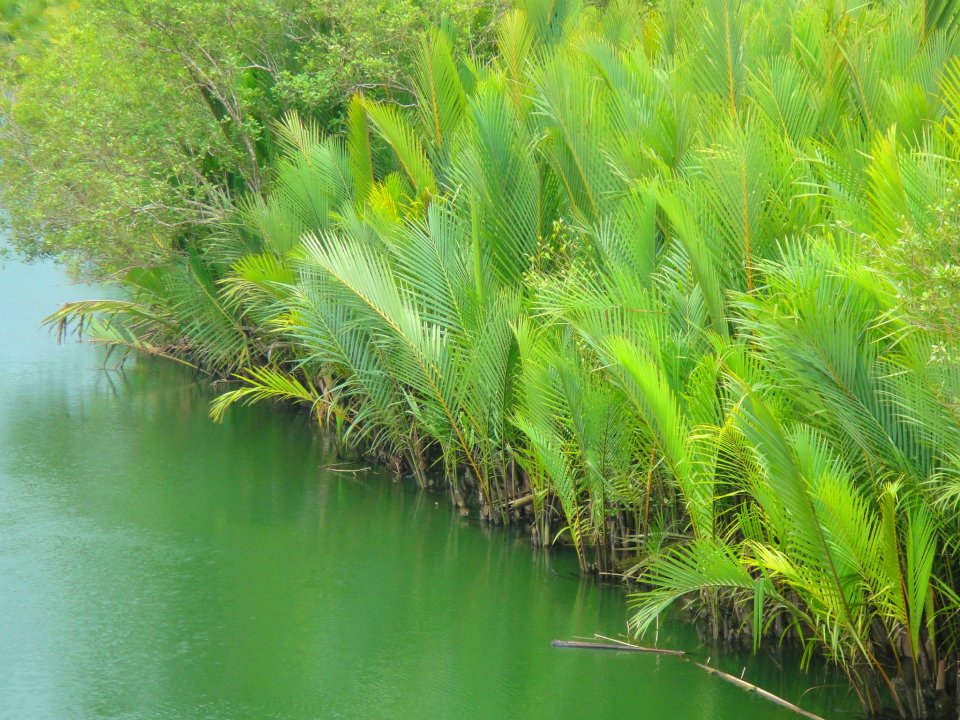 The park has 50 species of mammal, many of them critically endangered. There are about 20 Sumatran rhinoceros in the area, down from around 40 in the 1990s. The number of Sumatran elephants in the park was estimated to be 180 in 2005. 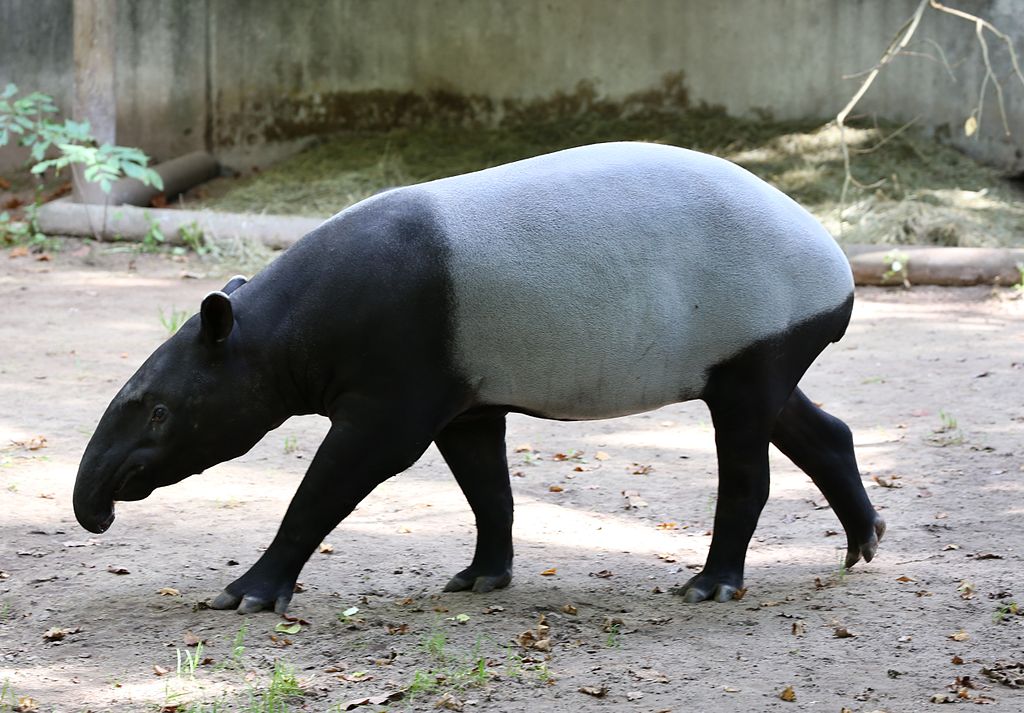 About half of the bird species inhabit the coastal swamps, including mangroves, riverine forest, freshwater and peat swamp forest, and the marshes of the area.

The park is one of the last strongholds of the white-winged wood duck, with a population between 24-38 birds left, the largest in Sumatra. Among the other 405 species of bird recorded in the park, are the Storm’s stork, woolly-necked stork, lesser adjutant, crested fireback, great argus and Oriental darter.

Among reptiles, the endangered false gharial crocodile is found in the coastal swamps. 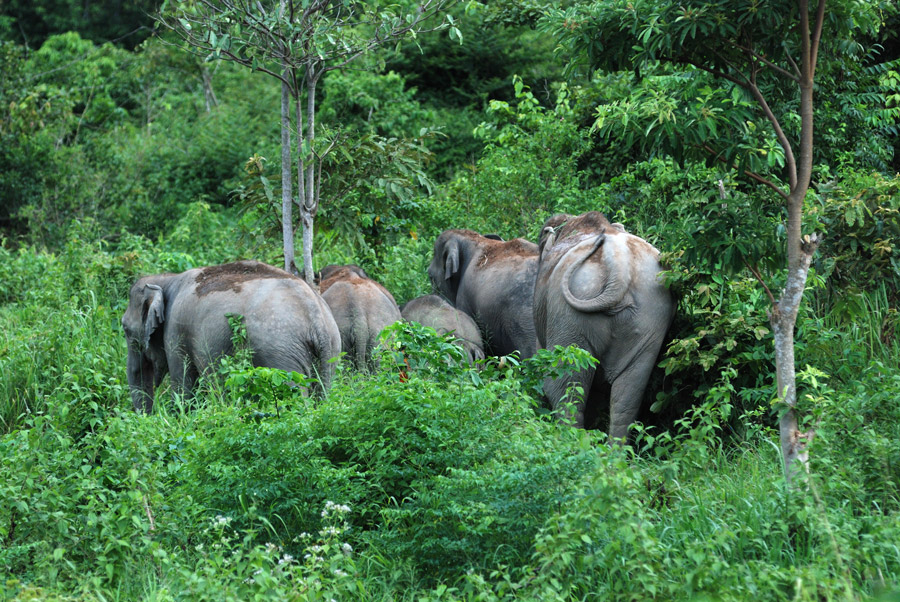 Way Kambas National Park Located at an altitude between 0-50 meters above sea level with a flat to sloping topography, this area has 4 (four) main types of ecosystems, namely:

The lowland rainforest ecosystem dominates in the western area of ​​the region. This area is located in the highest area compared to others. The dominant species are meranti (Shorea sp), rengas (Gluta renghas), keruing (Dipterocarpus sp), puspa (Schima walichii).

The riparian ecosystem in Way Kambas is not a common ecosystem that has been known so far. This ecosystem is in the transition zone between water and land, so it has not been categorized into the existing ecosystem. 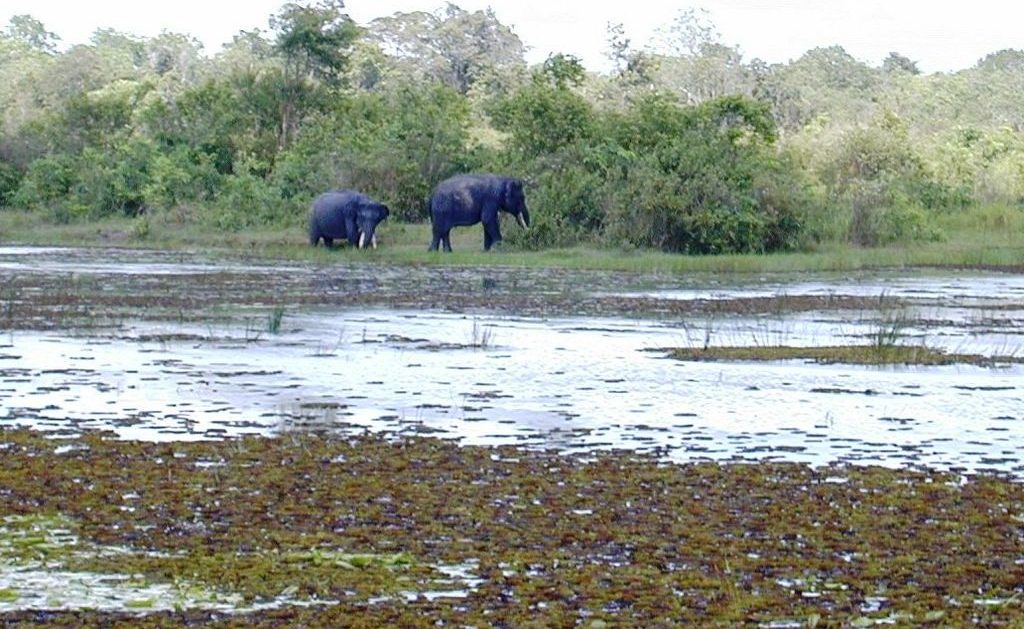 The coastal forest ecosystem in Way Kambas or better known as the beach, is characterized by environmental conditions that are located near the sea but do not get puddles of both sea and fresh water. The type of soil is usually dominated by sand.

This coastal forest ecosystem is especially located along the east coast of Way Kambas National Park. One of the characteristics of coastal forests include ketapang (Terminalia cattapa), sea pine (Casuarina equisetifolia).

The mangrove/brackish forest ecosystem in Way Kambas is located around the coast where there is regular alternation/salination between salt and fresh water. Generally located along the east coast of the Way Kambas National Park. This ecosystem has a real role or benefit in supporting the sources of human life. As a place to live and breed for types of fish and sea shrimp. 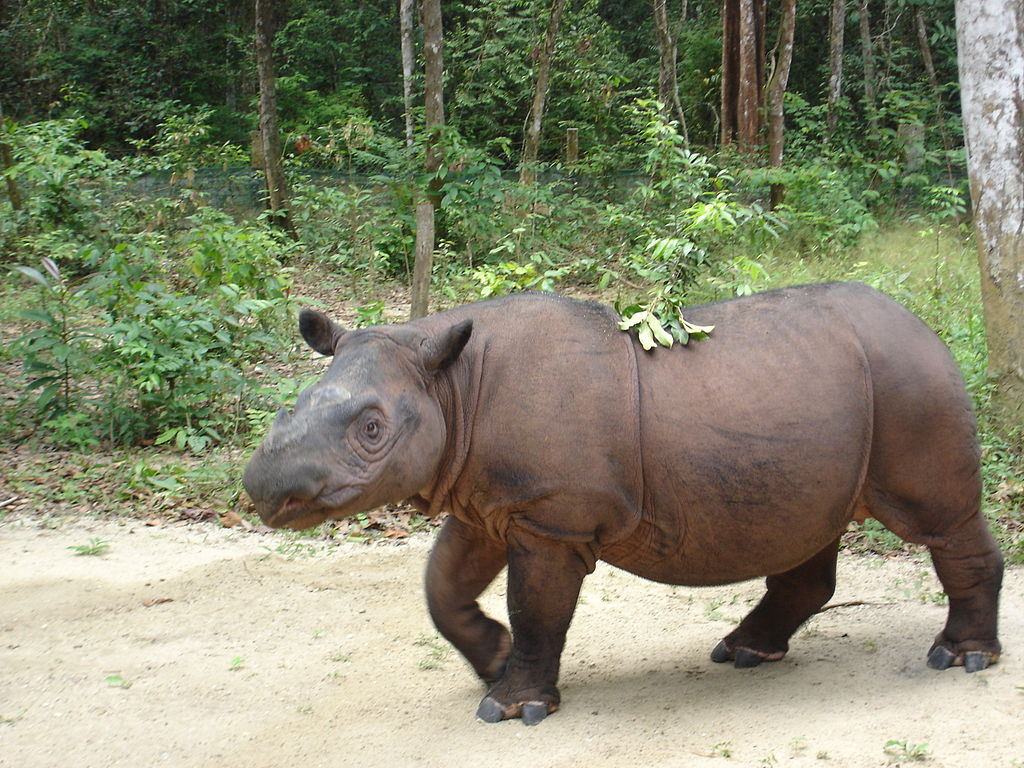 A managed breeding centre named Sumatran Rhino Sanctuary (SRS) of 250 acres (100 ha) was built up in 1995. The goal of the sanctuary is to maintain a small number of rhinos for research, “insurance”, awareness-building, and the long-term goal of developing a breeding program, to help ensure the survival of the species in the wild.

Currently five Sumatran rhinos live at the Sanctuary, most have been moved from zoos to the large enclosures with natural habitat at the SRS. Since 1997, Rhino Protection Units have been established. These are trained anti-poaching teams of 4-6 people that patrol a minimum of 15 days per month the key areas of the park to deactivate traps and identify illegal intruders.

Andatu, a calf who born on June 23, 2013 is the fourth calf live in the zoo all over the world or semi-in-situ captive breeding likes in Way Kambas Sumatran Rhino Sanctuary. The mother is Ratu and the father is Andalas who came from Cincinnati, USA in 2007. In earlier October 2003, Andatu height is almost the same of the mother height. The Sanctuary is not open to public. 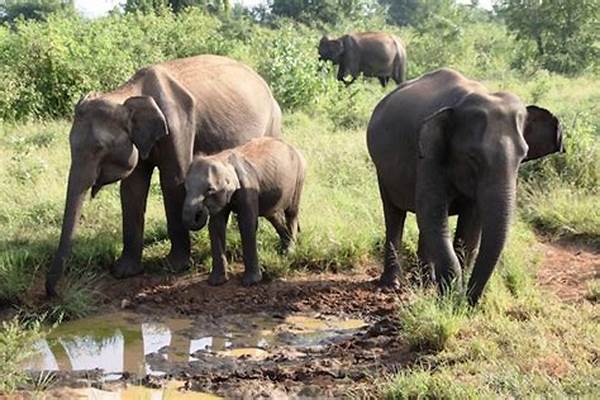 The Elephant Conservation Centre (ECC) was established in the 1980s. The elephants in the centre have been domesticated and are used for heavy work, ecotourism, patrol and breeding. Paintings created by elephants at the centre are sold by Novica, a commercial online arts agent associated with the National Geographic Society, with about half of the proceeds assisting endangered elephants throughout Asia.

The ECC will be provided with an elephant hospital which will become the first of its kind in Indonesia and the largest in Asia. The elephant hospital will be built on a 5-hectare area with a Rp10 billion ($1.11 million) investment and expected to start operations in 2014.

During 2016 and 2017, the Centre saw six new calves born. Chusnunia Chalim, regent of East Lampung, has hoped to promote awareness of the whole park through the Centre.