The park is famous for its orangutan conservation

Geographically, this national park is located between 2 ° 35′-3 ° 20 ‘South Latitude and 111 ° 50′-112 ° 15’ East Longitude covering the area of Kumai District in West Kotawaringin and the sub-districts of Hanau and Seruyan Hilir in Seruyan Regency. Tanjung Puting National Park is managed by the Tanjung Puting National Park Office, one of the Technical Implementation Units (UPT) of the Directorate General of Forest Protection and Nature Conservation (PHKA) of the Ministry of Forestry. 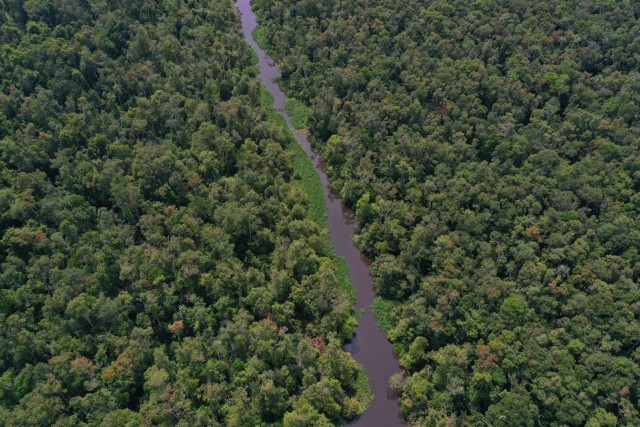 The park is composed of 416,040 hectares of dryland dipterocarp forest, peat swampforest, heath forest, mangrove and coastal beach forest, and secondary forest. The park may be accessed from Kumai by speedboat along the Kumai River and then the Sekonyer River to Camp Leakey, a journey that takes about 1 hour and 30 minutes at best. The Kumai River forms the northern border of the park. Beyond that the peat forest has been removed to make way for oil palm plantations.

Despite being a protected national park, approximately 65% of the park’s primary forest is degraded. It is the loss of natural habitat that is the greatest threat to the wildlife. Friends of National Parks Foundation is an Indonesian NGO that has been working to restore the habitat in the Pasalat and Beguruh regions of the park since 1997. It also operates a conservation education centre in Pasalat. 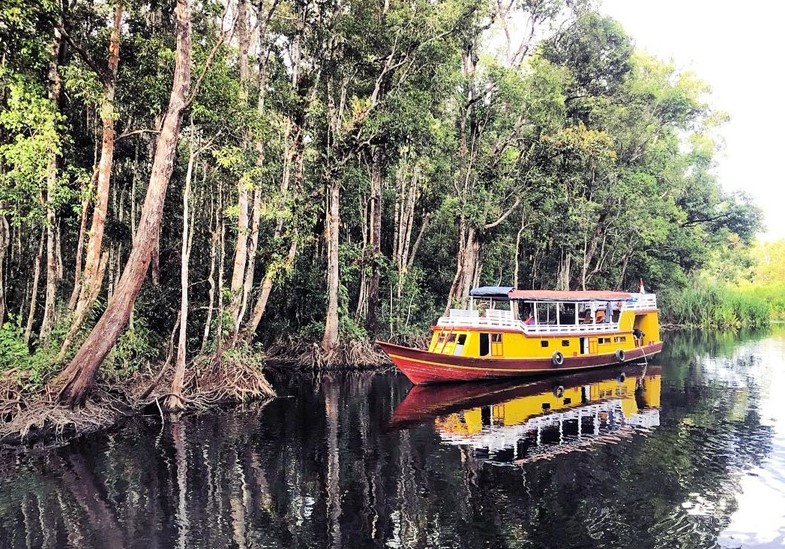 Four research centers have been established within the park for the study and rehabilitation of orangutans and other primates. Camp Leakey, founded in 1971 with assistance from the Leakey Foundation, was the first of these centers. It was here where Dr. Birute Galdikas began her career studying the behavior of rescued and orphaned orangutans that were reintroduced into the wild. 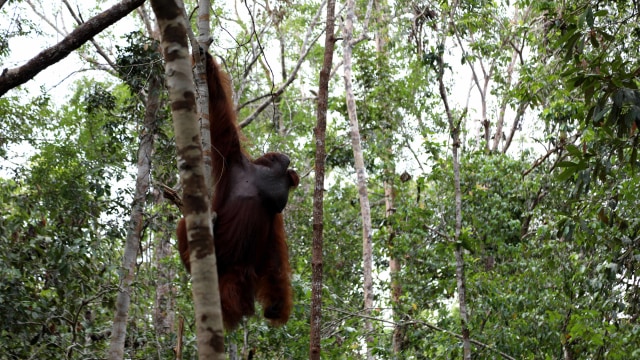 Her research was highlighted as the cover article of National Geographic in October 1975. Dr. Galdikas is now considered one of the world’s leading experts on orangutan behaviour and is the founder and president of the Orangutan Foundation International. 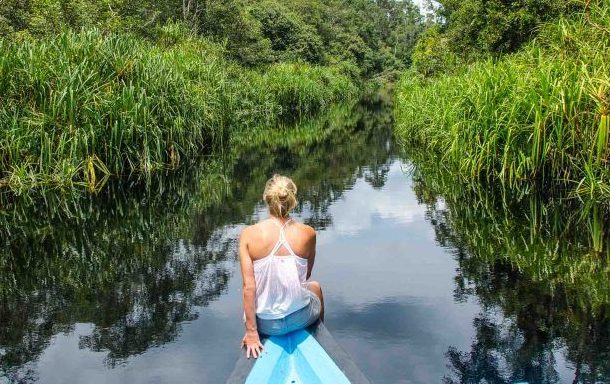 The park was set aside in the 1930s by the Dutch colonial government for the protection of the orangutans and proboscis monkey, and was designated as a UNESCO Biosphere Reserve in 1977 and a national park in 1982.

In addition to orangutans and proboscis monkeys, the park is also home to gibbons, macaques, clouded leopards, sun bears, wild boars, porcupines, and sambar deer. The park also features many reptiles, including crocodiles, monitor lizards, and pythons, birds, including hornbills and kingfishers, and insects, such as the giant Bornean butterfly. 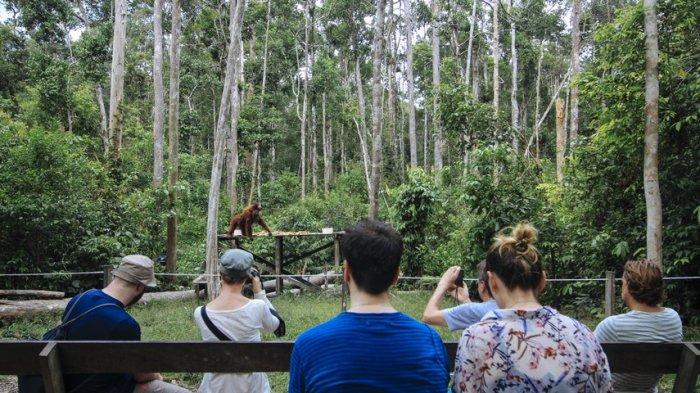 The Pondok Ambung Tropical Forest Research Station was established in 2005 for the study of all wild species found in the park.

Today Tanjung Puting National Park is a popular ecotourism destination, with many local tour companies offering multi-day boat tours to view wildlife and visit the research centers. The park was home to 105,000 people as of 1997. The park was heavily damaged by fires in 1997 and 1998, and today remains threatened by illegal logging, illegal mining, and forest clearing for agricultural uses.

Conservation efforts by Indonesian NGO Friends of the National Parks Foundation is leading towards a slow but progressive reforestation of damaged areas. Their reforestation work has seen the planting of thousands of saplings in the area to recreate habitat for the endemic wildlife in the area. 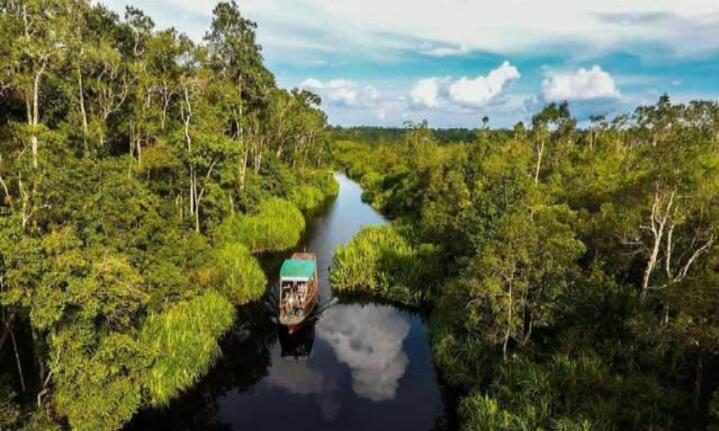 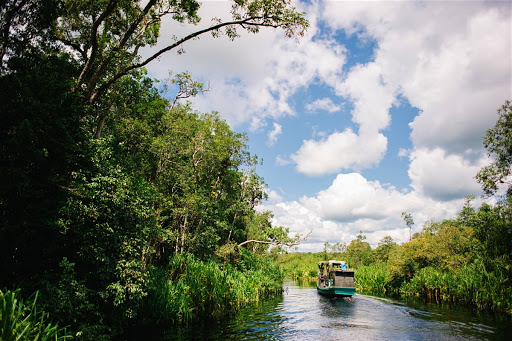 The main vegetation cover in the northern area of ​​the area is the shell forest which is inhabited by insectivorous flora such as pouch semar (Nepenthes sp). True peat swamp forest is found in the central part of the area and on the banks of several rivers, and there are vegetation with knee and aerial roots. Along the banks of all the rivers in the region are true alluvial swamp forest, containing a complex species of vegetation and large and small woody vines, epiphytes and creeping ferns in large numbers. 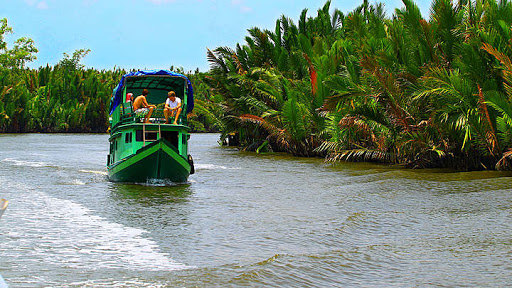 In the north to the south there are fields with extensive thicket species, the result of the destruction of the shell forest due to logging and burning. Generally found in pockets along the Sekonyer River and its tributaries. The vegetation in the upstream area of ​​the main river consists of grass swamps which are dominated by Pandanus sp. and expanses of floating macrophites (daffodils) such as Crinum sp.

In coastal areas there is mangrove forest cover (mangroves) and further inland, namely in brackish areas at estuaries along the main river, there are native nipah plants (Nypa fruticans) that grow extending inland as far as rivers, and indicate levels of brackish water intrusion into land. For coastal areas on sandy beaches there are many plants of the genera Casuarina, Pandanus, Podocarpus, Scaevola, and Barringtonia. 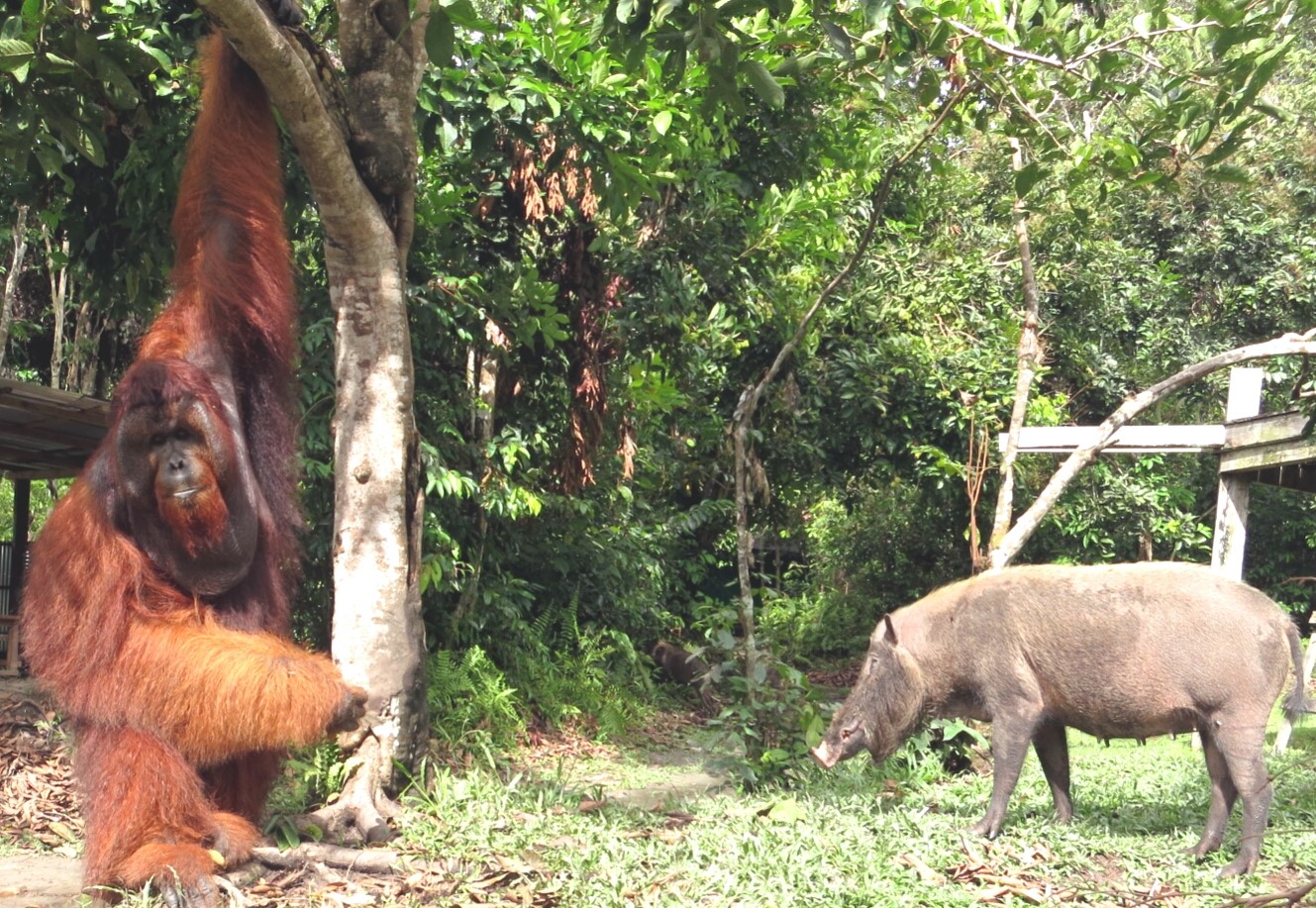 The TNTP area is inhabited by around 38 species of mammals. Seven of them are well-known and protected primates such as the Bornean orangutan (Pongo pygmaeus), proboscis monkey (Nasalis larvatus), Kalimantan gibbon (Hylobates agilis), and sun bear (Helarctos malayanus). 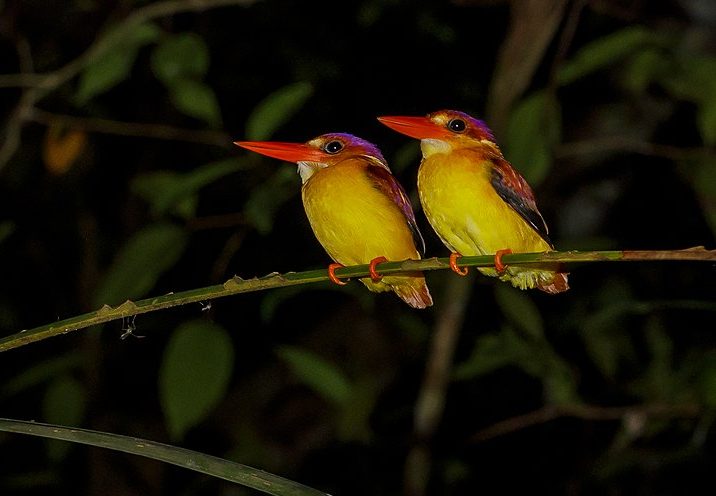 Large mammals such as sambar deer, m peaked deer (Muntiacus muntjak), pelanduk kancil (Tragulus javanicus), and beard pig (Sus barbatus) can be found in this area. In fact, several types of aquatic mammals such as dugong (Dugong dugong) and dolphins have reportedly been seen in the waters around the TNTP area.

Several types of reptiles can be found in the TNTP area, including the sinyulong crocodile (Tomistoma schlegeli), estuarine crocodile (Crocodilus porosus), and the soft-shelled turtle (Trionyx cartilagineus).

Recorded more than 200 species of birds that live in the TNTP area. One of the bird species in this area, namely clothing lawe (Ciconia stormi), is one of the 20 rarest bird species in the world. Tanjung Puting is also a place for all kinds of great alba bird colonies such as Egretta alba, Anhinga melanogaster, and Ardea purpurea.