Mount Sadahurip has a shape not a cone or strato, maar, or a shield like other common mountain shapes. However, the mountain is in the form of a pyramid, so that the local residents also call it a pyramid mountain, in accordance with the shape of its natural appearance which has four sides and quite sharp angles, although not too clear.

Not only that, Mount Sadahurip, which is rare in shape, also has an unusual folklore. Garut residents, especially residents of Sadahurip Village, Pangatikan District, Wanaraja, Garut, West Java, also consider this mountain sacred.

more..
Apart from the sacred mountain, the mountain which is located east of Kampung Cicapar is one of the farming places for the surrounding residents. It is not enough to stop there, Mount Sadahurip is even able to attract researchers, not just travelers.

However, according to summarized sources, although many researchers have come to Mount Sadahurip, there have been no results or explanations related to research on historical relics on the mountain. Researchers also reportedly do not have the results of research on the two holes in the soil that are gaping at the top of the mountain.

The large number of researchers conducting research on Mount Sadahurip has made a lot of research results found in the field. As found by the Turangga Seta Community, saying that Mount Sidahurip is a pyramid. Meanwhile, according to the findings of BPPT and PVMBG, Mount Sidahurip has pyramidal rocks, which are composed of land 5 meters thick and covered with rocks.

Furthermore, the rock that covers it has four sides and four square corners like a pyramid shape. In addition, the tip of the mountain is also sharp, so that is what makes Mount Sidahurip nicknamed the pyramid mountain. 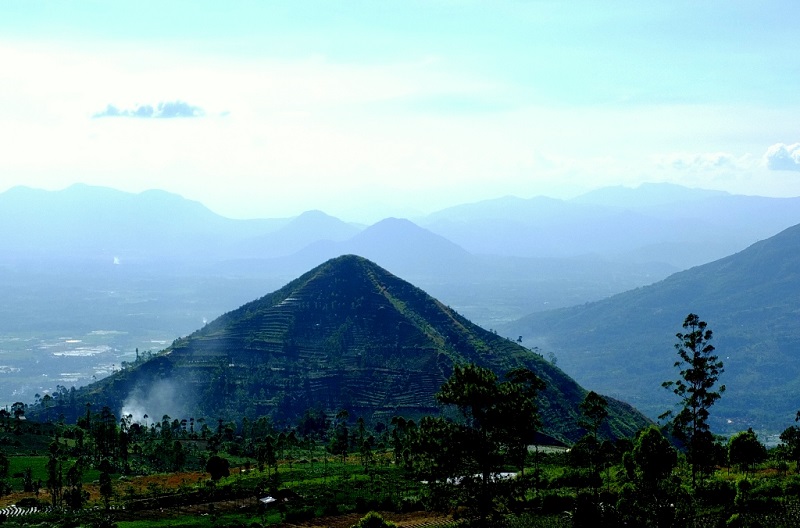 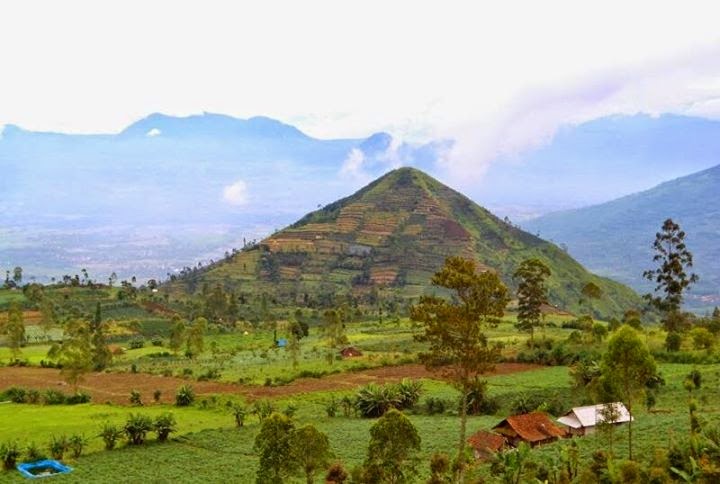 Is this a natural mountain, or is it a pyramid made of natural solid rock, or is it made by the ancestors, or is it made by extraterrestrials?
Please visit Sadahurip, West Java province, Indonesia .. There are many stories from the local community, mostly strange and mystical. But there is also an explanation from local experts, about this “mountain” in the form of solid rock.
0
(m) Height
0
(year) Age