Berpancang Amanah Bersauh Marwah - With trust as foundation, and dignity as the anchor 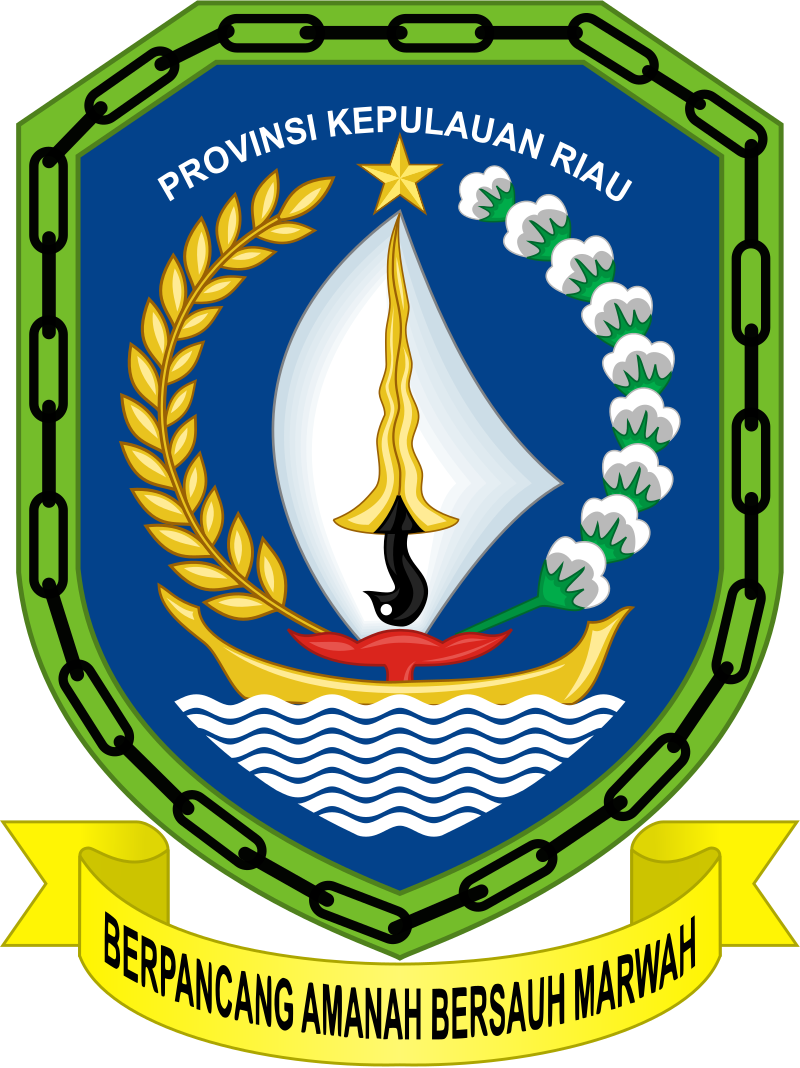 The Riau Islands (Indonesian: Kepulauan Riau) is a province of Indonesia. It comprises a total of 1,796 islands scattered between Sumatra, Malay Peninsula, and Borneo including the Riau Archipelago. Situated on one of the world’s busiest shipping lanes along the Malacca Strait and the South China Sea (Natuna Sea), the province shares water borders with neighboring countries such as Singapore, Malaysia, and Brunei. The Riau Islands also has a relatively large potential of mineral resources, energy, as well as marine resources. The capital of the province is Tanjung Pinang and the largest city is Batam.

The population of the Riau Islands is heterogeneous and is highly diverse in ethnicity, culture, language and religion. The province is home to different ethnic groups such as the Malays, Tionghoa, Javanese, Minangkabau and others. Economic rise in the region has attracted many immigrants and labors from other parts of Indonesia. The area around Batam is also home to many expatriates from different countries.

The Riau archipelago was once part of the Johor Sultanate, which was later partitioned between the Dutch East Indies and British Malaya after the Anglo-Dutch Treaty of 1824, in which the archipelago fell under Dutch influence. A Dutch protectorate, the Riau-Lingga Sultanate, was established in the region between 1824 and 1911 before being directly ruled by the Dutch East Indies.

The archipelago became a part of Indonesia following the occupation of the Japanese Empire (1942–1945) and the Indonesian National Revolution (1945–1949). The Riau Islands separated from the province of Riau in September 2002, becoming Indonesia’s third-youngest province. 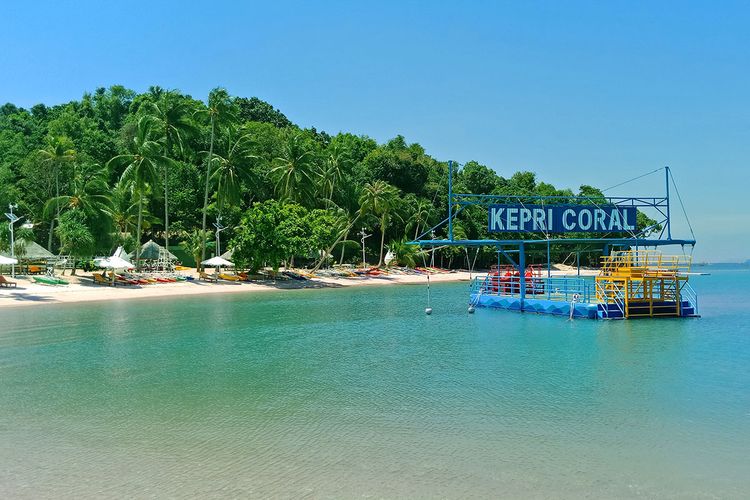 The province shares maritime border with Vietnam and Cambodia to the north, the province of Bangka Belitung Islands and Jambi in the south, East Malaysia, Brunei and the province of West Kalimantan in the east and Peninsular Malaysia, Singapore and mainland Riau in the west. 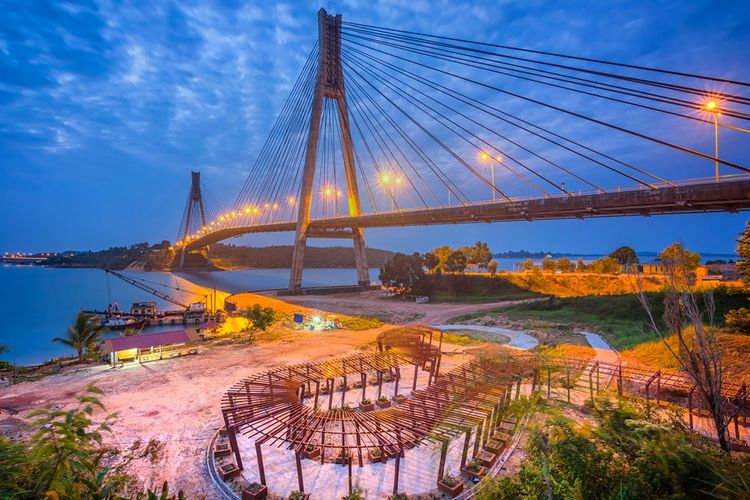 There are around 3,200 islands in the province, which has its capital at Tanjung Pinang in the south of Bintan Island. The Riau Islands province includes the Lingga Islands to the south of the main Riau Archipelago, while to the northeast lies the Tudjuh Archipelago, between Borneo and mainland Malaysia.

The Tudjuh Archipelago consists of four distinct groups – the Anambas Islands, Natuna Islands, Tambelan islands and Badas Islands — which were attached to the new province, though not geographically part of the Riau Archipelago. The 2020 census count was 2,064,564, making it one of the fastest growing province in Indonesia.

The highest point in Riau Islands is Mount Daik with a height of 1,165 meters (3,822 ft), which is located on Lingga Island. Most of the area on Lingga Island is hilly. The Lingga area is generally in the form of an area with a fairly high slope, where there are as many as 76.92 percent of the area which has a slope of more than 15%, while the plain area (slope less than 2%) only encompasses of 3.49 ha or 3.14 percent of the total area.

As an archipelago, the climatic conditions in the province are affected by wind. Most of the province has wet tropical climate, there is rainy season and dry season interspersed with transition season with the lowest average temperature 20.4 °C.

In November to February monsoon winds comes from the north and between June to December the monsoon winds comes from the south. During the northern monsoon the wind velocity at sea could range from 20 to 30 knots, on land the wind can range from 3–15 knots. This causes potentially extreme weather in the Riau Islands with rainfall of about 150–200 millimeters and wave height between 1.2 meters up to 3 meters. 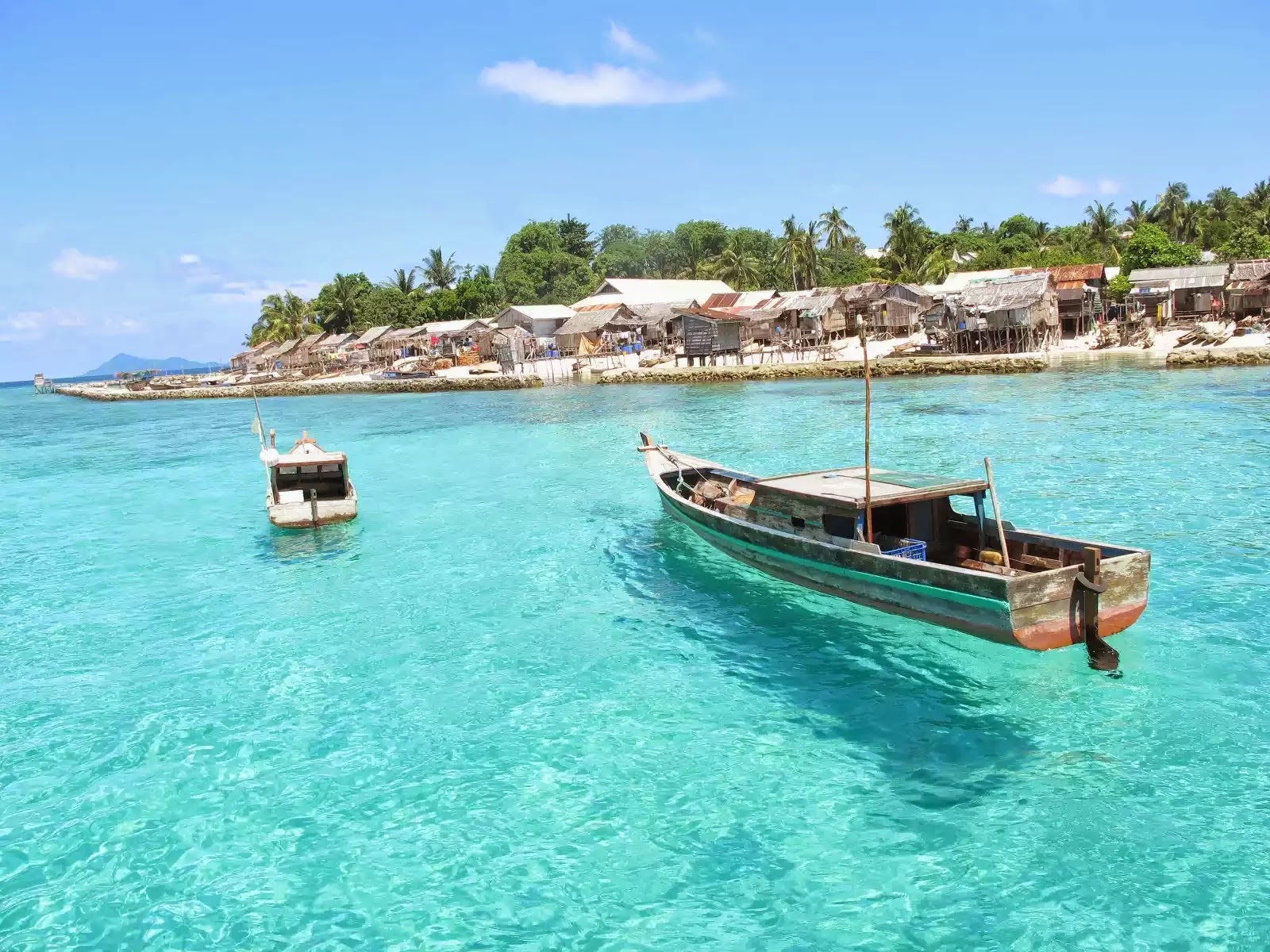 As in most other province of Indonesia, the Riau Islands has a tropical rainforest climate (Köppen climate classification Af) bordering on a tropical monsoon climate. The climate is very much dictated by the surrounding sea and the prevailing wind system. It has high average temperature and high average rainfall. According to Köppen and Geiger, this climate is classified as Af. In the Riau Islands, the average annual temperature is 25.2 °C. Precipitation here averages 2607 mm.

Oceanographic conditions, mainly wave and sea water current, in the study sites were influenced by wet monsoon period, i.e. from November to April. During the wet monsoon (wet season) the wind is characterized very strong, which blows from North-west to South-east or from South-west to North-east, with velocity ranges 7–20 knot (≈ 13–37 km/hour).

The sea wave was not very high reaching only around 0.8 m. The sea water current in Riau islands follows the current pattern in Malacca strait. It is depends on the different between seawater level in northern part of Andaman Sea and southern part of Malacca Strait.

Oceanographic pattern is likely to affect the water quality and reef corals in the study sites. Strong wind during the wet monsoon period, for example, could cause water turbulence which affecting on high sediment, especially in coastal areas, and this might be worse with the high sediment run off from surrounding rivers and/or reclamation areas, such as happened in Batam. Water turbidity was recorded about 22 NTU during the wet season, and it is lower (about 7.4 NTU) in the dry season. 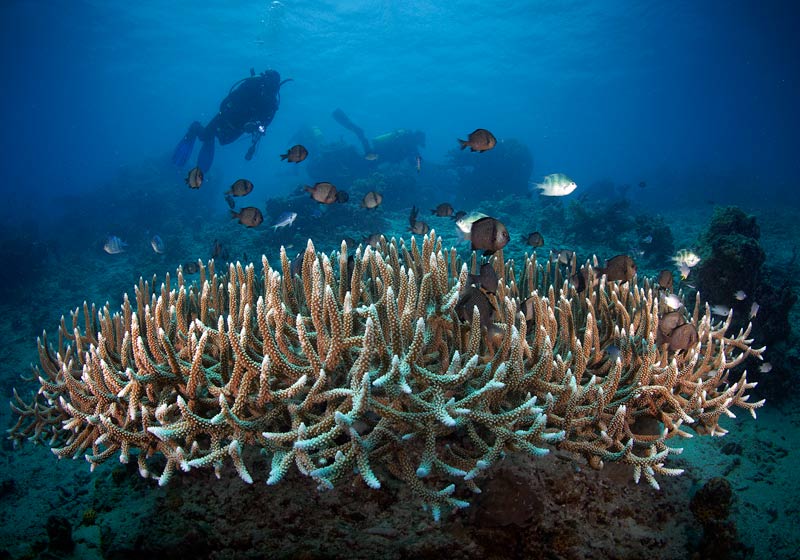 While there were once threats towards the coral reefs in the region, such as blast fishing, a survey by the Indonesian Institute of Sciences found that most of the coral reef ecosystems and mangrove forests in a number of locations in the waters around Batam are in a good condition. 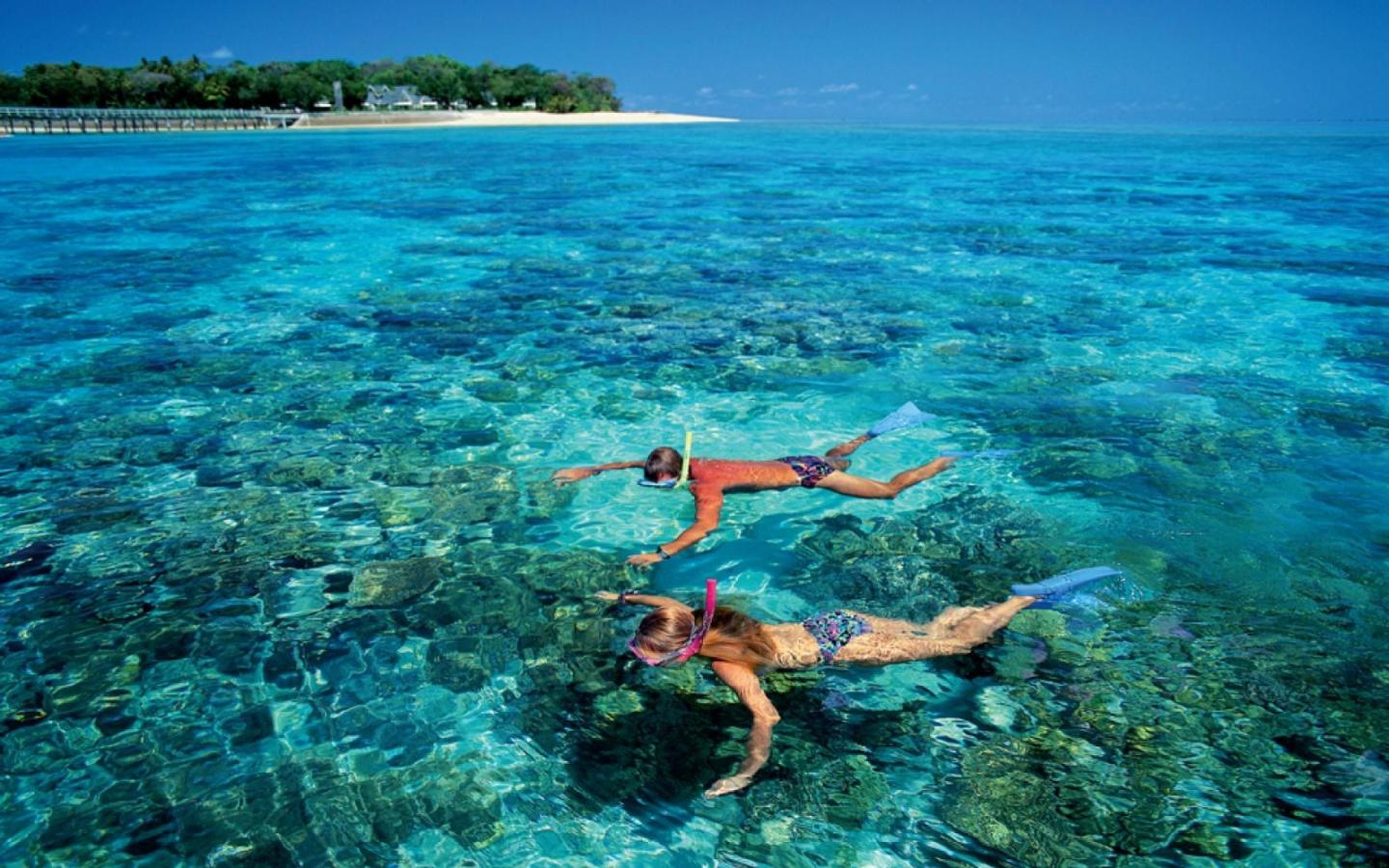 The sea around the Natuna Islands in the previous years has been home to illegal fishing due to weak law enforcement in the region. Under the Widodo administration, the Natuna Sea has been frequently patrolled by the Indonesian Navy and the Indonesian Maritime Security Agency to prevent illegal fishing. This has resulted in the arrest of hundreds of fishing boats and their crews from countries such as Malaysia, Vietnam and China. 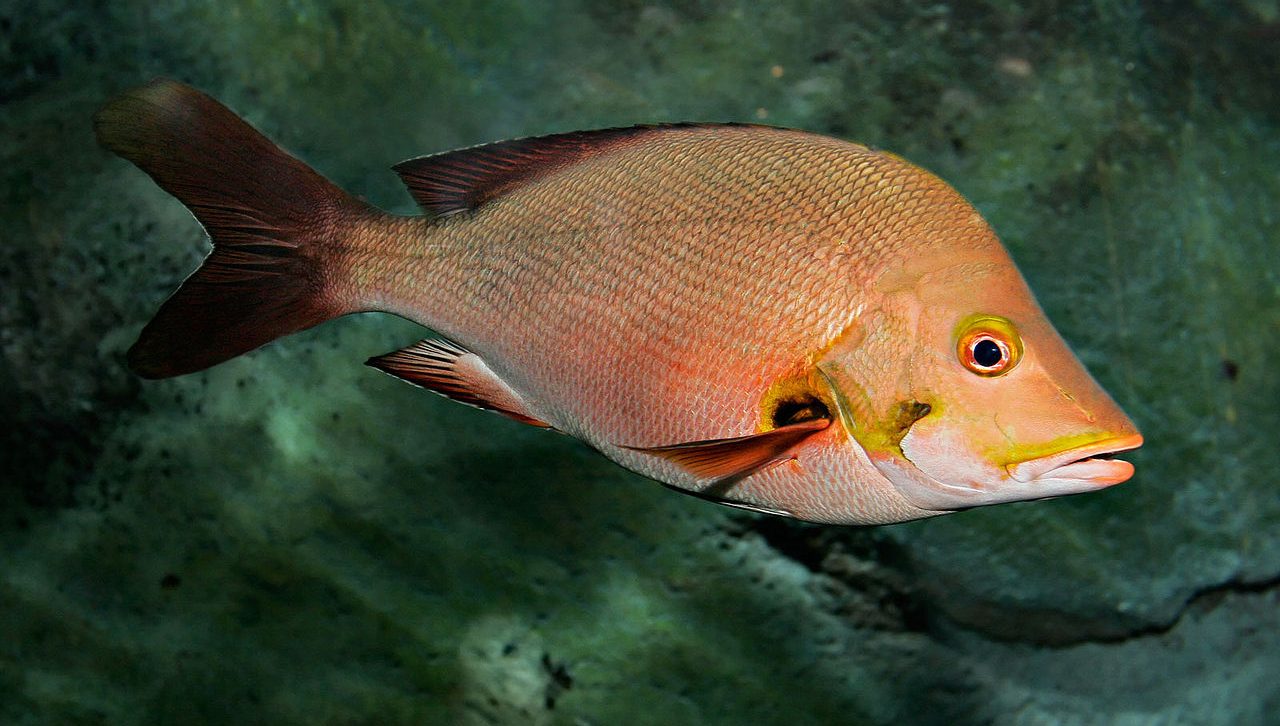 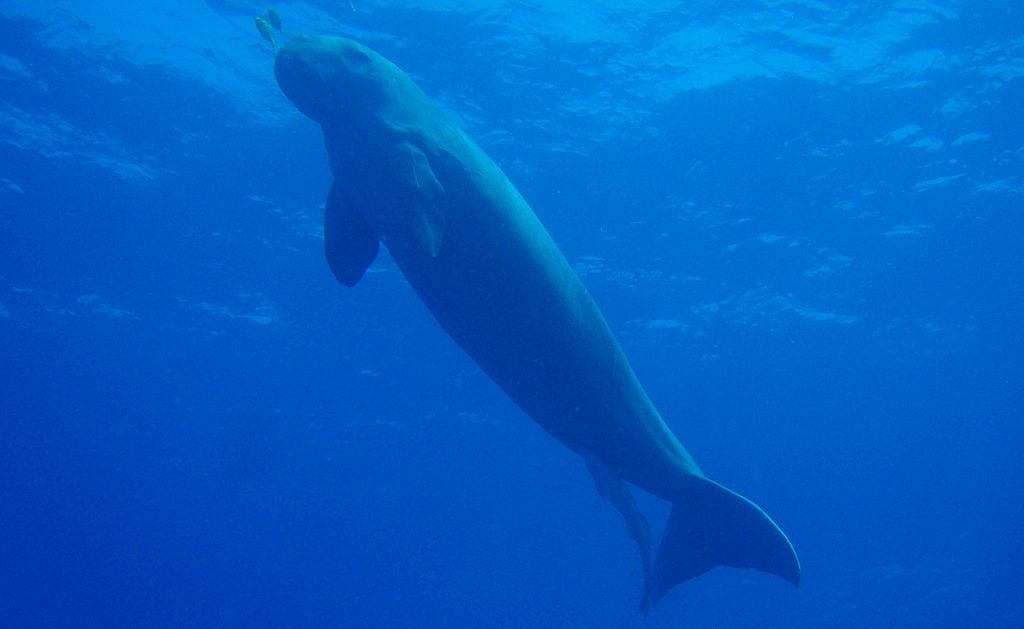 The wealth of flora and fauna in the Riau Islands is also very diverse. The Lutjanus gibbus and Piper betle are the fauna and flora symbol of the Riau Islands province respectively. The Humphead wrasse (Cheilinus undulatus), which is an endangered type of fish, inhabits the Natuna Sea in the northern part of the province.

In addition, Dugongs also live in the waters around the island of Bintan. Some other rare animals are the Tarsius, and the Natuna Island surili (Presbytis natunae), native to the island of Natuna. The Natuna Island surili is one of the 25 most endangered primates on Earth. Wealth of flora in the province includes the Oncosperma tigillarium, dragon fruit, areca nut and the rare udumbara plants that live on the Engku Puteri Plateau, Batam Center. The Riau Islands has 2 nature reserves, namely Pulau Burung Nature Reserve and Pulau Laut Nature Reserve. 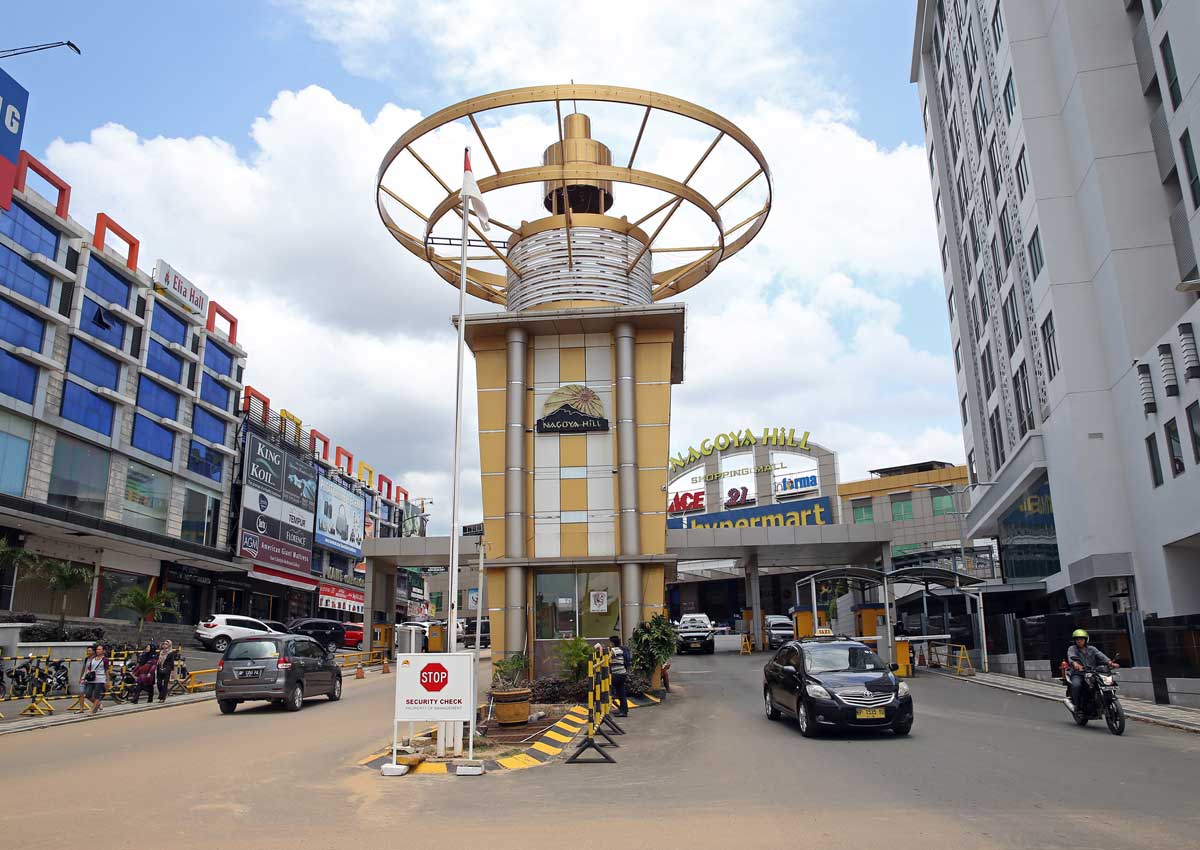 According to the 2000 national census results (released in 2021 by the Indonesian Central Agency on Statistics), the Riau Islands province had a population of 2,064,564 people, spread throughout five regencies and two cities, and consisting of 1,053,296 males and 1,011,268 females. This makes the Riau Islands the 26th most populated province in Indonesia. 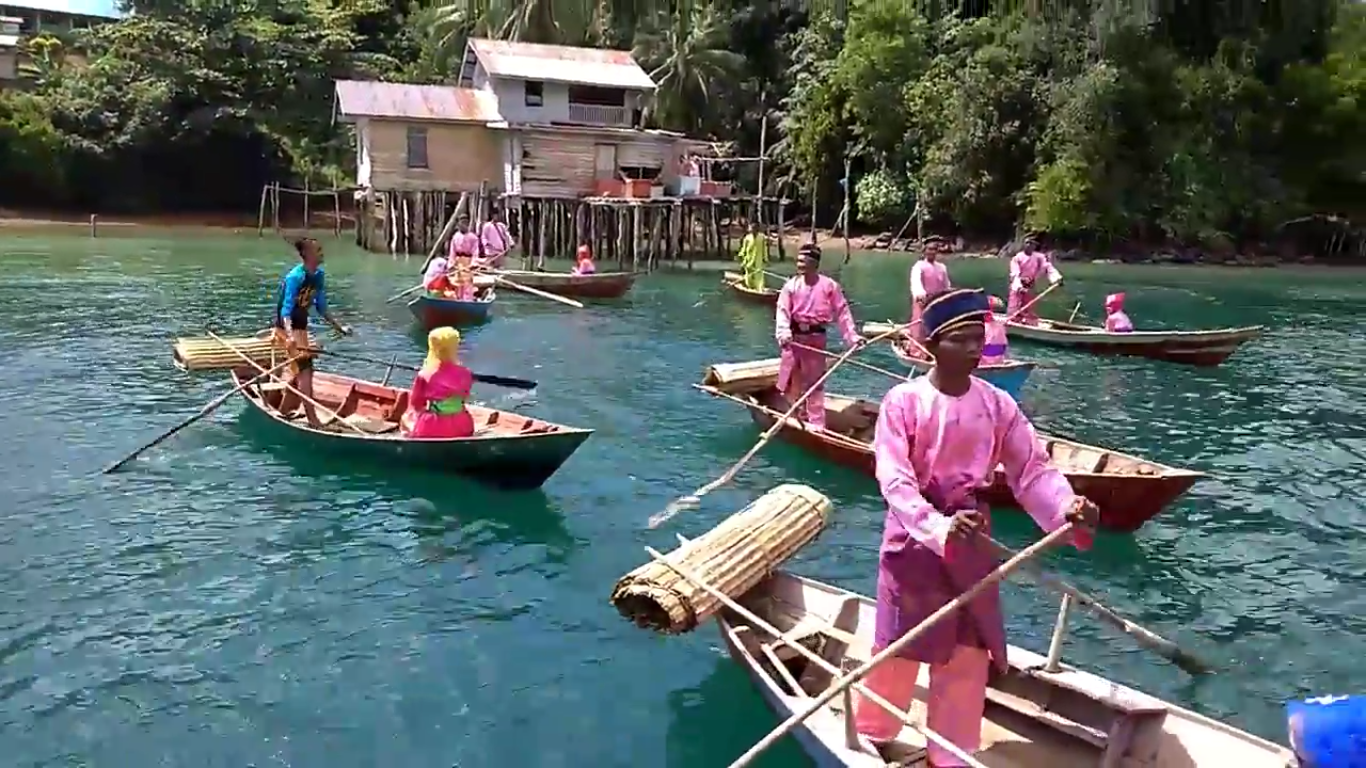 Most of the population of Riau Island is concentrated on the island nearest to Singapore, such as Batam and Bintan. 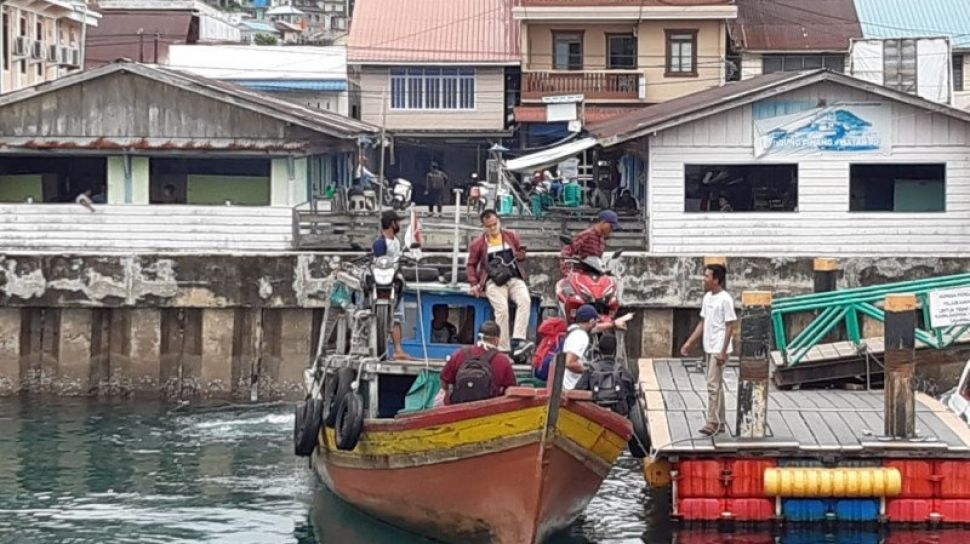 The Malays are the largest ethnic group with a composition of 40.10% of the entire population of the Riau Islands. They are the native people of the Riau Archipelago. The Orang laut are Malays who are Nomadic in nature and have a rich marine culture. Presently, many Orang laut have settled in coastal areas of the province. 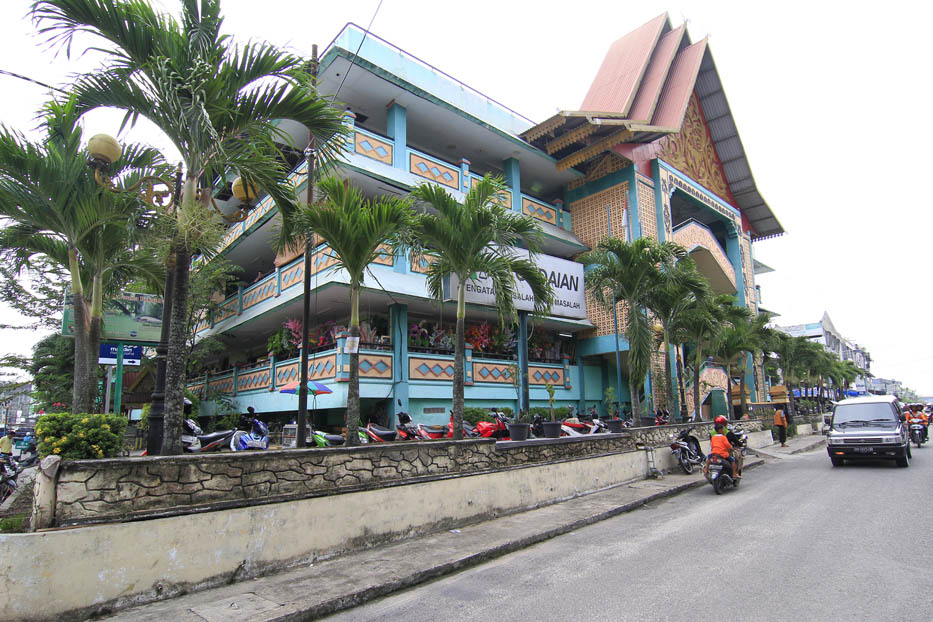 Another immigrants are the Minangkabau (Minang), who mostly originated from West Sumatra. Other ethnic groups, such as the Batak from North Sumatra, the Banjarese from South Kalimantan and the Buginese from South Sulawesi also inhabit the province. 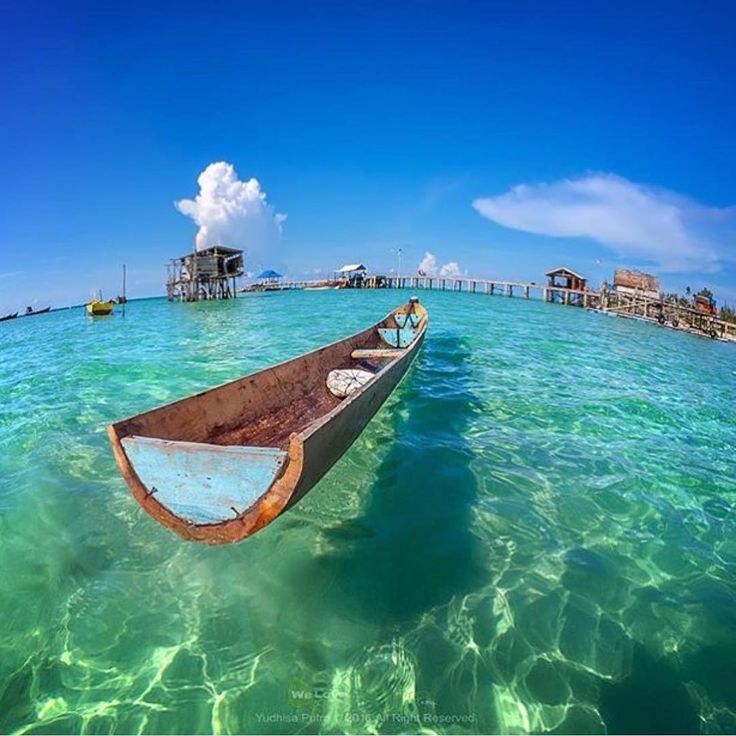 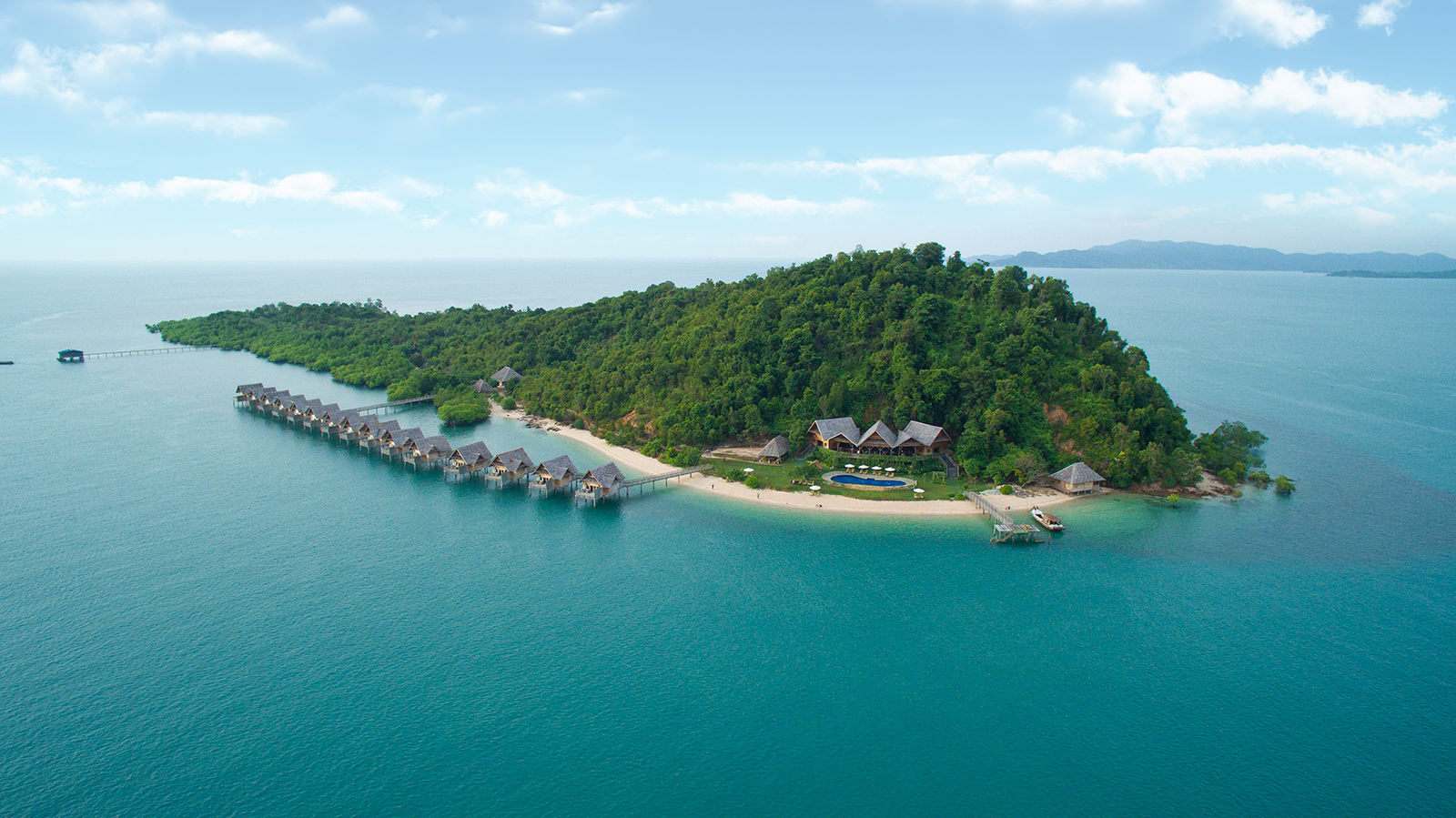 Indonesian is widely used as the national language. Most formal education, and nearly all national mass media, governance, administration, judiciary, and other forms of communication in the Riau Islands, are conducted in Indonesian. It is also used for inter-ethnic communication.

Buddhism and Confucianism forms a significant minority in the province, forming around 7.55% and 0.17% respectively. They are mostly adhered by the Chinese. Lastly, Hinduism only forms around 0.05% of the total population, which is mostly adhered by Balinese immigrants and Indonesians of Indian descent.

The province of Riau Islands is divided into 5 (five) regencies (kabupaten) and 2 (two) autonomous cities (kota). These are subdivided into 70 districts (kecamatan) and then into 256 villages (desa or kelurahan). 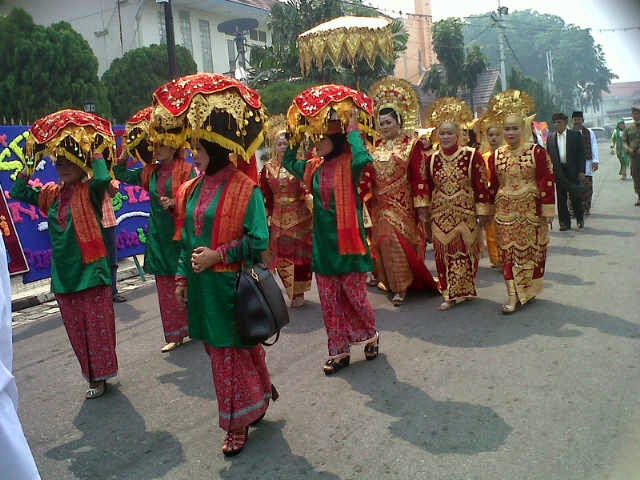 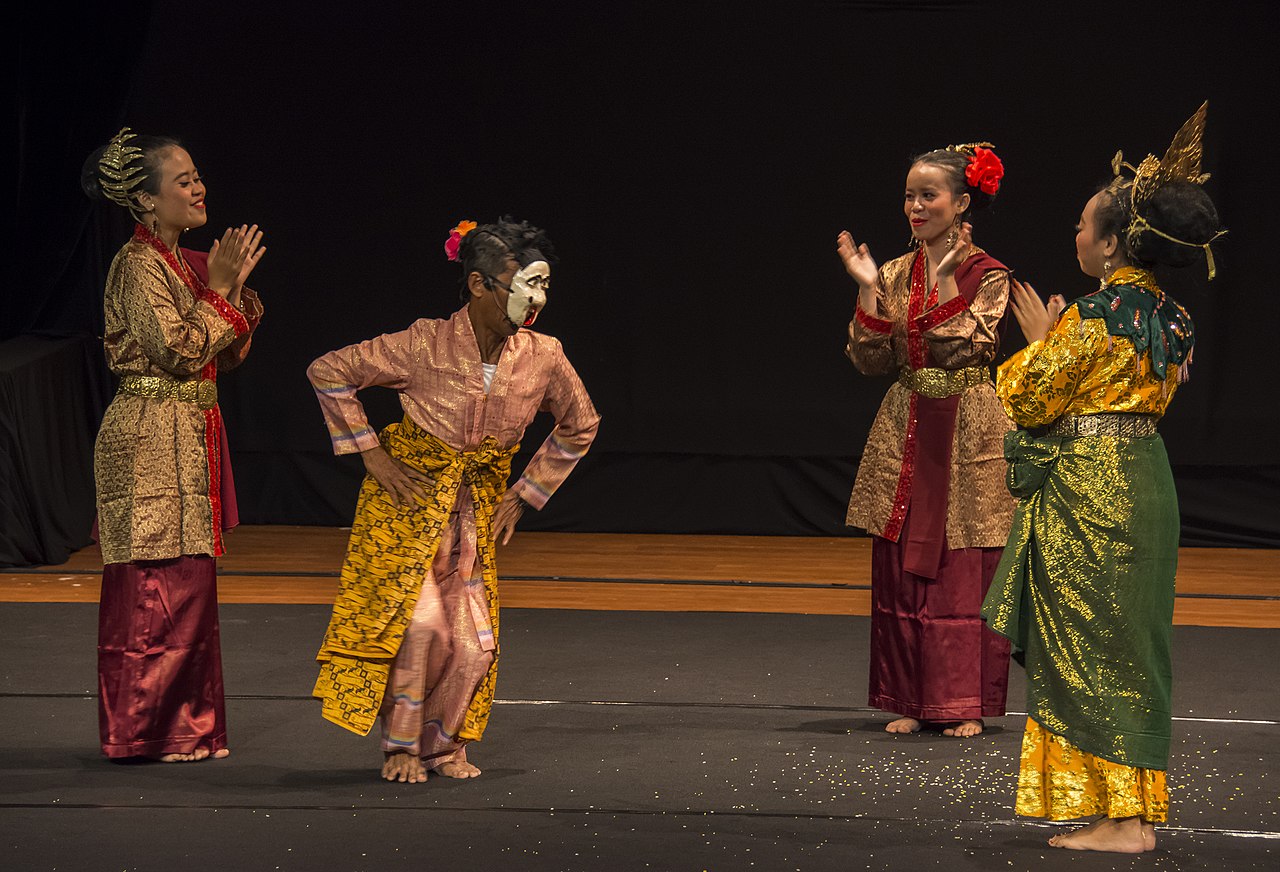 In the kampung, most of the local people knew each other, because the villagers had a strong sense of attachment to each other. Harmony is a characteristic of the community of these kampung. The existence of harmony is not caused by external coercion in the form of harsh sanctions, but it does arise from a conscience that is influenced by the norms that live in the community.

Various forms and types of arts found in the Riau region, namely theater, dance, music, singing, and literature. Artists in urban areas generally feel alien to traditional arts. Therefore, an appreciative link is needed by introducing all types and forms of traditional arts in urban areas. Thus, contemporary art that grows, lives, and develops in urban areas will have a solid and tidy foundation in contributing to national art. 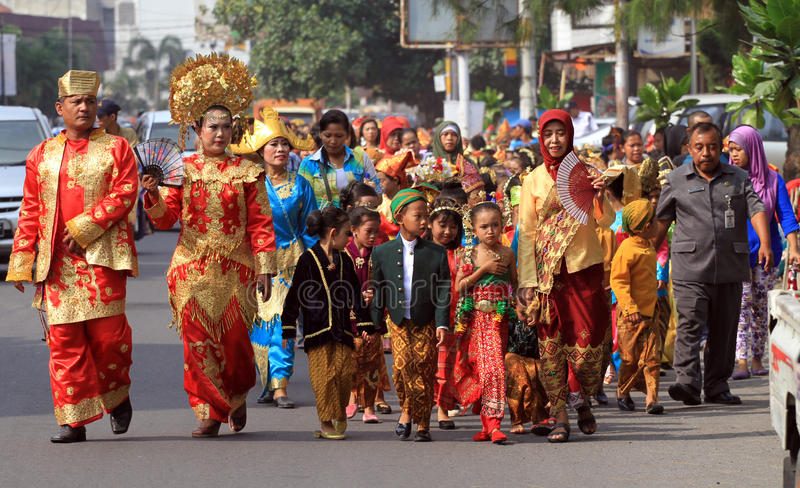 Riau has given birth to diverse cultural figures and colors. This is a burden, as well as a historical-geographical blessing. Riau seems to be a field of association of various artistic potentials, in which there are cultural influences in neighboring countries and other Indonesian cultures.

Baju Kurung is one of the traditional clothes of the Malay community in Brunei, Indonesia, Malaysia, Singapore, and southern Thailand. Baju Kurung is often associated with women. The hallmark of the clothes brackets is the loose design on the holes in the arms, abdomen, and chest. 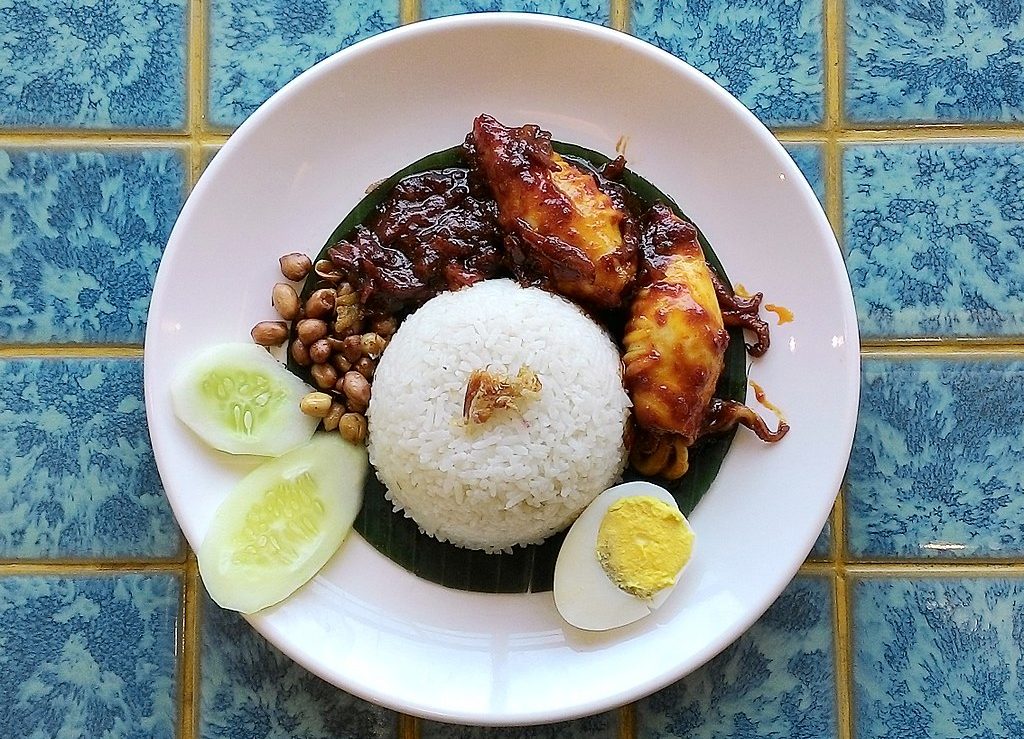 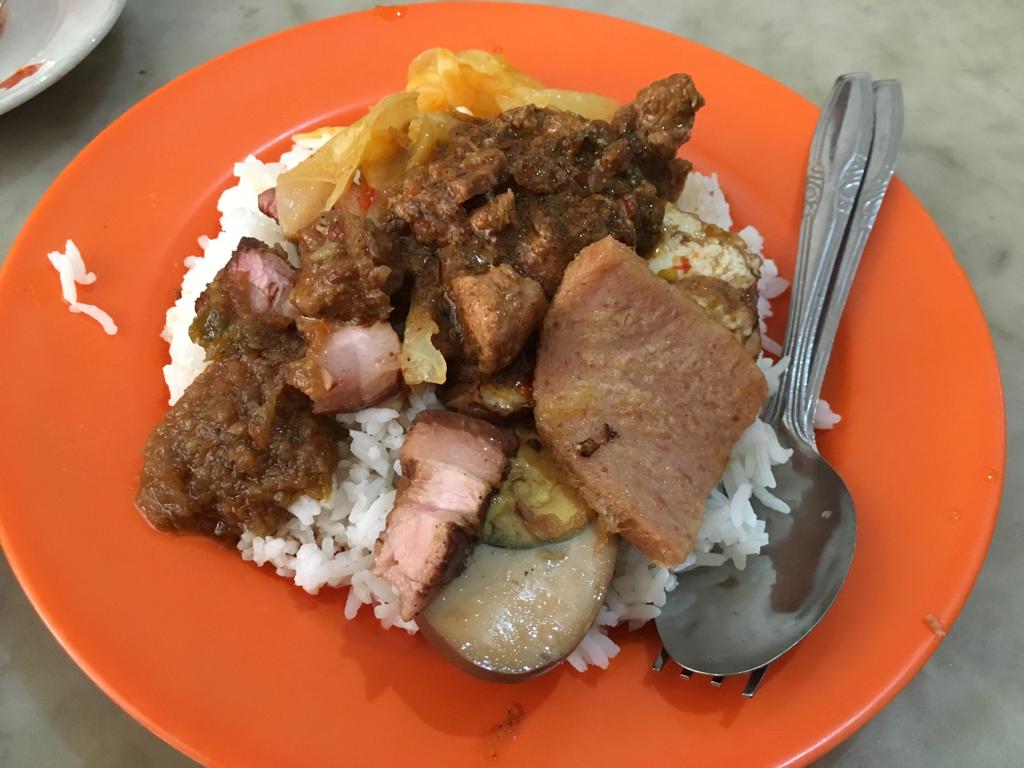 One of the most popular dish in the Riau Islands is its variety of the Nasi lemak, with some notable differences compared to the variety found in neighboring Malaysia and Singapore.

The Riau islands version however, comes with an addition of small fish locally known as ikan tamban, usually fried with sambal chili paste and very crispy, the whole fish is edible. Prawns and Squids are also commonly stir-fried in chili paste as sambal udang or sambal cumi.

Another notable dish that can be found in the Riau Islands is the laksa. Laksa or Lakse in local dialect is a kind of noodle food mixed with typical Chinese and Malay spice blend. Lakse has a round white and slightly thick noodle shape. The name of lakse is taken from Sanskrit which has a lot meaning. It shows that lute noodle is made with various spices. 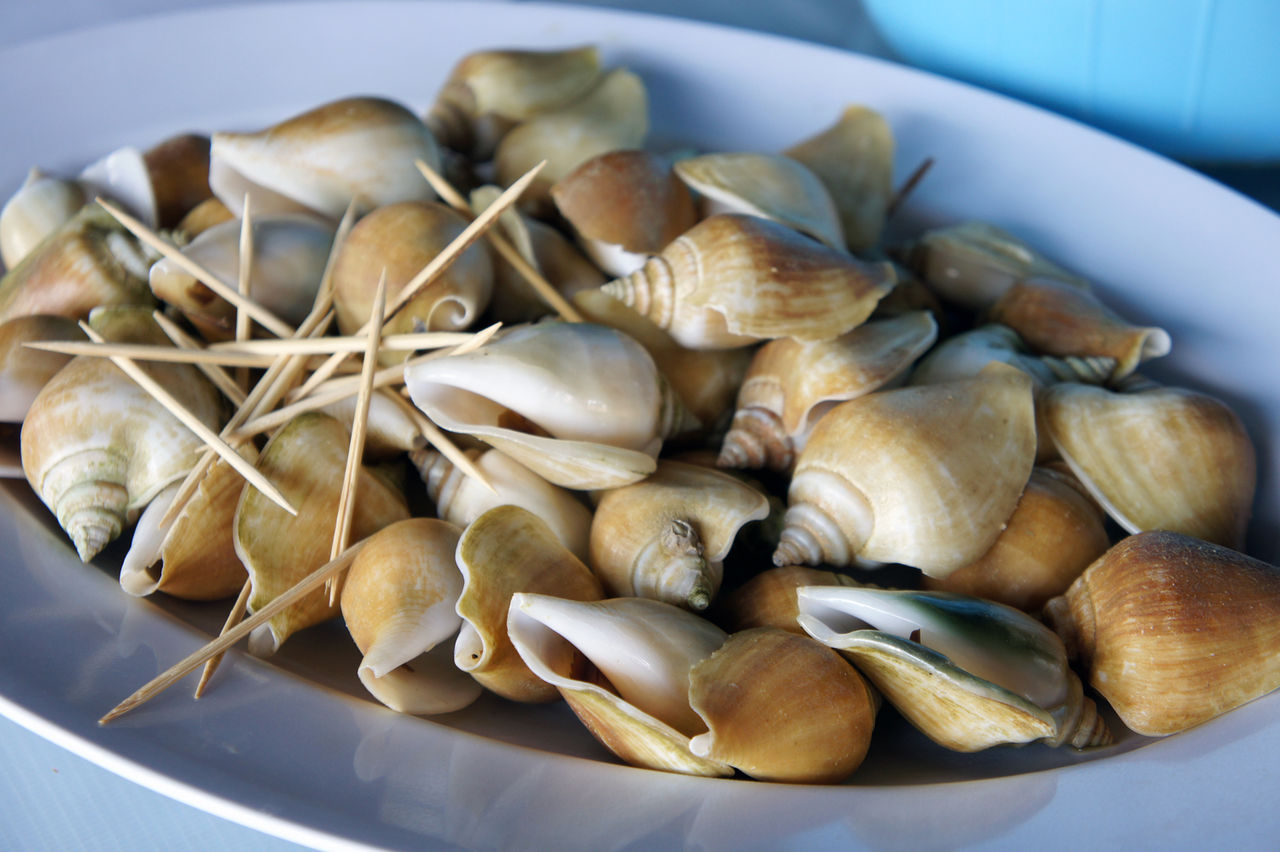 The Bak kut teh (肉骨茶) is another dish found in the Riau Islands, usually consumed by the Chinese people in the province. the dish can only be found in the region as well as neighboring Singapore and Malaysia. Bak kut teh means meat tea bone. Bak kut itself is pork ribs, while the word teh, which means tea in Hokkien, comes from either the dish brown sauce which is similar to the color of a tea, or that it was originally served with tea to mollify the taste.. This gravy is a pork broth, with spices such as garlic and strong pepper.

Snacks and drinks such as the teh tarik and curry puff can also be found in the province. Teh Tarik is not originally an original beverage from the Riau Islands. This drink is familiar in Southeast Asia especially easily found in Malaysia and Singapore. However, in the Riau Islands, such as Batam, Tanjung Pinang and Tanjung Balai Karimun, this drink is commonly available everywhere.

The condition of the Riau Islands, which is close to Malaysia and Singapore has made Teh Tarik to spread around the Riau Islands. Curry puff, also known as epok-epok in the local Riau Islands Malay, is a famous local snack that can be commonly found everywhere in the province. This pastry is made from flour and potatoes is very easy to find in the Malay world.