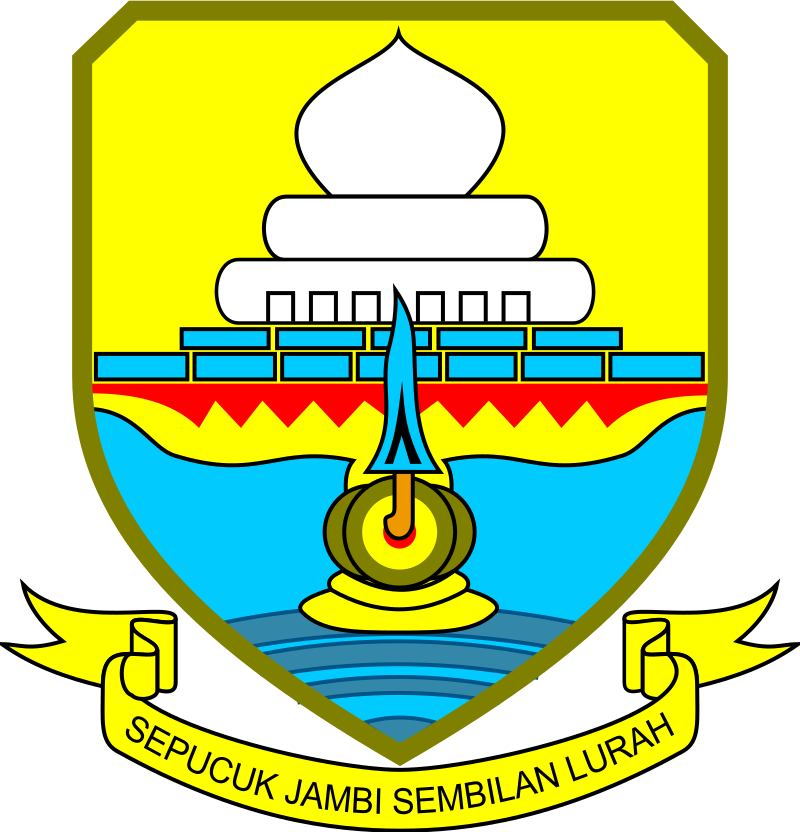 According to the Hikayat Negeri Jambi text, the word Jambi comes from the order of a king named Tun Telanai, to dig a canal from the royal capital to the sea, and this task must be completed within an hour. The word clock is what later became the origin of the word Jambi.

Jambi was the site of the Srivijayan kingdom that engaged in trade throughout the Strait of Malacca and beyond. Jambi succeeded Palembang, its southern economic and military rival, as the capital of the kingdom. The movement of the capital to Jambi was partly induced by the 1025 invasion from the Chola kingdom of southern India, which destroyed much of Palembang.

In 1945, Sumatra comprised a single province, but in 1948 this was divided into three provinces, including the province of Central Sumatra (which included present-day Jambi Province}. In 1957 this short-lived province was itself divided, and Jambi was created as an independent Province. 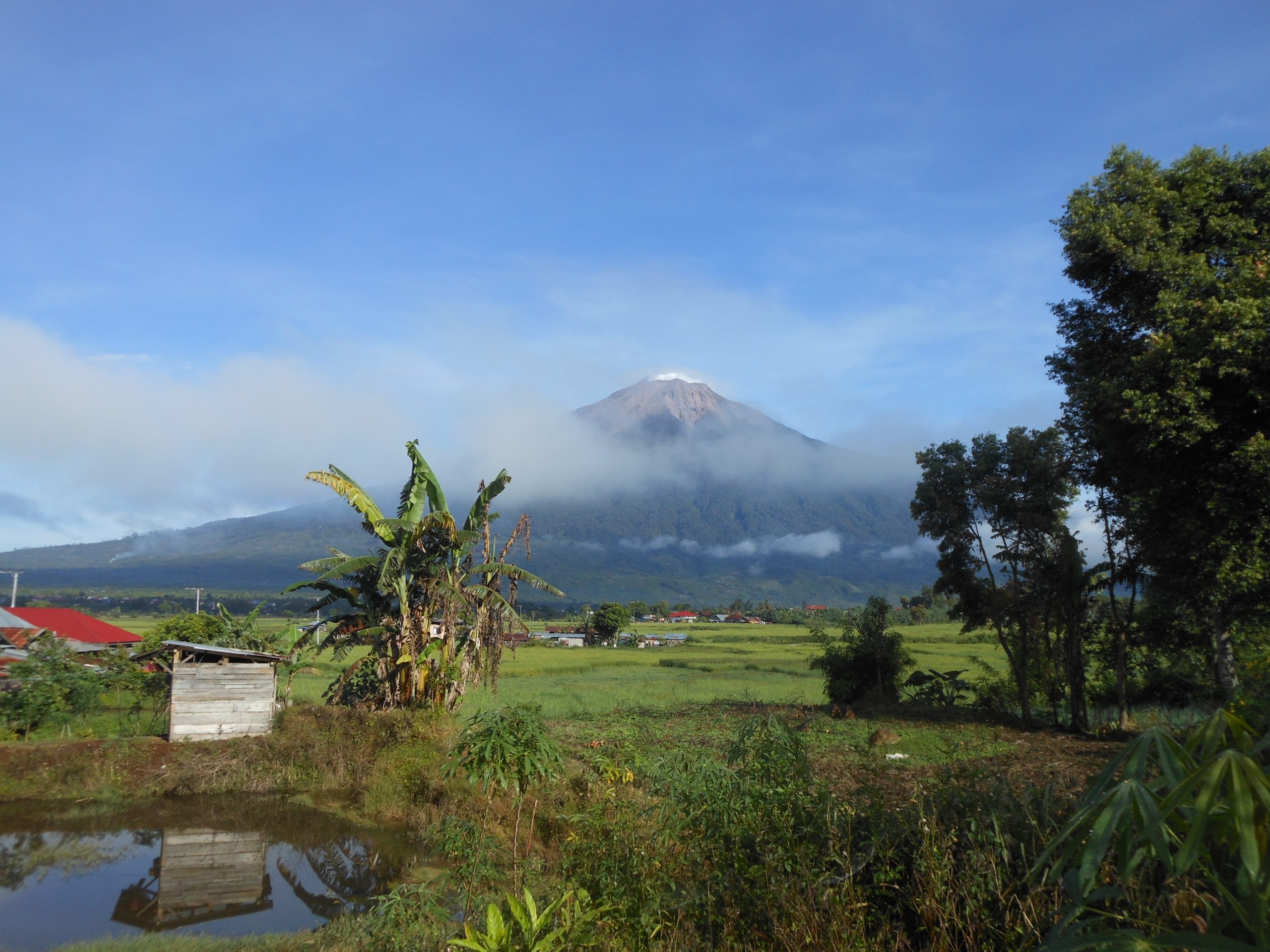 The geographical condition is quite strategic among other cities in the surrounding provinces, making the role of this province quite important, especially with the support of abundant natural resources. The needs of industry and society in surrounding cities are supported by the supply of raw materials and necessities from this province. 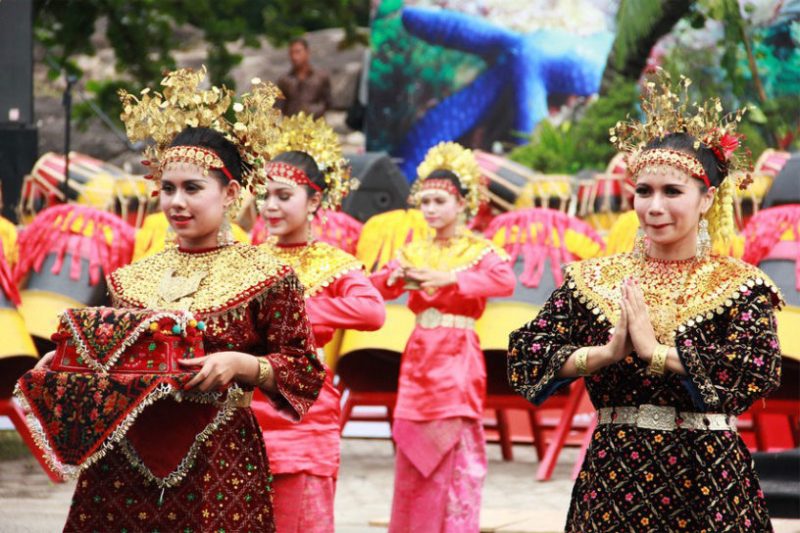 As many as 46.88% of the total workforce in Jambi Province work in the agricultural, plantation and fishery sectors; 21.58% in the trade sector and 12.58% in the service sector. With employment conditions, most of the people in this province are highly dependent on agricultural products, plantations, so that the efforts of the regional and central governments to improve the welfare of the community are through the development of the agricultural sector.

Jambi, it was a Buddhist Education Center in 7th century which turned into Moslem City in 17th century. 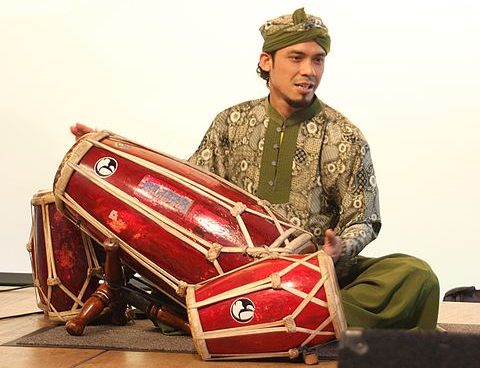 Jambi is a province located in the east of the island of Sumatra. Jambi society consists of several kinds of indigenous tribes such as the Jambi Tribe, the Kerinci Tribe, the Batin Tribe, the Anak Dalam Tribe, to the Minang Tribe descendants. No wonder this province has a variety of traditions and cultures. 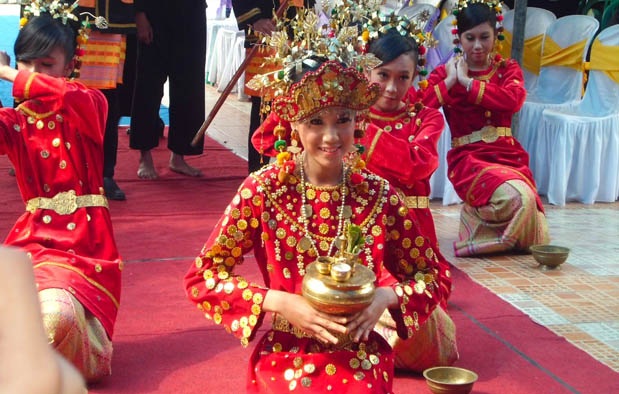 As for the Jambi folk songs, including Injit-Injit Semut, Pinang Muda, Selendang Mayang, and Batanghari

Broadly speaking, the art of dance from Jambi province is from the ethnic culture of Malay and Kerinci. There are several types of traditional Jambi dances, including the Sekapur Sirih dance, Selampit Delapan, Inai, Rentak Kudo, Mengaup and Rentak Besapih dances. 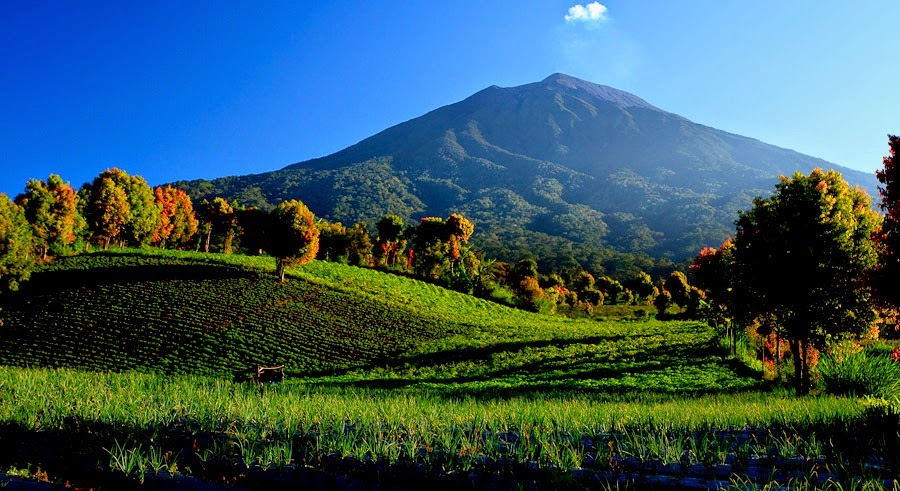 Jambi Province consists of 11 regencies/cities. Facilities and infrastructure in Jambi are currently quite well available. There are many ways that can be used to access various tourist attractions in Jambi City and other districts in Jambi province. Means of transportation that can be used to get to Jambi province by plane and car. In addition to the city of Jambi, districts that already have airports are Bungo and Kerinci districts.

There are quite a number of tourist objects in Jambi. One of them is Kerinci Regency which is a tourist area in Jambi province, which is known as a piece of land from heaven. Nature in Kerinci is very beautiful, ranging from mountains, lakes, tea plantations and much more. In addition to Kerinci, tourist attractions in Jambi are also found in several other regencies, including: 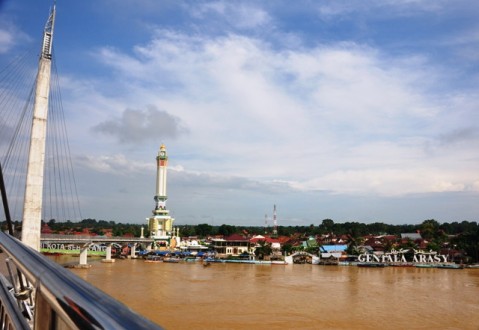 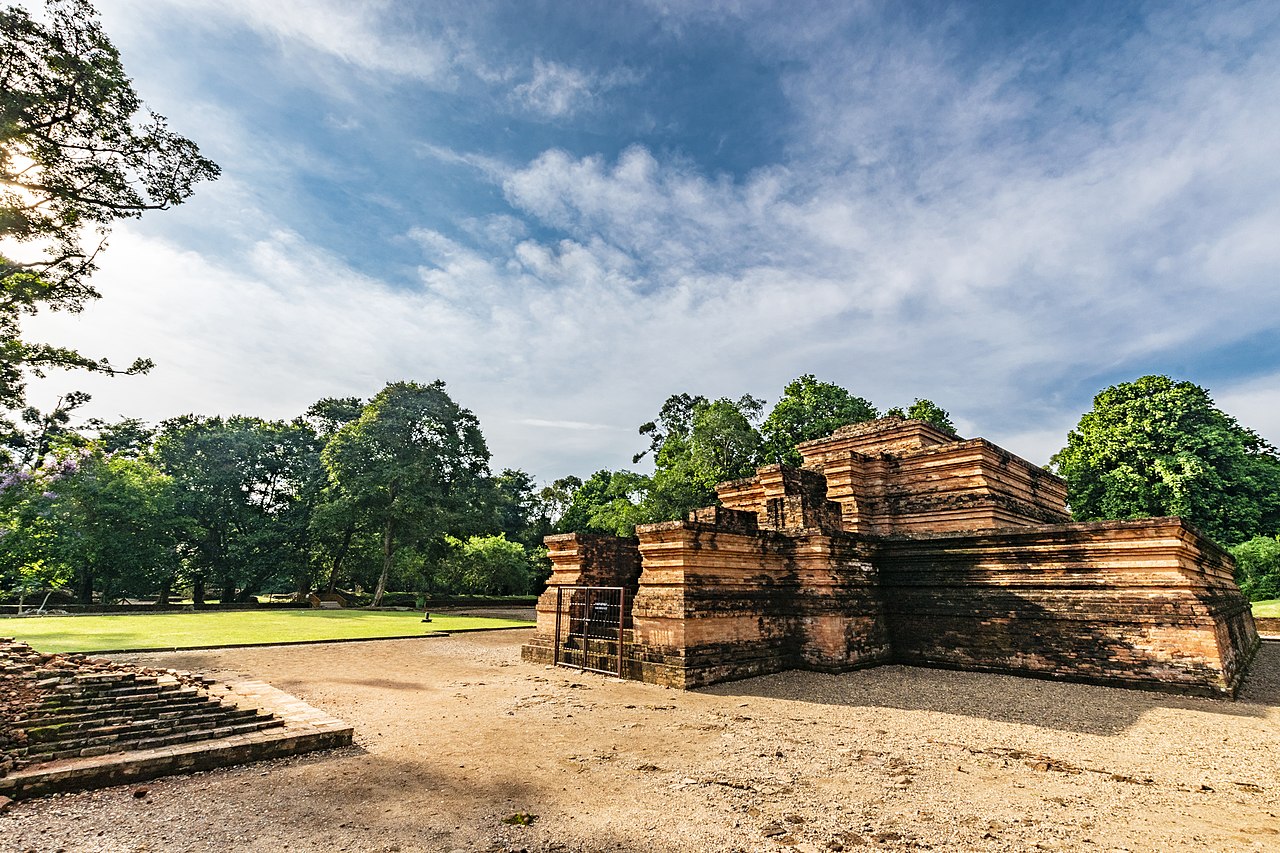 Sigerincing Waterfall, has a height of approximately 40-60 meters, located in Merangin district. This waterfall is part of the Batang Tembesi river which originates at Mount Masurai.

Geopark Merangin, is one of the tourist attractions in Merangin district. This geopark not only offers white water rafting, but the uniqueness of the 350 million year old flora fossil is also the main attraction. This area is still covered with dense forest with various types of plants. To reach this location it takes about 6 hours by car from Jambi city, the provincial capital of Jambi province. 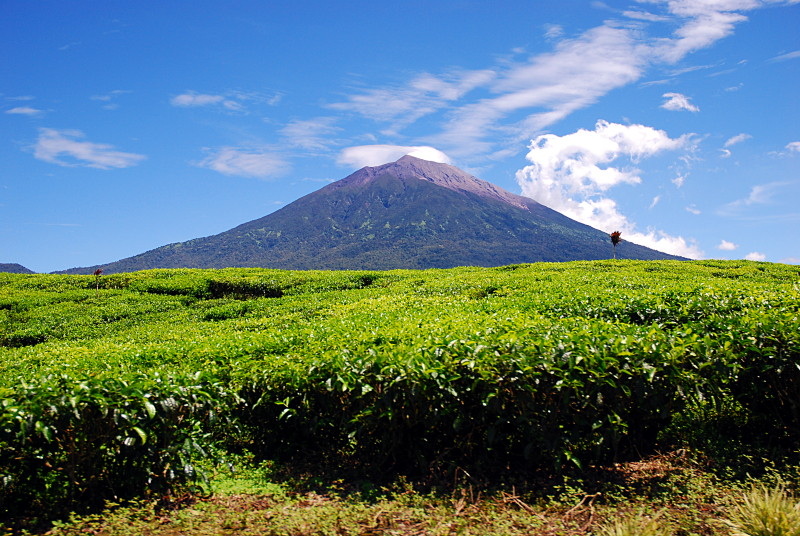 Kayu Aro Tea Plantation. One of the best and famous tourist attractions in Jambi since ancient times is the Kayu Aro Tea Garden located in Kerinci district. The plantation with an area of ​​3,020 hectares is a tea plantation in one of the largest expanses in the world with a backdrop of Mount Kerinci. 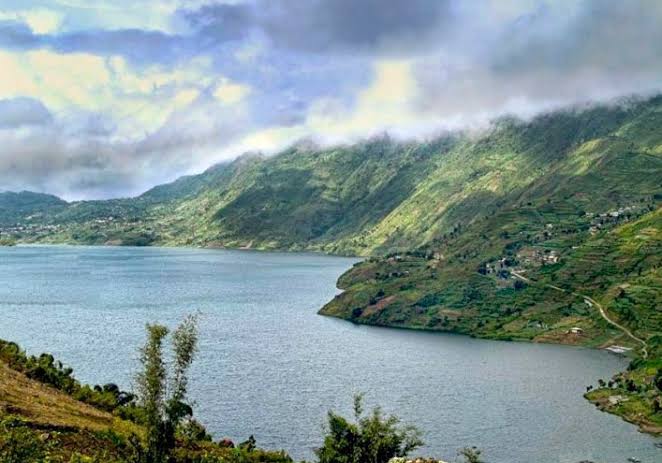 Lake of Gunung Tujuh. The natural conditions around Lake of Gunung Tujuh are very beautiful and natural and have very clear water. The beauty of the lake is complemented by a stretch of mountains (Gunung Tujuh) that surround it. At some point on the edge of the lake stretches of sand that resembles a beach. Seven Mountain Lake is located in Kerinci district.

Lake Kaco. This lake has an area of ​​​​about 30 x 30 meters. The clear water in this lake makes the bottom clearly visible, even though it has an immeasurable depth of water. In addition, at night, Lake Kaco emits a bright light, especially at the time of the full moon. 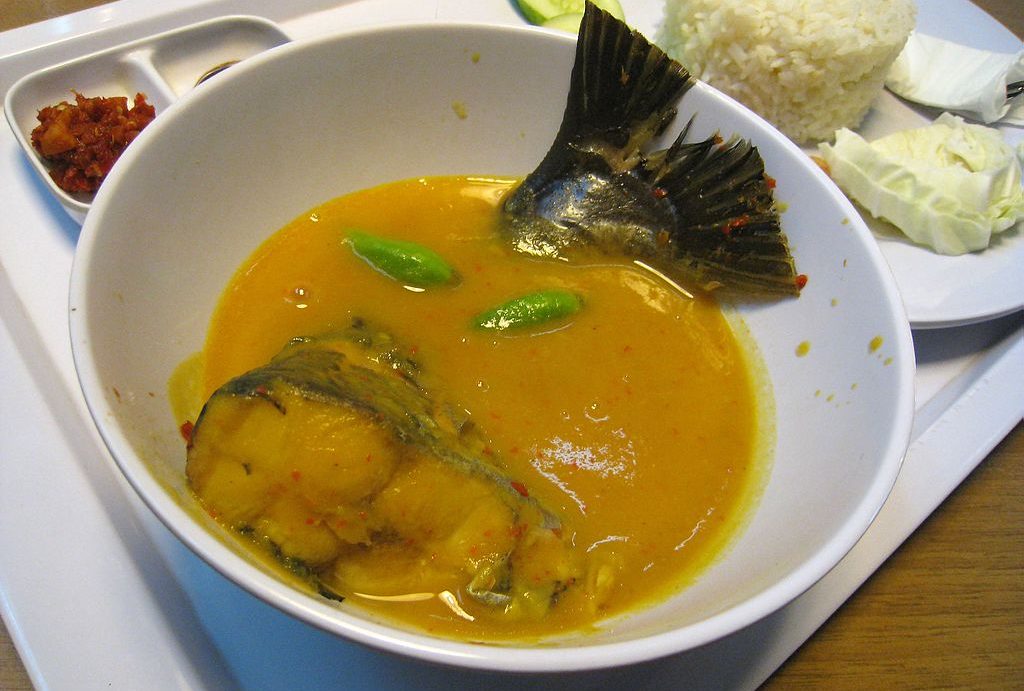 Jambi cuisine or Jambi cuisine is a typical Jambi food or culinary type that developed in the province of Jambi, Indonesia. This dish is mostly made from fish which is supported by the many rivers in Jambi province. 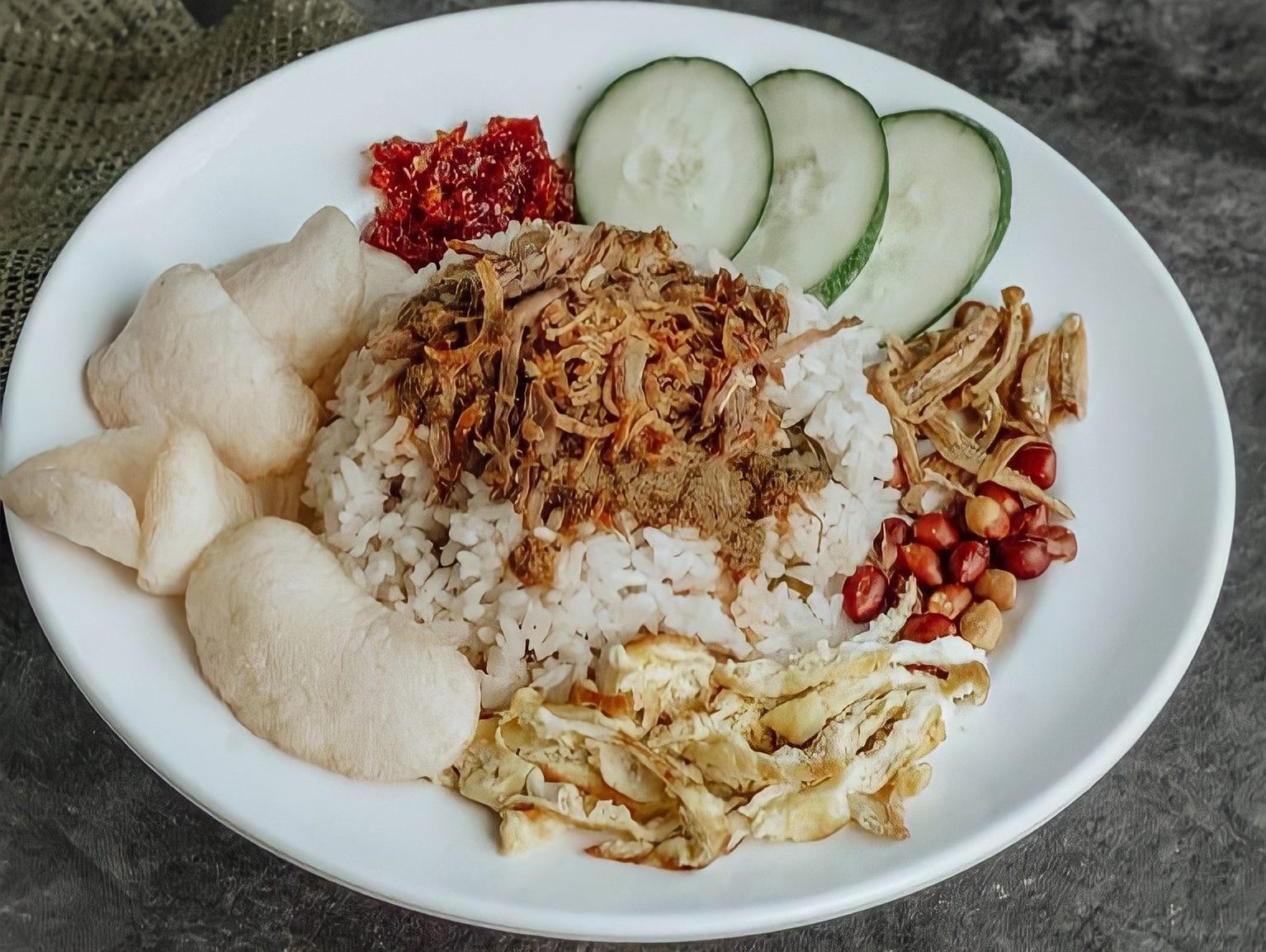 Spices are also generally not much different from West Sumatran cuisine. Malay and Minangkabau culture also influences the culinary mix of Jambi province.

Each region in Jambi province, has food as a regional characteristic, which is usually used as souvenirs, for example: Jambi city is famous for its Padamaran Cake and AAA Coffee, while Kerinci with Potato Dodol and Kayu Aro Tea, then Merangin with Gelamai perentak and Kopi Jangkat, then Batanghari with Cepak Kapung cake, and Muaro Jambi is famous for its Pempek sambal and Pineapple Tangkit.

Jambi province is divided into 9 (nine) regencies (kabupaten) and 2 (two) cities (kota). These are divided into 141 districts (kecamatan), in turn sub-divided into 153 urban villages (kelurahan) and 1,399 rural villages (desa).