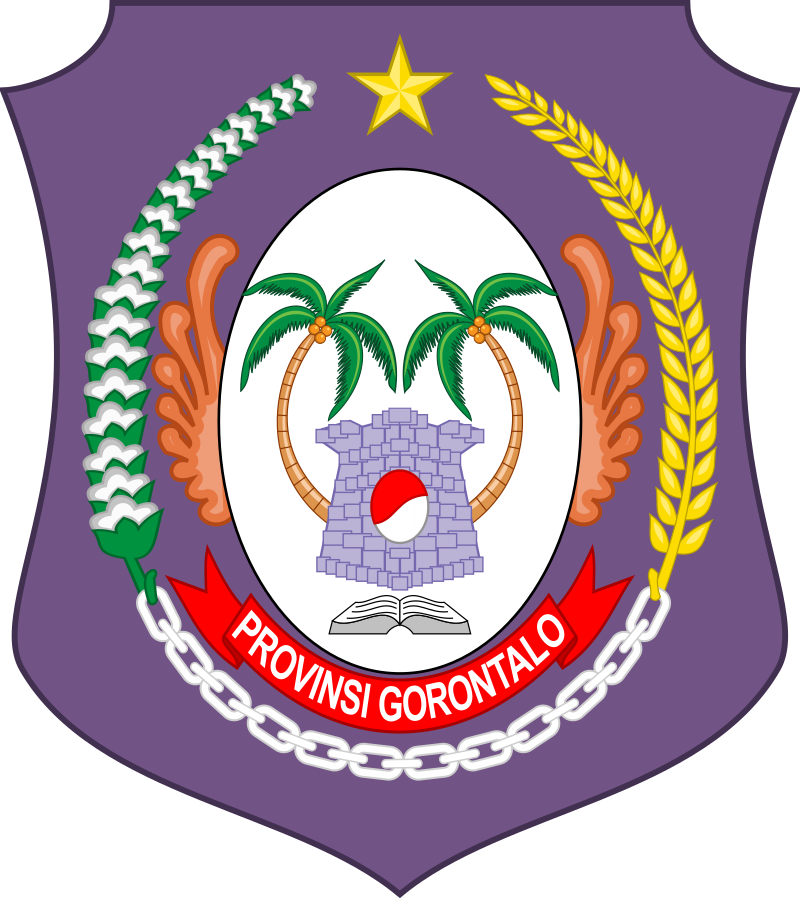 Gorontalo (Gorontaloan: Hulontalo) is a province of Indonesia on the island of Sulawesi. Located on the Minahasa Peninsula, Gorontalo was formerly part of the province of North Sulawesi until its inauguration as a separate province on 5 December 2000.

In Indonesian history, the only Indonesian President from the Gorontaloan people is the third President of the Republic of Indonesia, Prof. DR. Ing. Bacharuddin Jusuf Habibie. His father, Alwi Abdul Jalil Habibie, comes from the “Habibie” clan.

The provincial capital, as well as the main gateway and the most populated city, is Gorontalo City (often called Hulontalo City) which is also famous for the nickname “Porch of Medina” (Indonesian: Serambi Madina). This is because the kingdoms of Gorontalo have applied Islamic law as a basis for implementing the law, both in the fields of government, society, and the courts. 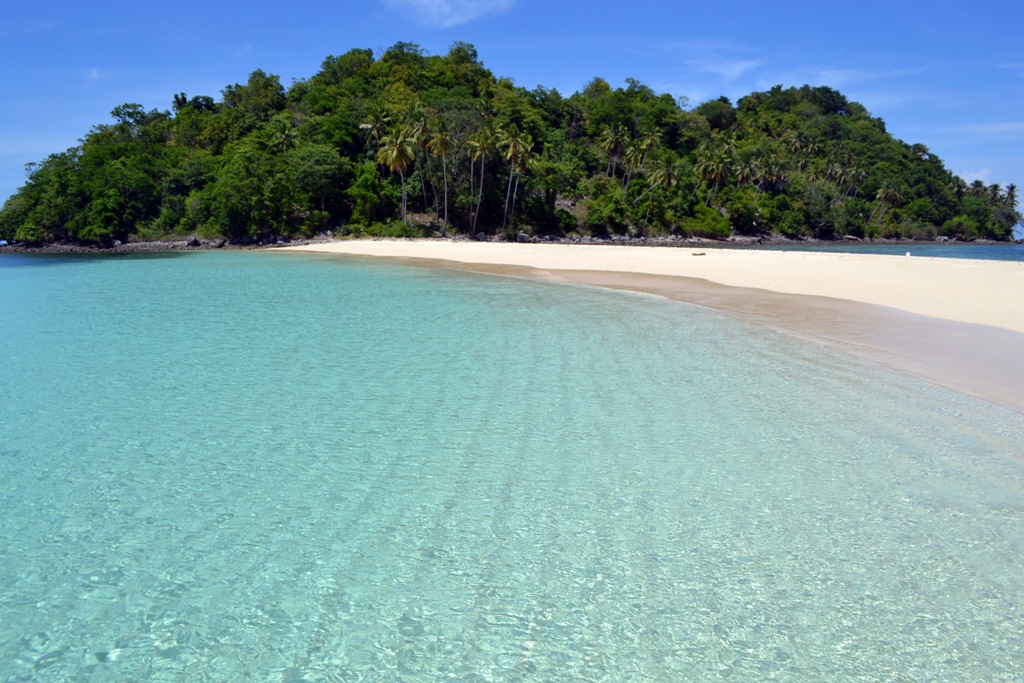 The Origin of Gorontalo

c. Gorontalo comes from the word “Huidu Totolu”, which means “Three Mountains”. If traced its history, there are three ancient mountains on the Gorontalo peninsula, namely Mount Malenggalila, Mount Tilonggabila (changed to Tilongkabila) and another Mountain which is not named. 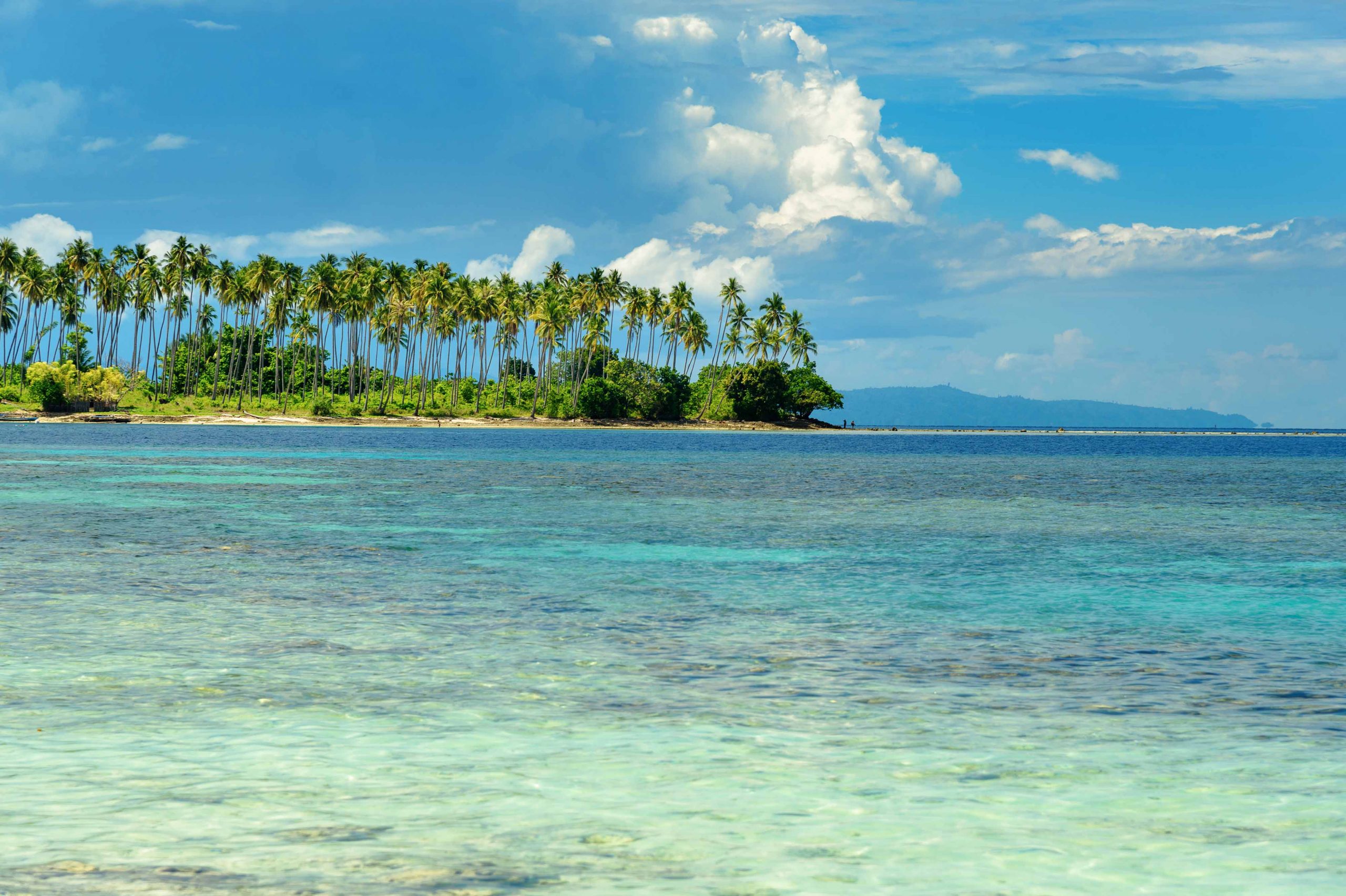 e. Gorontalo comes from the word “Hulontalo”. However, due to difficulties in pronunciation, the Dutch colonizers called “Hulontalo” to be “Gorontalo”. 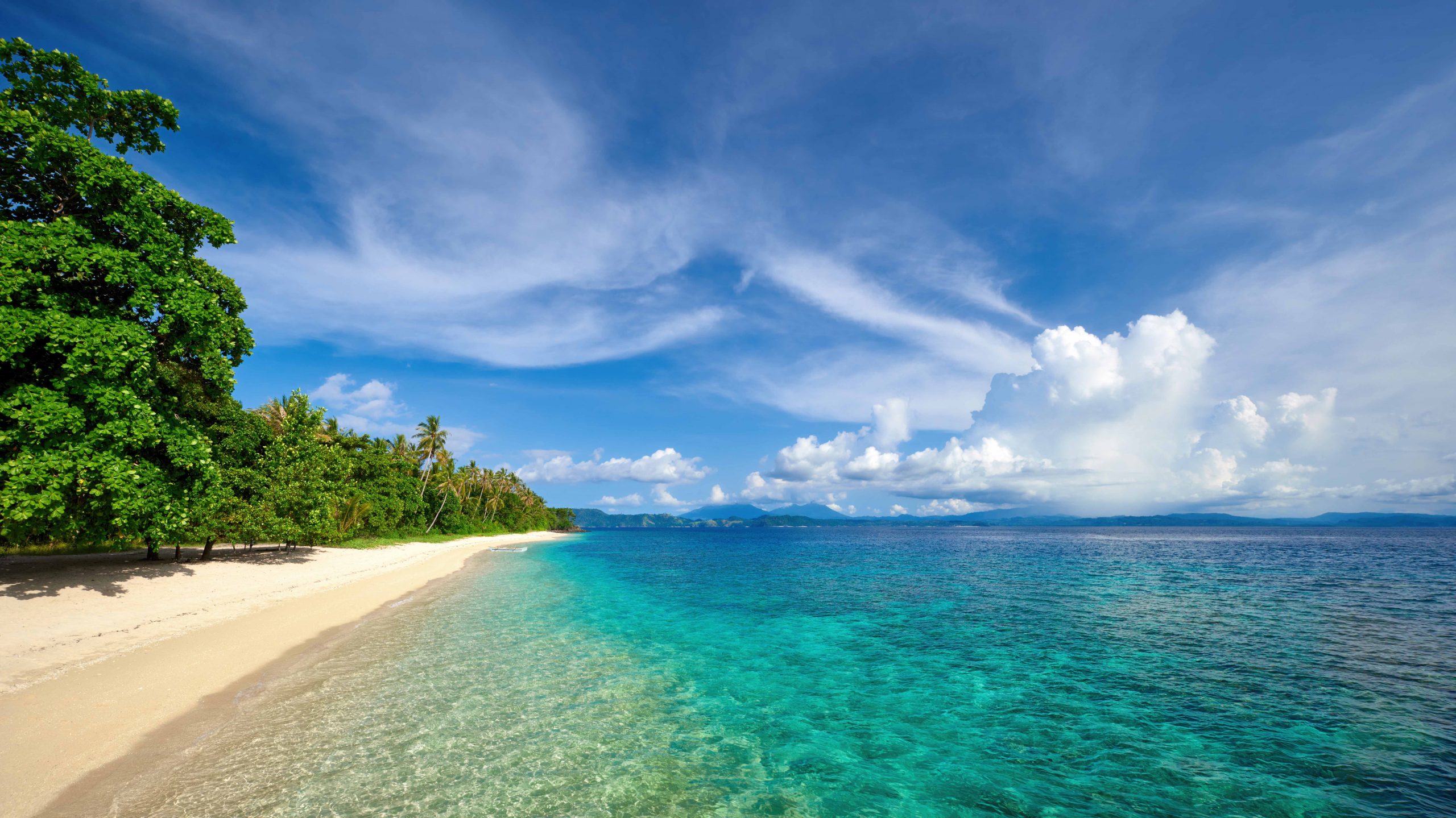 Gorontaloans sometime refer themselves as Hulandalo or Hulantalo, a well-known term in Gorontalo and North Sulawesi, which usually refer to the region of Gorontalo or the native people from Gorontalo.

The Gorontaloan people also have a family kinship system called Pohala’a. This system is a heritage of the kingdoms that had previously established in Gorontalo. There are five pohala’a in Gorontalo, namely Gorontalo, Limboto, Suwawa, Bualemo and Atinggola; where the Gorontalo pohala’a is the most prominent among the pohala’as. 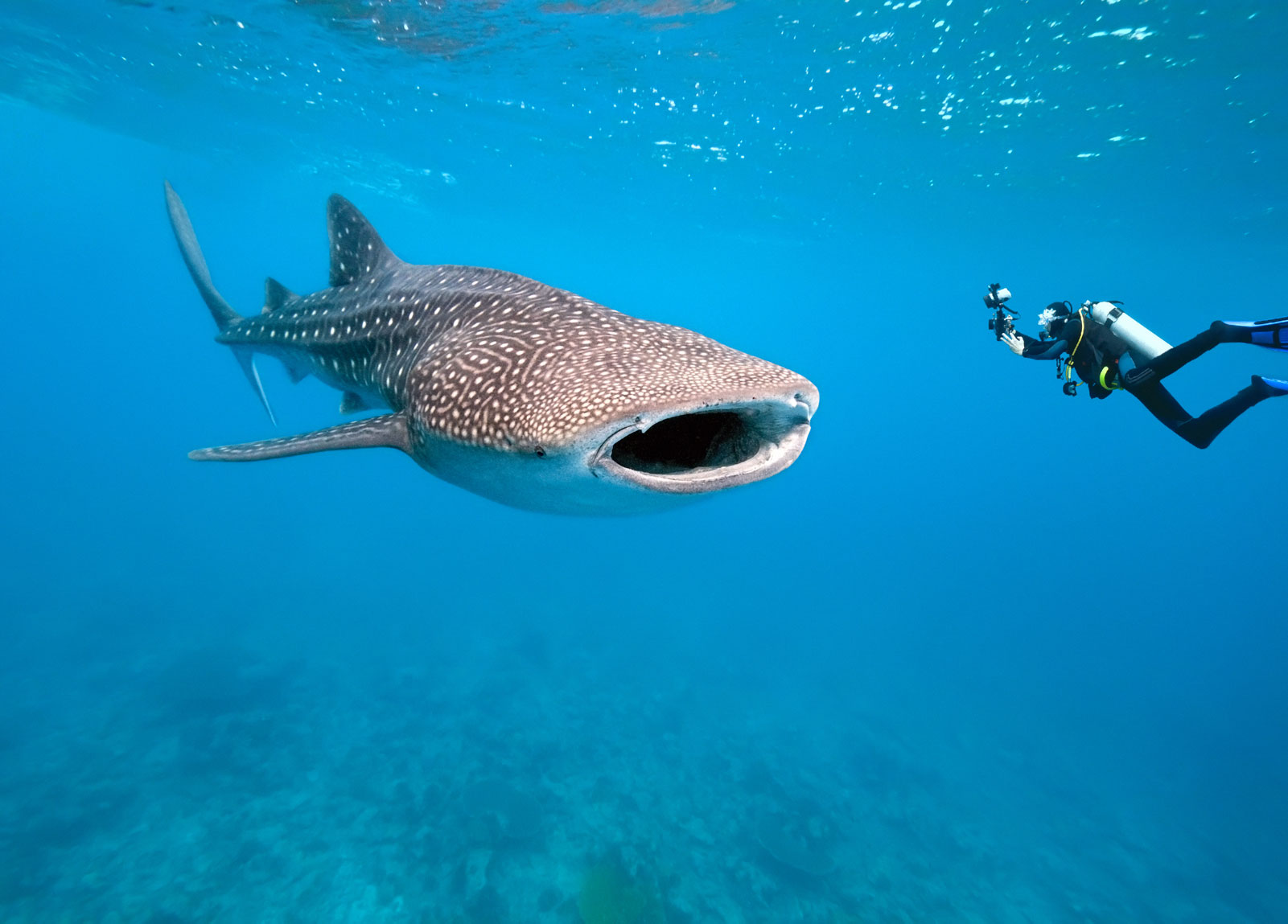 Historically, Gorontalo has been the center for the spread of Islam in Eastern Indonesia, dating back to the pre-colonial era. The province also was the seat of many independent Gorontaloan kingdoms. The Dutch arrived in the beginning of the 17th Century, subjugating the local kingdoms and finally annexed the area into the Dutch East Indies. Gorontalo was briefly occupied by the Japanese during World War II, before finally becoming part of the independent Republic of Indonesia. 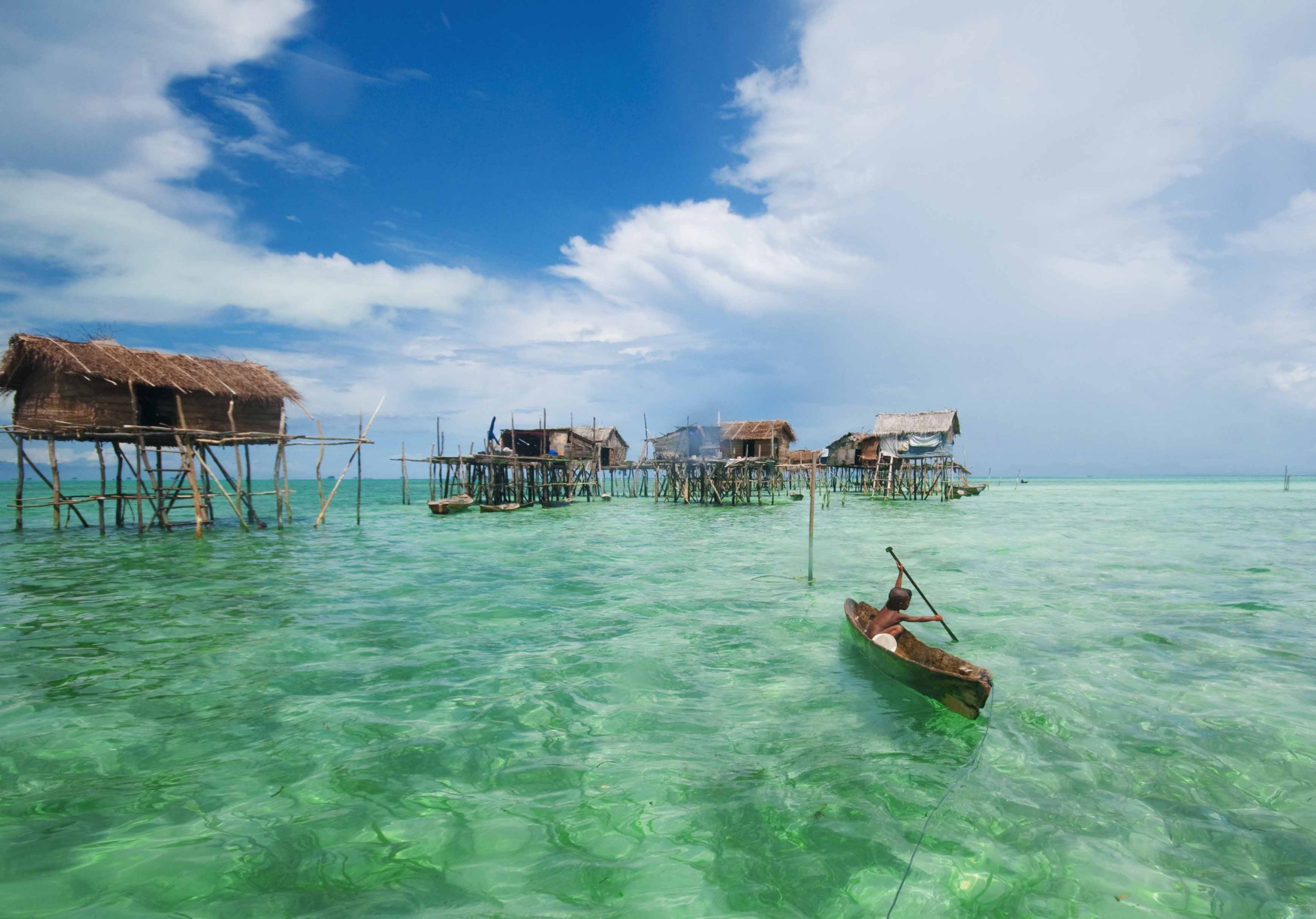 Compared to other provinces of Indonesia, Gorontalo is one of the least developed provinces. As of 2017, Gorontalo scores 0.670 in Human Development Index, one of the lowest in Indonesia. It ranks 28th out of the 34 provinces. Compared to the neighbouring provinces such as North Sulawesi, Gorontalo’s infrastructure is very poorly developed. The province has often suffered from electricity crises as well as water shortages. Nevertheless, the government is currently attempting to improve Gorontalo’s infrastructure, with construction projects such as the Gorontalo Outer Ring Road, Randangan Dam and the Anggrek Power Plant. 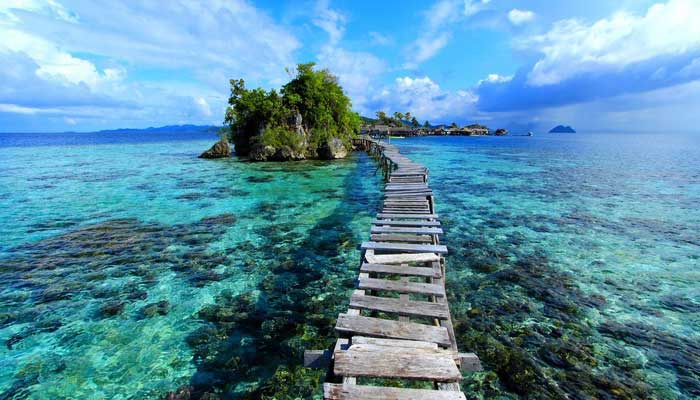 Gorontalo lies on the northern arm of Sulawesi Peninsula, also known as the Minahasa Peninsula. The province has an elongated shape area, stretching from west to east almost horizontally on a map, with a total area of 11,257.07 km2 (4,346.38 sq mi). To the north and the south of the province lies the Sulawesi Sea and the Gulf of Gorontalo or known as Gulf of Tomini, respectively. 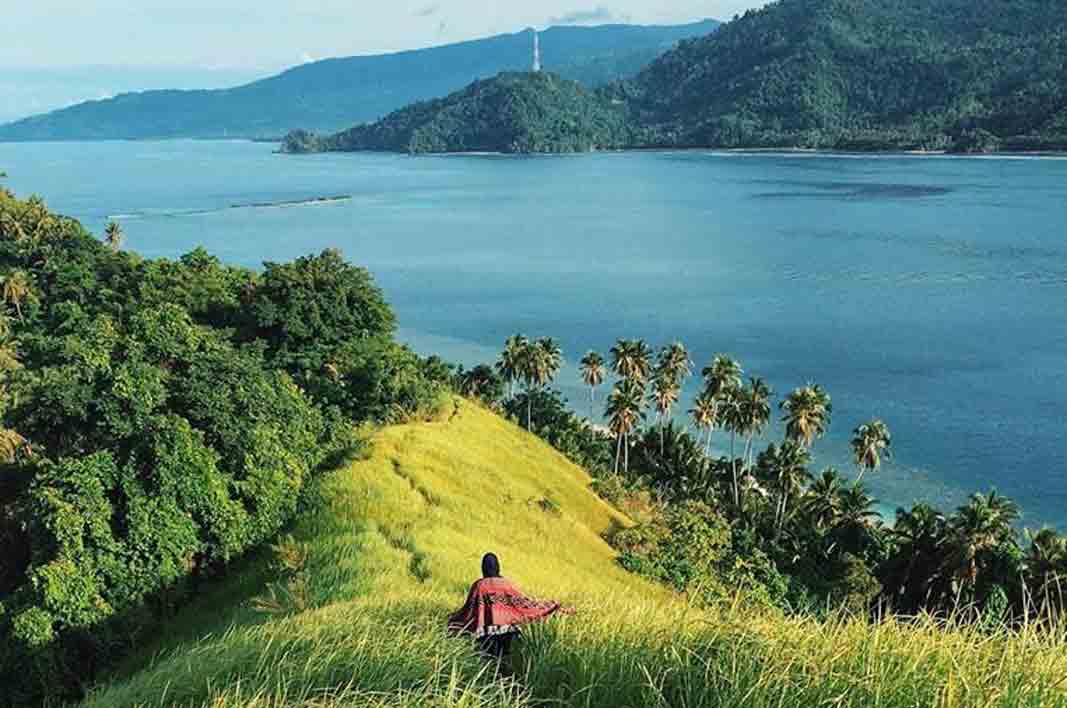 Topographically, the province is relatively low (0–40o), with the elevation ranging between 0–2,400 m (7,900 ft) above sea level. Its coastline length is more than 590 km (370 mi). Counting the Exclusive Economic Zone to the north where Philippines is at the border, the total sea area of the province is more than 50,500 km2 (19,500 sq mi). There are some small islands around the north and the south of the province, 67 of which have been identified and named. 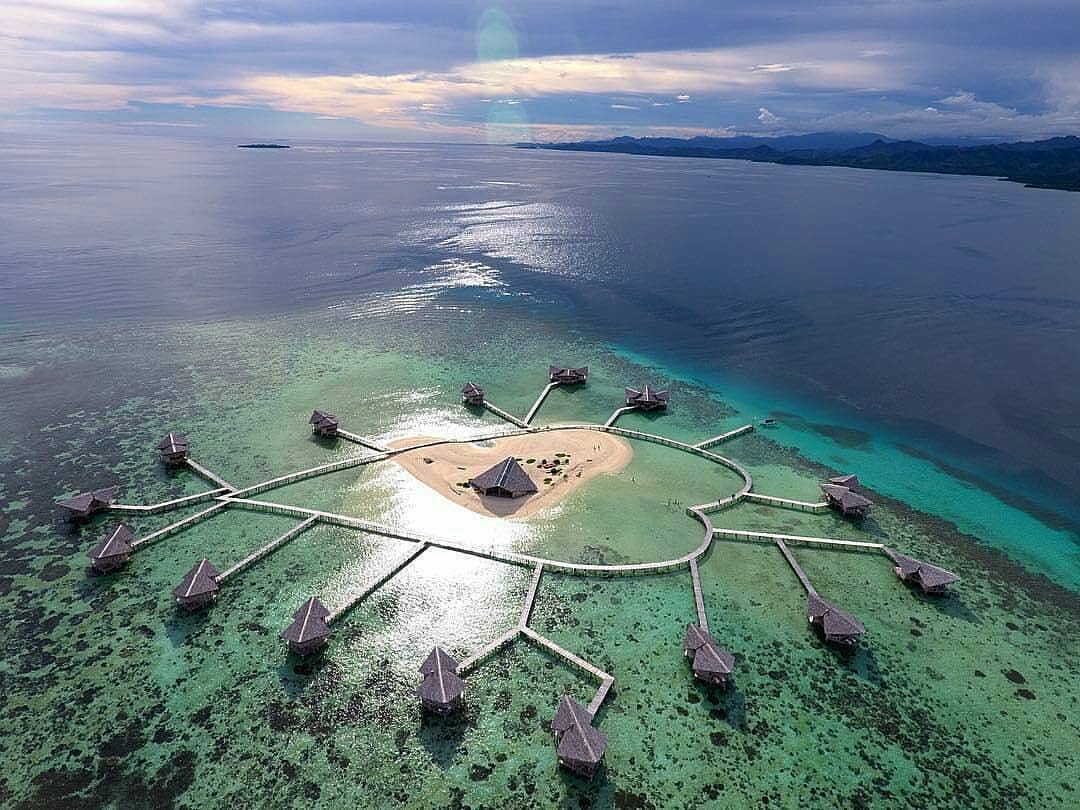 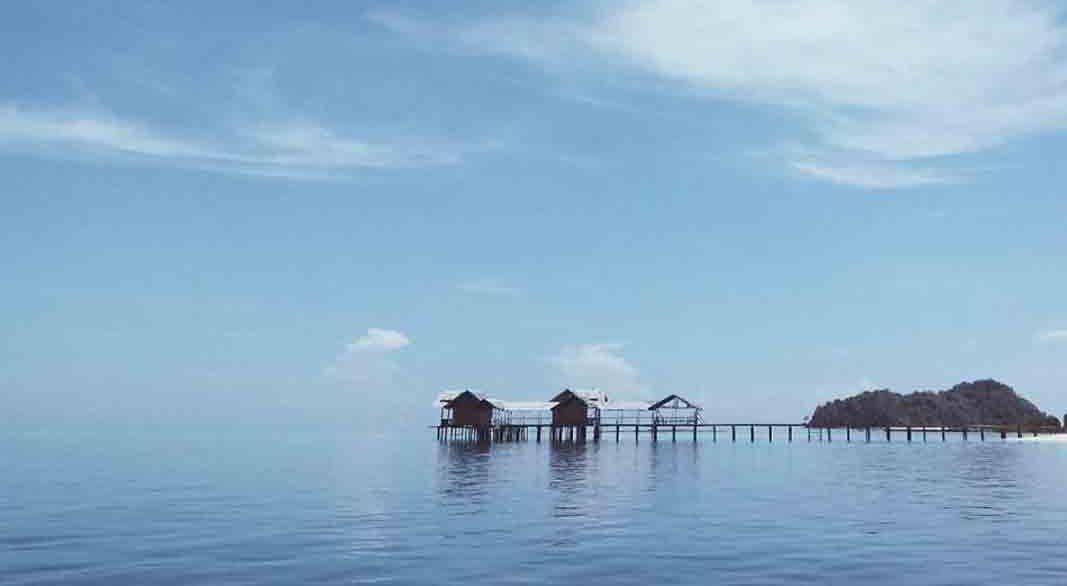 Gorontalo Province has relatively high air humidity, the average humidity in 2013 reached 86.5% percent. Whereas the highest rainfall occurs in May, which is 307.9 mm but the highest number of rainy days is in July and December, which is 24 day 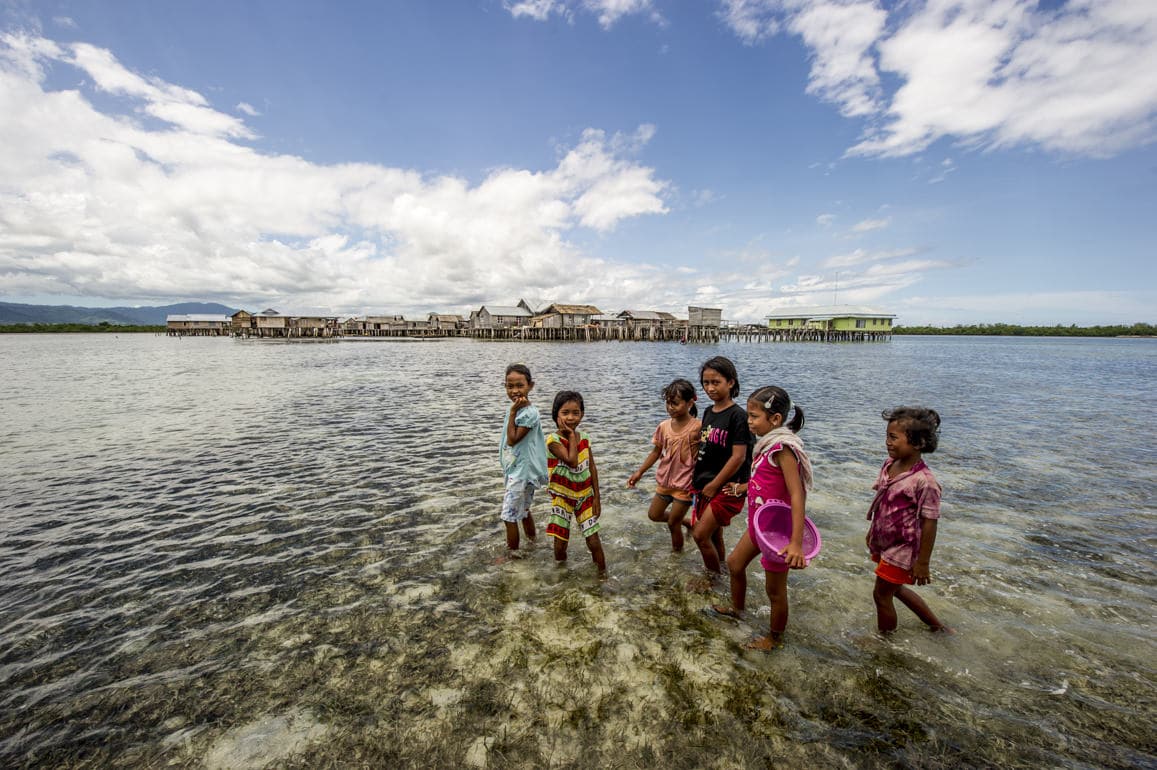 Ethnicity. The Gorontaloan people forms the majority of the population in the province. They are spread from North Sulawesi in the east towards Central Sulawesi in the west. The Sama-Bajau people are sea nomads, and they lived in villages at the coast of Gorontalo. Other ethnic groups are mostly immigrants from other parts of Indonesia, such as the Javanese and the Bugis.

Religion. Like many Indonesian provinces, Islam is the majority religion adopted by the people of Gorontalo. Based on the 2021 population census, 98,02% were adherents of Islam. 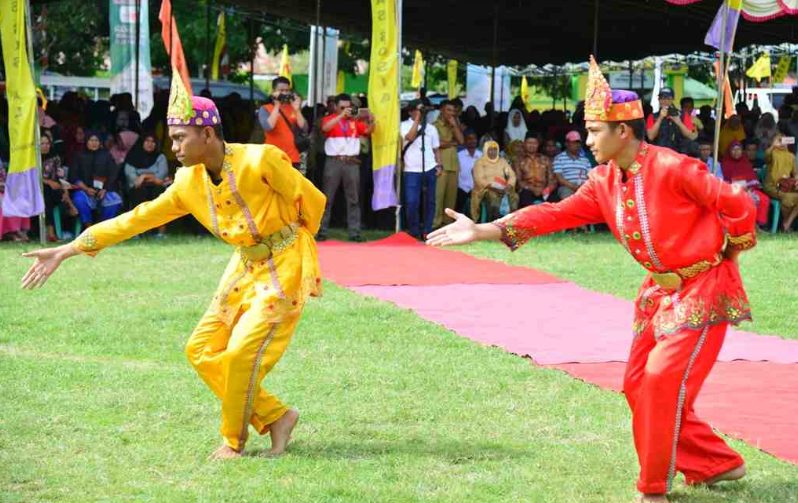 We can also see the distinctive characteristics of Gorontalo in the cultural aspects, including; typical foods, traditional houses, arts, and handicrafts such as filigree or woven basket skullcaps made of rattan called karanji upiya. The Gorontaloan people also recognize various ceremonies as traditions, such as the traditional ceremony of opening fields or known as Momuo Oayuwa, a ceremony for soil fertility known as Mopoahuta. The ceremony to request rain is called the Mohiledidi. 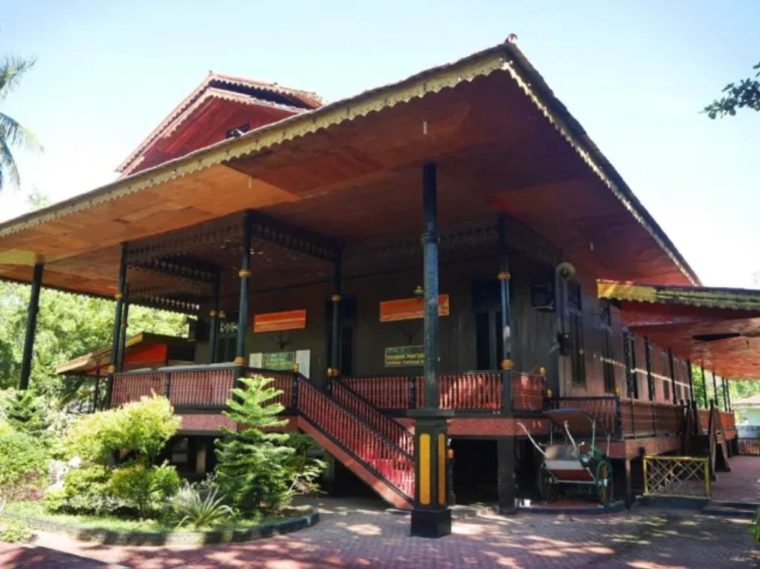 Dulohupa. In Gorontaloan language, Dulohupa means “Consensus”. The name is in accordance with the functions of this traditional house which is often used to deliberate to reach consensus in traditional cases during the reign of Gorontalo kings in the past. Dulohupa’s house is also used as a place to try someone who commits a crime. 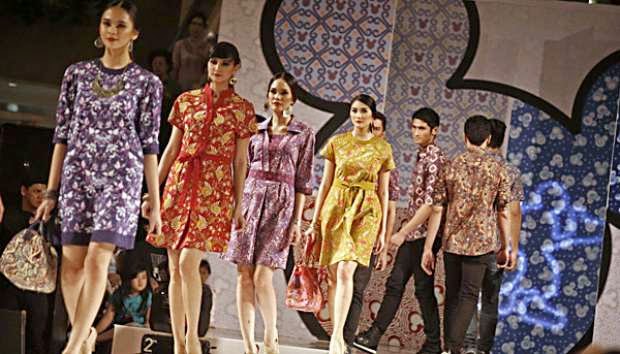 Handycrafts. Gorontaloan society has a characteristic “sandang” or clothing with accessories that complement it. The typical handicrafts of the people of Gorontalo are:

– Upiya Karanji or Songkok Gorontalo, this songkok is made of rattan woven and is very comfortable to use because it has very good air circulation. The 4th President of Indonesia, Abdurrahman Wahid, or better known as Gus dur, was known to often use Gorontalo Songkok.

– Sulaman Karawo or Sulaman Kerawang, Gorontalo’s unique embroidery is a distinctive cultural property and of high artistic value. Now Karawo’s embroidery is not only in demand in the country but also abroad.

– Gorontalo Batik. Gorontalo Batik is basically the same as Batik in general, which distinguishes it only from the motifs or patterns contained in the batik cloth itself. 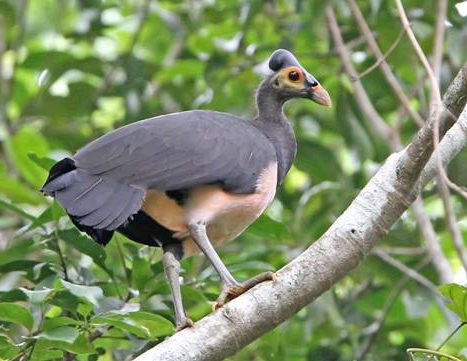 Gorontalo consists mostly of mountainous areas that stretch from north to south of the province. The Gorontaloan mountains and forests are homes for unique flora and fauna. Anoa, Tarsius, Maleo, and Babirusa are among the rare species that can be found here.

Maleo, for example, is a bird species whose eggs are larger than their own body. While Tarsius is the smallest primate in the world, but has a length of about 10 cm. Examples of trees native to Gorontalo are Ebon, Lingua, Nantu, Meranti, and Rattan Trees. 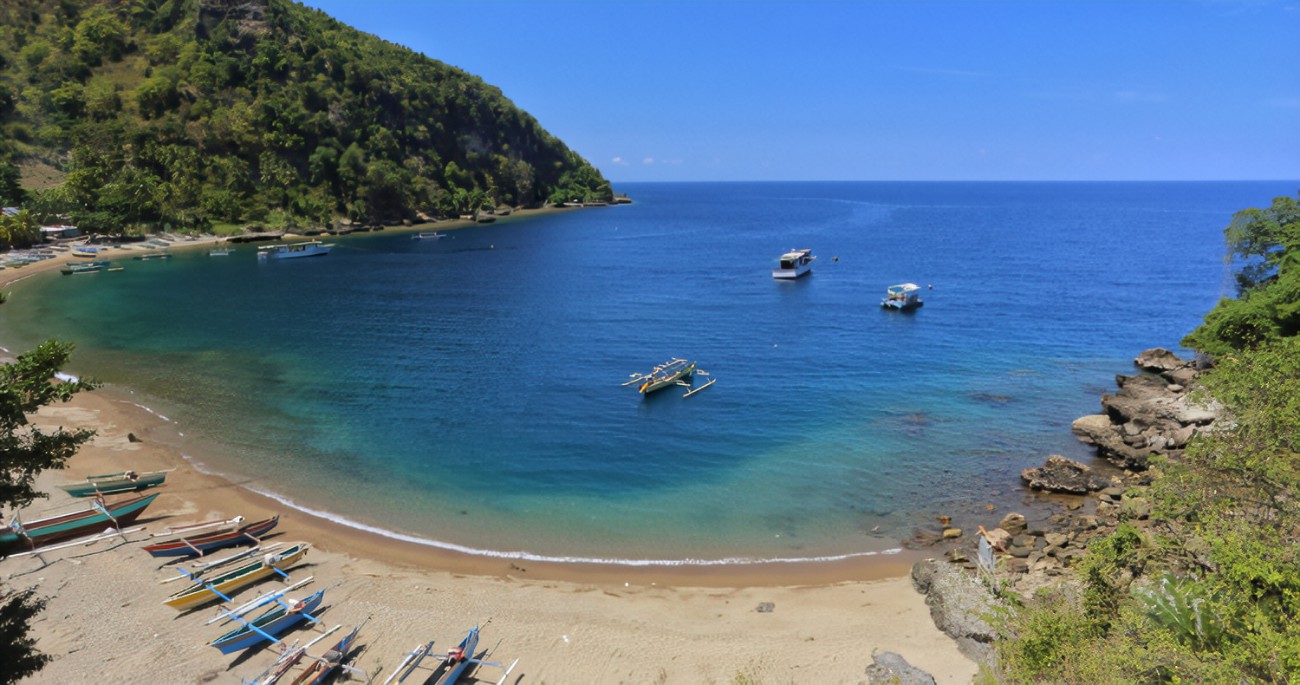 In the southern part of Gorontalo, namely in the Gulf of Tomini, there are several small islands and uninhabitedscattered. Tomini Bay is crossed by the equator and is naturally inhabited by various types of marine animals. Because of this, Gulf of Tomini is a paradise for divers. Tourist spots in Gorontalo include the following:

Pulo Cinta or “Love Island” in English is located in Boalemo Regency. This heart-shaped island is equipped with several very exclusive floating resorts, and certainly shows the exoticism of the charming clear sea. Pulo Cinta has become a destination for both local and foreign travelers, and often dubbed as “Maldives van Gorontalo”.

Saronde Island is Indonesia’s flagship International Tourism in Gorontalo Province, located in Kwandang, North Gorontalo. Saronde Island is known for its white sand beaches, clear water and its surrounding coral reefs. Every year, this island is a stopover for yachts from all over the world. In addition to Saronde, there are 3 other nearby islands, namely Bogisa, Mohinggito, and Lampu islands.

Olele Marine Park is one of the leading International Underwater Paradise of foreign divers in Bone Bolango Regency. This marine park is also well known to European divers. Olele Marine Park is famous for the uniqueness of Salvador Dalí Sponge, a species of sponge that cannot be found in any other marine parks in the world, even the marine park on Bunaken National Park in North Sulawesi does not have this type of sponge. This sponge is named Salvador Dalí because its physical appearance resembles a painting by Salvador Dalí. 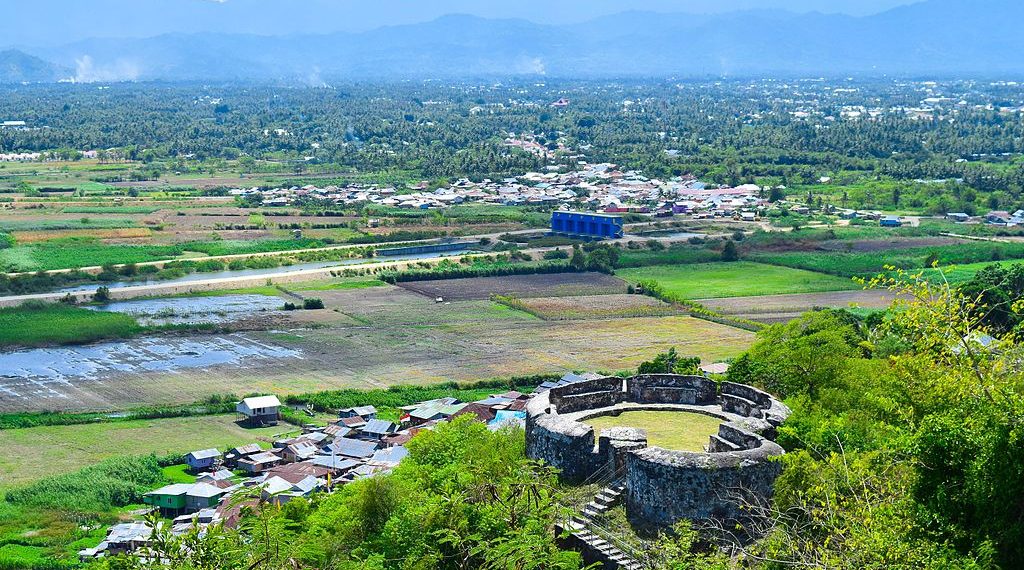 Fort Otanaha. In the past this was a legacy of former Portuguese colonization. Fort Otanaha, used by the Gorontalo Kings as a place of protection and defense. The uniqueness of the visible fort is the material used to build a mixture of sand, plaster, and egg white forts.

The view of Lake Limboto can be seen clearly from here, because it is located on a plateau. Precisely, in Dembe I, Kota Barat, about 8 km from downtown Gorontalo. There are two more forts located in the same area, namely Otahiya and Ulupahu Palace. Visitors must pass 345 steps to reach it.

Lake Limboto is a large lake located in Gorontalo Regency. The lake with an area of around 3,000 hectares is the estuary of five major rivers, namely the Bone Bolango River, Alo River, Daenaa River, Bionga River and Molalahu River.