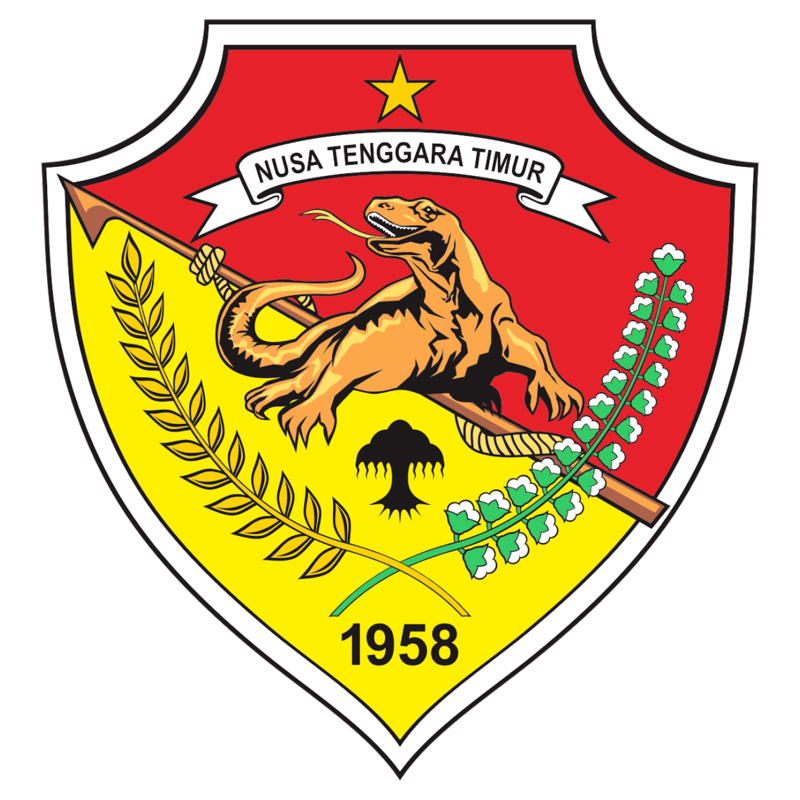 East Nusa Tenggara (Indonesian: Nusa Tenggara Timur – NTT) is the southernmost province of Indonesia. It comprises the eastern portion of the Lesser Sunda Islands, facing the Indian Ocean in the south and the Flores Sea in the north. It consists of more than 500 islands, with the largest ones being Sumba, Flores, and the western part of Timor; the latter shares a land border with the separate nation of East Timor. The province is subdivided into twenty-one regencies and the regency-level city of Kupang, which is the capital and largest city.

A Christian-majority region, East Nusa Tenggara is the only Indonesian province where Roman Catholicism is the predominant religion. The province has a total area of 47,931.54 km2 and a population of 5,325,566 (2020 Census).[7] Economically, East Nusa Tenggara still remains one of the least developed provinces in Indonesia. It currently focuses on expanding the tourism sector, with the most well-known attractions including Labuan Bajo, Komodo National Park, and Mount Kelimutu.

After the declaration of Indonesian independence in 1945, the eastern part of Indonesia declared the State of East Indonesia. The state was further included in the United States of Indonesia as part of the agreement with the Dutch contained in the transfer of its sovereignty to Indonesia in 1949.

In 1950, United States of Indonesia dissolved itself into a unitary state and began to divide its component area into provinces. In 1958, by Indonesian law (Undang-Undang) No. 64/1958, three provinces were established in the Lesser Sunda Islands, namely Bali, West Nusa Tenggara and East Nusa Tenggara. The area of East Nusa Tenggara province included the western part of Timor island, Flores, Sumba and other several small islands in the region. The province was sub-divided into twelve regencies and the City of Kupang, which had regency-level status.

Following the fall of the Suharto regime in 1998 and the passage of a new regional autonomy law, there was a dramatic proliferation (known as pemekaran) of regional governments across Indonesia (at both provincial and regency level). Several new regencies were created in East Nusa Tenggara by the division of existing regencies:

+ In 1999, the new Lembata Regency was formed after the division of the East Flores Regency.
+ In 2002, Rote and Ndao Islands were split off from Kupang Regency, to form a new Rote Ndao Regency.
+ In 2003, Manggarai Regency was split into two and a new West Manggarai Regency was established.
+ In 2007, the administration of East Nusa Tenggara province was expanded by the establishment of four new regencies – Central Sumba and Southwest Sumba (both cut out of West Sumba Regency), Nagekeo (cut out of Ngada Regency) and East Manggarai (cut out of Manggarai Regency).
+ In October 2008 a further regency – Sabu Raijua (comprising the Savu Islands group) – was formed from part of the remaining Kupang Regency.
+ In December 2012 yet another regency – Malaka – was created out of the southern half of Belu Regency. 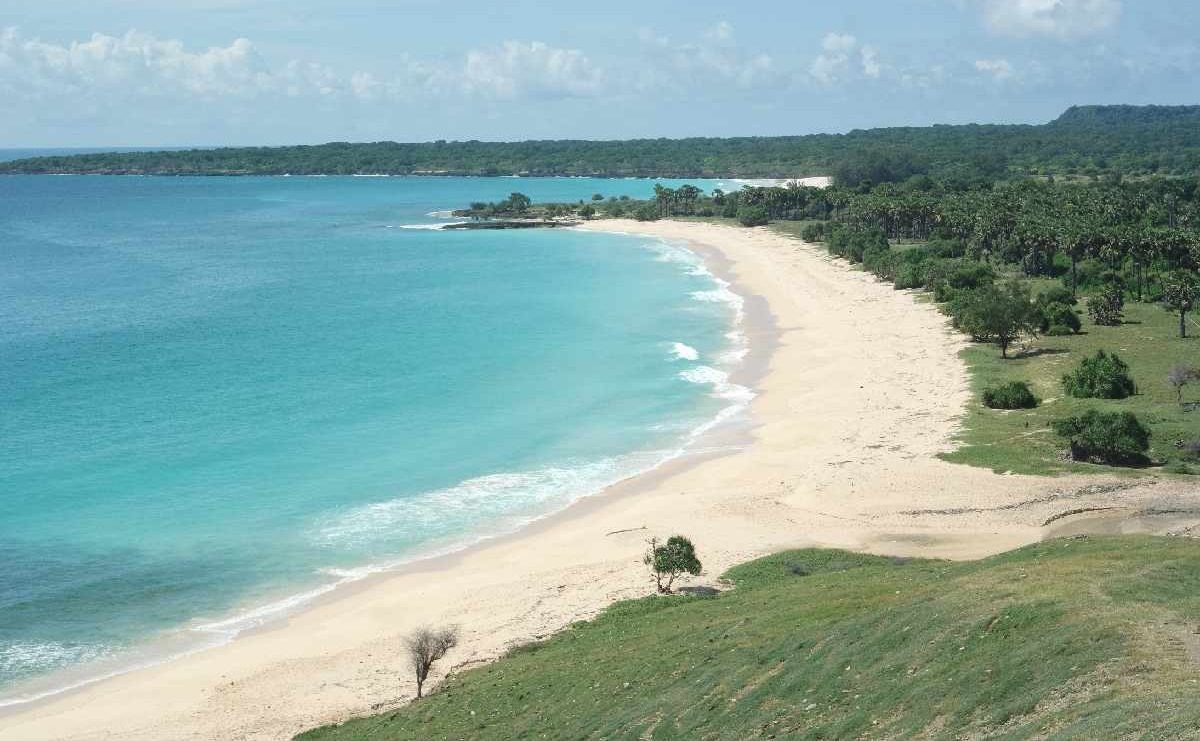 Located in the east of Lesser Sunda Islands, East Nusa Tenggara faces the Indian Ocean in the south and the Flores Sea in the north. The province is bordered by other provinces, in the west by West Nusa Tenggara and in the east by East Timor and southern part of Maluku.

The province consists of about 566 islands, the largest and most dominant are Flores, Sumba, and the western part of Timor. The smaller islands include Adonara, Alor, Komodo, Lembata (formerly called Lomblen), Menipo, Raijua, Rincah, Rote Island (the southernmost island in Indonesia), Savu, Semau, and Solor.

The highest point in the province is Mount Mutis in the South Central Timor Regency, 2,427 meters above sea level. 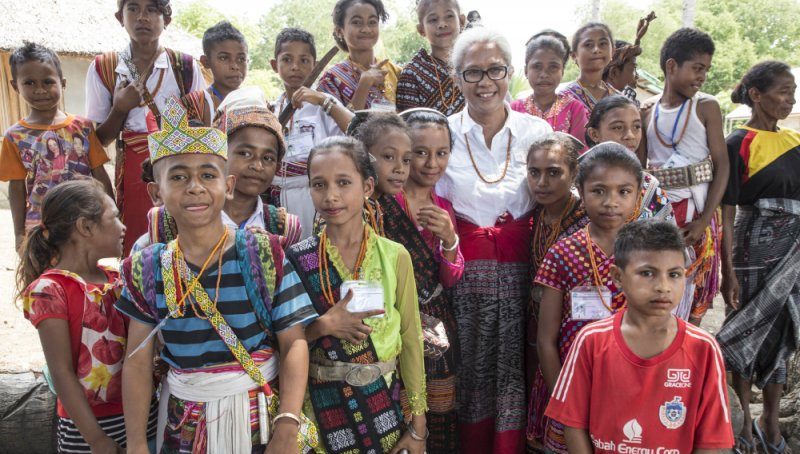 The secondary school enrolment rate of 39% is dramatically below the Indonesian average (80% in 2003/04, according to UNESCO). Lack of clean drinking water, sanitation, and health facilities means that child malnutrition (32%) and child mortality (71 per 1000) are higher than in most of the rest of Indonesia.

Maternal and infant mortality are high partly because of poor access to health facilities in isolated rural areas. Malaria is a significant problem in parts of the province with the result that the rate of infant mortality caused by malaria, in recent years, has been the highest across Indonesia. 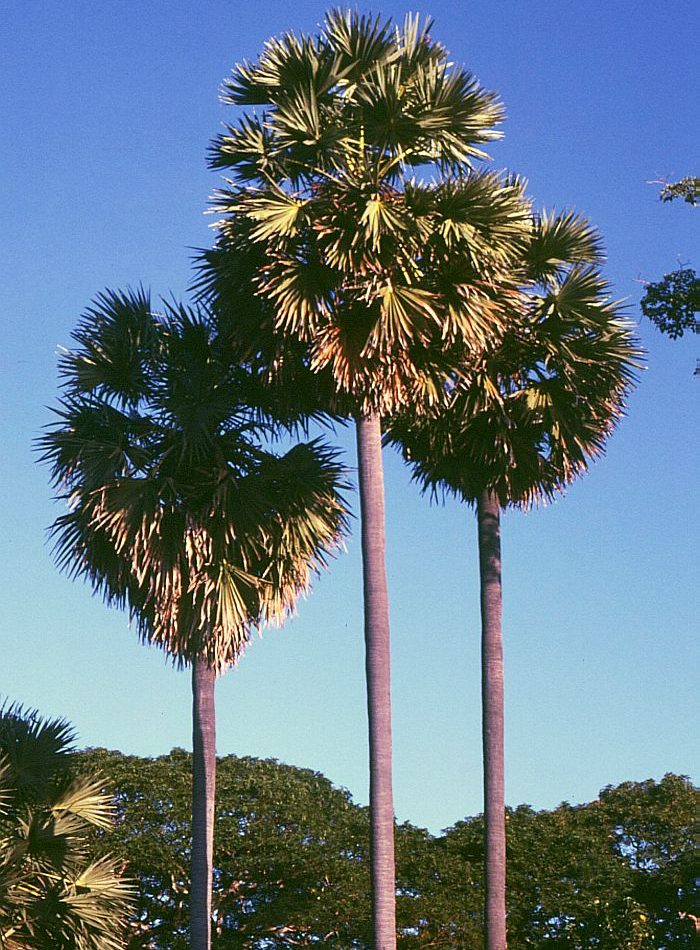 The main part of the economic activity in the province is subsistence agriculture. Important local crops include corn and some smallholder plantation crops such as coffee. In some places such as Sumba, the lontar palm (Borassus flabellifer) dominates local agricultural activities and is a very important part of the local economy. In these areas, the lontar palm provides timber and thatching as well as food in the form of fruits, and palm sugar which is obtained by tapping the fruit stems.

The sugary sap can be used to make alcoholic drinks. In other parts of the province such as West Manggarai, the sugar palm (Arenga pinnata) has a useful role in the local economy. The degree of mechanization in agriculture is low. Large animals (buffaloes, horses) are widely used throughout the province. 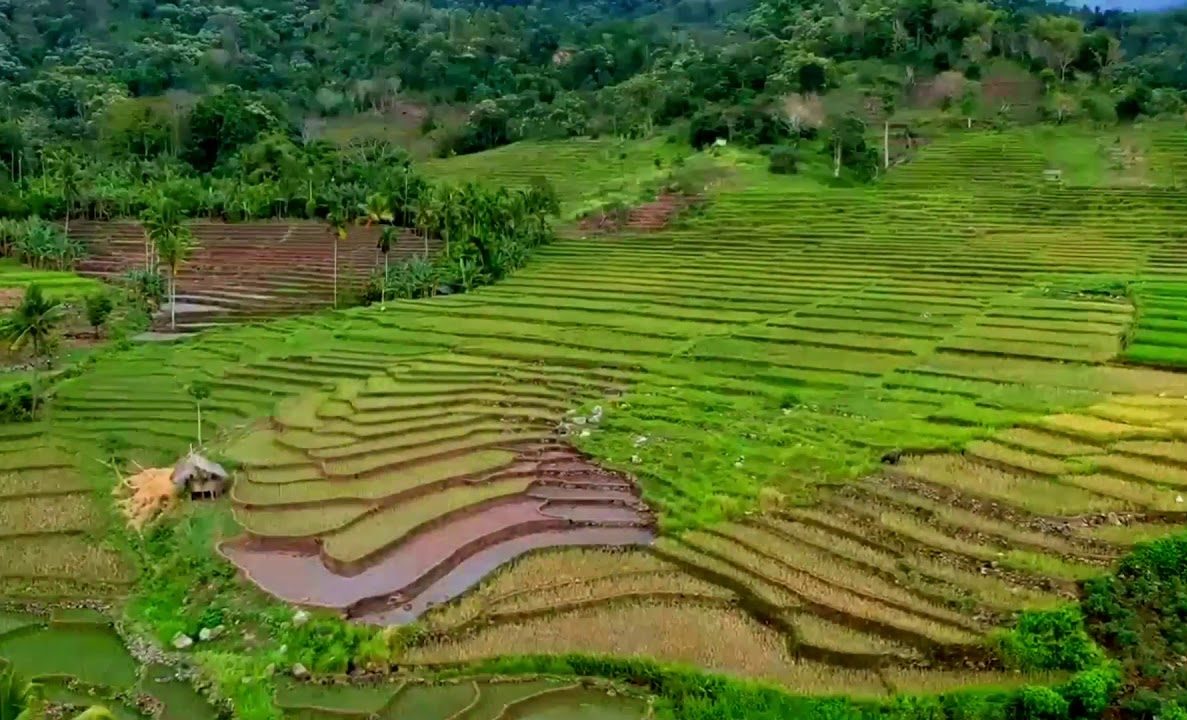 A significant part of the economic activity in the province involves the development of natural resources, including forestry and numerous local mining ventures. Some of the activity is controversial, however, because regulatory controls over the use of natural resources are not always effective. There have been disputes in some areas over the use of land. Manganese mining, for example, in the central part of the island of Timor has been controversial. Nearby, in the Mount Mutis area to the east of Kupang, amongst some local groups there is a concern at the way local resources are being developed by mining companies. 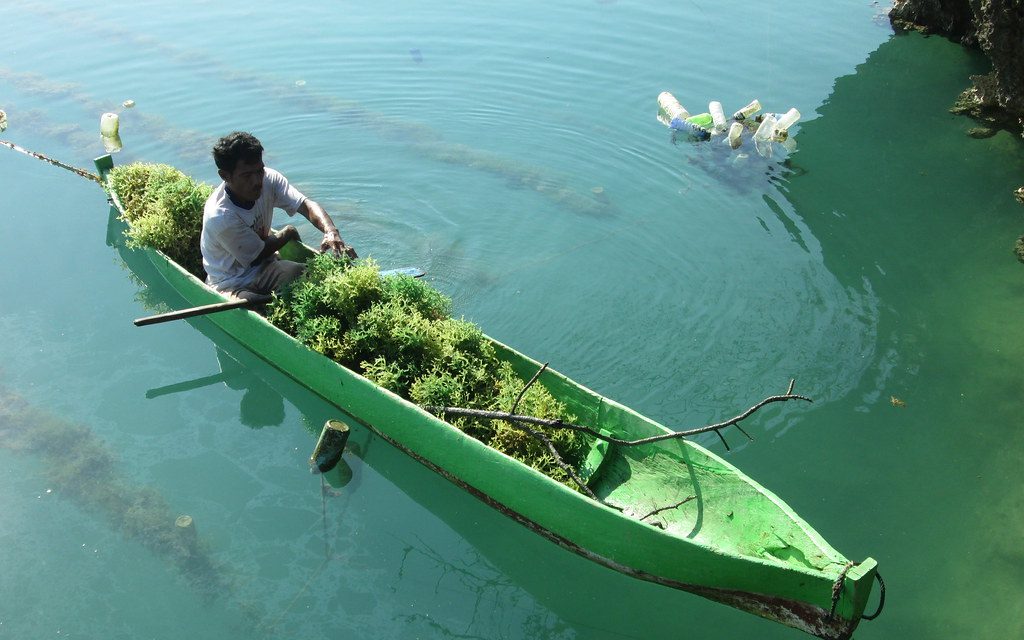 There is also significant activity in the informal mining sector. Across the province, villagers sometimes exploit localized opportunities to undertake unregulated mining or mineral-based projects. In West Timor, for example, in the South Central Timor Regency, villagers living near the south coast in the Kolbano area south of the town of Soe sometimes collect colored stones which, in turn, are sold to companies that export the stones to countries such as Australia, China, Malaysia, Singapore, and elsewhere.

The cultivation of seaweed is an important activity in some parts of the province. In the Alor Islands, for example, village-based informal cultivation of seaweed helps boost local incomes. Much of the seaweed is exported in unprocessed form, including to countries such as Japan in north Asia. One view is that more needs to be done to encourage further domestic processing of the seaweed to add value before export; however, the local skills and facilities for further processing are not well-developed and it is not clear that a program to encourage further processing would be successful.

+ Komodo Island in Komodo National Park, with the well-known Komodo dragon
+ Kelimutu volcano on Flores which contains 3 striking crater lakes of varying colors
+ Mount Mutis to the east of Kupang, the highest point in the province and an area known for hiking & bird-watching
+ Semana Santa in Larantuka
+ Traditional housing and pasola in Sumba Island
+ Alor Dive in Alor Island Nemberalla Beach in Rote Ndao Pink Beach in Padar island
+ Taman 17 in Riung Island. 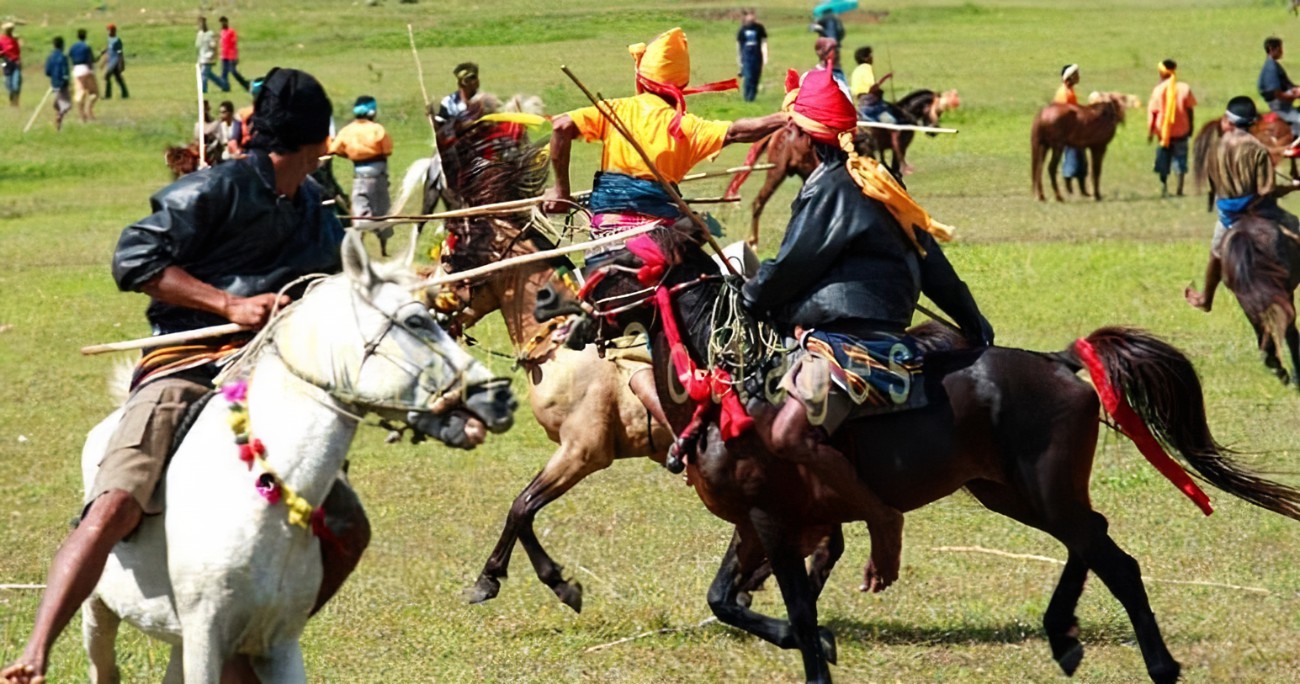 In 2016 East Nusa Tenggara was awarded 6 medals from 10 categories listed in the Anugerah Pesona Indonesia 2016. These were:

Various local community groups in the province work to promote the local tourist industry although, as yet, many of these activities are still somewhat underdeveloped and need strengthening.