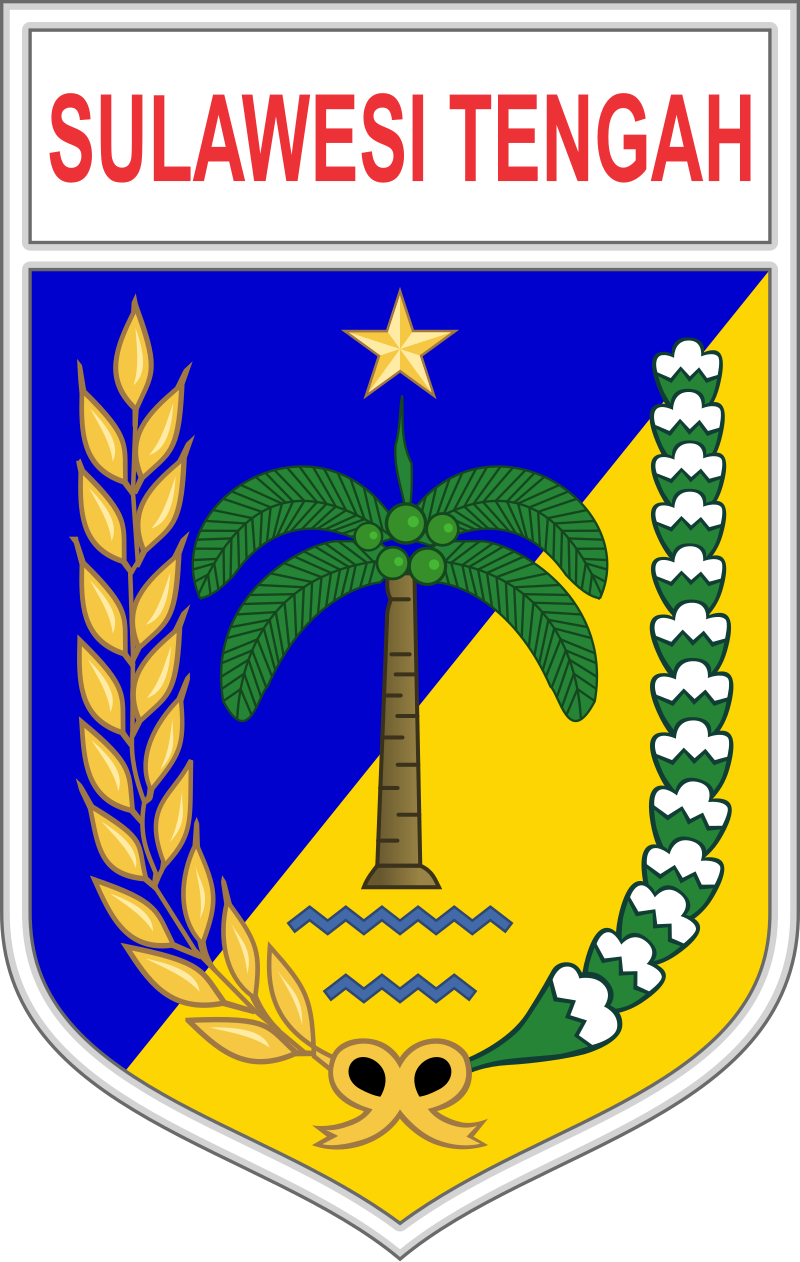 The province is inhabited by many ethnic groups, such as the Kaili, Tolitoli, etc. The official language of the province is Indonesian, which is used for official purposes and inter-ethnic communication, while there are several indigenous language spoken by the Indigenous peoples of Central Sulawesi. Islam is the dominant religion in the province, followed by Christianity which is mostly adhered to by the people in the eastern part of the province.

According to UNICEF, Central Sulawesi is a province with a significant number of young people. As many as 1 million people or 35 percent of the total population in this province are children. More than three out of four children live in rural areas. More than 185,000 children (18.2 percent) live below the provincial poverty line in 2015 (Rp. 11,127 per person per day). However, more households are in a vulnerable position and live with income that is slightly above the poverty line. In addition, three-quarters of children experience deprivation in two dimensions non-income poverty or more, with that inequality striking between urban and rural areas. 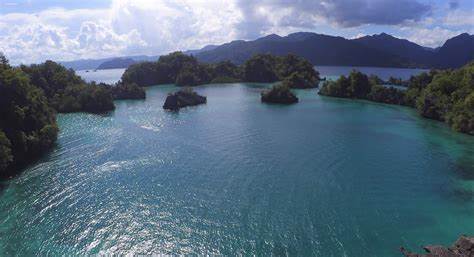 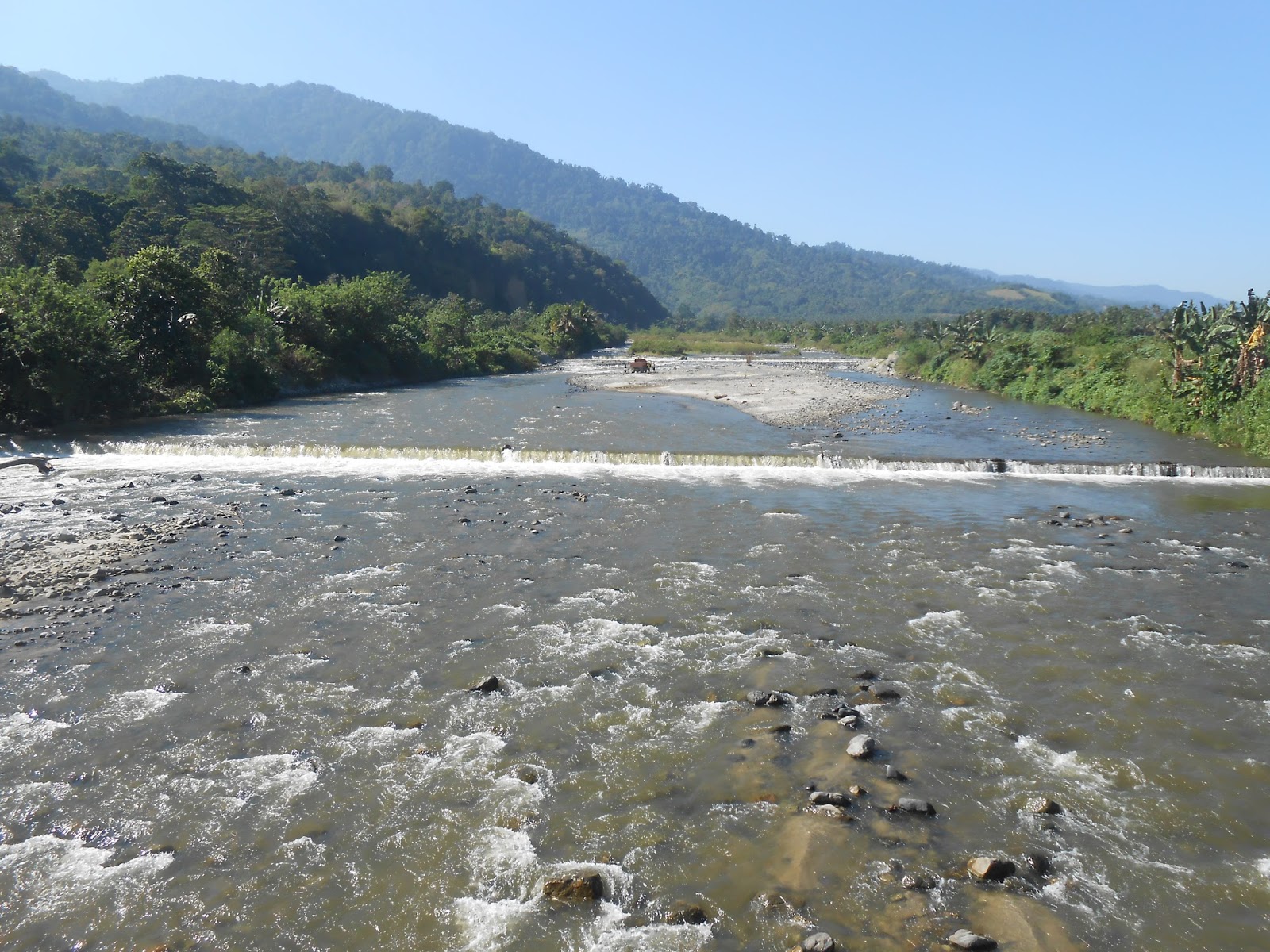 The equator that crosses the northern peninsula in Central Sulawesi makes the climate of this region tropical.

However, it is different from Java and Bali and parts of Sumatra, the rainy season in Central Sulawesi between April and September while the dry season between October and March. 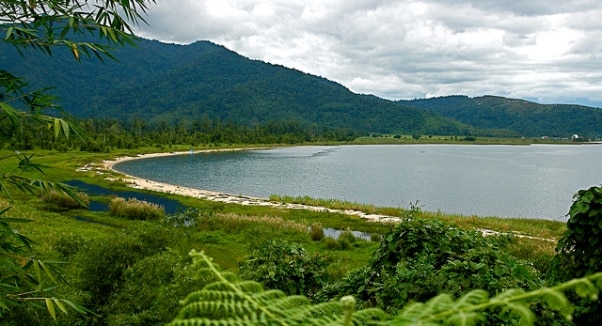 The average rainfall ranges from 800 to 3,000 millimeters per year which includes the lowest rainfall in Indonesia. Temperatures range from 25 to 31 ° Celsius for terrain and beaches with a humidity level of 71 to 76%. In mountainous regions temperatures can reach 16 to 22 ‘Celsius.

Central Sulawesi also has several rivers, including the Lariang River as a rafting arena, Gumbasa river and Palu river. There is also a lake that is a tourist attraction namely Lake Poso and Lake Lindu.

Central Sulawesi has several conservation areas such as nature reserves, wildlife reserves and protected forests that have unique flora and fauna which are also objects of research for scientists and naturalists. 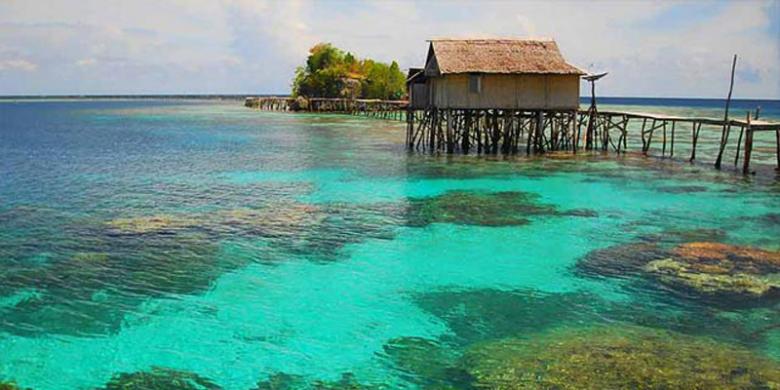 Sulawesi is a unique border zone in the Asia Oceania region, where the flora and fauna differ greatly from the Asian flora and fauna that stretches across Asia with the Borneo border, also different from the Oceania flora and fauna in Australia to New Guinea and Timor. 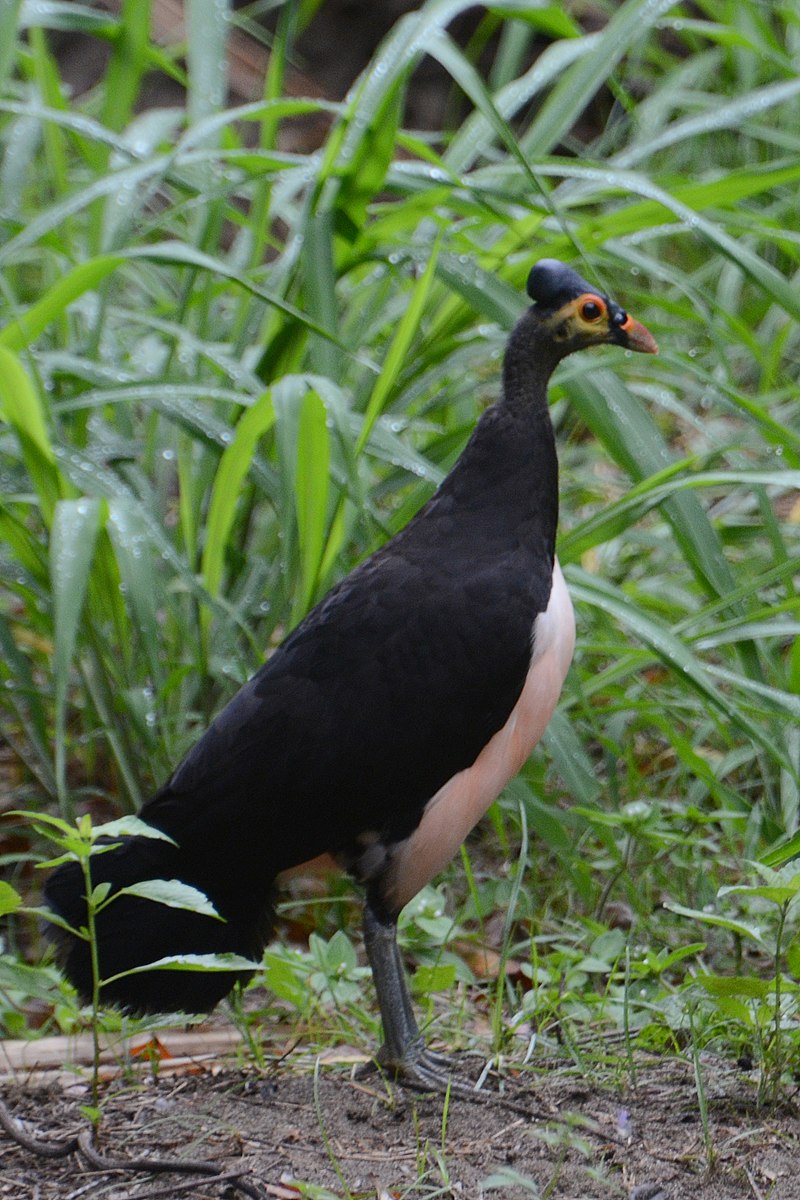 The virtual line that limits this zone is called the Wallace Line, while the peculiarities of flora and fauna are called Wallacea, because this theory was put forward by Alfred Wallace, a British researcher who helped find the theory of evolution with Charles Darwin.


Sulawesi has its own flora and fauna. The island’s unique animals are buffalo-like anoa, babirusa which are slightly hairy and have fangs in their mouths, tertiary, tonkena monkeys Sulawesi, colorful Sulawesi marsupial cuscus which are varieties of marsupials and maleo birds that lay eggs on hot sand.

Sulawesi’s forest also has its own characteristics, dominated by agatis wood which is different from the Great Sunda which is dominated by areca nut (Rhododendron species). The variety of flora and fauna is the object of scientific research and study. 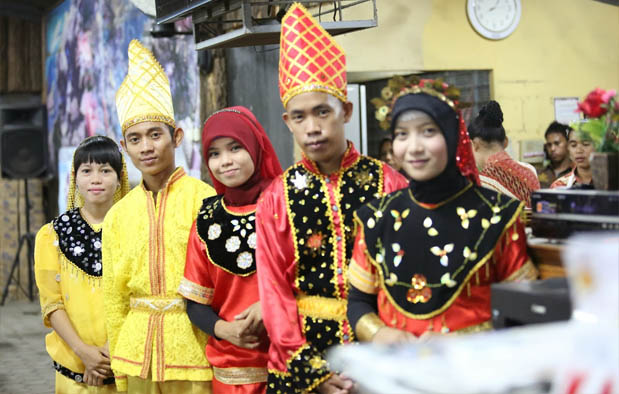 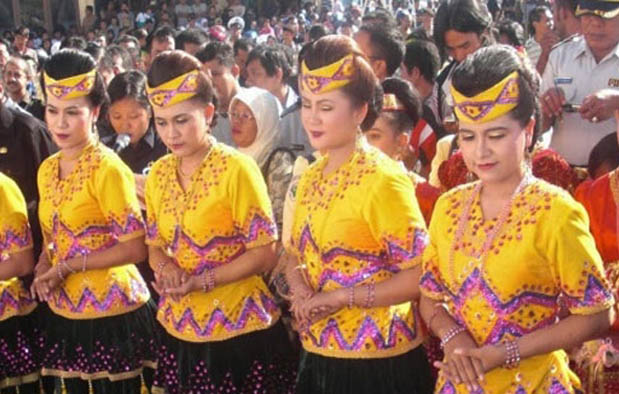 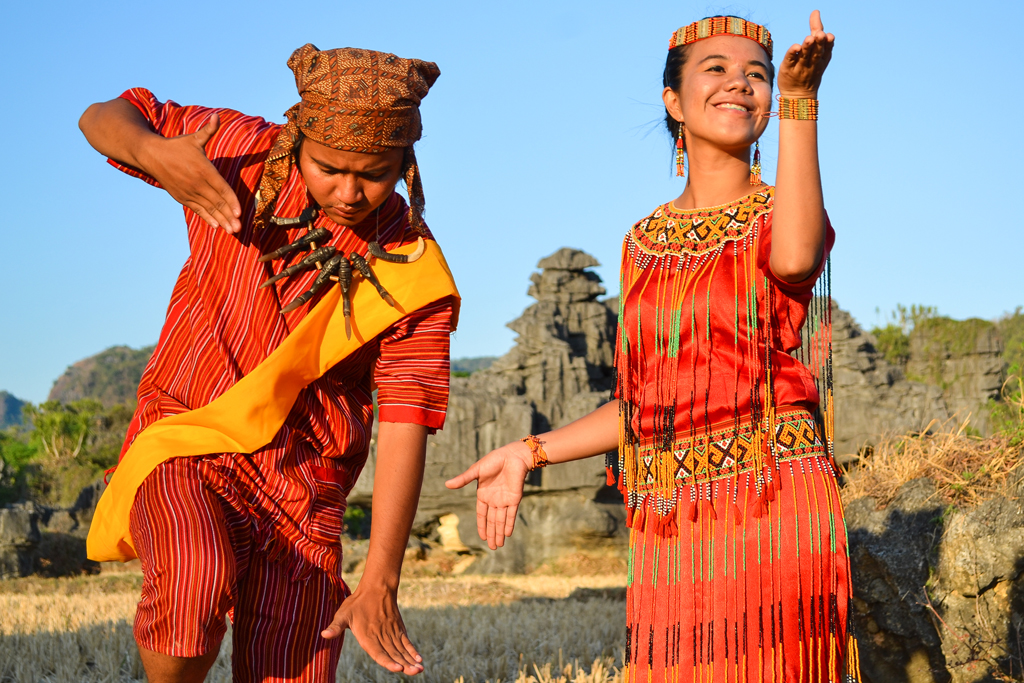 In addition to these nineteen ethnic groups, there are several tribes living in mountainous areas such as the Da’a tribe in Donggala and Sigi, the Wana tribe in Morowali, the Seasea tribe and the Taa tribe in Banggai and the Daya tribe in Buol Tolitoli.

Although the people of Central Sulawesi have around 22 languages that differ from one ethnic group to another, people can communicate with each other using Indonesian Language as a national language and the language of instruction every day. 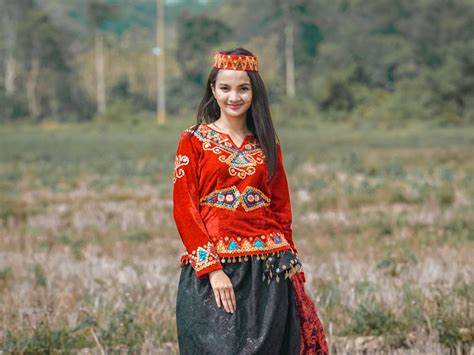 Language. As in other places in Indonesia, Indonesian is the official language used in Central Sulawesi. Indonesian is used in inter-ethnic communication as well as official documents released by the provincial government as well as road signs. The people of Central Sulawesi have around 22 languages that differ from one ethnic group to another, such as Kaili, Pamona, Banggai, etc. All of these languages falls into the Austronesian peoples subgroup. 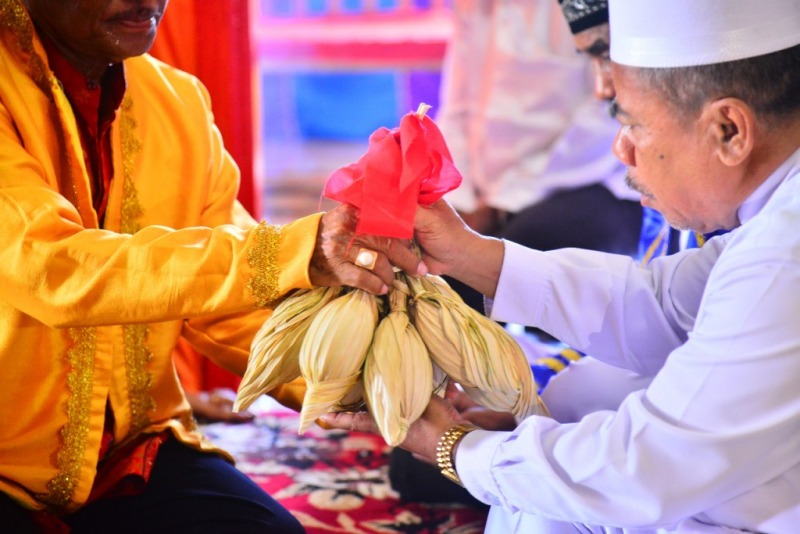 Religion. Most of the inhabitants of Central Sulawesi practice Islam. Recorded in the 2015 census, 76.37% of the population practiced Islam, 16.58% practiced Protestantism, 4.45% practiced Hinduism, Roman Catholicism as much as 1.85%, and Buddhism as much as 0.74%.

Islam was spread in Central Sulawesi by Datuk Karama and Datuk Mangaji, scholars of West Sumatra; which was then forwarded by Al Alimul Allamah Al-Habib As Sayyed Idrus bin Salim Al Djufri, a teacher at the Alkhairaat school and also proposed as a national Hero. One of his grandchildren named Salim Assegaf Al Jufri was a former Indonesian Minister of Social Affairs.

Christianity was first spread in the Poso district and the southern part of Donggala by Dutch missionaries such as Albertus Christiaan Kruyt. Although the majority of the people of Central Sulawesi are Muslim, the level of religious tolerance is very high and a strong spirit of mutual cooperation is part of people’s lives. 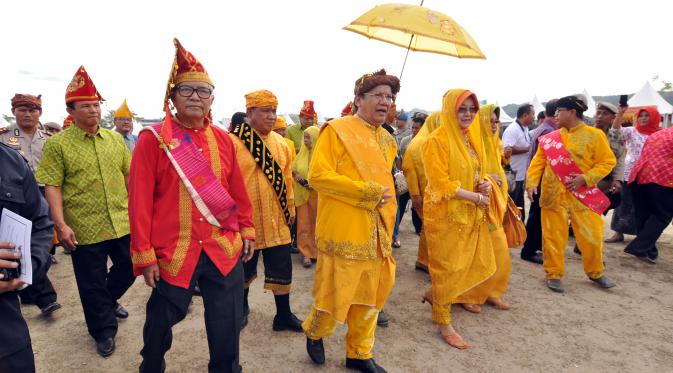 Central Sulawesi is rich in culture inherited from generation to generation. Traditions concerning aspects of life are preserved in people’s daily lives. Old beliefs are cultural heritage that are maintained and carried out in several forms with various modern influences and religious influences. 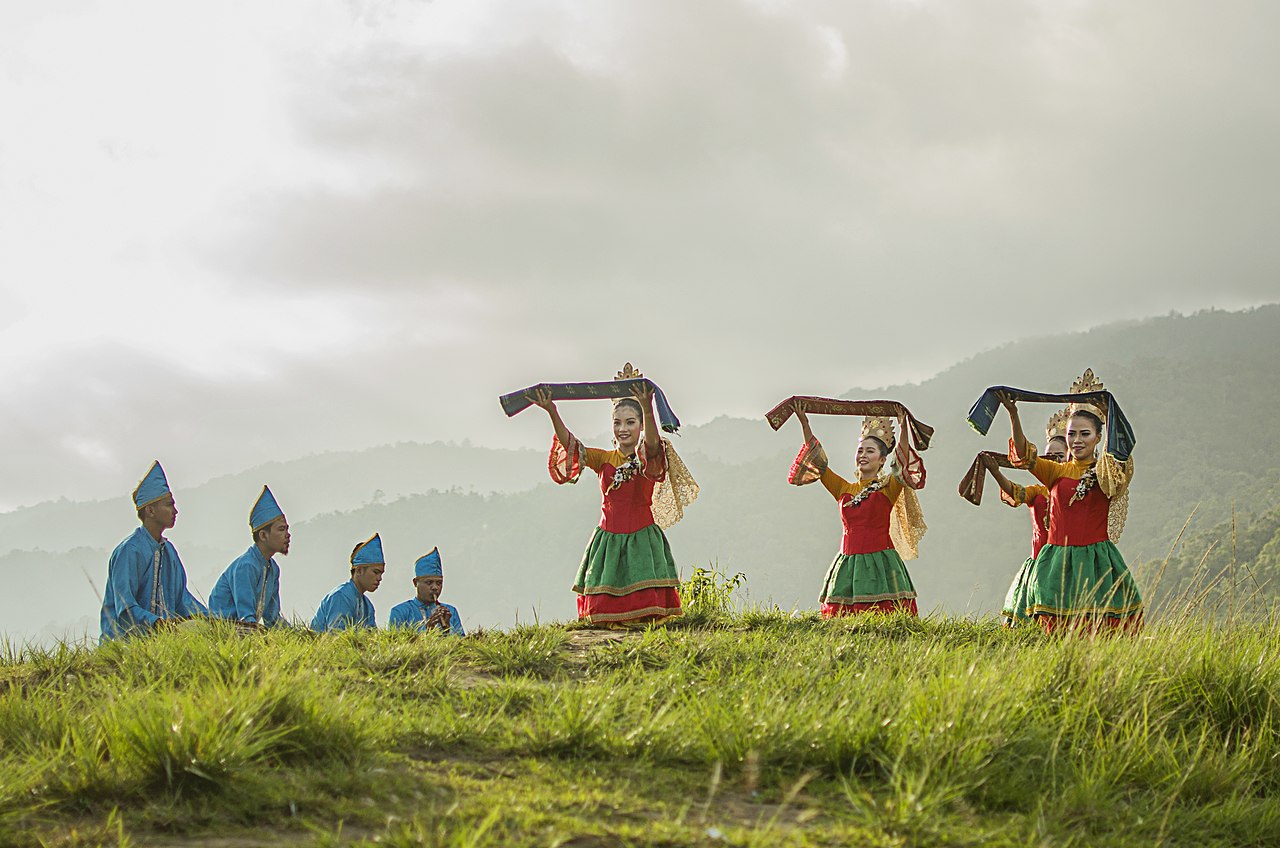 Because many ethnic groups inhabit Central Sulawesi, there are also many differences between these ethnic groups which are harmonious peculiarities in society. Those who live on the western coast of Donggala Regency have mixed with Bugis people from South Sulawesi and the people of Gorontalo.

In the eastern part of Sulawesi, there are also strong influences from Gorontalo and Manado, seen from the Luwuk regional dialect and the distribution of the Gorontaloan people in Bualemo sub-district which is quite dominant. 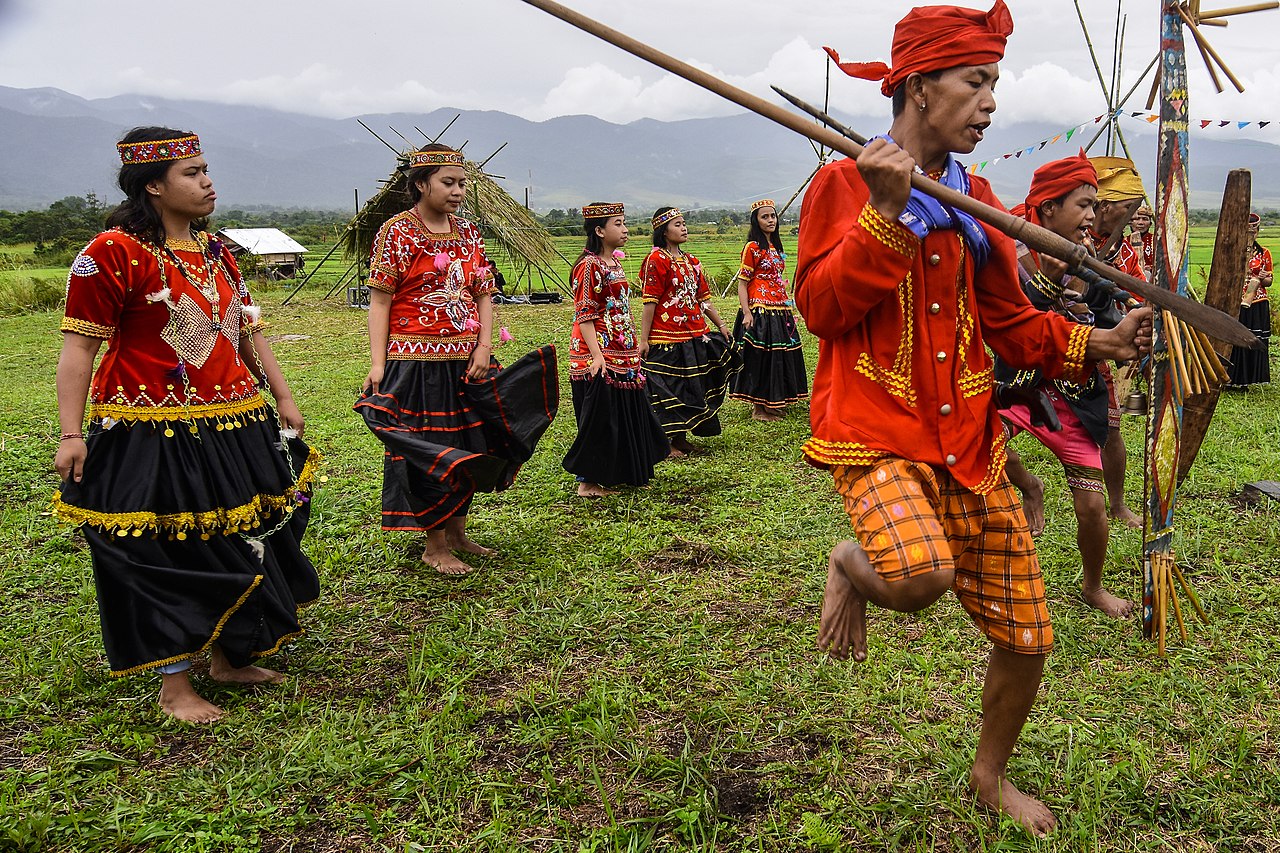 There are also influences from West Sumatra as seen in the wedding ceremony decorations. Donggala Regency has a tradition of weaving fabrics inherited from Hindu times. Weaving centers are in Donggala Kodi, Watusampu, Palu, Tawaeli and Banawa. Double tie weaving systems, which are special techniques patterned in Bali, India and Japan, can still be found.

While the mountain tribes has its own culture that is much influenced by the Toraja people in South Sulawesi. However, tradition, customs, clothing models and house architecture are different from Toraja, as an example is that they use banyan skin as a body warmer clothes.

The traditional Central Sulawesi house is made of poles and wooden walls that have thatched roofs and only have one large space. Lobo or duhunga is a shared space or hall that is used for festivals or ceremonies, while Tambi is a residence. Apart from the house, there is also a rice barn called Gampiri. 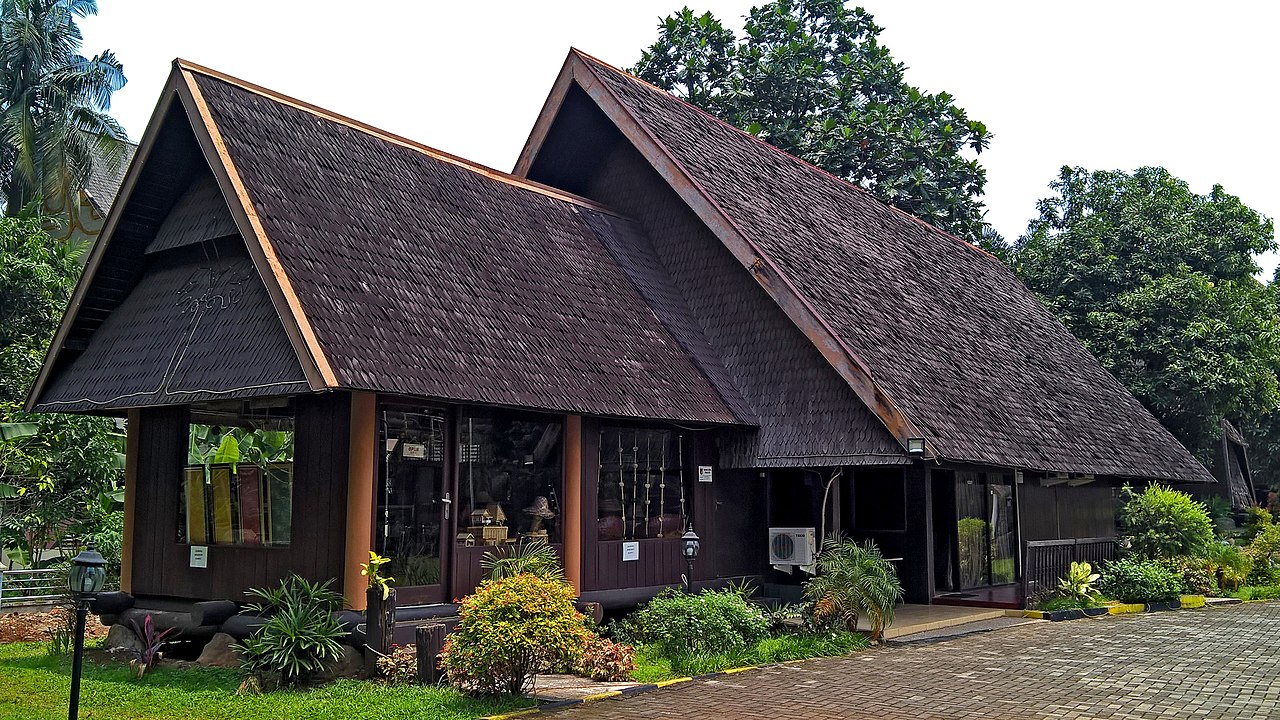 Buya or sarong like a European model, up to the waist and keraba, a kind of blouse equipped with gold thread. The rope or crown on the head is thought to be the influence of the European empire. The banjara shirt embroidered with gold thread is a men’s shirt that is up to knee length. Silk dressers or sarongs stretching along the chest to shoulders, colorful crowns of heads and machetes slipped around the waist complement traditional clothing. 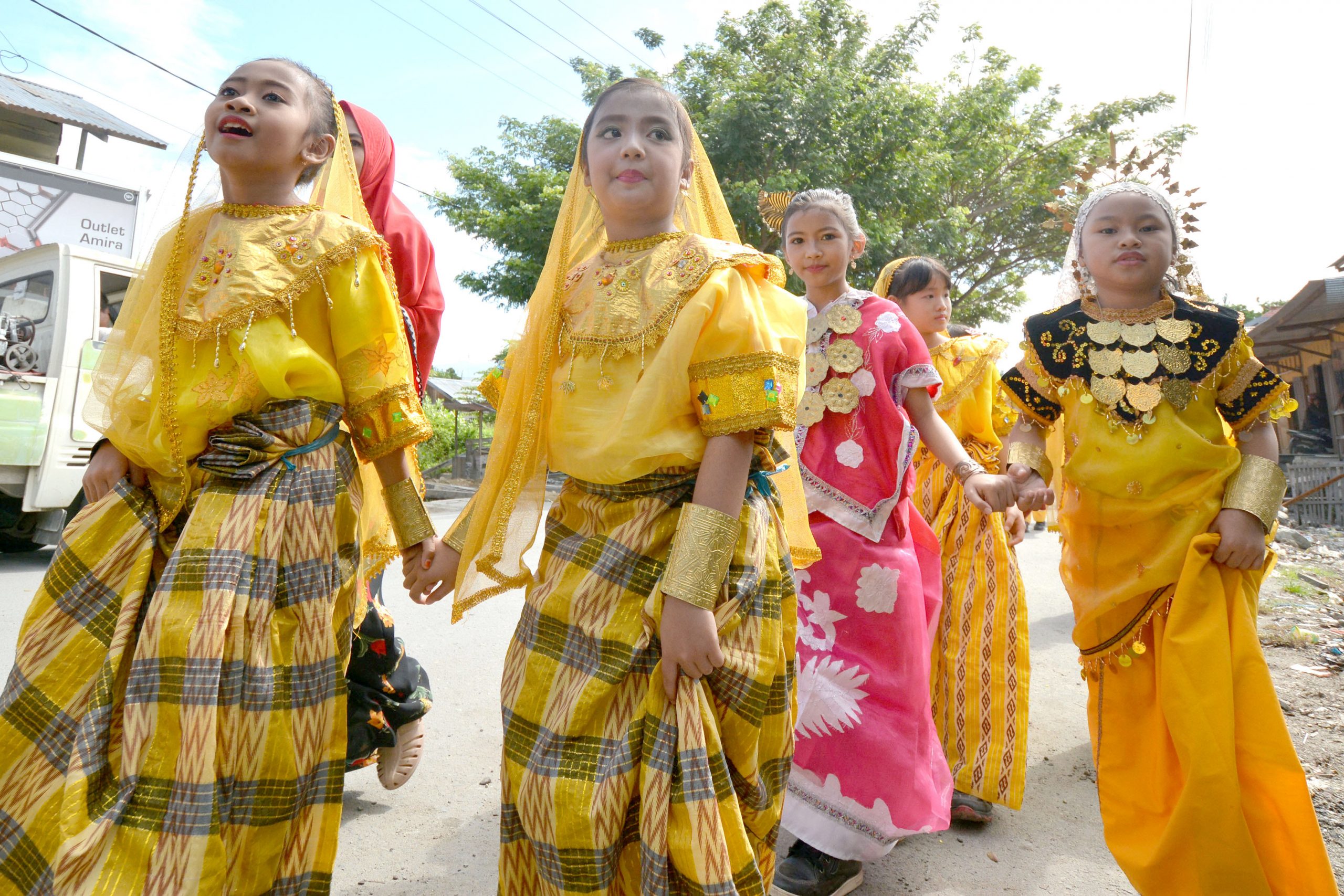 Music and dance in Central Sulawesi varies between regions. Traditional music has instruments such as Gongs, kakula, lalove and jimbe. This musical instrument functions more as entertainment and not as part of religious rituals. In the Kaili ethnic area around the west coast – Waino – traditional music – is displayed when there is a death ceremony. 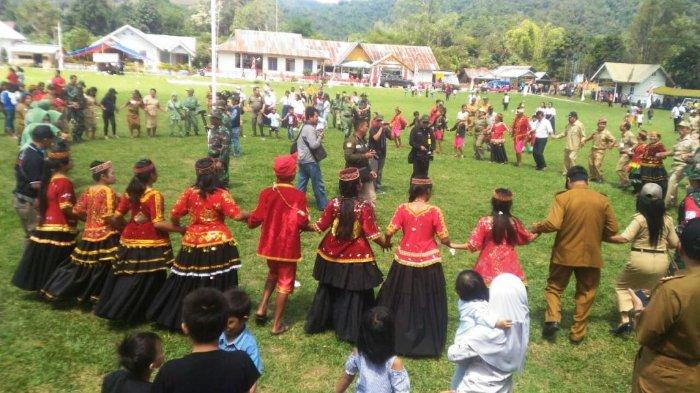 This art has been developed in a more popular form for young people as a means of finding partners in a crowd. Many dances come from religious beliefs and are displayed during festivals.

The famous community dance is Dero from the Pamona people, Poso Regency and then followed by the Kulawi people, Donggala Regency. Special dero dances are displayed during the harvest season, guest welcoming ceremonies, thanksgiving and certain holidays. Dero is a dance where men and women hold hands and form a circle. This dance is not an ancestral inheritance but was a habit during the Japanese occupation of Indonesia during World War II. This dance is a traditional dance from Central Sulawesi.

The province of Central Sulawesi is divided into 12 (twelve) regencies (kabupaten) and 1 (one) city (kota), 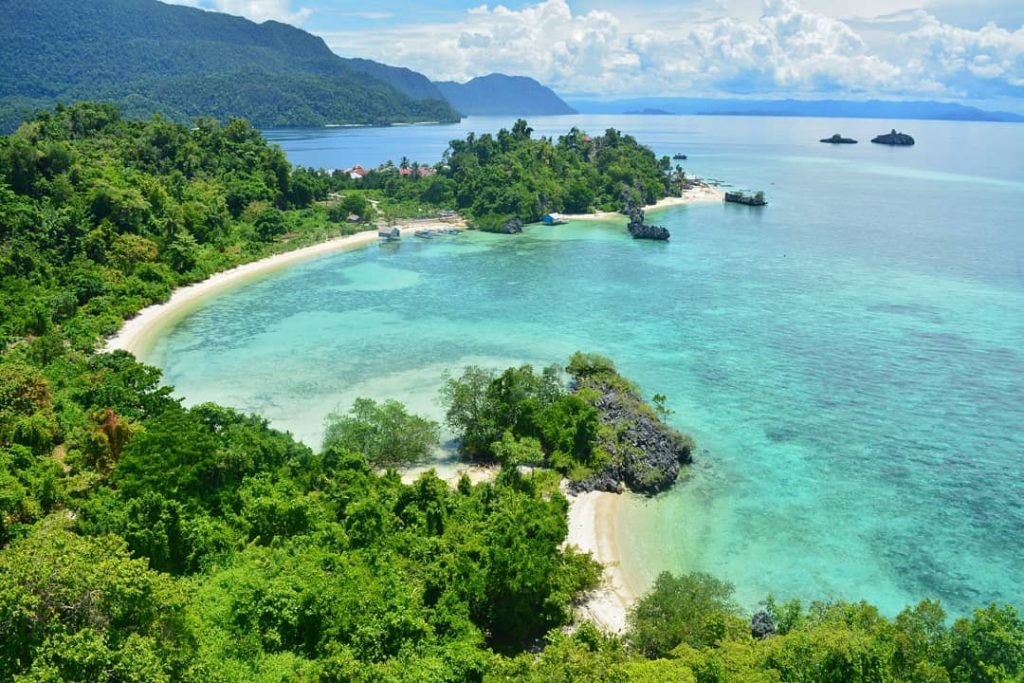 The geographical location of Central Sulawesi makes it has a variety of natural attractions, from sea tourism, river tourism, mountain tourism, forest tourism. Lake Poso is the third largest lake in Indonesia and has a length of about 32 km and a width of 16 km, with a depth of almost 195 meters. 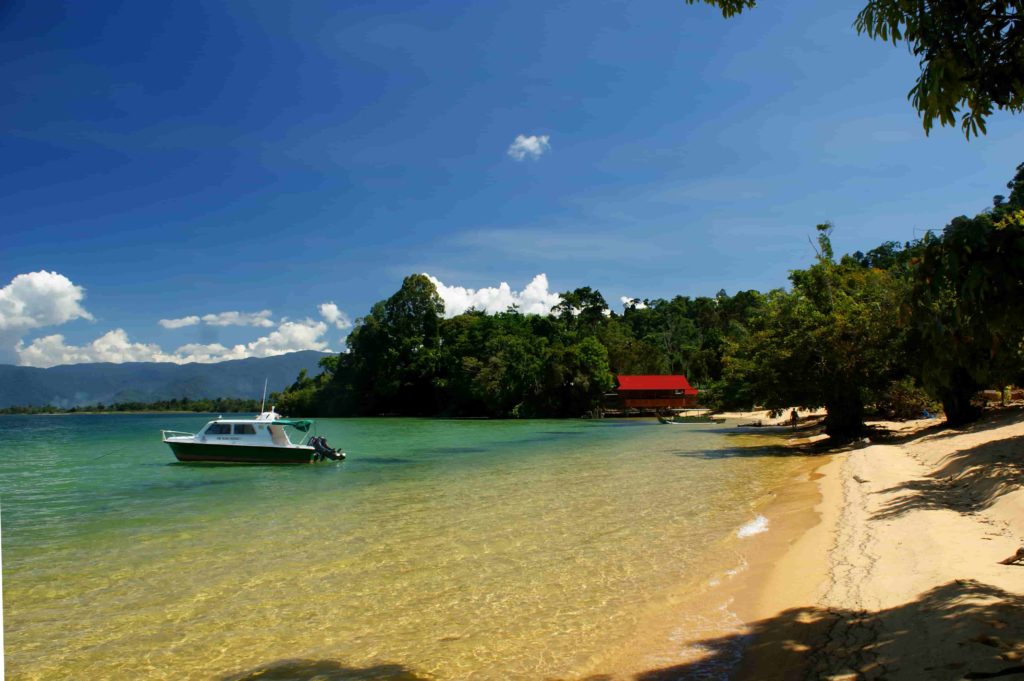 Lake Poso, whose water is very clear, is surrounded by hills and forests and is located in Poso Regency. On Lake Poso there is a stretch of white sand covering the banks of the lake, white sand which is commonly found on the beach. 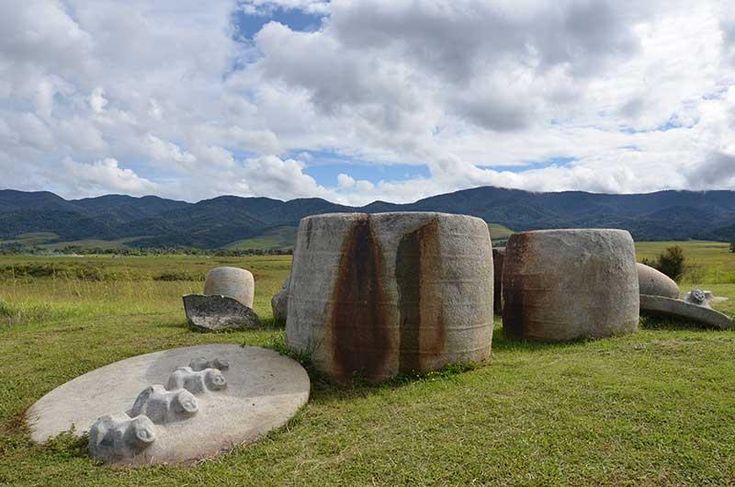 Lore Lindu National Park also has at least 5 types of squirrels and 31 of 38 species of mice, including endemic species. There are at least 55 types of bats and more than 230 species of birds, including the maleo, 2 species of Sulawesi hornbills. 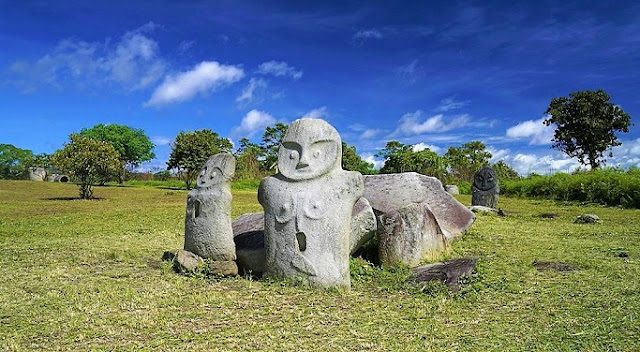 Thousands of insects can be seen around this park. Worth observing are striking colored butterflies that fly around the park as well as along the paths and streams.

Megalithic statues that are hundreds or thousands of years old are scattered in the Lore Lindu National Park areas such as Napu Valley, Besoa and Bada. These statues are the best stone monuments among similar statues in Indonesia. 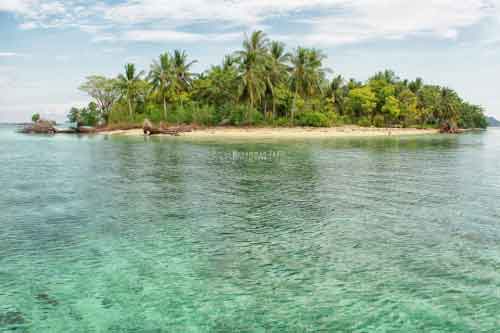 Lutungan Island is one of the main tourist attractions in Tolitoli Regency. The island has white sand beaches and marine parks with a variety of coral reefs and fish species. Apart from having a natural panorama, this island has historical value, because there is the tomb of the King of Toli-Toli named Syaefudin Bantilan this island. 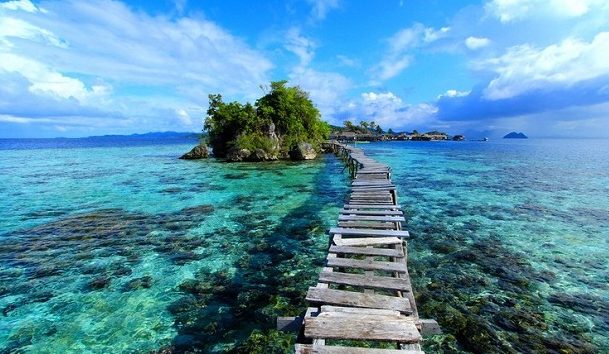 The Tolitoli community knows it as Tando Kanau (Tanjung Enau), because the island’s peninsula was once filled with palm trees. There various activities on Luntungan Island, such as snorkeling, diving, swimming, also enjoying the sunset and sunrise.

Aside from being a tourist destination, these tourists are often visited by tourists in search of blessings. By plugging in the coconut midrib and pulling it out. If the midrib is short, the request will not come true. 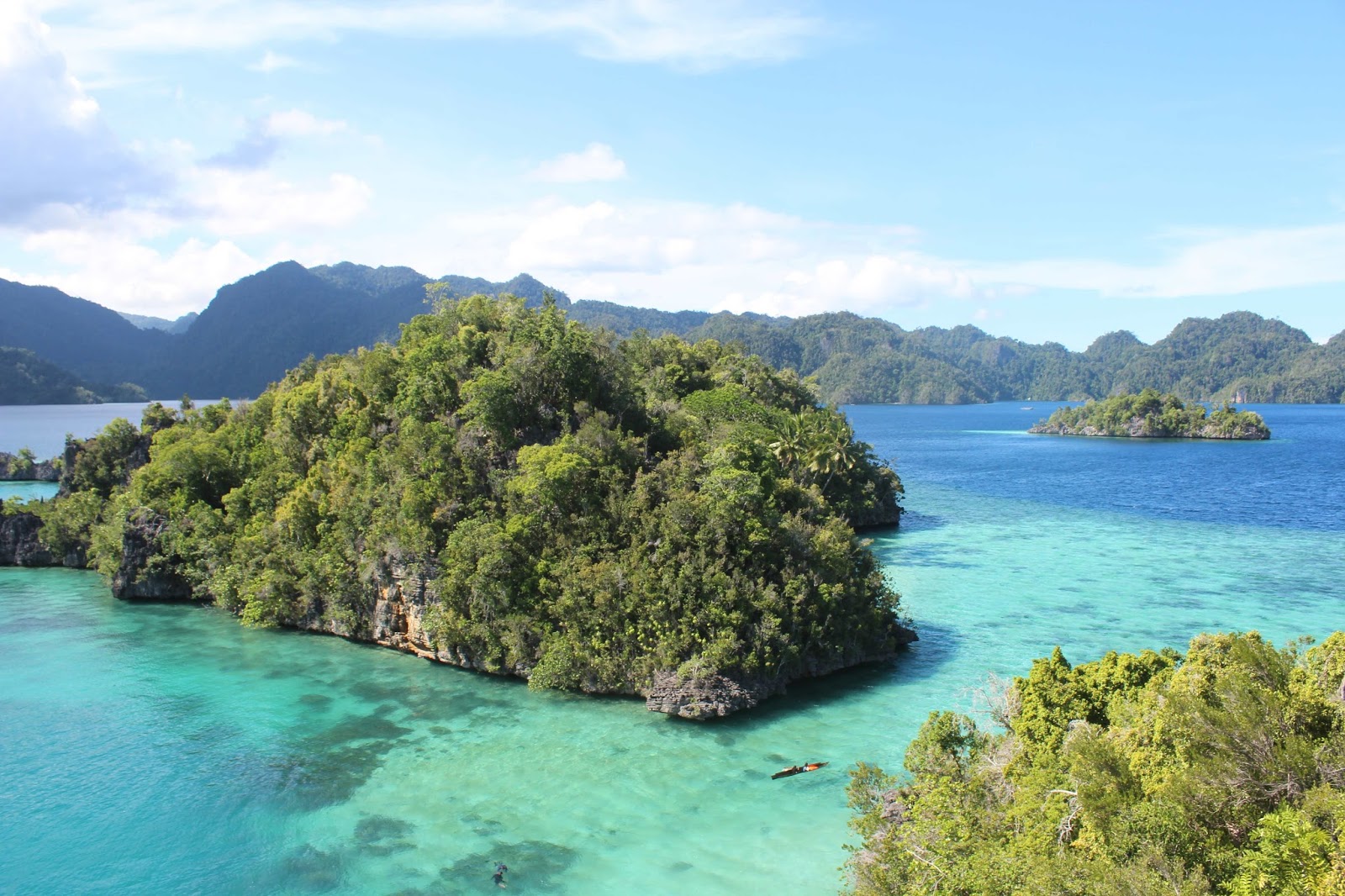 The Sombori Islands in the southeast of Morowali, Central Sulawesi, are tourist attractions as well as conservation areas. Sombori Island which has an area of about 41,340 ha, has a spot called Tebing Kahyangan, which is a point to enjoy the natural panorama of the islands from a height, as well as cool photo spots. 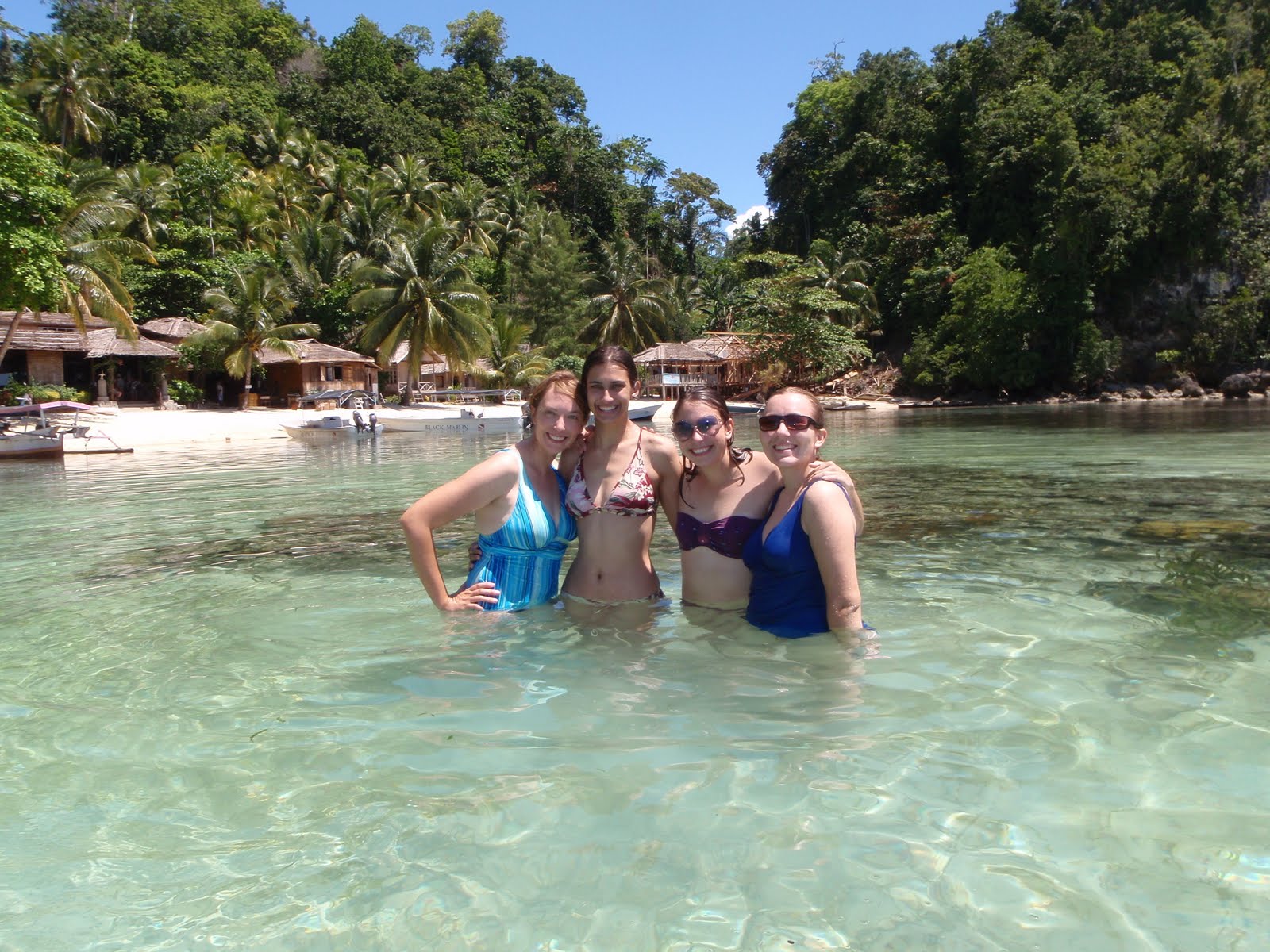 The view seen from the height of Tebing Kahyangan is very similar to Raja Ampat in West Papua. Other activities that can be done are island hopping or exploring the island, snorkeling and diving, and also playing on the beach.

The Togean Islands in Central Sulawesi, are made of 56 islands, and known internationally for exceptional diving spots, a wide variety of endemic species, and eco-tourism destinations. At the southern point, those islands are bordered by Buka Buka Island, home to one of the most popular resorts of the regions, called Reconnect, which recently gained international and national attention.